We’re members of several wine clubs in the area, which encourages us to go visit the wineries to pick up our wine instead of paying to have it shipped.

But that means driving into the Santa Cruz Mountains on weekends – it’s not too bad except during the summer, when everyone wants to go to Santa Cruz and five-mile-long traffic jams on Highway 17 (two lanes and curvy) aren’t unusual.

Today, though, I had an idea – what if we left early and drove to Santa Cruz, took a walk there, and then stopped at the wineries on the way home? That would also let us put some mileage on Diane’s car and charge its battery – a double win!

“Early” meant we were in the car about 9:45am, but it was early enough – we had smooth sailing until about two miles before the summit. Google Maps said there was a 13-minute slowdown, and sure enough, 13 minutes later we passed a three-car accident that was blocking the left lane. And that was all the traffic we had to contend with.

We parked near Silver Mountain Winery‘s tasting room on Ingalls Street in Santa Cruz and visited 11th Hour Coffee to gird ourselves for the walk to the beach.

It was surprisingly cool in Santa Cruz with a bit of wind – I hadn’t bothered to check the weather before we left, so we hadn’t brought jackets. We survived.

It was nearly 11 by the time we reached West Cliff Drive, but it wasn’t very busy yet. There were still a few hopeful fishermen trying their luck. 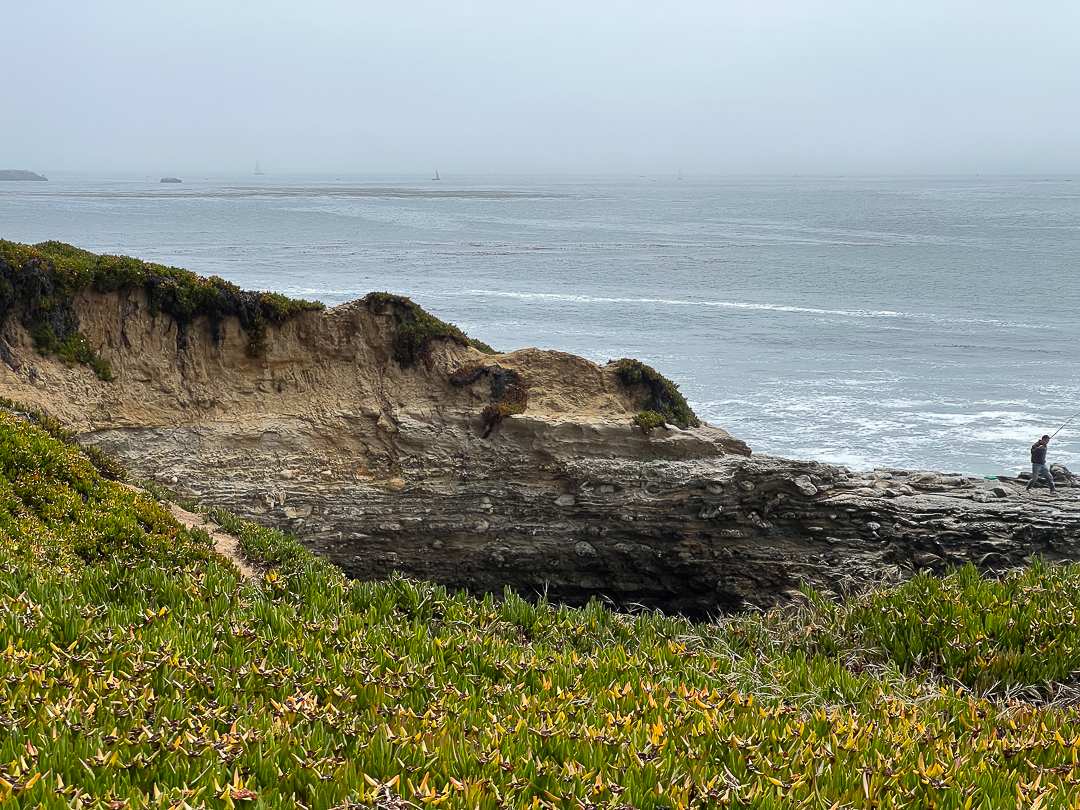 We walked from Swift Street to a little past the Surfing Museum, stopping occasionally to enjoy the view. 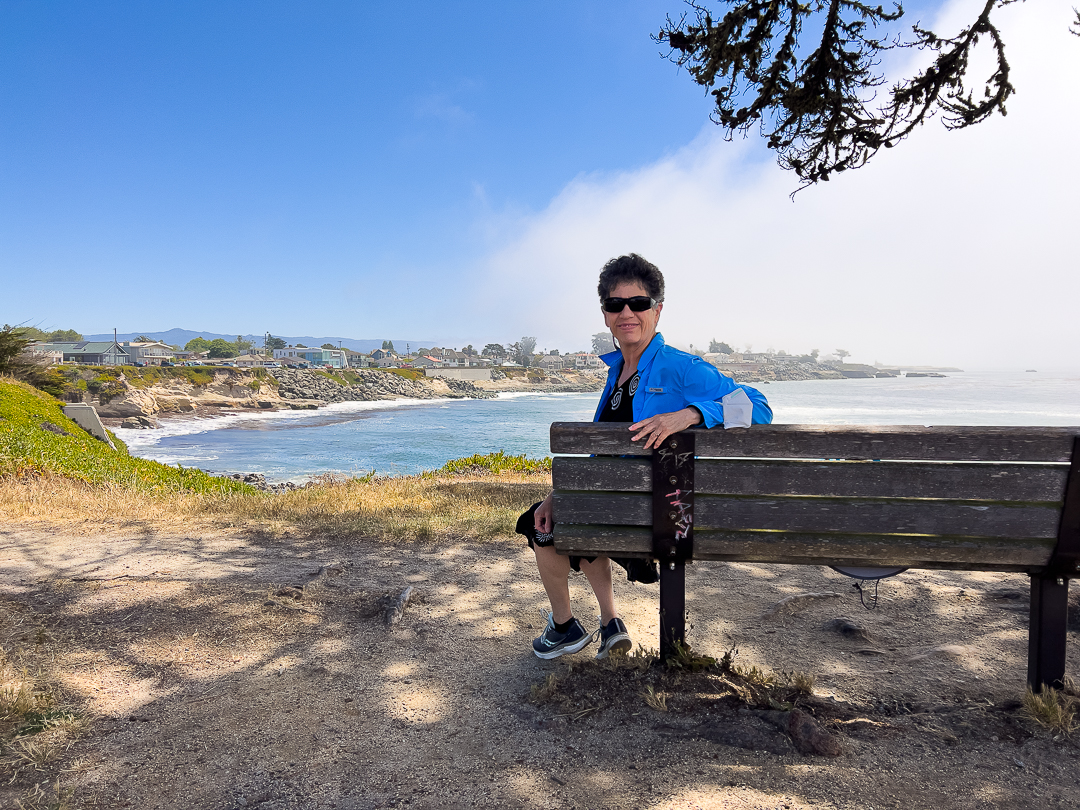 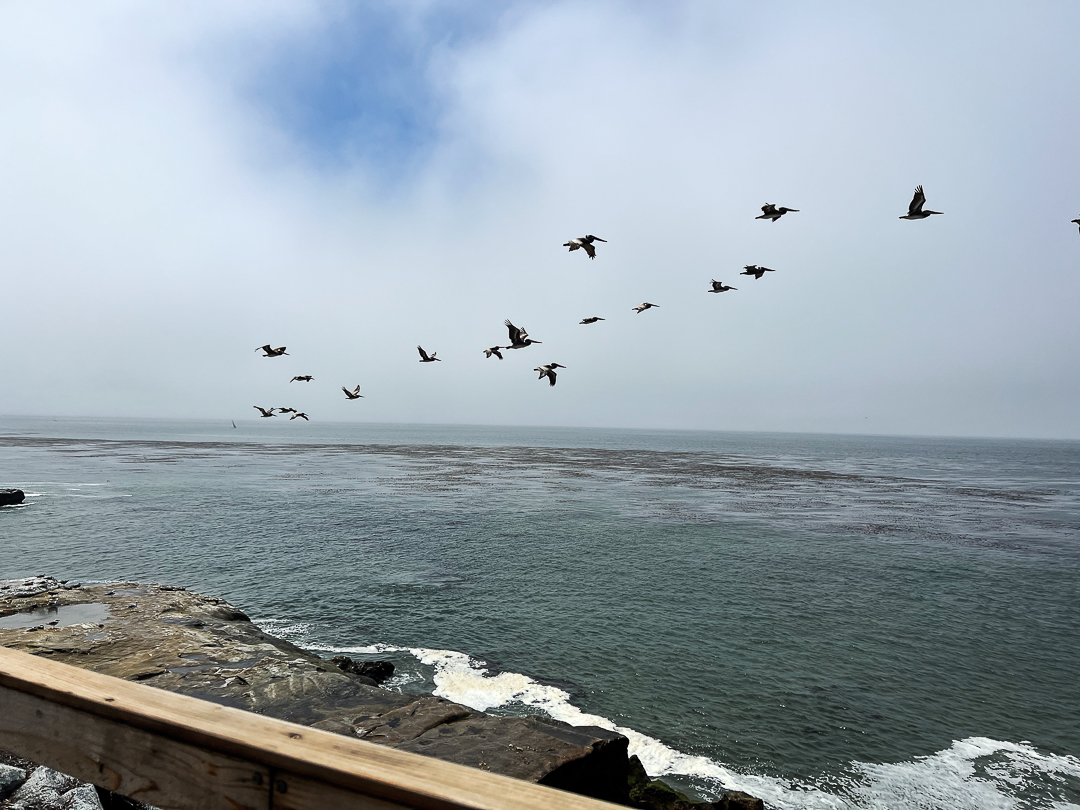 The fog had lifted and there were lots more people driving on West Cliff Drive, so we left the beach behind and walked back to the tasting room. 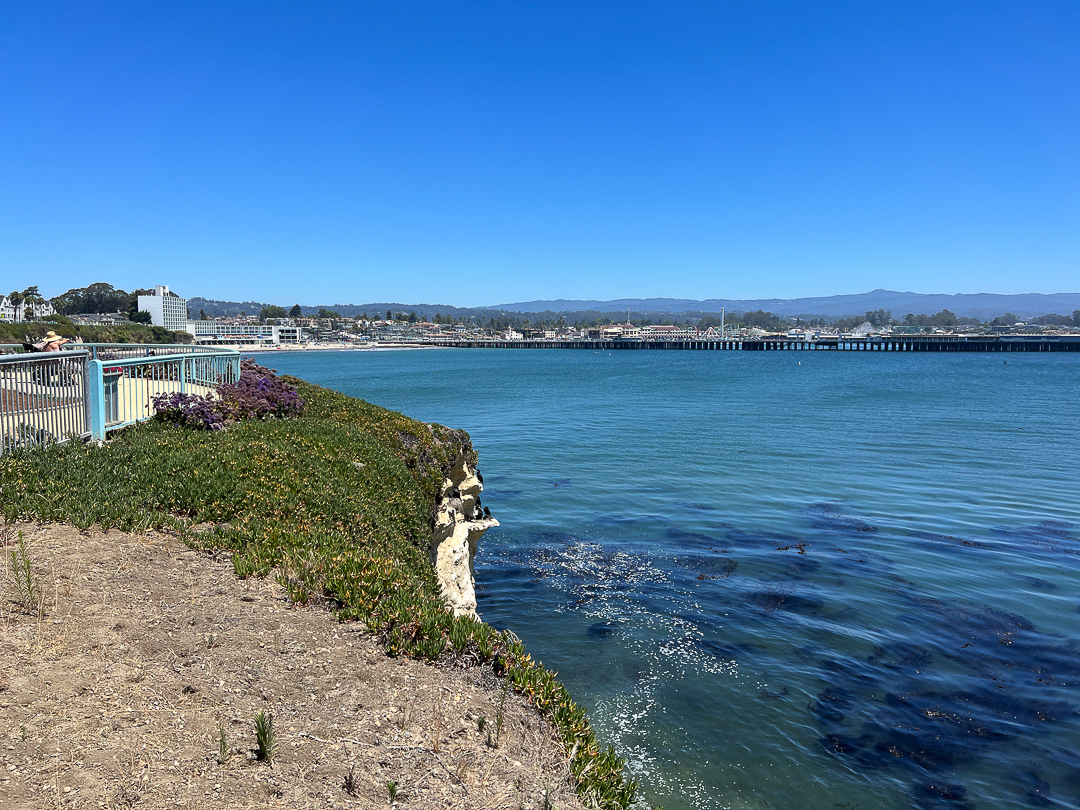 We had a healthy lunch at West End Tap (well, we had salads and eschewed the beer, so we tried to be healthy), picked up our wine, and drove north to our next winery, Burrell School Vineyards.

I was shocked when we got there – the parking lot was empty! But there were signs saying “welcome” and music was coming from the garden, so we went to the tasting room and were warmly welcomed. Our server told us that it had taken her more than an hour to get to the winery from Los Gatos instead of her usual 25 minutes, even though she tried all the back roads. 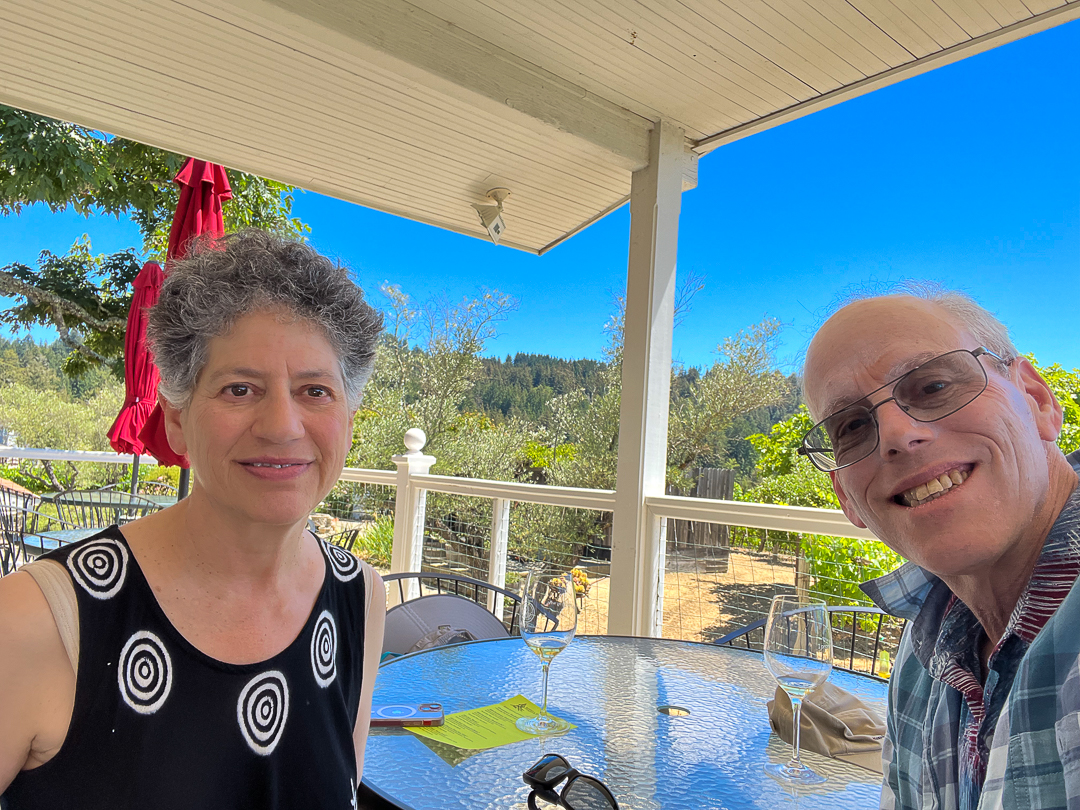 We sat on the deck and enjoyed the wine and the music – the service was great, too! I went down to the garden to talk with the musician, Yoshi Senzaki and buy his CD. Another party eventually arrived; we left, so they could have the same private experience we’d had.