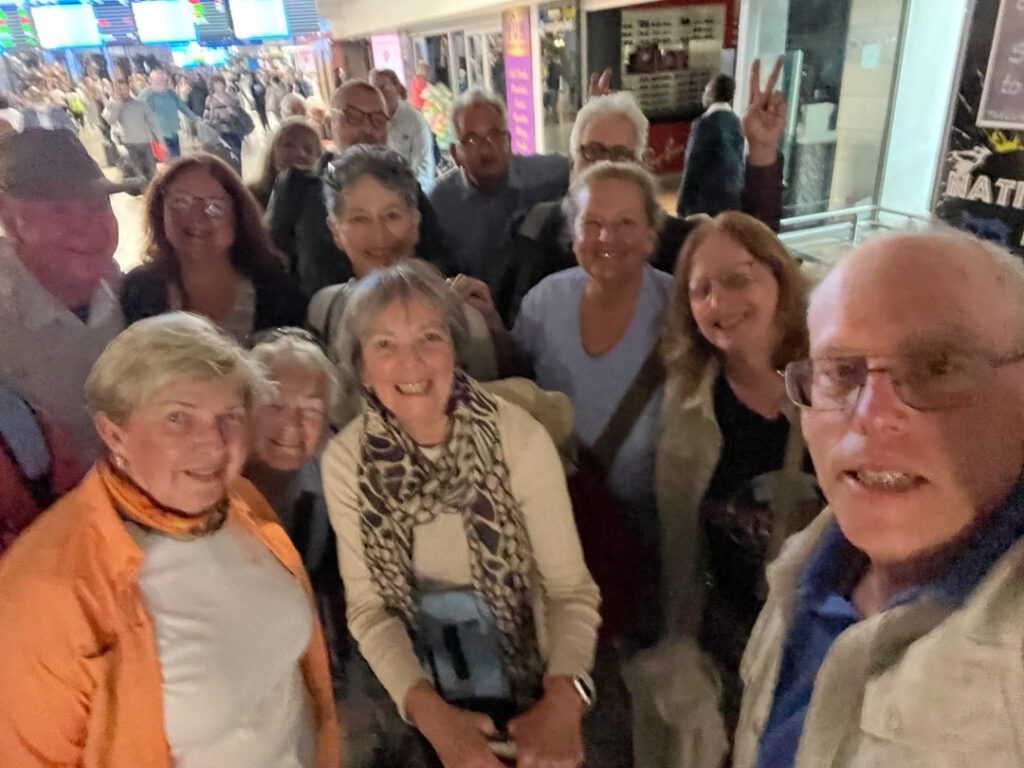 We’re back in Johannesburg, this time at the City Lodge Hotel at the airport. The flight itself was uneventful, but the half of our group who’d stayed at Tintswalo Safari Lodge barely made the plane – their route to the highway was blocked by protestors! Airlink held the plane for them (they were probably 25% of the passengers) and we still landed early in Johannesburg.

We took a bus into the terminal and waited for our luggage to be delivered. And then the lights went out – apparently the airport is not immune to load-shedding! It took another 20 minutes for everyone to get their luggage, and then our AMA leader, Beverly, directed the group through the dimly lit corridors until those who were flying home and those who are continuing on had to part ways.

Our half of the group had a good, if short, morning game drive at Makanyi. Our first sighting was the elusive African CAT tidying up a waterhole. 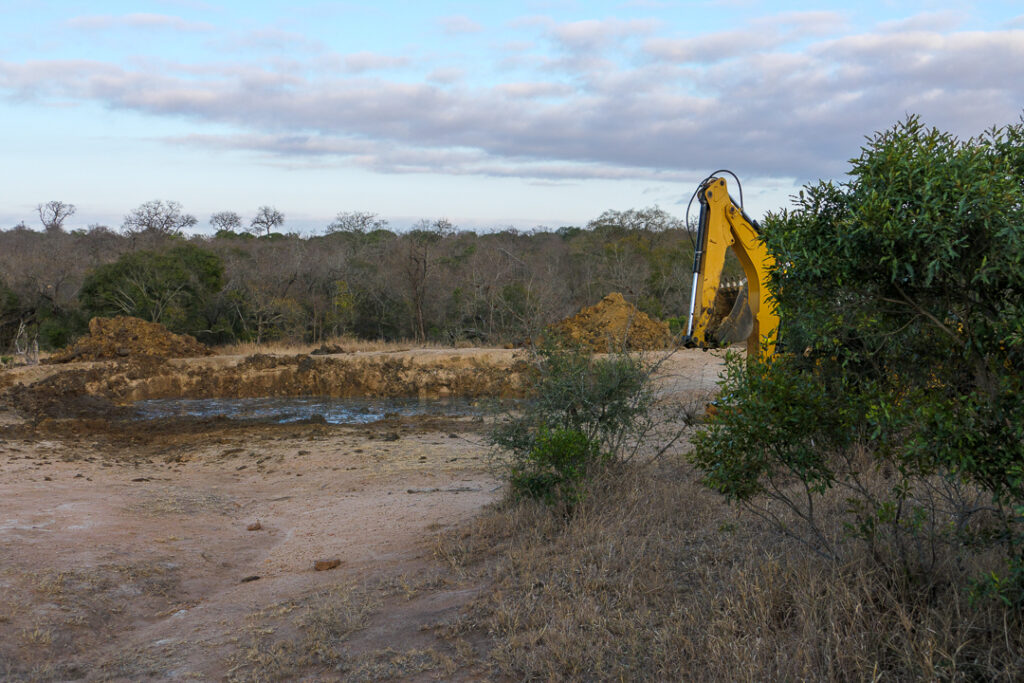 After that, we found the pack of African wild dogs that the other groups had already seen. First, we caught up with the pups. 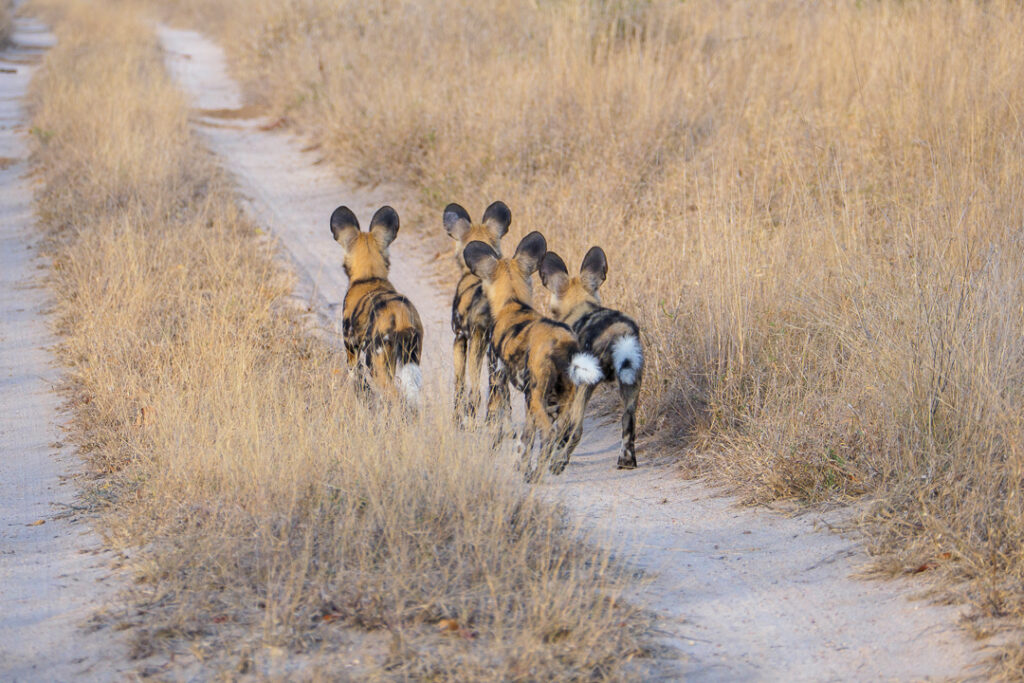 We set out to find the rest of the pack, but ran into a hyena first – Alfred, our guide, told us that the hyena was also looking for the pack to take away some of their food. 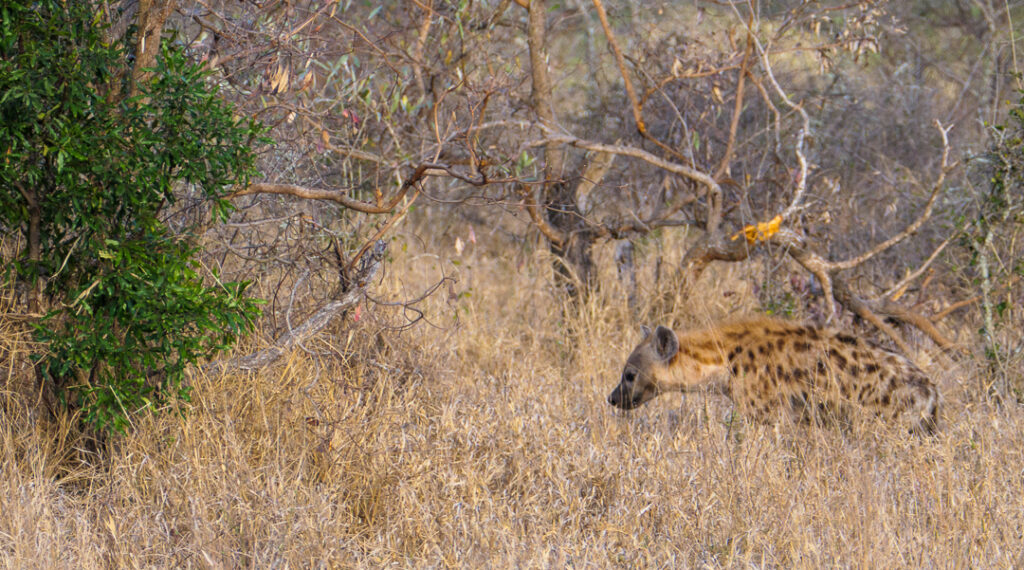 We left the hyena to its own devices and kept searching for the pack; eventually, we found it. At first glance, they look like any other dogs. 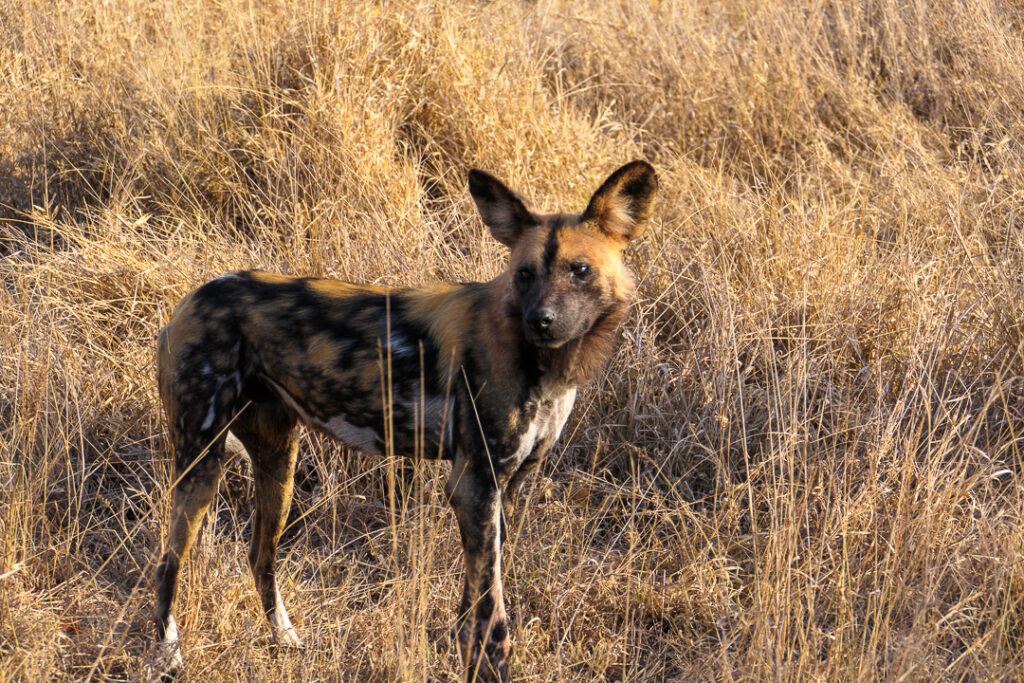 But when they are together, they are formidable – and fearless.

We had to return to the lodge, but we had one more new bird sighting on the way, a little bee-eater. 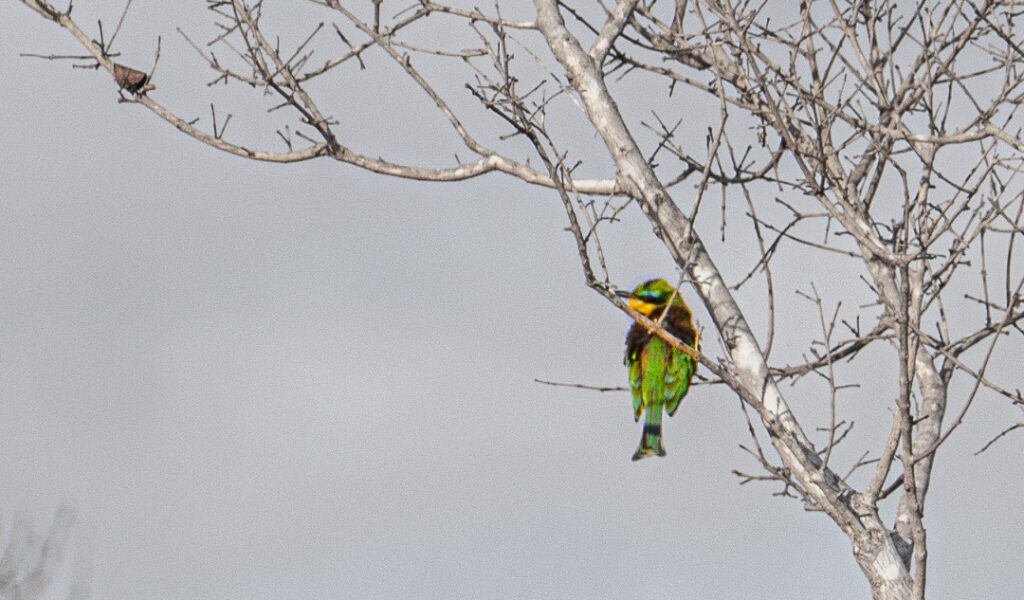 Everyone packed up and said goodbye to the lodge staff. It had been a great four days. 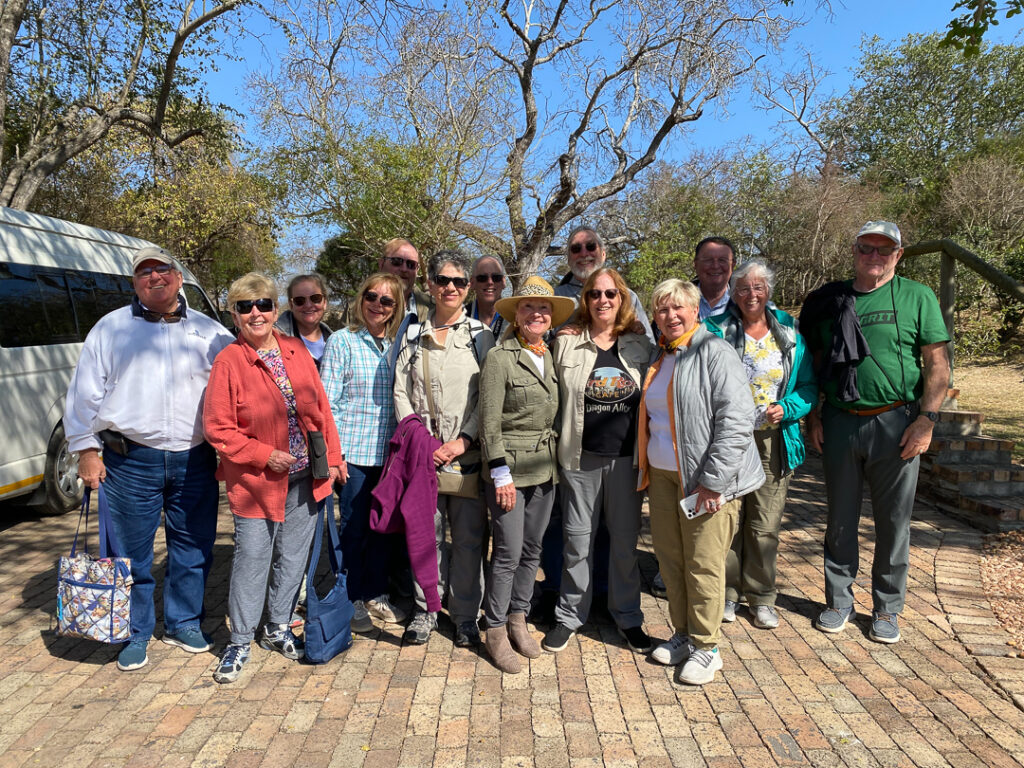 It took nearly an hour to get out of the game reserve, so we had a chance for one last zebra sighting. 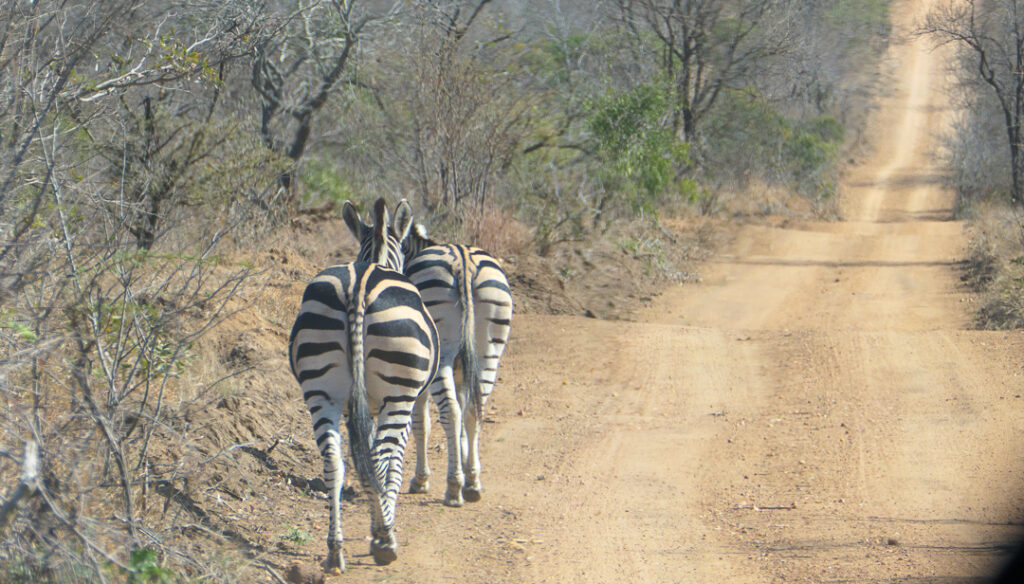 And that was the end.

Tomorrow, we start the two-day trip to Serengeti Sojourn Camp with a four-hour flight to Nairobi, three hours on the ground, a one-hour flight to Kilimanjaro, and a drive to the Arusha Coffee Lodge for an overnight stay.