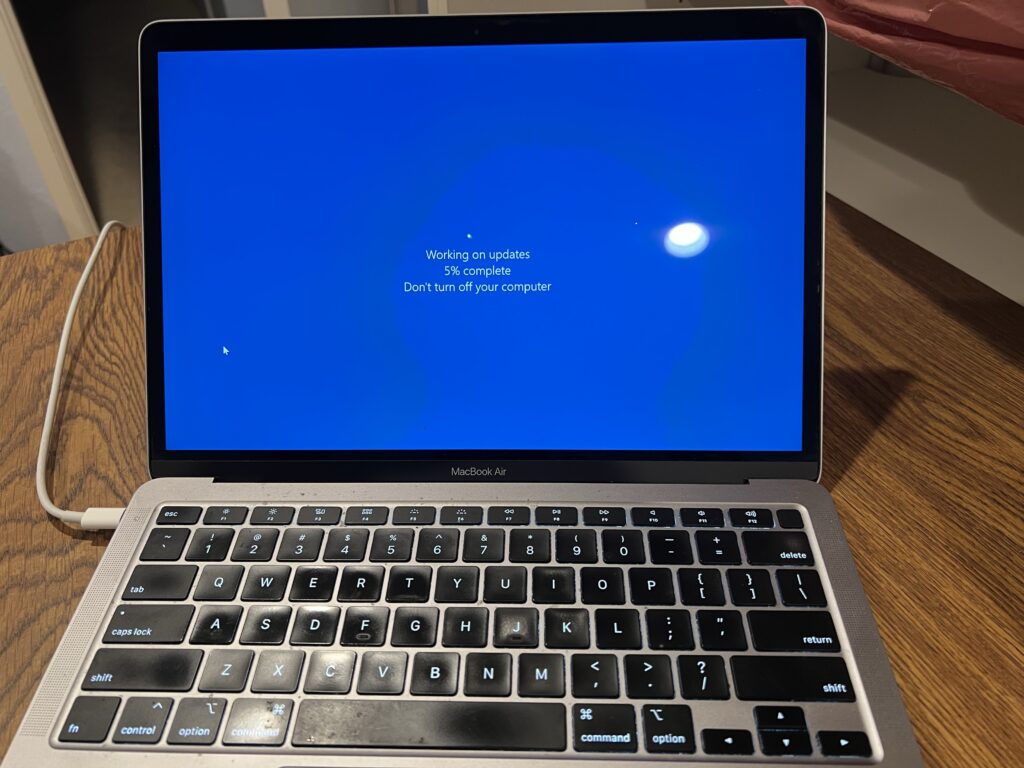 Now that I’ve migrated to this nice M2 Mac Book Air, the next question is “what should I do with the Intel Mac Book Air?” I could try to sell it privately or trade it in at Apple, but I hope to be able to use it to run Diane’s Windows apps instead. It’s got twice the memory and four times the disk space of her existing laptop, and the processor is four generations newer, too.

This afternoon, I installed Windows 10 on a Boot Camp partition and then I installed trial versions of Diane’s mission-critical applications (Forever Artisan and Forever Historian) to see if they work. They seem to, at least to the extent that I use them; tomorrow, I’ll copy Diane’s data over and let her decide if it’s a plausible environment for her to use.