I went out for a walk early this morning and saw this fine fellow – he let me get pretty close before flying away. 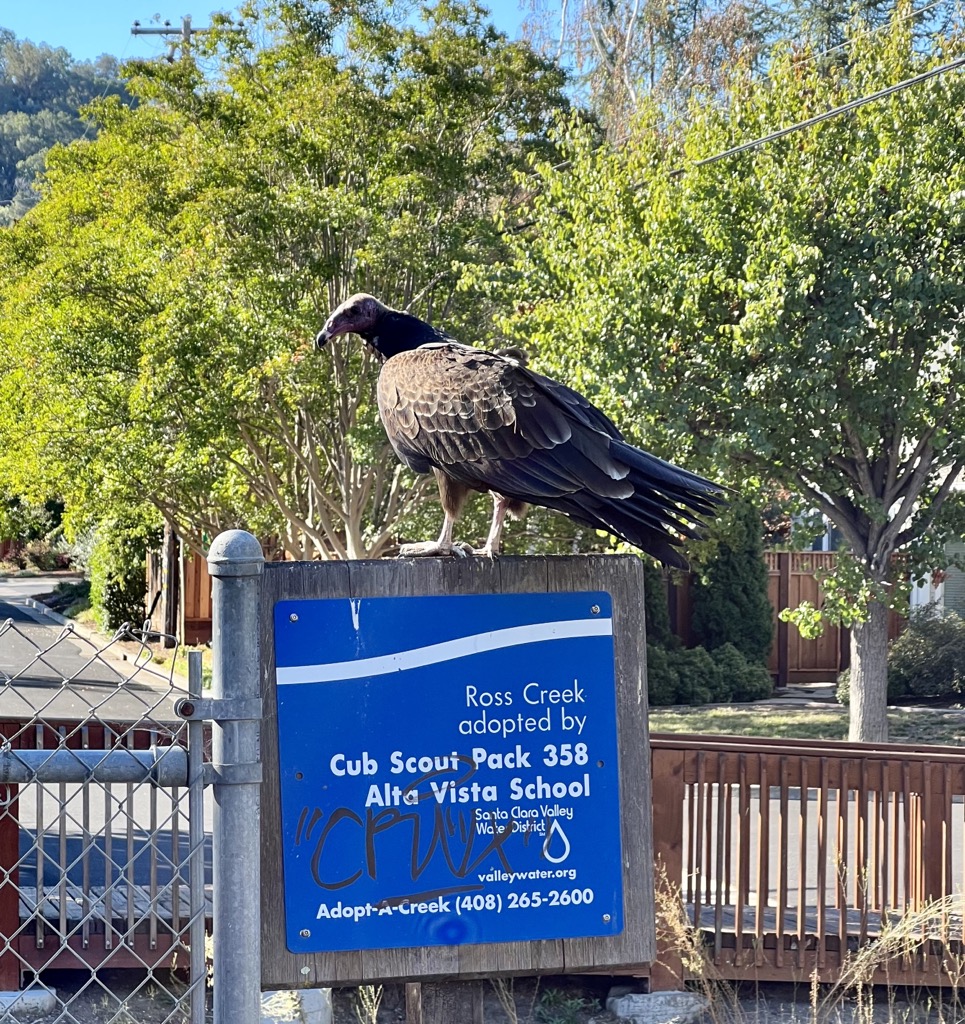 Diane read Torah at Shir Hadash this morning, but I wasn’t able to be there, because I had to go to the Toastmasters District Council Meeting. Fortunately, it was on Zoom; unfortunately, it wasn’t very productive – we’ll have to re-vote on the District Budget after a few questions get answered.

I spent most of the rest of the day moving Diane’s photos and programs to my old MacBook Air, as planned. The first step was to reinstall Windows yet again so that I can (I hope) reuse the Windows Pro license I’d bought for her old machine – that was pretty straightforward.

Then I copied her photos and the Artisan software to the new machine. Again, easy. But when I tried to bring over the art kits and other assets she uses to create her projects, I ran into problems – none of the tagging she’d done came across.

Apparently Windows programs save their state in subdirectories of the user’s AppData\Roaming\ directory; some of the instructions I found called for copying some specific files from there to the new machine. I wonder if copying the entire subdirectory would bring over all of the work she’s done – I’ll find out tomorrow, I guess.

Oh, well, at least I’m getting familiar with Windows again!