Diane was in a photo “virtual crop” session this afternoon and evening, so I had seven full hours available to cull and tag several days worth of Africa photos and watch one or two sessions from the Lightroom Virtual Summit.

So naturally I started the afternoon by watching David Sparks and Stephen Hackett talk about their backpacks.

And then I started playing with Raycast as a possible replacement for LaunchBar, which hasn’t been updated for a very long time. I went through the Raycast tutorial and ran into a weird problem – it couldn’t find files in my user directory (though it could find the exact same files if I started at the root directory on the machine). After much digging, I eventually discovered that my Spotlight index was damaged, so I rebuilt it and now Raycast is able to find files properly. 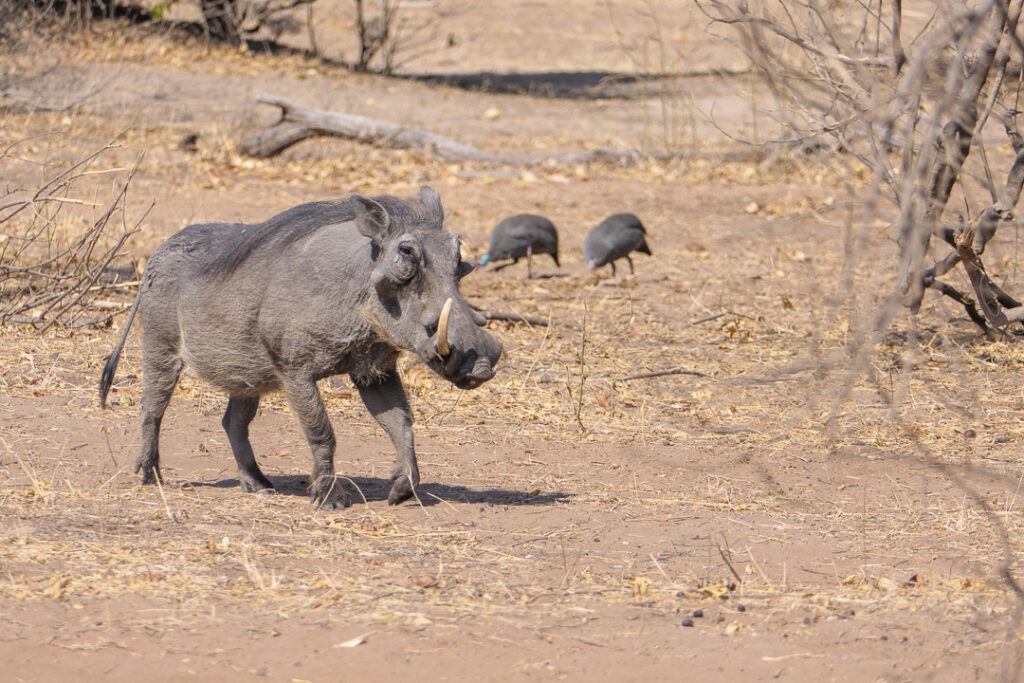 And then I actually did start to cull photos from Africa. I’m tagging all the photos with the animal (or bird or flower) that they contain so that I can look at, say, all the warthogs and pick out the best photos across the entire trip. It’s easy to recognize a warthog – but I need help identifying flowers and birds. Google Image Search is my tool of choice, but using it can be a pain. I created a keyboard shortcut in Lightroom which exports a photo to my desktop, resizes it, and sends it to Google Image Search, and that works well. Unless the thing I’m trying to identify doesn’t take up much of the photo, like a bird in a landscape – Google tells me it’s a landscape, which is not helpful.

I’d been cropping the photo to emphasize the object in question, then doing the search, then uncropping, but that seemed unnecessarily complicated. What I wanted to do was to zoom in on the object, then search based what was on the screen. I haven’t figured out how to do that yet, but I did find a way to take a screenshot and automatically pass that to Google Image Search. To do that, I had to be able to find the most recent screenshot on my desktop, which was clearly a small matter of programming. Some time later, I had the solution, a Shortcut which ran a shell script:

What could be easier than that?

And then I got back to culling and tagging and eventually finished with the day we spent in Chobe National Park – I threw out more than half the photos I took that day (and there are more to be culled).

Diane’s session ended about the time I finished culling the photos – and I still haven’t watched any of the Lightroom videos. But she’ll be cropping again tomorrow, so there’s a chance.