Celebrity Cruises has a loyalty program which offers rewards as you earn more and more points. We’ve earned enough that each of us gets one free bag of laundry on every cruise, but that’s not enough to get through a long trip. The next status level doubles the free laundry allotment, but it’s still pretty far away.

They’ve started offering ways to earn rewards points without taking a cruise, which seems potentially useful. So far, the only offers I’ve seen have required us to watch a “webinar” about a destination (“webinar” is code for “infomercial”), which hasn’t been too onerous. Today’s offer was a webinar about their Alaska cruises and cruise tours; we sat down to watch and enjoy the very nice photography (and I’m sure they were saying things, too).

There was a problem, though – every minute or two, the video player controls popped up and blocked some of the picture. I couldn’t figure out the reason, nor could I stop it. And I didn’t want to stop the video because then I probably wouldn’t get the credit for watching it.

After the video ended, I had a thought – would a different browser work better? I usually use Safari, since it’s the default on the Mac, but I fired up Chrome and went back to the video. And it worked – the controls didn’t pop up, so I could enjoy the photography. Well, I could have if I’d been watching, but we had dinner to make!

Other than that, it was a pretty quiet day. I did some more culling, labeling, and editing of photos from Africa – tonight’s photo is of a hadeda, taken at the Fairlawns Hotel and Spa in Johannesburg. 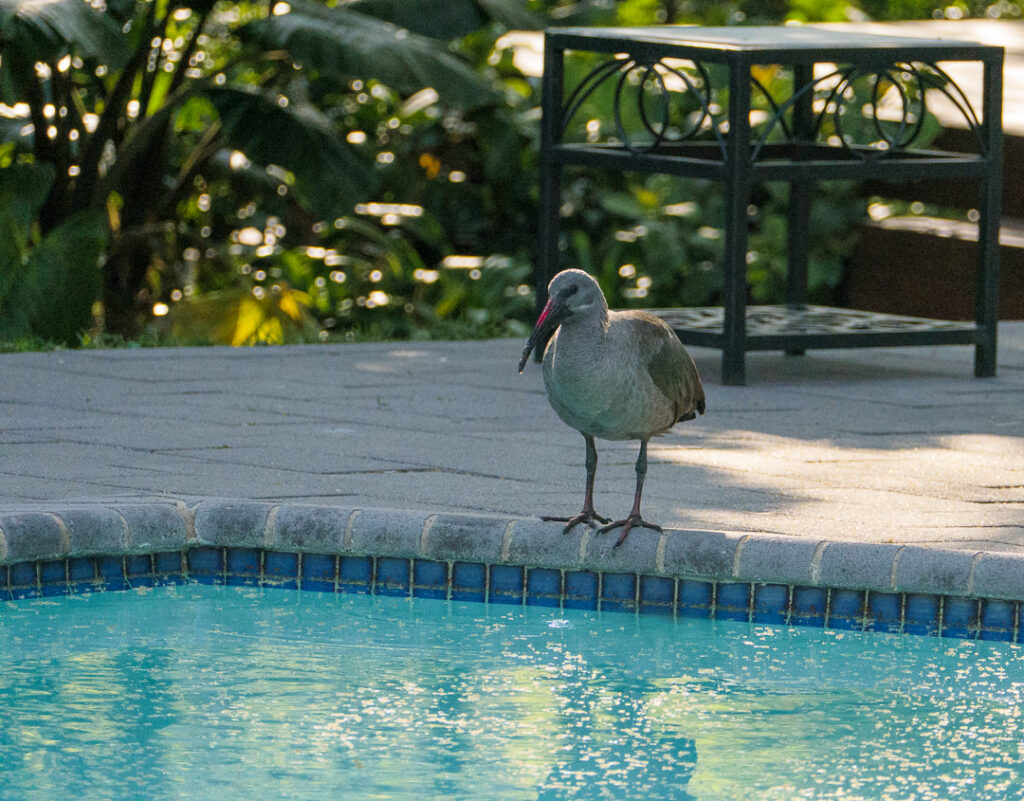