The Shir Hadash Men’s Club has an annual Latke and Comedy dinner; members are asked to bring six or more latkes, and the club also orders sandwiches. It’s a fun event, even if it’s not diet-safe.

The last time we had the event in person was 2019; I brought Trader Joe’s frozen latkes which I had heated in the oven. They were pretty blah, if I do say so myself.

But that was before the pandemic, before I did much cooking, and before I owned an All-Clad skillet. So I decided to bring Trader Joe’s frozen latkes again, but this time, I’d pan-fry them!

They fit perfectly in my 12-inch skillet. 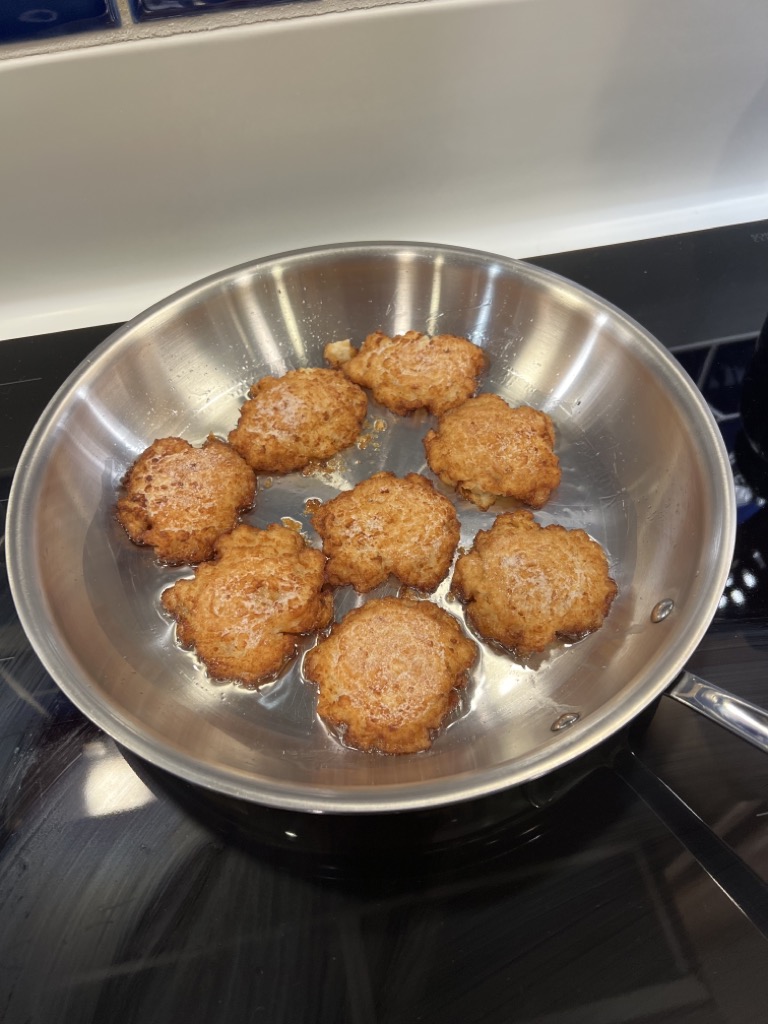 I followed the directions faithfully, but the latkes lost their integrity when I turned them. 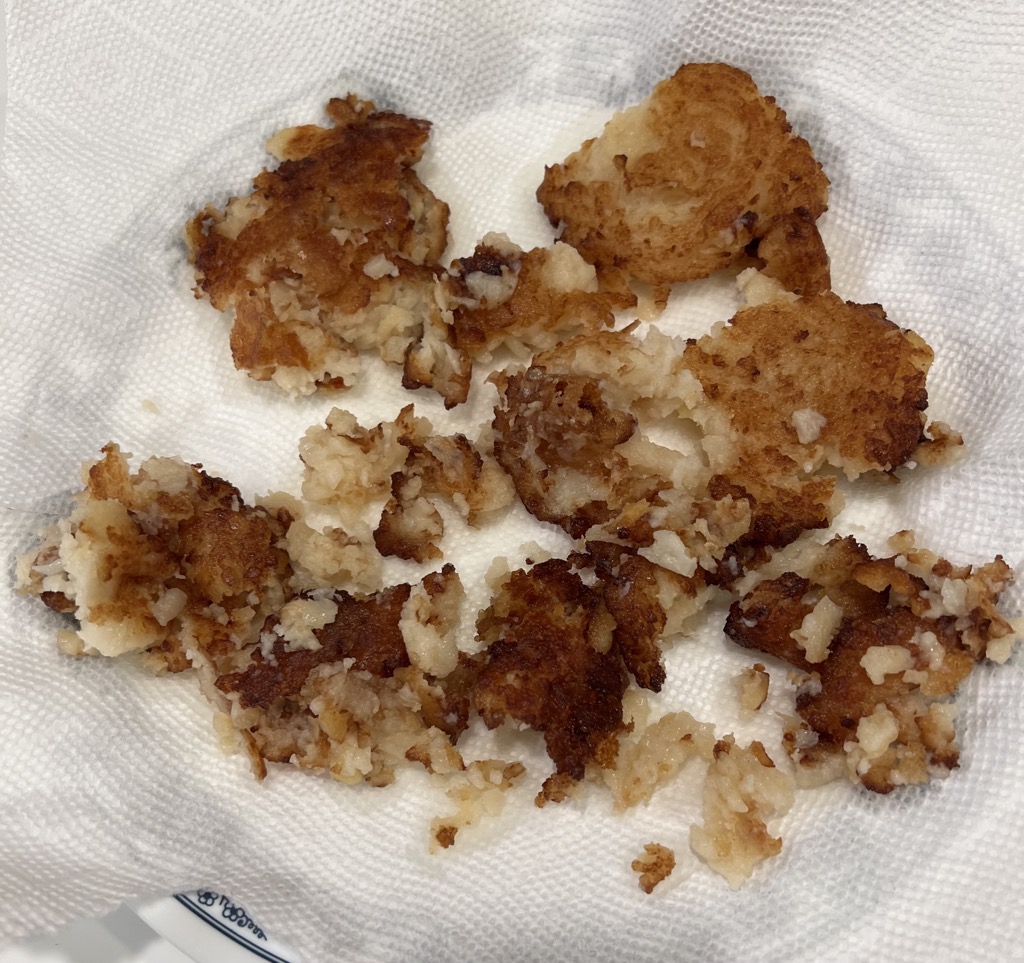 I brought them anyway. They did not win the popularity contest.

I’m hoping to do better next year – advice welcome!

3 thoughts on “Better Luck Next Year”