Today was the last Silver Tongued Cats meeting for the year, followed by a get-together at Panera Bread. I left the house a little later than I planned, so I was walking very briskly (and listening to a podcast) when I noticed a woman across the street gesturing to get my attention.

I removed my headphones; she pointed behind me and asked “what are those birds called?”

I hadn’t noticed any birds. I turned around and saw that there was a committee (more than a dozen, in fact) of vultures (thanks for the ID, Google!) on the roof of the house next to me. 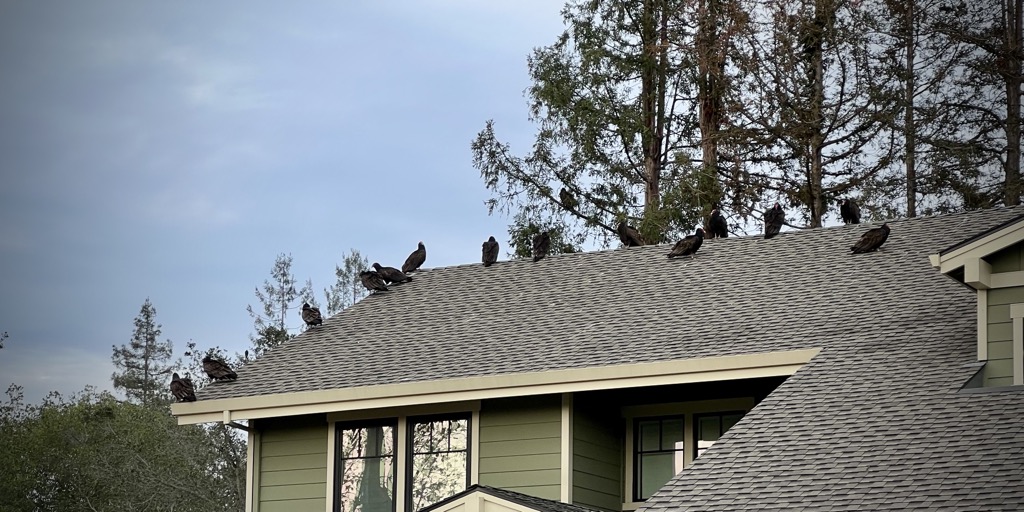 Neither of us had seen anything like that in the neighborhood before. We chatted for a couple of minutes and I resumed my power walk to Panera.

An hour later, I was going home. I stopped at the same place; there were still a lot of vultures waiting at the same house. 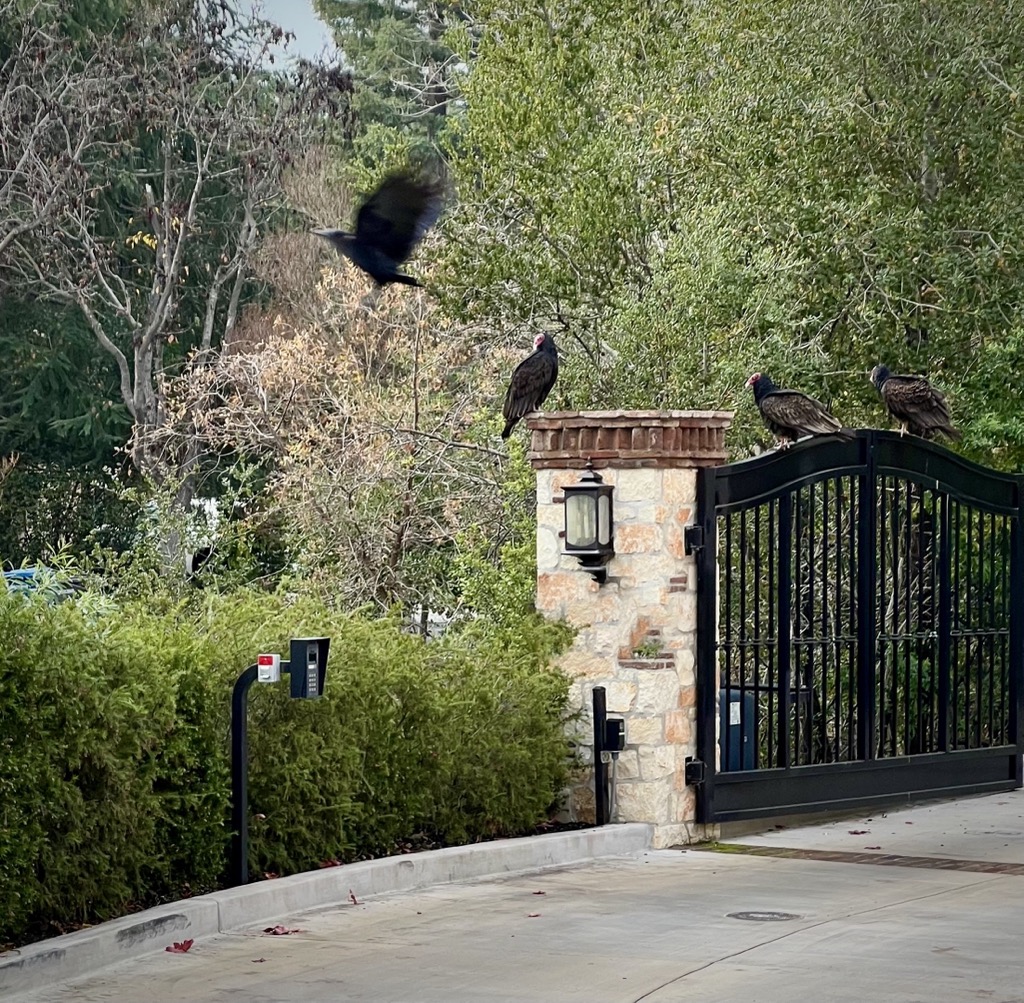 There were also a lot more ducks in Ross Creek (next to the house) than usual, and they were pretty active. 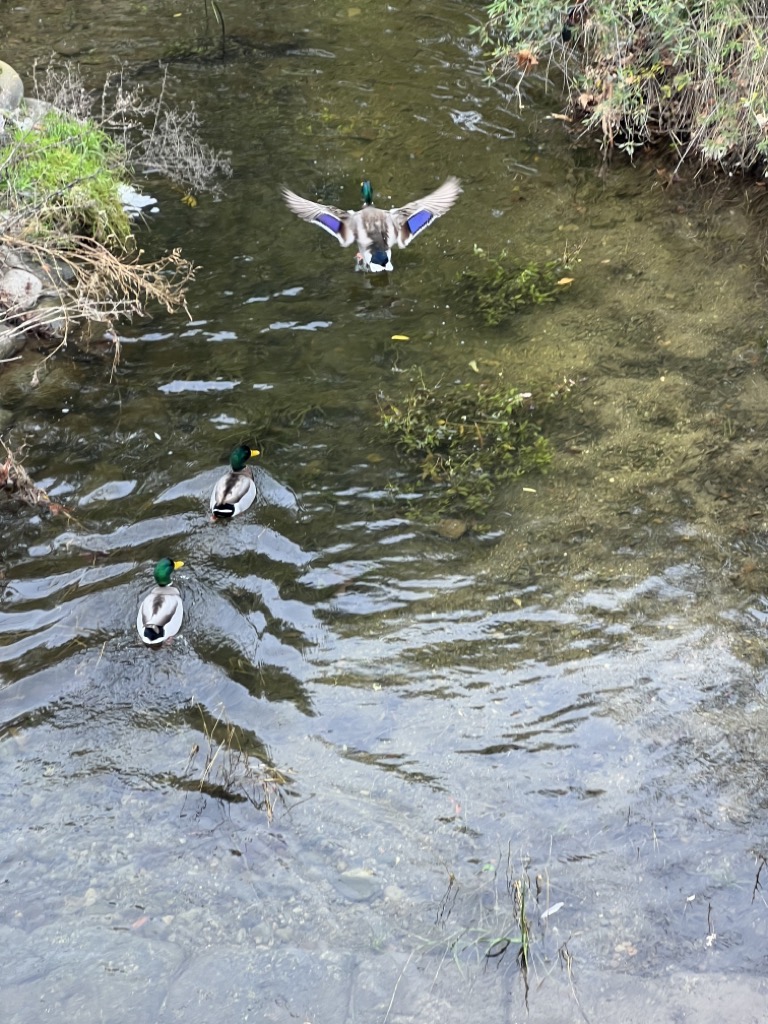 Diane and I went back to Ross Creek this evening; there were still a lot of ducks there, which is unusual that late in the day. 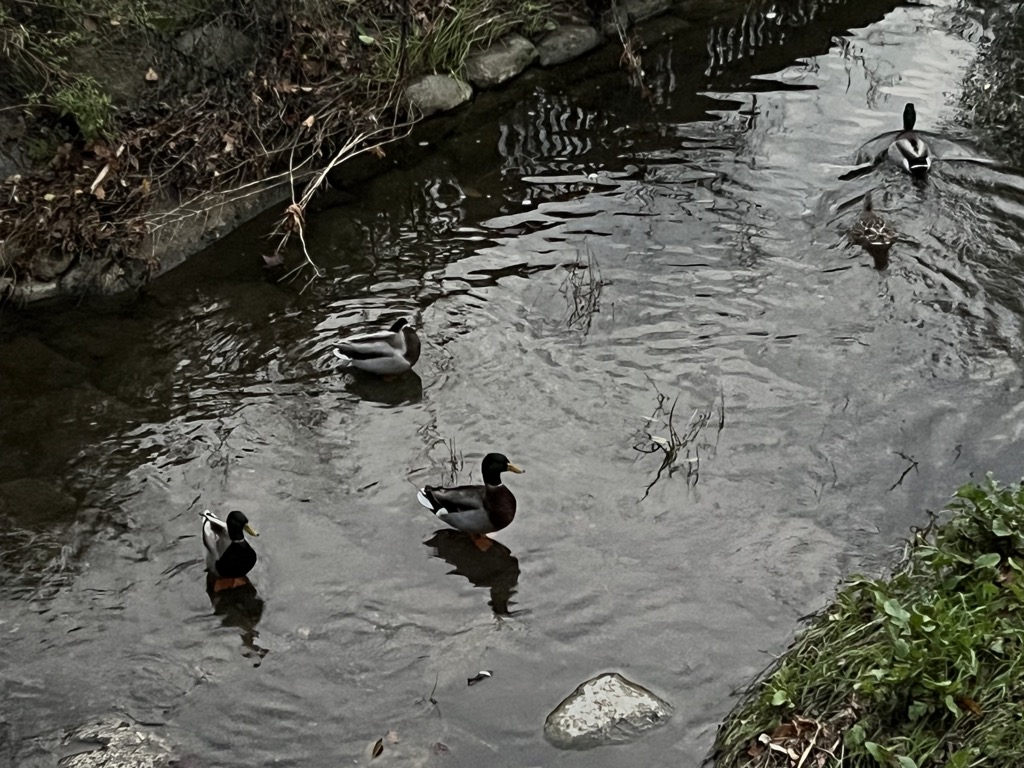 I didn’t see any vultures this evening, but we’ll see what tomorrow brings.