It’s been raining all day, as predicted. The rain was pretty light this morning; Diane and I took our usual Wednesday morning walk and came back just wet enough to warrant hanging our coats in the bathtub instead of the closet. And that’s how it was until about 5pm.

Then the winds picked up and the rain got a lot louder – I could hear it hitting the fireplace damper. I even turned on the local TV news to get information – they successfully filled 20 minutes with five minutes’ worth of news, which made me feel better about turning it off again.

A few minutes ago, my friend Sam passed along an alert from Valley Water saying that Ross Creek (which is just behind our house) had reached “flood monitoring stage” a couple of miles downstream and asked how it was here, so we went out and looked. 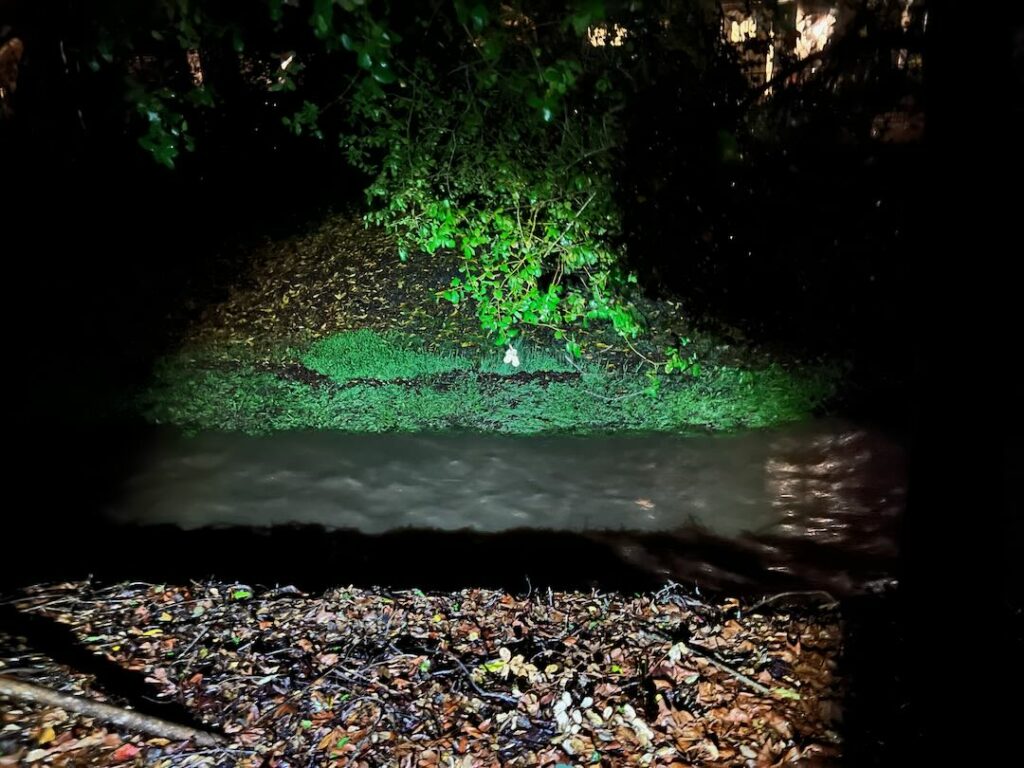 The water appears to be four or five feet below the edge of the bank, so we should be fine as long as nothing dams up the flow.

Valley Water’s Surface Water Data Portal shows that the creek level has dropped more than a foot at the gauge half a mile upstream from us and nearly two feet at the downstream gauge in the 90 minutes since the alert was issued, which is also comforting.

One thought on “If the creek don’t rise….”