I spent most of the day ripping more discs, mostly Marx Brothers DVDs. I also got started on ripping my Mel Brooks collection, which is on Blu-Ray, so it’s a much slower process.

One of the parts that slows me down is having to actually put the Blu-ray disc into my old player so I can see the menus and thereby find the chapter titles and what extras are on the disc – I still haven’t figured out how to do that on a Mac.

The other slowdown, of course, is the sheer size of a Blu-Ray file, typically well over 30GB.

Just for fun, I encoded The Secret Life of Walter Mitty on my Mac mini even though I’d already done it on the MacBook Air. I expected it to be faster on the mini because the mini has a fan which keeps the CPU cool (the MacBook Air is passively cooled, and the average CPU temperature got over 200F during the encoding).

And I was right, but not by a lot – the two machines ran neck-and-neck for an hour, but for a longer job, the fan in the mini makes a difference. Here’s a graph showing the two systems encoding Walter Mitty. 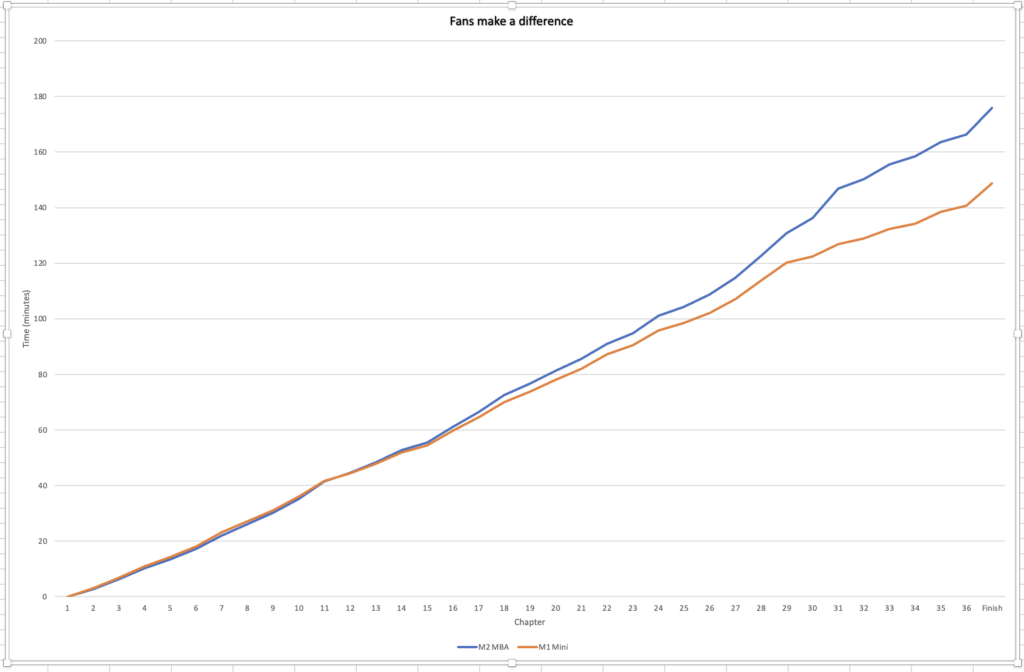 The best reason to do the encoding on the mini instead of the Air is that I’m not usually doing anything else on the mini!