They started with a school-wide awards ceremony recognizing all the children who were in Glee Club, Student Council, and several other activities; then they sent the primary students back to their classrooms and recognized the fourth and fifth grade honor students. Then the fourth-graders left, and the serious business of the morning began.

Each child’s name was called, and while he or she zipped across the room to pick up a certificate from the principal, the teacher read a paragraph telling a little bit about the student — their favorite subject, favorite moment, and a word or two about what they were looking forward to in middle school. 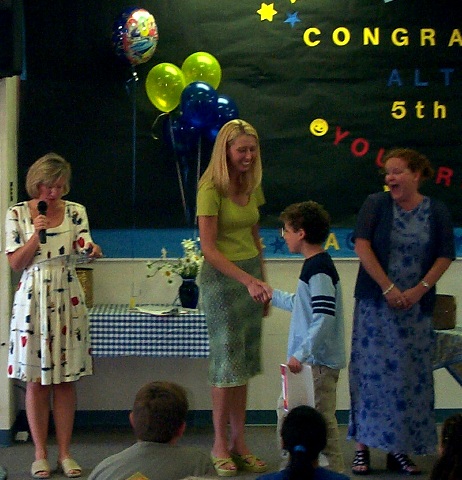 The whole thing took about 20 seconds, which only gave me time to take two pictures, the other of which was blurry. I hope Diane’s picture came out better.

Then the students went back to their classroom for their last two hours of elementary school, which were taken up by a recess (of course!) and yearbook signings. He’ll see most of the same students next year in middle school, but not one of his best friends. 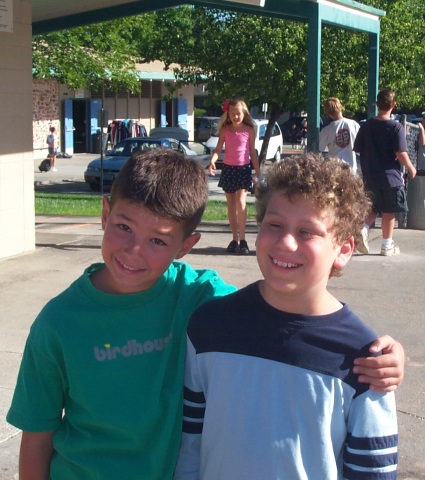 They’ve been friends since kindergarden — his parents had wangled some sort of intra-district transfer to get him to Alta Vista rather than the elementary school nearest his house, but next year, he’ll go to the middle school near him instead of continuing to commute. I’m sure they’ll stay friends, but it won’t be the same as being friends and classmates. 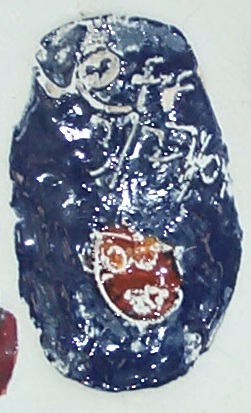 and assembles them into a plaque which is placed on an outside wall as a permanent memento of the class. 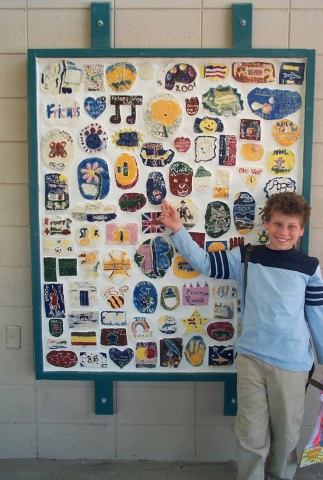 I’m not sure how permanent the placement of this particular plaque is, though — this summer, they’re doing major renovations to the school, and I wouldn’t be surprised to find that they’ve moved things around before September.

School let out at 12:30; we walked over, said good-bye to his teachers, picked him up, walked home, and went out to lunch. Later, as we were driving home, we passed the school, and I said, “Hey, Jeffrey — there’s your old school!” He smiled and said, “Yeah, it is!”