We had a late breakfast this morning and didn’t leave our B&B until well after 10am. We put our stuff in our car, then locked it up and walked back into Bath to do a bit of shopping and a bit more geocaching.

The shopping was absolutely critical — both Jeff and I wanted to visit the Bath Sweet Shoppe (which we’d seen yesterday but hadn’t had the time to deal with). I was, as always, in quest of the sherbert lemons I had had during the first GetCoTI; Jeff just wanted candy. I failed in my quest — the sherbert lemons were solid (no sherbert!) and got stuck together; I eventually threw them out. Then Jeff visited the San Francisco Fudge Factory and tried out Marshfield Farm Ice Cream, a local product, and pronounced it “good” (I thought it was too early in the day for ice cream, showing the foolishness of age).

We then walked up to the Royal Crescent in pursuit of our first geocache of the day; Diane found it, though we all searched. On our walk back down to town, it started to rain, so we ducked into the Cornish Bakehouse and had pasties for lunch (standing under an arch near the shop, since it was strictly a takeaway operation and we’d left our raingear in the car). After that, I tried out two ATMs and was disappointed at both (I guess I was over the daily allowance for the US business day, because I was able to get money late in the afternoon) — then we walked back to the B&B, gave them back our parking permit, and got in the car for our trip to the Cotswalds.

We had planned on stopping at Dyrham Park (a National Trust property), but only part of the grounds were open (not the house), and it didn’t seem worth the admission price, especially as it was raining again. But the WCs were fine and free.

I had preloaded a few caches along the route into my Palm, and we decided to try one — a multicache at Marshfield, a village just a couple of miles off our route. We entered the village and parked the car — then I checked the location of the first step of the cache and found that it was half-a-mile away. But the rain had stopped, so we left the car where it was and started walking.

The first step was conveniently located in the town churchyard (that was a fairly good guess, since the directions involved checking information on a headstone). Solving that part gave us the coordinates of the actual cache, another third of a mile down a public bridleway. The actual location was under trees, but the hint in the description gave Diane what she needed to find the cache. Definitely a nice break.

From Marshfield, we decided to do yet another cache, this one in the tiny village of Castle Combe. We took the first turn from the A420, which took us up a narrow unclassified road. In comparision to the roads in the Yorkshire Dales, it was a breeze, but that was only of relative comfort.

As soon as I’d parked my car, the phone rang — it was Brenda, the owner of Little Broom (the B&B we were heading for), wondering when we might be there. We’d said we wanted to arrive at 4, but she had an errand to run — when I told her where we were, she said we’d be doing well to arrive by 5:30, and so she could do her errand without worrying about our arriving while she was gone. I was just glad that the phone hadn’t rung while I was trying to park the car!

Castle Combe is an amazingly cute village — it’s been used in many movies, including at least one of the Harry Potter series. 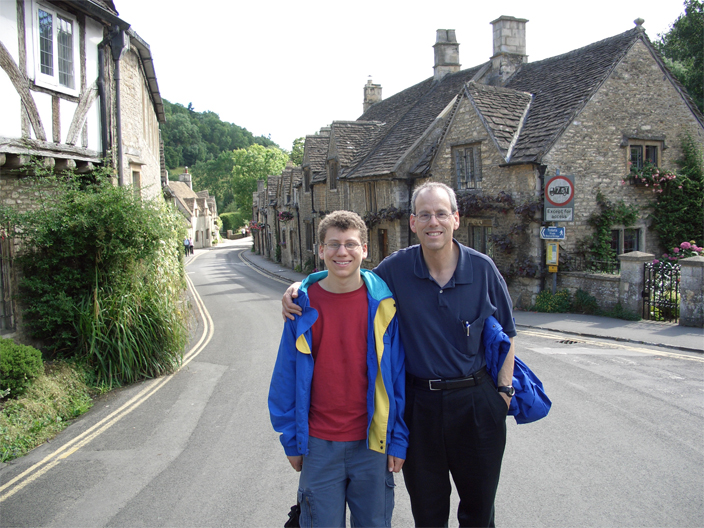 Our cache was above the village, or so the coordinates told us. We never found it, even with the hint. After we left, I wondered if we might have been on the wrong side of a wall, but I didn’t feel like driving back and trying again. Maybe next visit.

By this time, we all wanted a nosh. There wasn’t anything that fit the bill in Castle Combe, so we got back on the road and stopped at the next moderate-sized town, Tetbury, where we had milk shakes at Two Toads. From there, we pressed on directly for Maugersbury (if you ignore the small errors of navigation along the way) and the Little Broom B&B, arriving about 5:45pm.

Maugersbury is a suburb of Stow-on-the Wold; as far as I can tell, its only business are B&Bs, and one of their biggest assets is the view.

We walked into Stow for dinner (a ten-minute walk) at the Eagle and Child; the food was tasty, as was the beer, Hooky Bitter from the Hook Norton brewery in Oxfordshire. 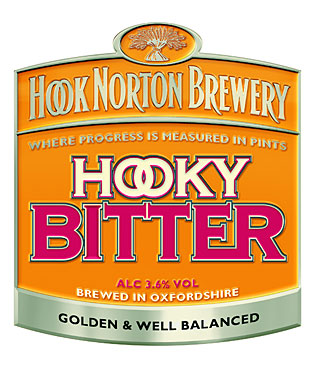 After dinner, we walked up to the north end of the village to check out the Tesco’s in hopes of finding some socks (I thought I’d packed more than I had). No joy (this was a small Tesco’s, only as large as a large supermarket in the US), but we did pick up some apples for Jeff. Then we walked back to the B&B to unpack and relax.

Tomorrow, if the weather cooperates, there will be more walking. If it doesn’t cooperate, Stow seems to have a lot of shopping available!