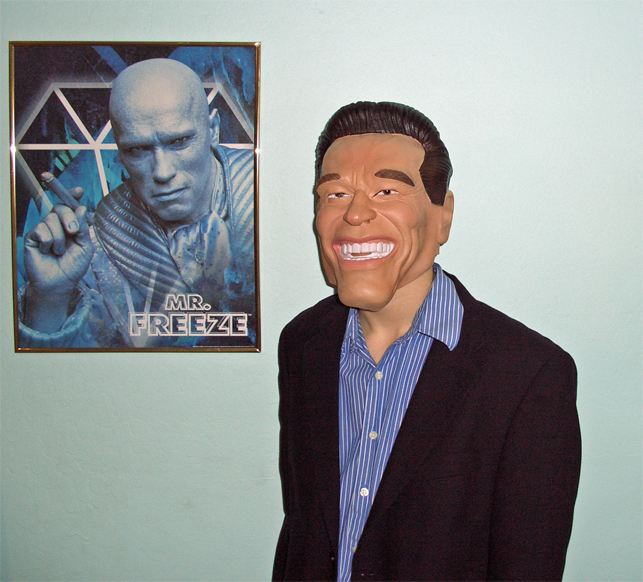 I managed to escape the hotel this morning for breakfast and a walk up to the Bloor/Yorkville area, and then another brief walk at lunch to Sam the Record Man, World’s Biggest Bookstore, and Chinatown. I was surprised to discover that it would be far more expensive to buy books here than at home, since the Canadian dollar is at 90 cents US but book pricing is still set for about a 30% delta. So I didn’t buy anything.

And then when I returned to the hotel, it was time for my first meeting of the week. If I get outside again, I’ll be both pleased and surprised!

The rest of the trip to Toronto was uneventful. Just long. I got to my hotel just before midnight Eastern. Fortunately, I don’t have any early calls tomorrow, so I can sleep in a little bit — but not much, because Tuesday, the Academy Meeting opens full-throttle very early in the morning.

United surprised me — they gave out the snack boxes free on the second try at the flight. I’d already bought dinner at the airport, though, which was good, since there wasn’t anything I wanted in the snack boxes, even free.

Right now, I’m supposed to be on an airplane on my way to Toronto. In fact, I was on an airplane on my way to Toronto twenty minutes ago. Or so I thought. We were in the air, and I was waiting for the seat belt light to go off. But it didn’t. Instead, the captain came on the PA to tell us that if we’d noticed we were flying in circles, we were right (I hadn’t noticed, but I had an aisle seat). A flight computer had gone out, and it was unsafe for us to continue to Toronto; instead, we were burning off fuel to get below maximum landing weight, and then we’d be returning to SFO.

She reassured us that this was “irregular, not an emergency”. A few minutes later, the First Officer came on the PA to let us know that there would be firetrucks waiting on the runway as a precaution. And then we landed. It was obvious that it wasn’t a normal landing, because we didn’t slow as quickly as usual, but it was a smooth landing, and we taxied to the gate in the usual fashion.

They asked us to stay seated, but after only a minute or two, the captain came on and told us to make sure we had all of our belongings and to deplane. And by the time I got to the end of the jetway, the gate agent was telling us to go to the next gate; they’re stealing a plane that was supposed to take people to Seattle, so we’re waiting for it to arrive from San Diego in an hour or so.

So I’m sitting and waiting. I checked fboweb.com, and they show our status as “TIMEOUT”. United now claims we’ll arrive at the airport three hours late; I guess that blows my plans for dinner in Toronto.

Still, it could have been a lot worse!

About a month ago, I wrote about problems I was having with my NewerTech miniStack’s Firewire connection (namely that there didn’t seem to be one, at least not consistently). I eventually got around to calling their tech support (high praises to them for being open on Saturday!), and after doing some diagnosis, they gave me an RMA. In the meantime, I’d mounted my external disk in a spare USB enclosure I’d bought to solve a problem on some other computer, so I could get to all my data.

Friday, the unit arrived home, with a note saying that the internal Firewire bridge had been bad and they’d replaced it. So I moved the disk over, and, sure enough, it mounted just fine.

Then I tried to boot from it — and all I got was the grey screen of death. So I tried again, this time using Apple-V to get the console log displayed (is there some way to make that permanent? I find system messages to be reassuring, not scary), and found that, just as had been happening before I sent the unit in for repair, the boot failed with these two messages:

I took everything apart, put the drive back into the USB enclosure, and made sure that /sbin on my internal and external drives were the same. Then I put it back into the miniStack…no dice.

I couldn’t call tech support, since they’re not open on Sunday. So I did the next best thing — I Googled the messages. And I discovered that I was not alone.

And now the problem wasn’t hardware — it was software. Apparently my installation of OS X 10.4.7 on the external disk hadn’t quite succeeded, but I didn’t realize it. And in the meantime, 10.4.8 had arrived.

To make a long story short, the recovery procedure was:

When the machine rebooted, it was with OSX 10.4.8 from the external disk. *whew*

I thought this thing was going to be an appliance….

My thanks to everyone who’d documented their experiences with similar problems, especially those who posted to the Washington Post‘s “Security Fix“. The discussion on OSXFAQ was also helpful.