We decided to try somewhere else for breakfast, and, based on the bartender’s suggestion on Thursday (and some Yelp and Frommer’s research), we settled on Coyote’s. The place was nearly full when we got there, but there were spaces at the counter, so we squeezed ourselves in and enjoyed a tasty meal. I had, and can recommend, the Smoked Salmon Scrambled Eggs; Diane went for the Vegetarian Frittata, and she seemed happy about her choice, too. By the time we left, there were a few people waiting to get in — go early (in our case, that meant 9am).

After Friday’s excursion, the last thing we wanted to do was take a long drive, so we chose a target closer to hand — Tunnel Mountain. We parked at the lower trailhead and climbed to the upper one; that was probably the steepest part of the climb (and the least attractive, too).

Once we’d gotten to the “real” trail, the views improved. 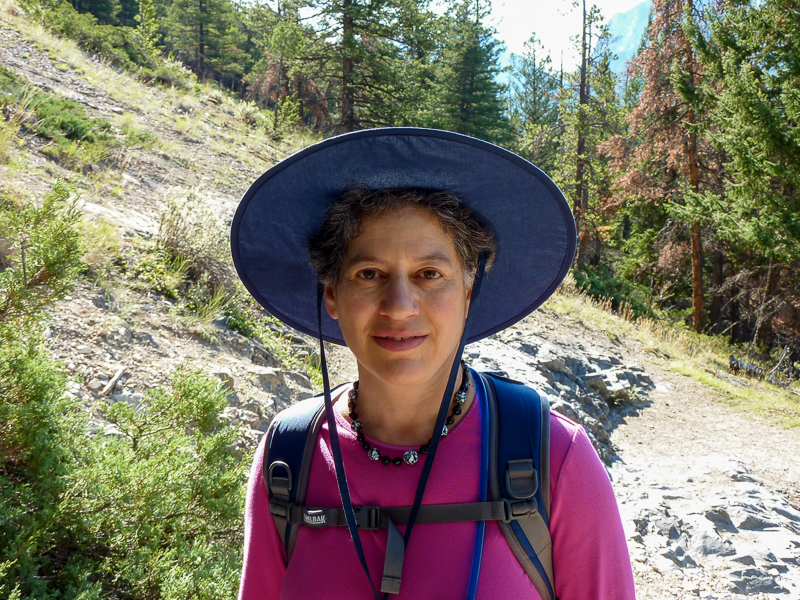 The single biggest human-created artifact that we could see was the Banff Springs Hotel. 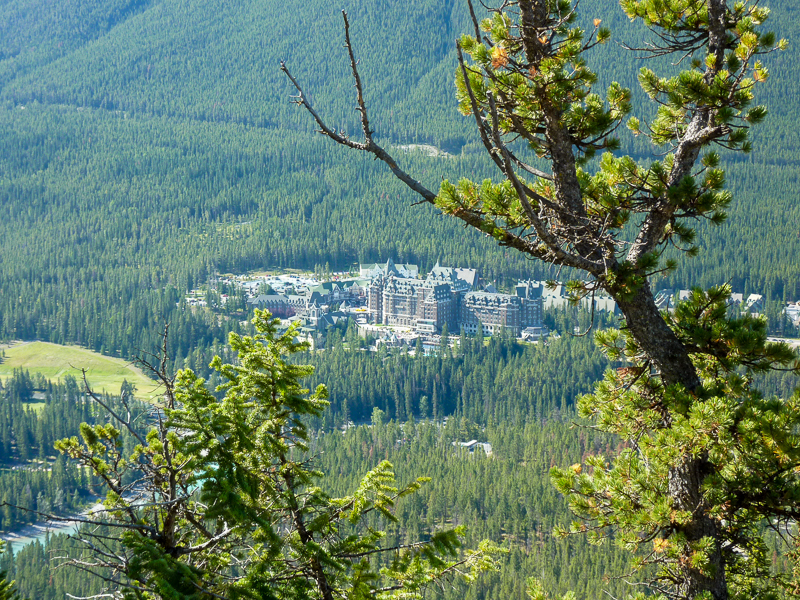 But, of course, there were much larger and more majestic objects visible! 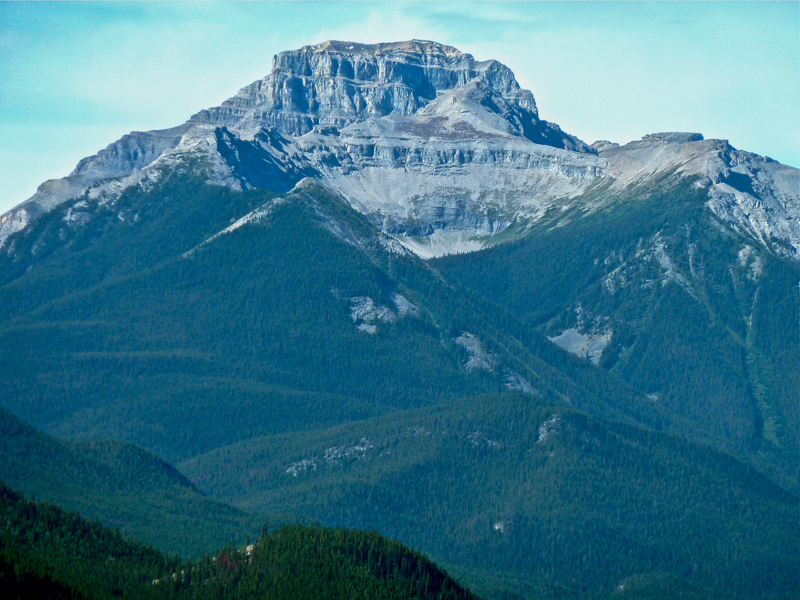 After a while, we climbed high enough that the trail took us to the back side of the mountain, and we could see the other half of the Bow Valley, including the Fairmont’s golf course, which looked awfully appealing (and I don’t golf)! 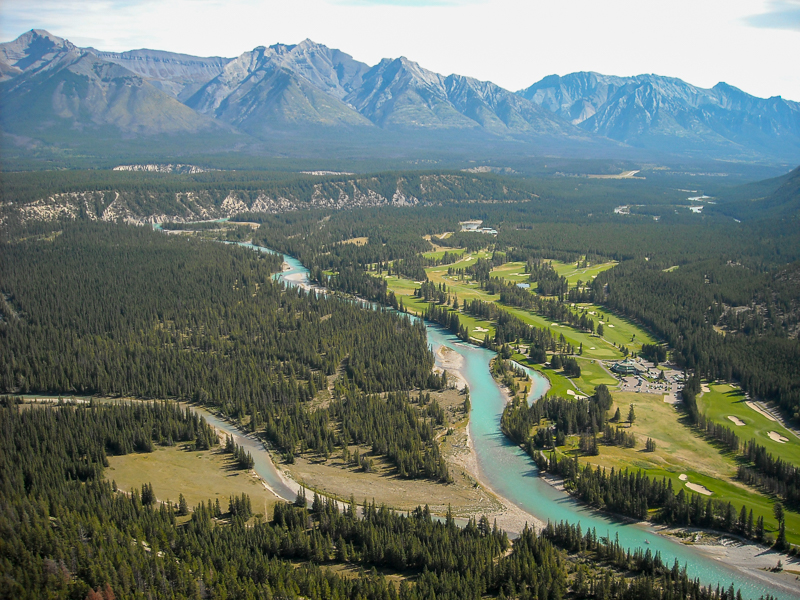 Eventually, we made it to the top of the mountain. 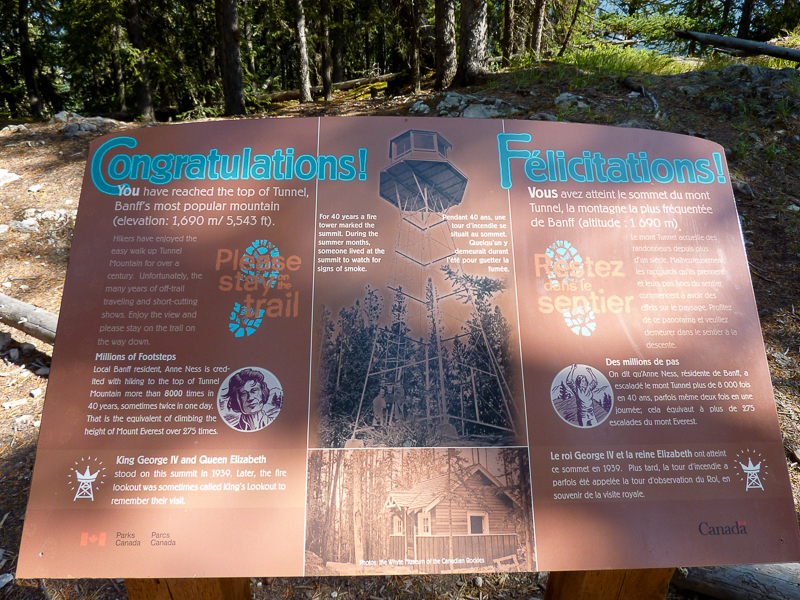 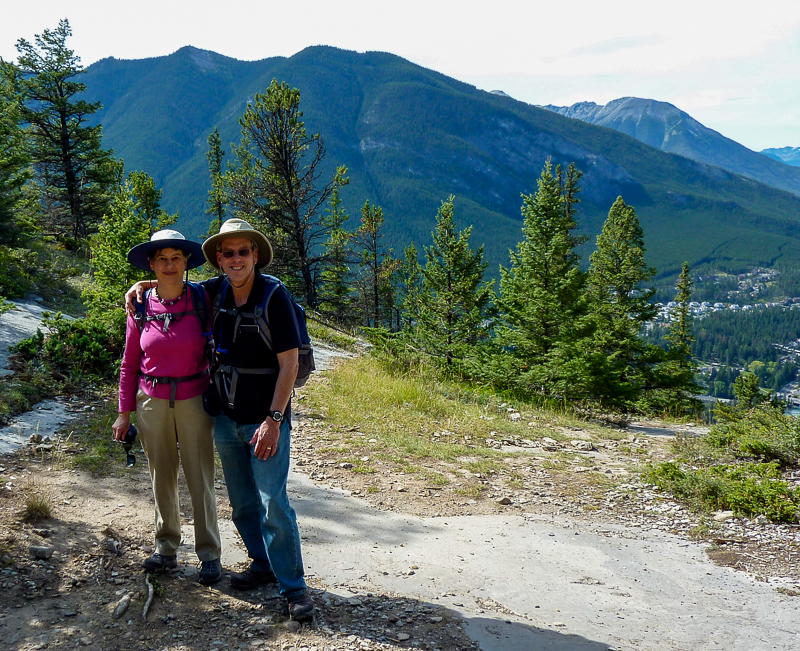 And, a bit later, and after more nice views of Mount Rundle 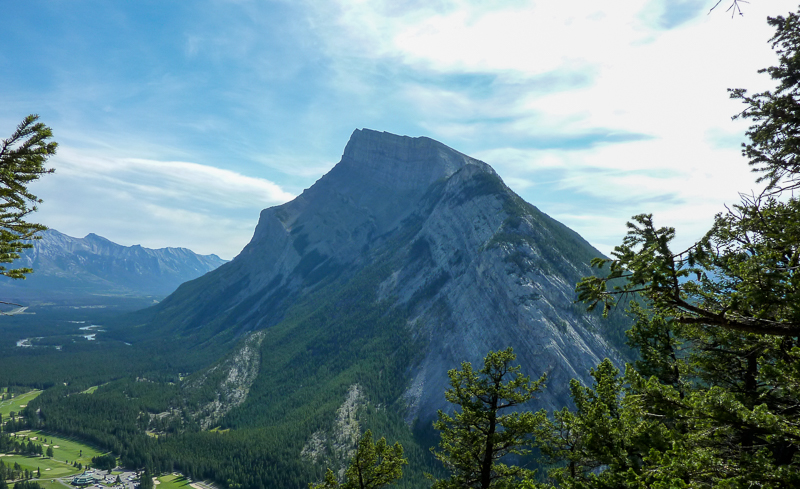 we eventually found ourselves back at our car, in search of lunch. We drove back to the hotel and walked into town, unsure of what we wanted, but hungry. We wound up at Balkan, drawn in by the lunch specials on the blackboards outside. The food was OK, but not outstanding — but the prices were very appealing!

We decided not to have dessert in town; instead, we walked to the Fairmont to look around, especially in the terrace garden 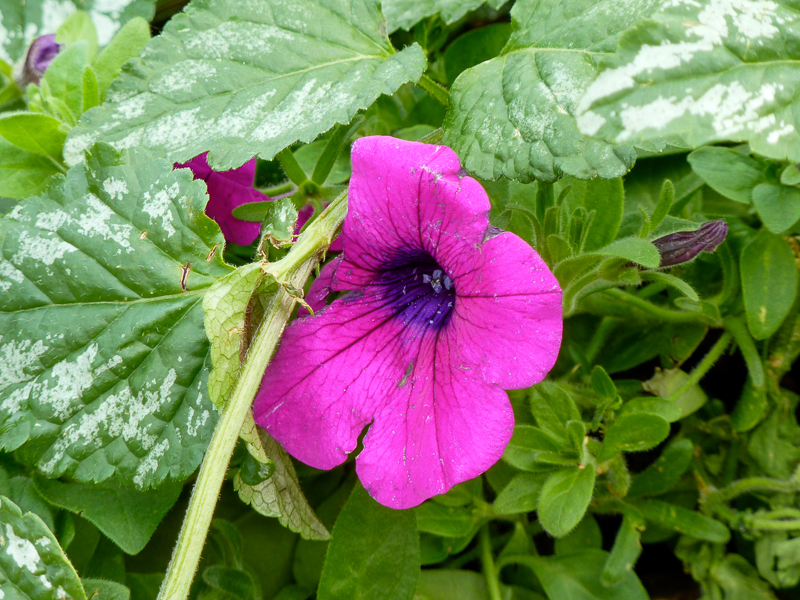 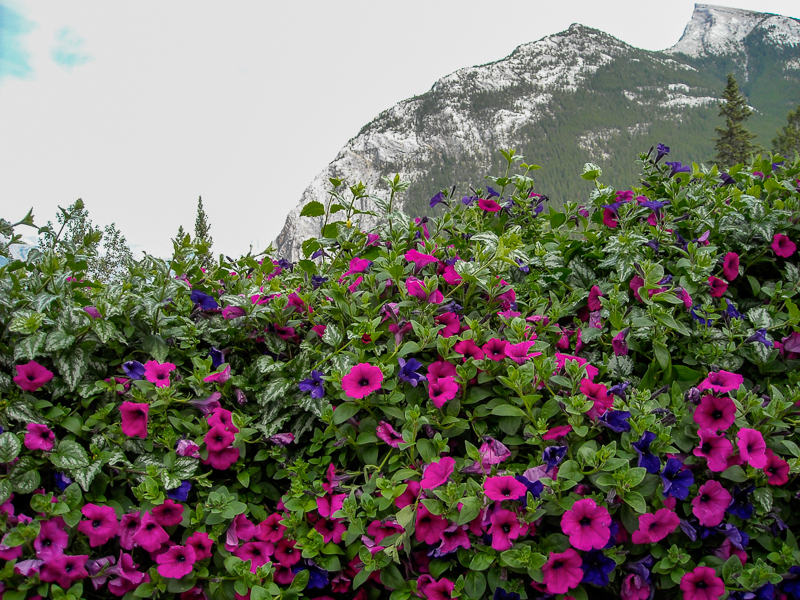 and enjoy afternoon tea, which more than made up for any calories or money we might have saved at lunch. It’s not something I’d want to do every day, but it was fun!

We’d picked up a Banff trail map while we were downtown, and decided that rather than walk back on streets, we’d explore the Bow Falls Trail. We walked down to Bow Falls 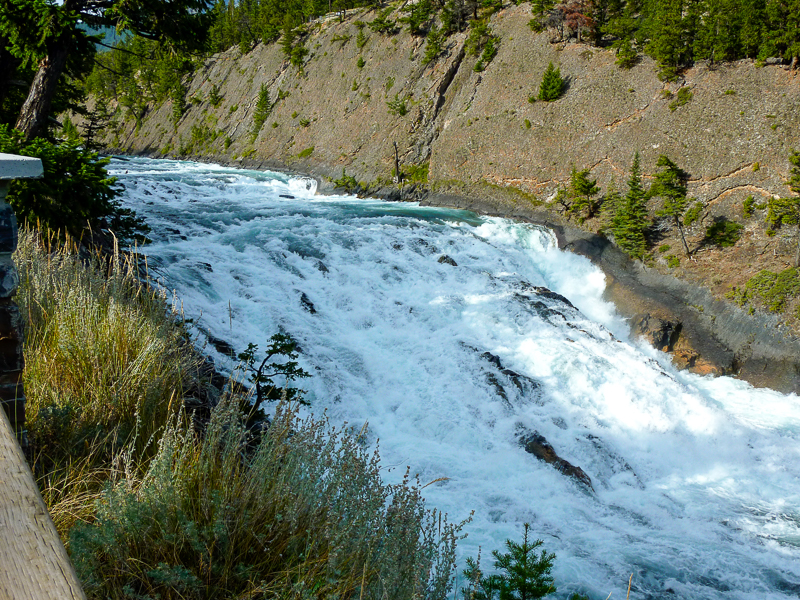 and then retraced our steps towards downtown.

We weren’t quite ready to go back to the hotel, and the map showed that if we followed the Bow Falls Trail through downtown, we could walk all the way to the Cave and Basin National Historic Site, which sounded interesting (our hotel had a pool modeled after the Cave and Basin).

But we didn’t get there. We had just left the Banff Recreation Grounds and turned onto the trail to the site when we encountered an elk. 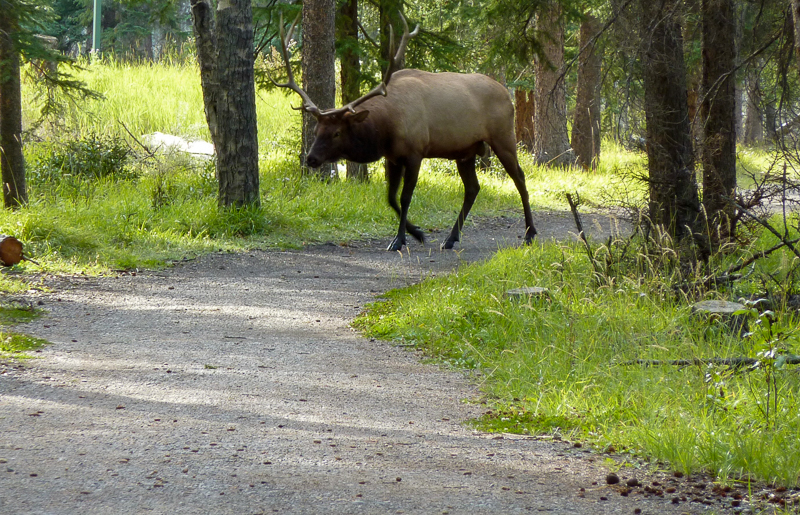 We decided he had the right-of-way and headed back into town, and trekked back to our hotel…and then back into town again for dinner, along with thousands of other tourists. We looked at a few places, but the lines were long, and eventually settled for Tommy’s Neighbourhood Pub, immediately beneath Balkan. The food was simple (I had a buffaloburger; Diane had elk (I think she wanted revenge!)), the beer was decent, and the service reasonably quick. I’d go back.

One final trip back to the hotel, and we were ready to call it a night. The pedometer read over 34,000 steps for the day — that seemed like enough!