The day started with our normal Shabbat morning rhythm – a walk, followed by Torah Study. There was no live Shir Shabbat, but we watched the taped mini-service (I’m sure there was no actual “tape” involved, but terminology persists) right after Torah Study, and then had lunch.

Diane spent a couple of hours in a Forever seminar, learning about its editing tools and about photo workflows – while she was doing that, I was reading the current issue of The Economist (I seem to be perpetually behind in my reading, but I’ve finished this week’s issue!). And then I spent an hour or so doing some photo culling and editing – I finished 2001 (and I threw out more than half the photos I’d taken on some days, so I feel like I accomplished something).

After dinner, we watched the Mount St. Helens Institute’s livestream of Mount St. Helens Goes BOOM! with Bill Nye, the Volcano Guy (if you follow the link, skip ahead 1 hour, 20 minutes); it was interesting and amusing, but I was hoping for video of the eruption, not just video of the mountain as it is today. 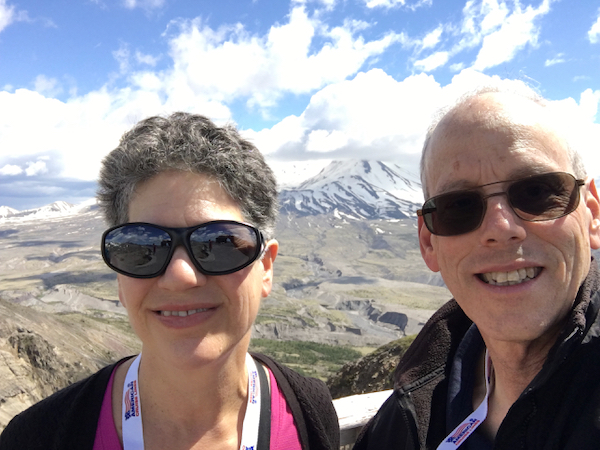 We visited the mountain in May, 2017 – it was beautiful and sobering.

During the livestream (at 2:02), the host asked Bill Nye why his hair was relatively well-coiffed, and he said he’d gotten a Wahl Peanut trimmer and followed Internet videos on how to use it – and it worked. I checked Amazon and eBay and found some sellers, but then I decided to look at the actual manufacturer’s site and it’s one of the few items they say is “in stock”, so I ordered one. I hope it arrives before the webcam I ordered on Easter (at least this one is a domestic order, unlike the webcam, which is supposed to be coming from China).