It was about 7:10am. I was getting ready for my weekly Silver Tongued Cats meeting – I was the second speaker and was going to talk about my webcam saga, complete with a PowerPoint presentation. Suddenly, the lights flickered and went out!

Our router is on a UPS and most of our computers are laptops, so we didn’t lose connectivity right away, and I reported the problem to PG&E (more than 3000 customers were affected). Then I logged into the Zoom session for the meeting and arranged to trade places with the first speaker.

My speech came off without incident – having only one screen might have actually been helpful, since I was forced to look at the screen with the PowerPoint and therefore was looking directly at the camera. And I stayed connected until just after I received my evaluation – but a few seconds into the second evaluation, my UPS gave up the ghost and I dropped off until I could get back in with my phone. Our power came back just before 9; some people didn’t get their power restored until almost 11.

I decided to ride my lucky streak and finally got around to calling British Airways about the London-Barcelona flight they’d cancelled. It was part of a trip in August which we’d decided not to take, but I hoped that having BA cancel part of the trip would give us a chance at a refund. Originally, I thought I’d have to call BA in London, but digging further into their website led me to believe that I could call the US toll-free number instead. I expected to be on hold forever, or possibly to have to call back during the UK business day – but a nice agent in New Delhi picked up the call on the first ring, and 5 minutes later, she’d cancelled the whole trip and processed a refund. It’ll take 4-6 weeks to show up on my card, but it’s a lot better than having a voucher with a time limit (which will probably be the best I can do for my Iberia and Vueling flights – but I’m going to wait and see if either of them get cancelled).

We tried two new-to-us recipes today: Colu Henry’s Lemony Pasta with Zucchini and Fresh Herbs from the New York Times and Stacie Dong and Simran Sing’s Asian Fish Parcels from the Mercury News. Both are worth making again (I want to get rice wine vinegar before I make the fish again; I had to substitute apple cider vinegar this time – I’m not sure I’d notice the difference but I try to be true to the recipe). 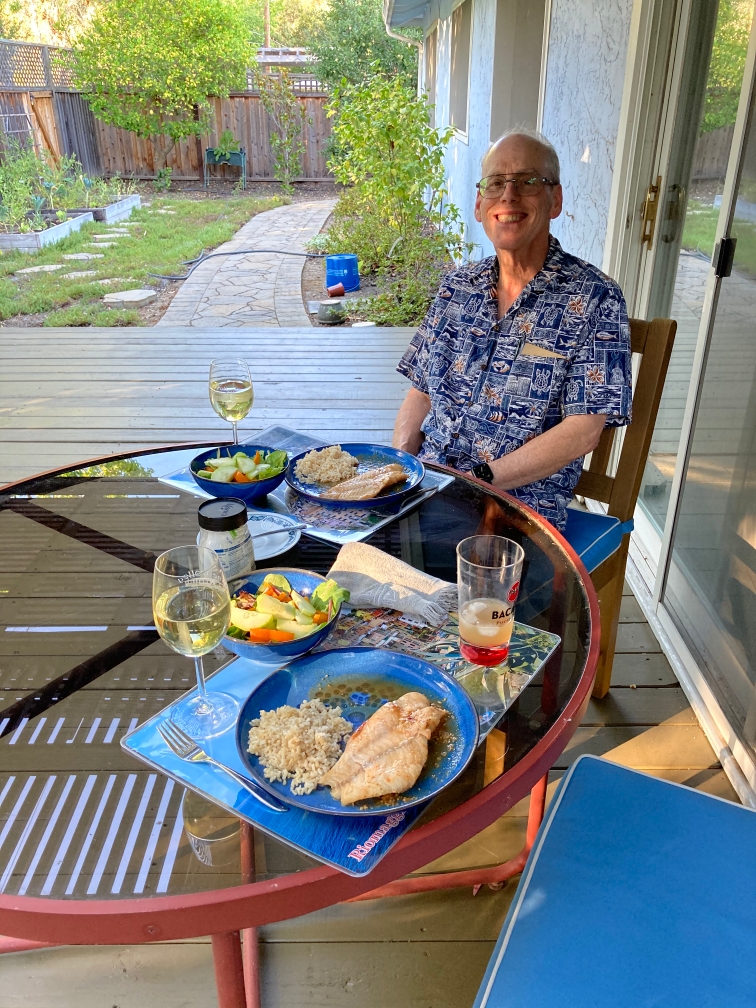