Betty, one of my college classmates, commented on Facebook about my blog posting of yesterday:

If I were writing a blog, it would be boring. I read, I did puzzles, I exercised, I went to the doctor, I cooked. Next day, ditto. Although I did make empanadas and samosas this week. ðŸ™ƒ

Well, Betty, today’s entry is for you!

The most useful thing I did today was to file our taxes – they were actually finished months ago, but I didn’t get around to filing them until today. I wasn’t in a hurry since we not only weren’t getting a refund but we had to make some hefty payments and I had to free up some cash to make that possible. When the SECURE Act was passed late last year, I realized that it made sense to move money from our traditional IRAs to Roth IRAs – but I hadn’t planned for that during the year, so the last-second move significantly increased our tax liability for 2019.

And we did another Roth conversion this year – I am pretty sure that tax rates are going to go up in a year or two to help pay for the (very necessary) deficits that the government incurred this year for pandemic aid, and I’d rather pay at today’s relatively low rates and avoid being taxed later. So we had to free up funds to pay 2020 estimated taxes, and again, I wasn’t in any hurry to do so.

But July 15 is looming, so today was the day to actually deal with the taxes instead of just dreading dealing with them. The process was fairly painless – the worst thing was discovering that I couldn’t get into EFTPS for some reason and having to find an alternate way to queue up our estimated tax payments.

But it’s done for another year…well, another 9 months. I suspect next year’s deadline will be back to April 15. 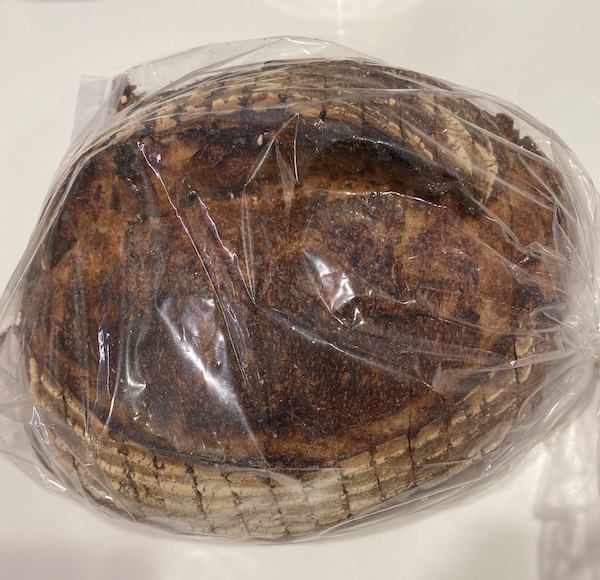 Other than that, it was a quiet day; no new recipes, not much culture (we did watch the first episode of Silicon Valley Shakespeare’s Bard Talk, but that was it), and only a quick trip to Manresa Bread to pick up a loaf of levain that I’d pre-ordered. I have done well at hacking away at my inbox, but I haven’t achieved Inbox Zero, so I have nothing to brag about on that front.