I’m a speaker at my Toastmasters meeting on Thursday. I had planned to give a technical talk about the new meeting template I’m building on Google Sheets, but it’s not finished (and, if I’m honest, probably won’t be finished until the next time I’m scheduled to be Toastmaster), so I had to figure out another topic and another project for my speech – and do it before I had a chat with my evaluator this afternoon.

So just before the call, I was busy looking at Twitter instead. And I saw a tweet from the Mercury News:

followed by this one:

Here's how to check if your home will lose power during the California PG&E blackouts. #rollingblackouts #PowerOutages https://t.co/UqIZihBSjs

And when I followed the links, I discovered that we were in outage block 2K and were scheduled to lose power at 6pm – right in the middle of our weekly trivia team Zoom call!

My first step was to warn the team that we might suddenly vanish from the call. My second step was to tell Diane what was happening, since we’d planned to cook dinner after the call and that didn’t seem like a good plan any more. So we took out some frozen brisket and thawed it and she made a salad to go with it. And I turned the A/C to a higher temperature to do my part for conservation. 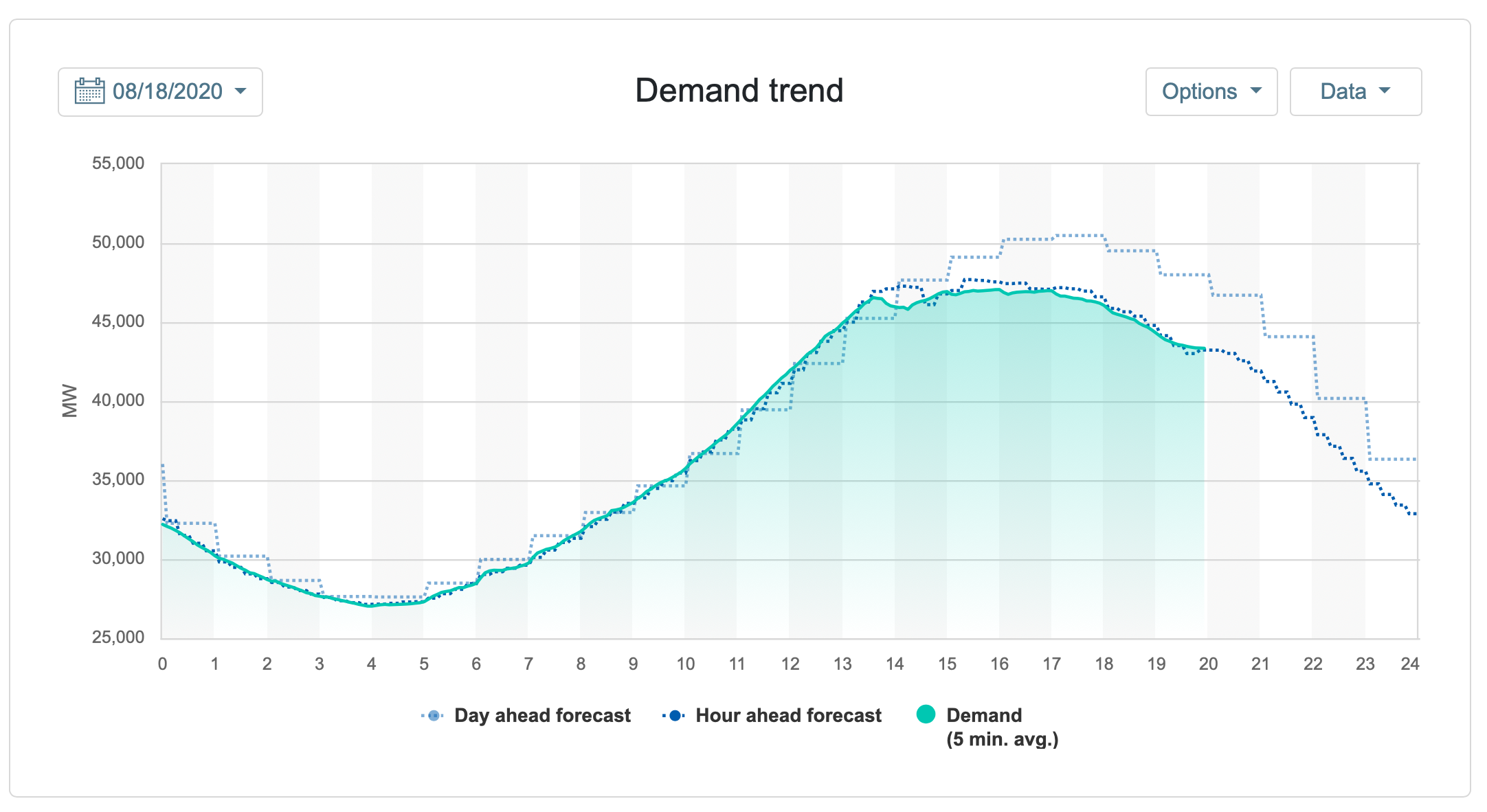 It worked! I suspect we weren’t alone in conserving energy, because the demand curve dropped below the predictions very quickly and our power didn’t go out at 6…and it’s still on now.

I hope they treat outages like jury duty so that being put on notice is enough to put you at the end of the line. I guess we’ll find out tomorrow – it’s still expected to be hot.

I still have to work on my speech, too. Tomorrow.