A couple of weeks ago, the Mercury News ran a recipe from King Arthur Flour for German-style Pretzels. It looked good. And when I found King Arthur Flour and instant dry yeast at Lunardi’s a couple of weeks ago, I decided to buy it and make the pretzels. But I delayed until the time was right – this morning, I decided the time was right, and followed the simple recipe.

Step 0: Discard old flour that was probably well past its peak.

Step 1: Find the mixer. We have a Sunbeam. I decided to use the dough hooks rather than the beaters.

Step 2: Measure the ingredients into the mixing bowl. Everything was easy except the flour, which was still in the bag. I dipped my half-cup measure right into the bag of flour – ten times in total. This may have been a mistake.

Step 3: Mix. The mixer complained, and not much seemed to happen. After the first three minutes, I noticed that a LOT of flour was still sitting, dry, at the bottom of the bowl; I kept mixing.

Step 4: Increase the speed of the mixer. Still a lot of flour sitting around.

Step 5: Call King Arthur’s help line. The agent suggested adding water, slowly, until the dough started to come together. She also suggested weighing the ingredients next time – the original recipe at King Arthur calls for 612 grams of flour, but I’d put in about 740 grams. 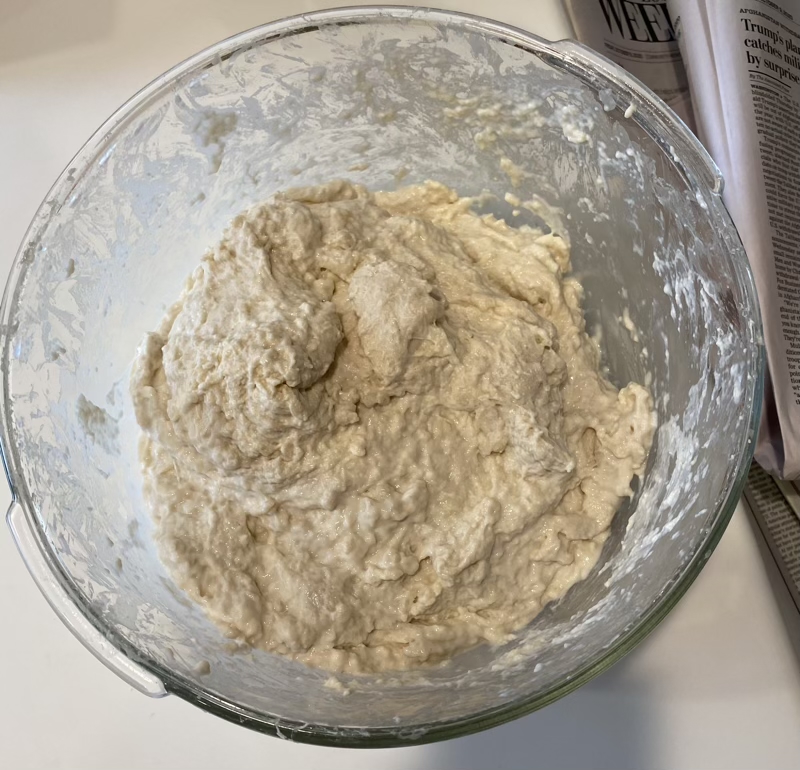 Step 9: Let it rest for 45 minutes (make and eat lunch during that time).

Step 10: Look at it and decide it hasn’t risen enough. Give it another 20 minutes and it looks like this: 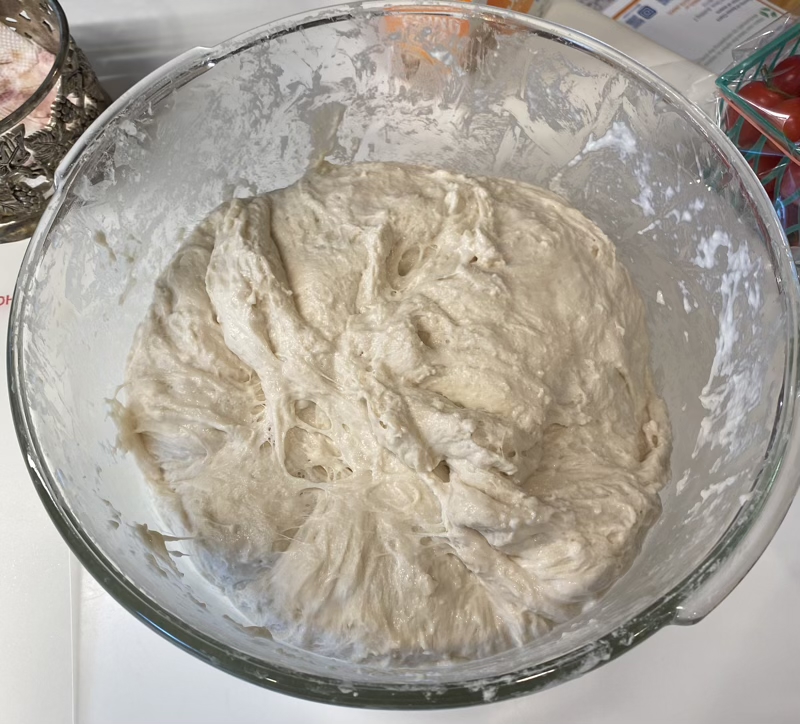 Step 11: Give it another 15 minutes, then continue.

Step 12: Try to deflate the dough – nothing seems to happen. The dough is incredibly sticky, but Diane suggests putting flour on my hands and the mat and I manage to get it divided into 100-gram pieces (I get 12, versus the 10 I should have according to the recipe) and shape them into “rough logs”. 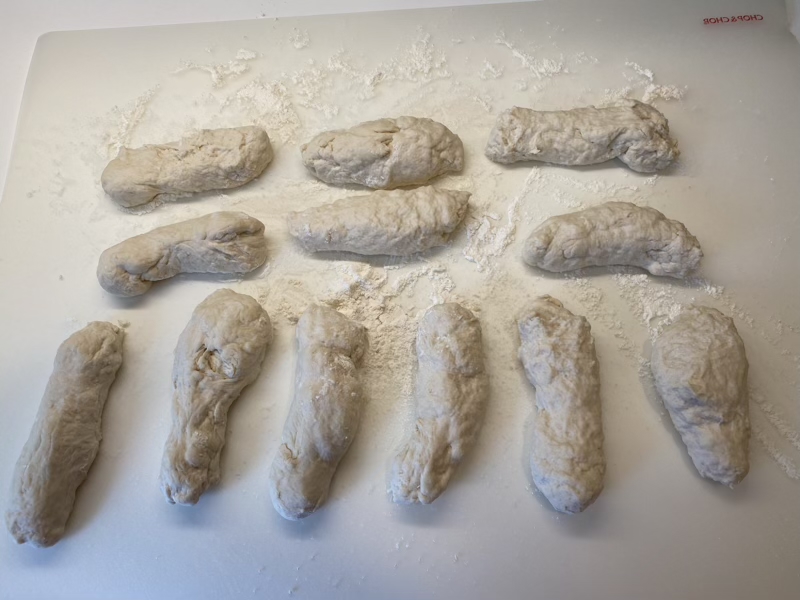 Step 13: Roll the logs into 18-to-22-inch ropes and shape into pretzels. Use lots of flour to keep things from sticking, but eventually, I have proto-pretzels: 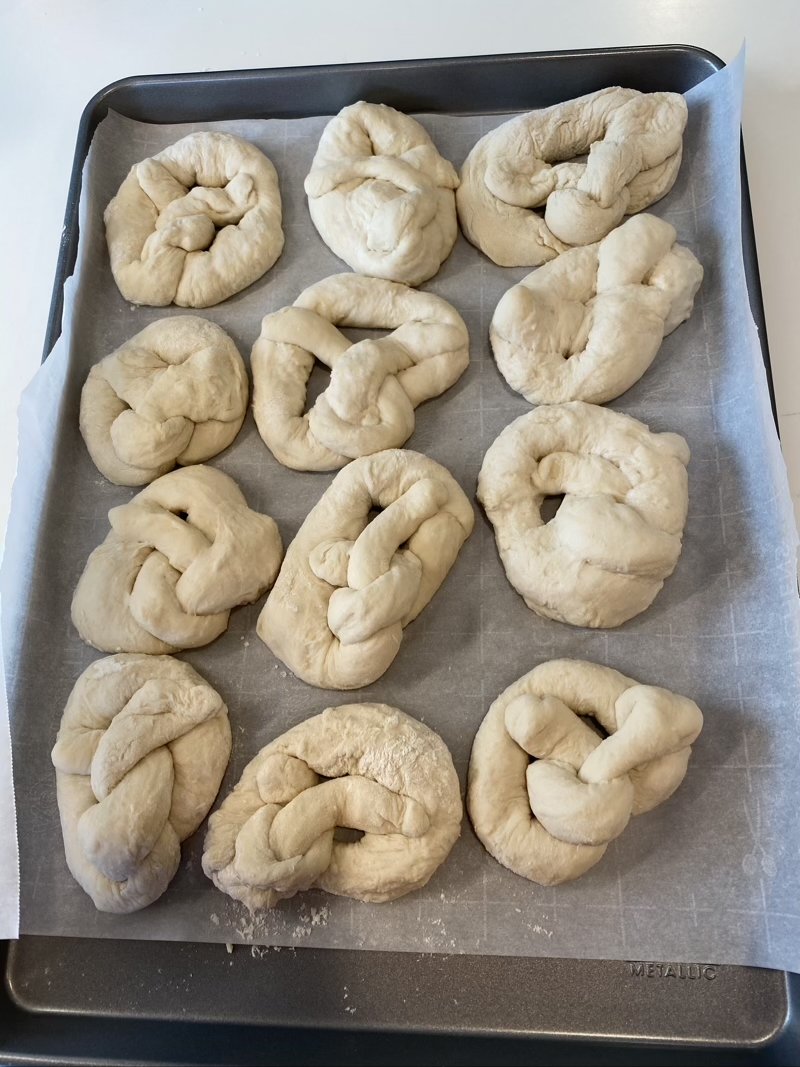 Step 14: Put the proto-pretzels in the refrigerator for an hour. Go to Target and pick up a new electric toothbrush.

Step 15: Prepare a water bath with baking soda; boil the pretzels, two at a time, for a minute each, and put them onto parchment-paper-covered baking sheets. Sprinkle with salt. 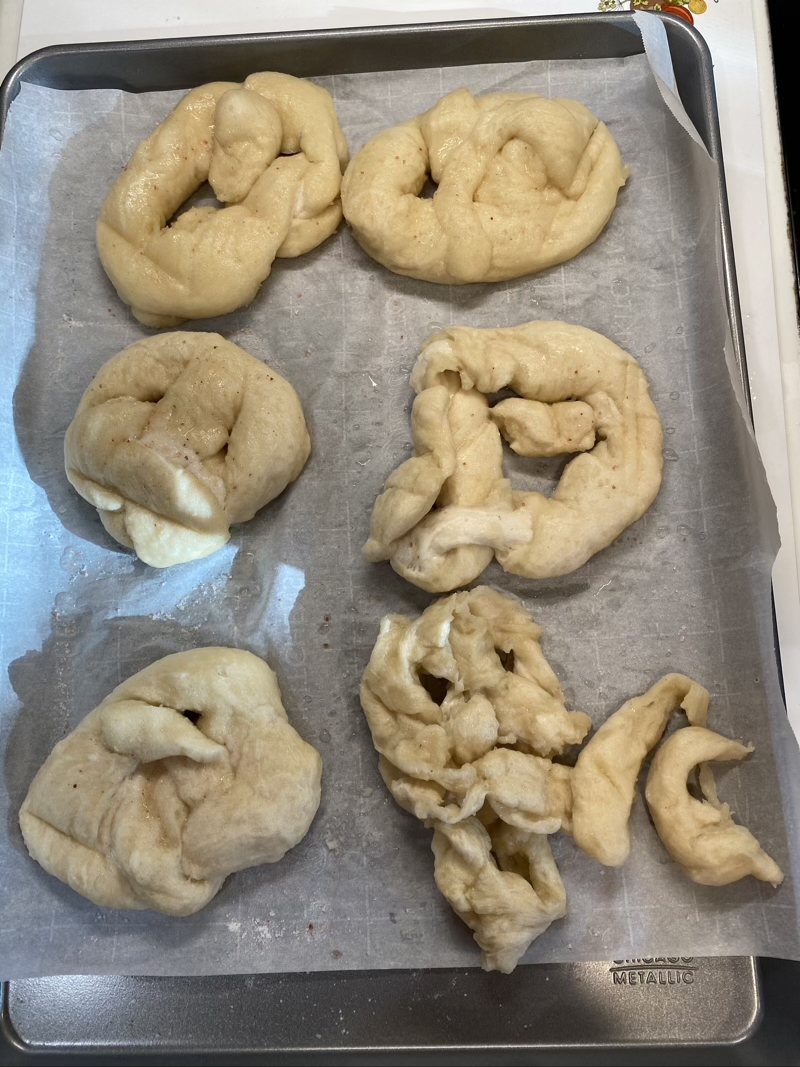 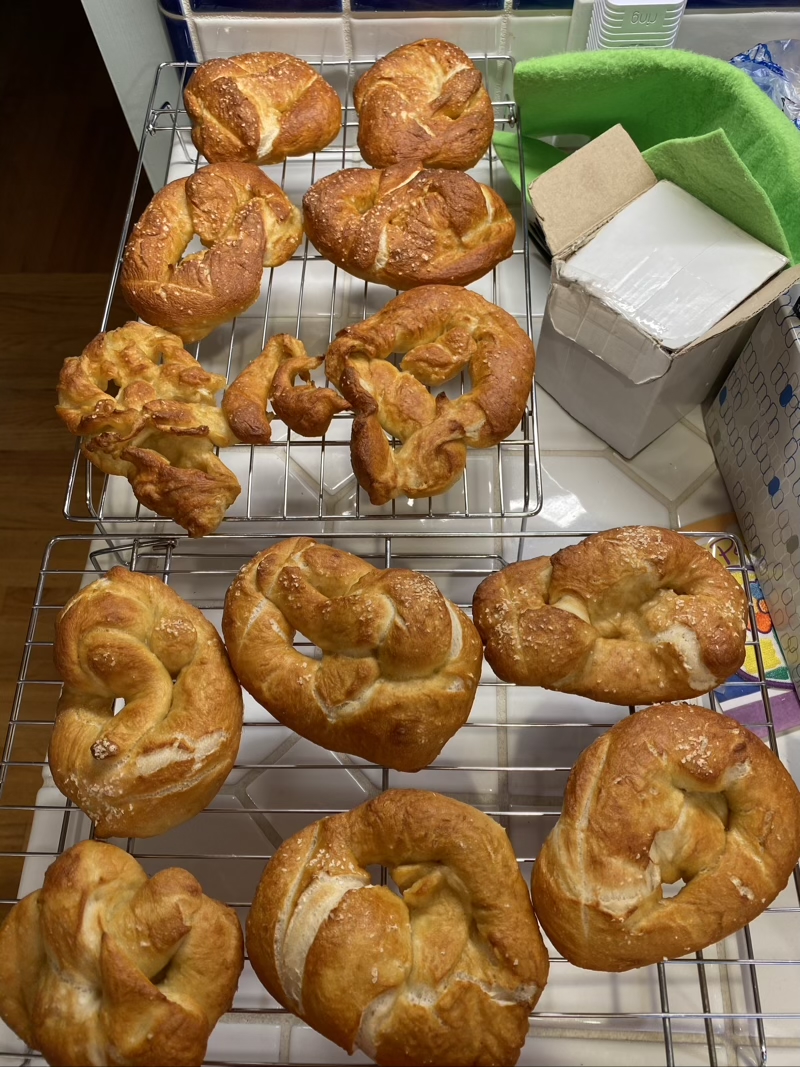 Step 17: Use the pretzels as the bread for Kiddush! 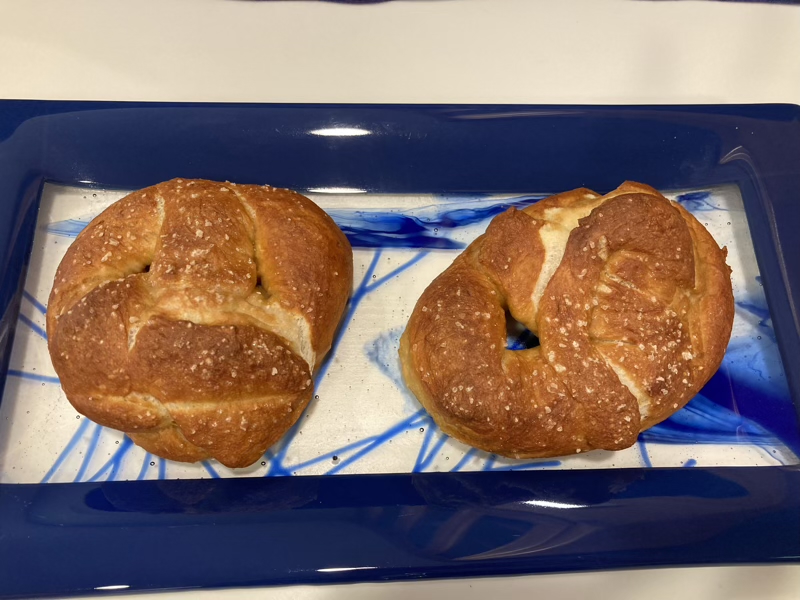 Step 18: Freeze the other 10 pretzels for later.