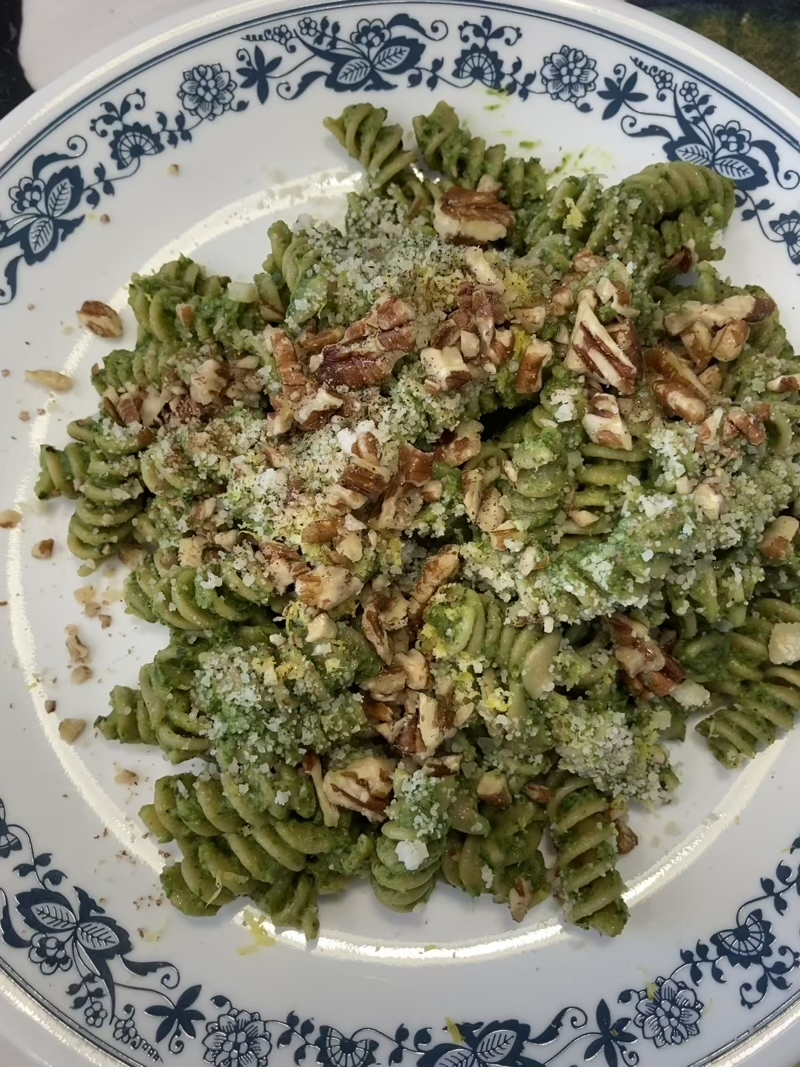 In the Before Times, we could usually put a meal on the table in about half-an-hour: Diane would make a salad and rice or potatoes, and I’d make a chunk of protein with some spices, usually on the Traeger. Simple, quick, and tasty, without a lot to clean up afterwards; if we wanted something more elaborate, there were restaurants all around, and our next cruise was rarely more than a couple of months away.

Our next cruise is…well, we don’t know – we’re booked for a Chesapeake Bay cruise in April, but it seems very unlikely to happen (the cruise line still has it on their schedule, but we can cancel before New Year’s without significant penalty). And reheating meals from restaurants is just not a fine dining experience.

So we’ve been experimenting with lots more recipes and cooking techniques. It’s been educational, fun, and tasty – but it usually takes a lot more than half-an-hour in the kitchen.

Today was no exception. We tried a new recipe from the New York Times: Broccoli-Walnut Pesto Pasta. The claimed cooking time was 25 minutes, but it took us quite a bit longer, mostly because I didn’t plan out the process well.

For example, I used a mini food processor to chop the nuts – great idea, but if I’d actually planned, I would have realized that I’d need the big food processor to make the pesto and used it to chop, too. So we had to clean two food processors instead of one. Similarly, I could have boiled the water while we were chopping – instead, I didn’t start heating it until everything was ready to go.

Once we actually started cooking, things went smoothly and the results were quite good; we have pesto left over for a meal tomorrow, too (so I won’t need to clean any food processors then!).

Every day is a learning experience!