I’ve been retroblogging our trip to Costa Rica and Panama (exactly one year ago – I certainly didn’t think it would be our only trip for 2020!). This has meant culling, geotagging, and titling photos and trying to remember what we were doing.

I took some notes in Day One, which synchronizes across all my devices; I wanted to use Diane’s notes, too. But the program she uses, Momento, is iPhone-only, and doesn’t let you share its data easily, at least not with photos and text interleaved like they are in the app.

I’ve tried many ways to use her notes in the past – the easiest has been to ask her to copy the text or photos into a message and send it to me. That’s not very efficient.

But now I have an M1 Mac, and one of its features is being able to run iPhone apps directly. So asked her to make a backup of her Momento database and copied it to this computer; then I installed Momento. I was hoping I could just restore the backup she’d given me, but there was no way to tell Momento to look into the Mac’s filesystem to find the backup.

I used the lsof command to find open files owned by Momento and discovered that all of its files were in a container in my Library folder; I did a little digging and found the directory that holds Momento’s backups (~/Library/Containers/BBDD9E45-DC46-4C6C-9148-6C222395C45F/Data/Documents/Backups/, for the curious among you), shut down Momento, copied the backup there, started Momento, restored the backup, and voilÃ  – I had all of Diane’s data in an itty-bitty window on my screen. 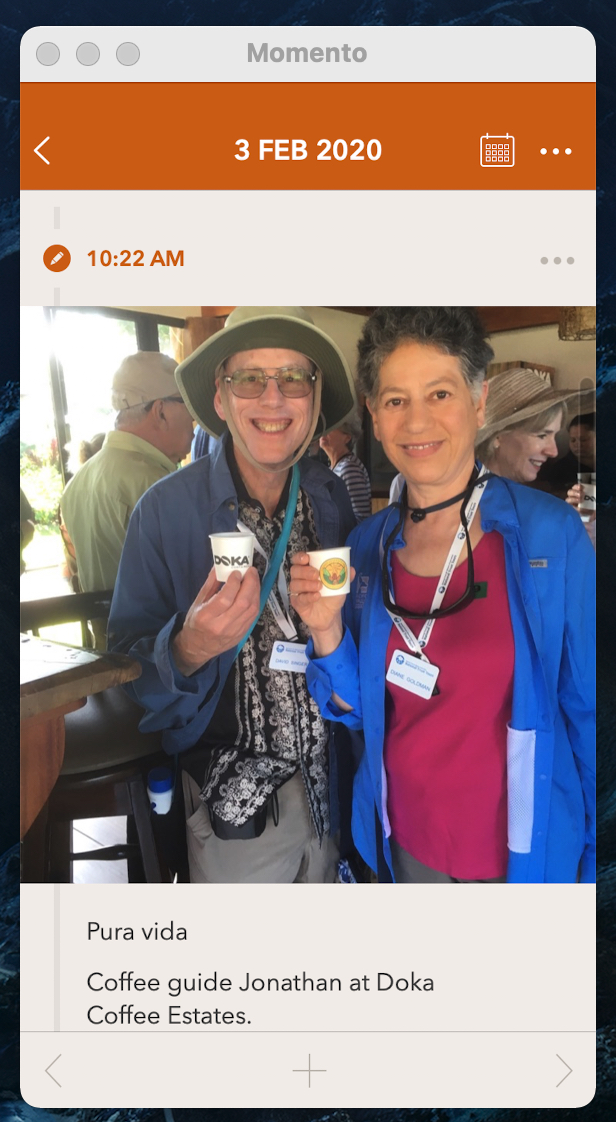 There’s no way to expand an iPhone app’s window on the Mac, so it was time for Plan B. Momento allows you to export all of the text and photos for a range of dates into a plain text file and a folder of attachments. The text file looks like this:

I wrote a quick shell script to turn that file into Markdown (highlighting the entry times and reformatting the “Media:” lines into Markdown image inclusions) and the result is much easier to handle – it’s in a normal window on the Mac so I can make it as large as I need! 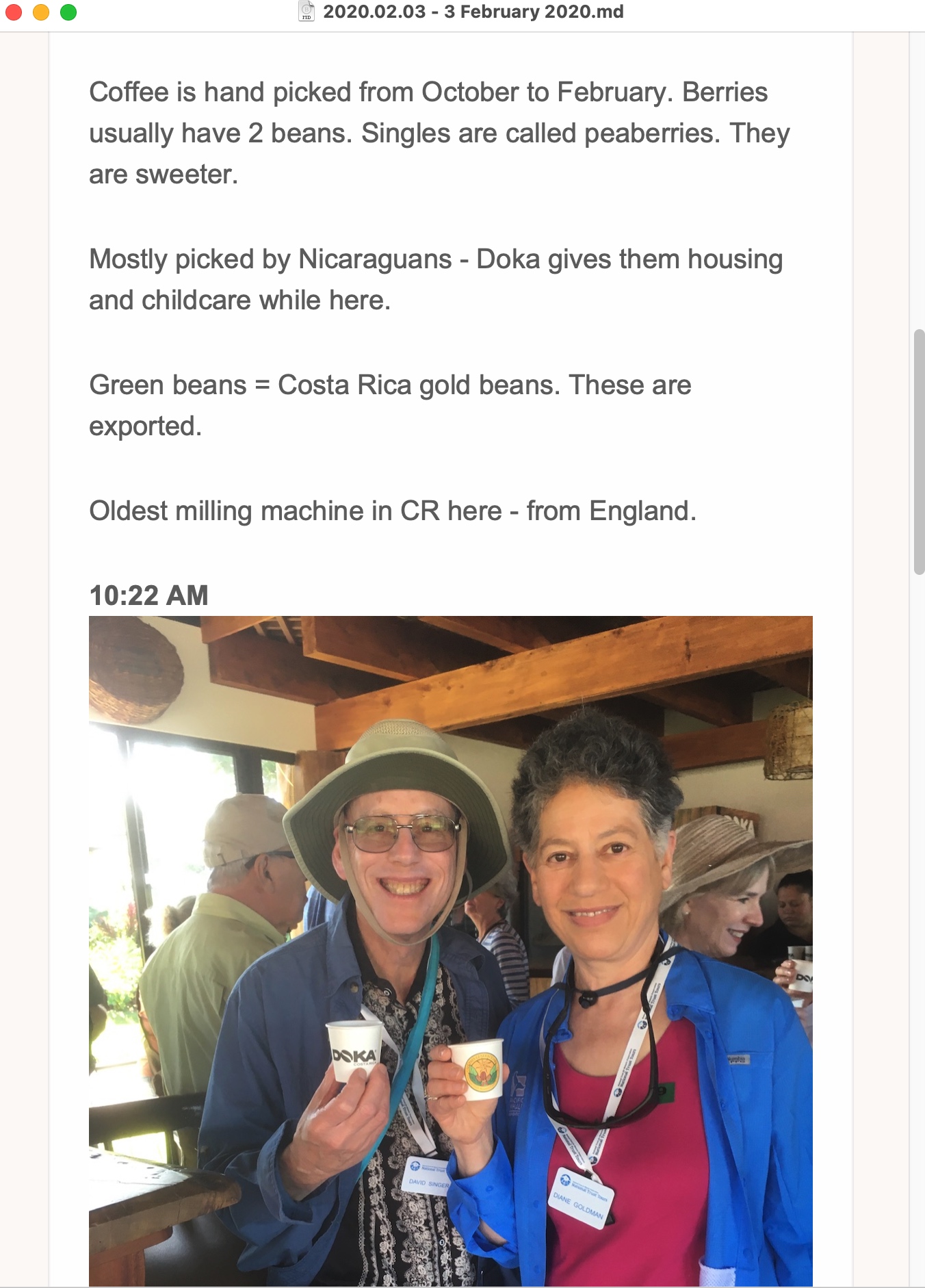