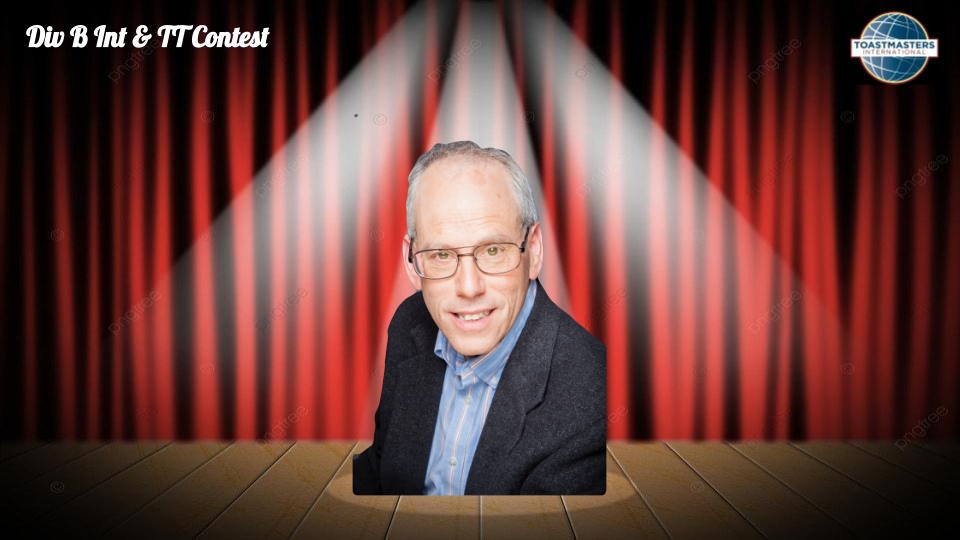 Tonight was the Toastmasters District 101 Division B contest. I was a contestant in the Table Topics (impromptu speaking) contest, having won at the club and Area levels. I had been the last speaker in each of the previous contests, but this time I drew the first slot – it made a difference in the way I experienced the contest.

I enjoyed being able to see and hear the other contestants instead of being sent to a lonely breakout room to wait my turn. But being the first speaker meant that the judges heard five speeches after mine – so they had to judge my speech on its own, while they could judge the others relative to the previous speeches.

We were all given the same prompt: “John Wooden said, ”˜ability may get you to the top, but it takes character to keep you there.’” I don’t remember exactly what I said, but I do remember closing with the advice to be nice to people on the way up, because you’ll meet them on the way down.

I was surprised when the results were announced – I won. And my fellow club member, Gordon, won the International Speech Contest at this level, so we’ll both be competing at the District level the weekend of May 15.

Our club meeting is tomorrow morning, less than 10 hours from now – it should be fun!