It was a busy Monday.

The High Holy Days are nearly here, so I had to finish overhauling the programs I use to send invitations to congregants who are getting honors – not only did I have to undo some of the emergency changes I made last year, but I also had to adapt yet more programs to use openpyxl instead of xlrd.

I also had a dental appointment – it was supposed to be a routine cleaning, but I had a tooth which had felt funny (not painful, just weird) for a week, so I asked them to look at it. The crown on the tooth had fractured, so now I have an appointment to get a new crown next week – and a crown-sized hole in my wallet.

And I had a Toastmasters meeting this evening, where I was General Evaluator. At least it was a role that doesn’t require a lot of preparation.

After the meeting, I went out for a quick walk, but I only got as far as the driveway before going in and grabbing my camera in hopes of getting a decent picture of the sunset sky. 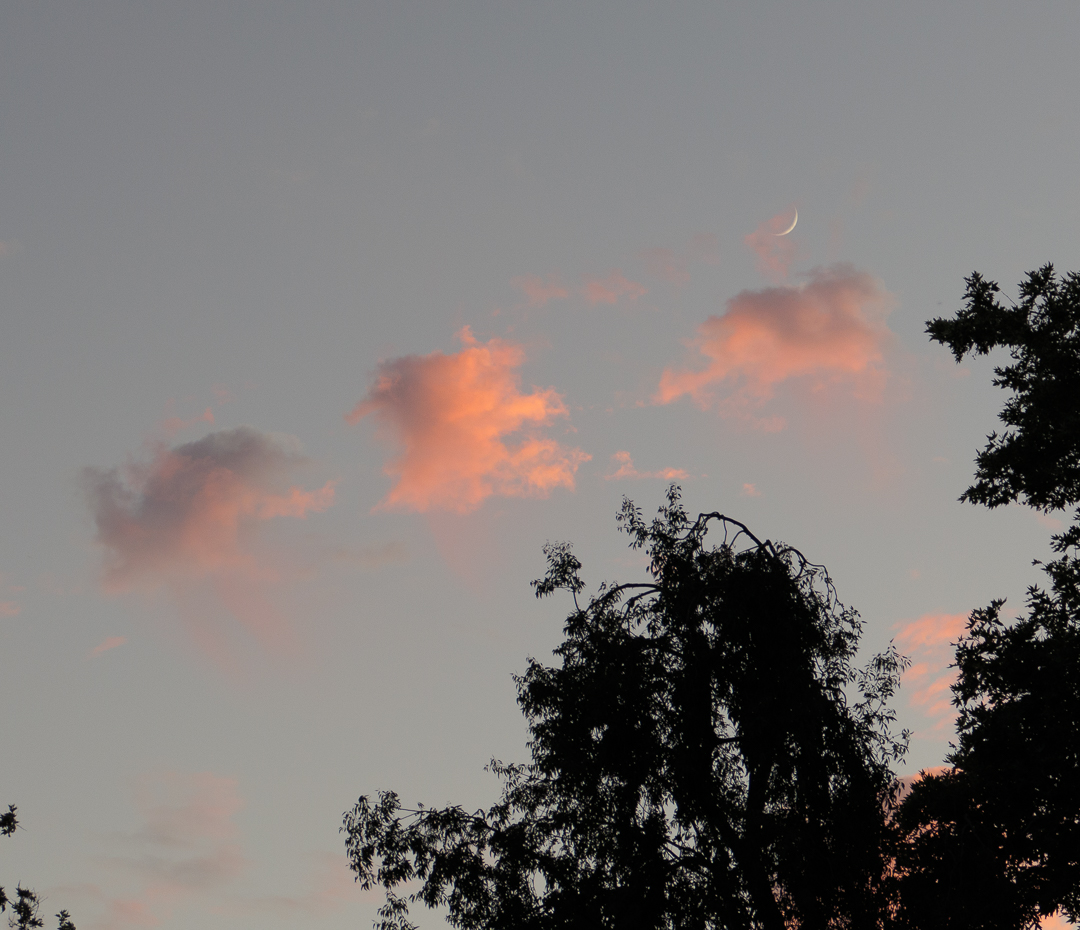