Jet lag may have worked in our favor this morning – we had a training session at the JCC at 7:30am, but it was easy to get up early enough to make it! Being in bed by 10pm last night might have helped, too.

We think we booked our flights for our Douro River cruise next year – we’re booking the air through the cruise line, which means that there’s a lag between their offering us an itinerary and our being able to accept it. Normally, that’s not a problem, but lots of people seem to be planning travel – twice, we found out that the fare they were offering had sold out by the time we accepted it. The third time seems to have been the charm, though; the credit card got charged. Our Travel Agent is in Europe, so it’ll be tomorrow before we get the final confirmation from him, but it looks promising.

And Subaru sent me a “not a recall” notice today. Apparently, there’s a problem that can keep you from being able to remove the key from the lock in certain rare circumstances; they’ll fix it for free for eight years after buying the car. All well and good. Except that my car has keyless ignition, so there’s no chance of having the key stuck in the lock; it never leaves my pocket. The notice had the correct VIN for my car; you’d think their system would know that there isn’t a key to get stuck, right? 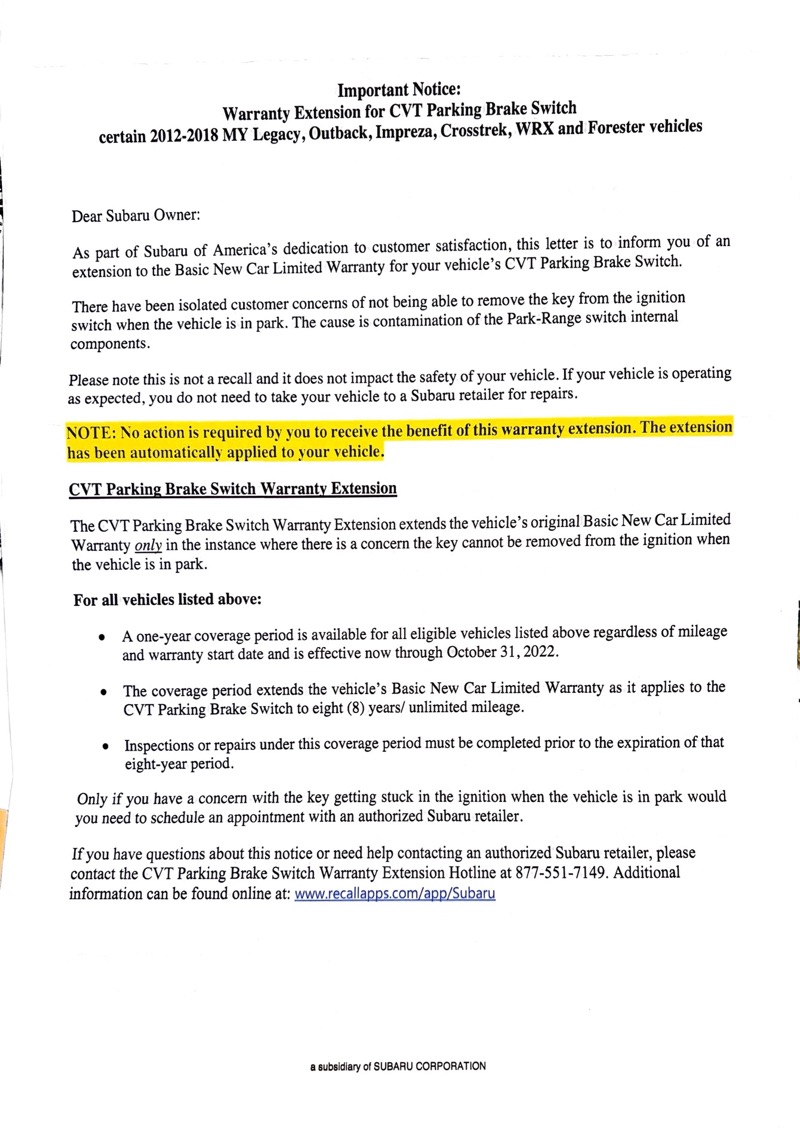