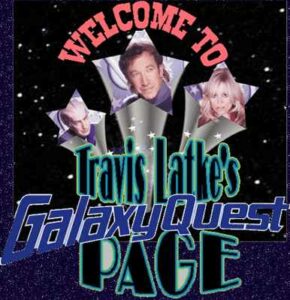 I spent most of the day editing videos for the speech I gave tonight at the Silicon Valley Storytellers – I used excerpts from Galaxy Quest as the basis for a “humorous keynote speech” talking about some lessons on behavior one could learn from the movie.

The meeting started at 7, and I was still futzing with videos at 6 – I wanted to show multiple clips with just a few seconds of black screen between, but when I used QuickTime Player to put them together, I found that the audio vanished after the first inserted black segment. I didn’t have time to debug the problem; instead, I decided to go in and out of screen share mode in Zoom between clips – this was distracting to the audience, and made me spend far too much time looking down at the keyboard instead of at the camera.

My timing was off, too (partially because the transitions between segments and speaking took longer than I’d expected, but mostly because I hadn’t completely written the speech), so I didn’t have time to provide a proper summary at the end.

Despite all that, the speech got a pretty good reception – I was the only speaker, so everyone had a chance to give me a verbal evaluation, unlike the usual Toastmasters pattern of one verbal evaluator per speech.