The drought broke today – there were raindrops on the bag holding the morning newspaper and I had to use my wipers for almost a full minute this morning. I’ll bet we got at least 0.001 inches of rain! 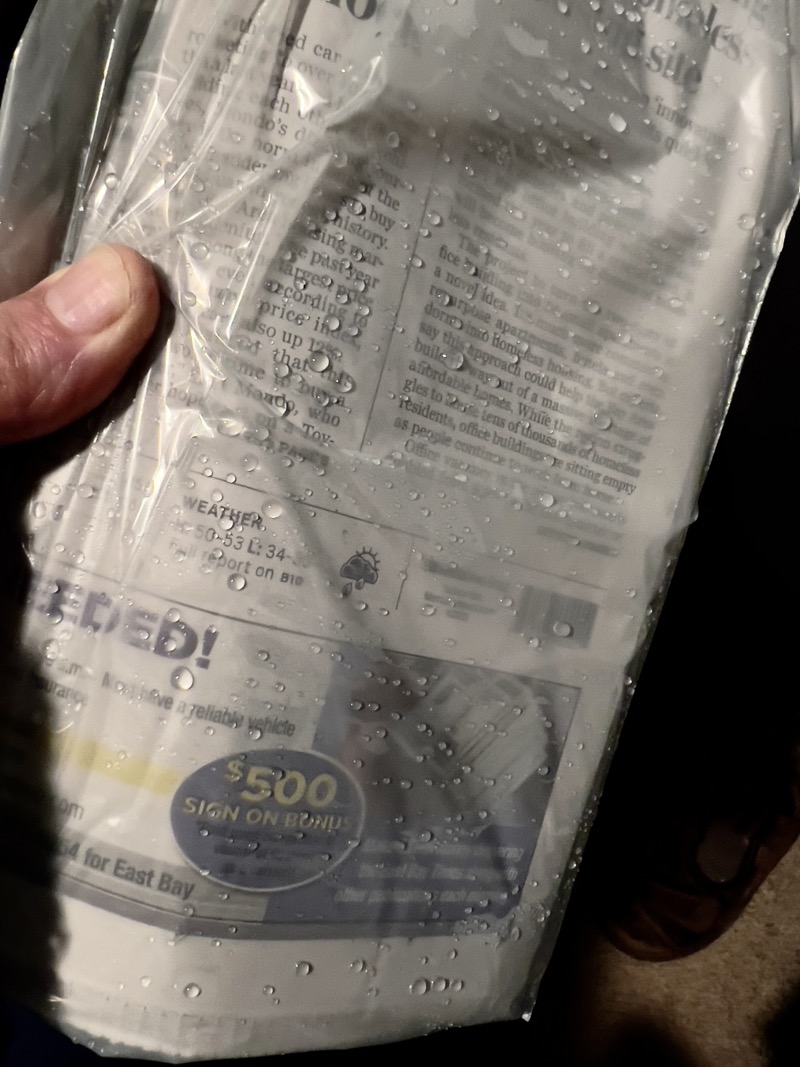 Today’s mail brought a Chase debit card to replace one which is expiring soon; when I called to activate it, I was greeted by a recording telling me that I had been “specially selected” to receive a special offer on medical alert devices. This seemed weird, but banks have been known to do weird things in the pursuit of money. A few seconds later, I was connected to a person breathlessly telling me about the great opportunity I had to get their medical alert device – I tried saying “no” twice and then just hung up the phone.

It turns out that I had put an extra “9” in the number. I called the correct number and activated the card with no further ado.

I don’t actually carry the debit card with me – I add it to the wallet on my Apple Watch and use that at the ATM. I hoped that getting a new card wouldn’t cause problems at the ATM, but I didn’t want to rely on hope, so I visited my local branch and tried my luck. The ATM told me that my card had been deactivated and I should use my new card, which, of course, I didn’t have with me. I deleted the card from my watch and phone – and then realized I couldn’t put the new one in, because I didn’t have it with me. When I got home, I logged into the Chase app and was able to add the card to the watch and the phone – no need to enter any information; being logged in was sufficient. I’ll find out if it really works the next time I visit a Chase ATM!