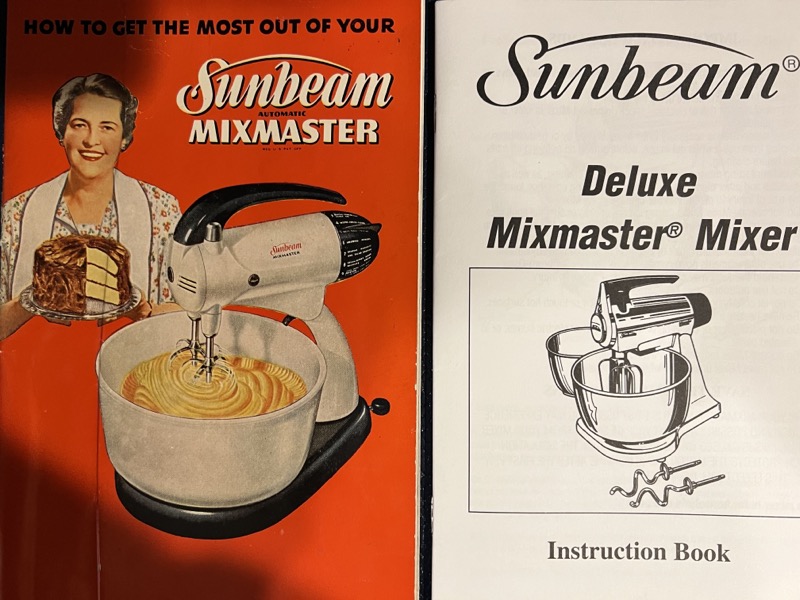 Our first mixer was a Sunbeam that my Mom gave us; it had a nice heavy base, but its motor burned out sometime in the early 90s, so we replaced it with another Sunbeam. The new mixer has the same “Mix-Finder Dial” but that’s about all that didn’t change. In particular, the base is very light plastic, and the only thing keeping it in one place when you use the mixer is the five rubber feet on the bottom.

Two of those feet have gone missing over the years, and now when I use the mixer, I have to hold on to it to keep it on the counter. There are worse problems to have, but it’s annoying – so today, after making pretzels, I decided to see if I could find new feet.

My first stop was a local knife shop, Williams Cutlery, because they carry a lot of kitchen gadgetry and are nice people. They didn’t have feet, but suggested I try Appliance Repair Express across the street. I brought in the base of the mixer; they took it into the back room and found replacement feet – and gave them to me free. They even gave me a couple of spares.

I hope the mixer’s wandering days are over – I’ll find out next time I make pretzels.