I took a break from working on home automation software to work on home automation hardware – in particular, I installed a new Ring Doorbell 4 to replace the old first-generation Ring Doorbell we’d had since 2016. The old one’s battery had deteriorated to the point that we were barely getting a month between recharges – and there are no replacements available.

Of course, the new doorbell has a different mounting system than the old one, which meant I had to drill more holes in the house. And that meant finding the drill and recharging its battery. And so on and so on.

We decided to celebrate Purim and Norooz tonight by ordering takeout from a favorite Persian restaurant, Negeen. When I got home with the goodies, Diane told me that UPS had just delivered a surprise package from Green’s Bakery in Brooklyn. 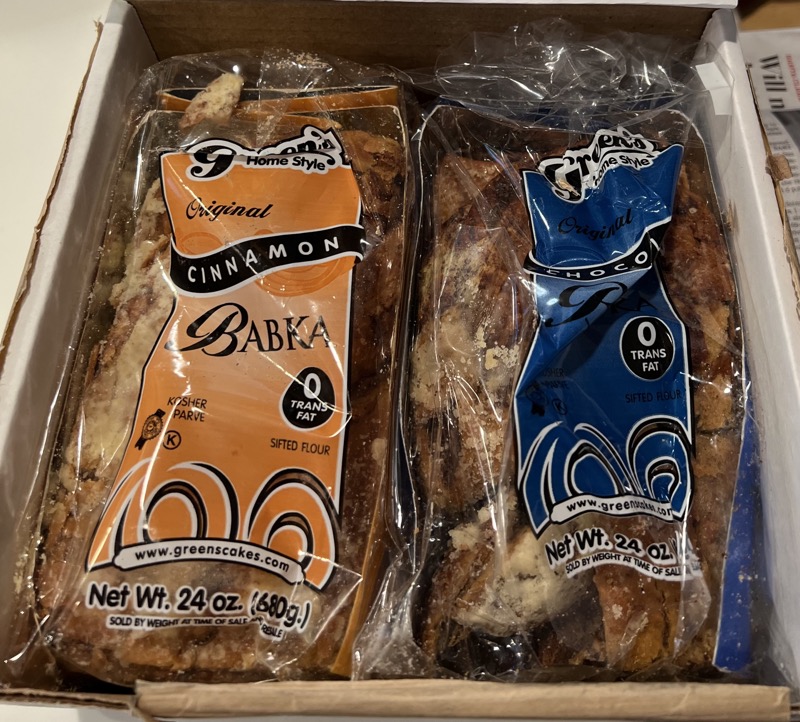 I hope it freezes well, because we may not be able to eat it all before Pesach!