We sailed nearly 300 nautical miles overnight so that we could see the Hubbard Glacier up close and personal this afternoon.

The weather was less than cooperative – we dressed for it, though, and braved the outside to see what we could see. 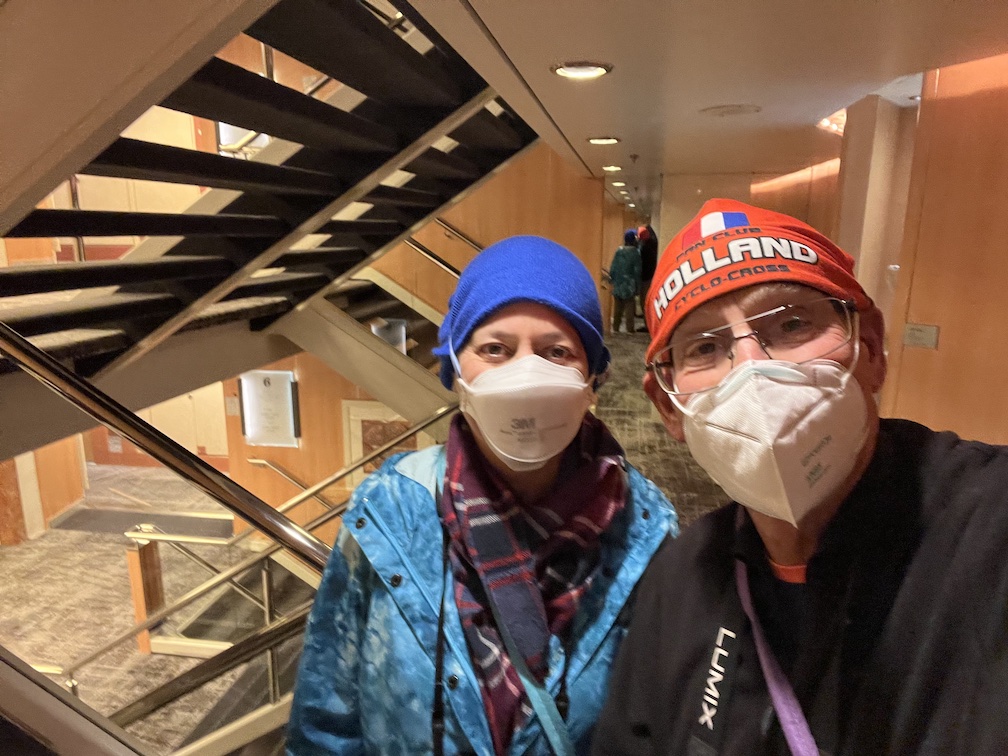 There were many ice floes in the water – nothing big enough to threaten the ship, though! 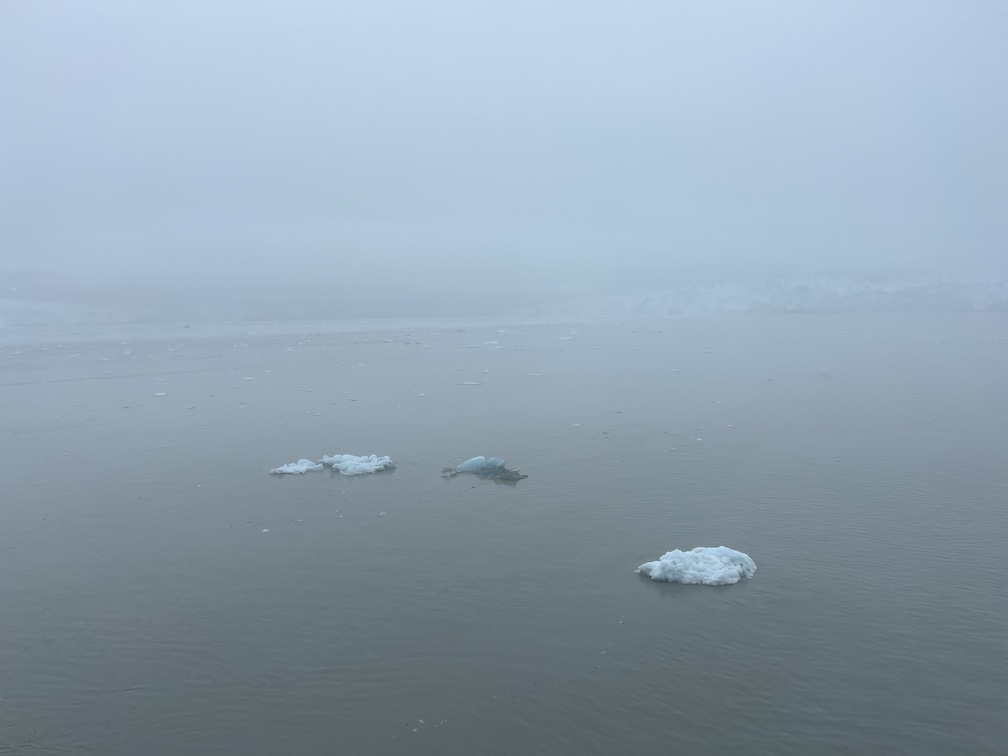 When we got near the glacier, it was quite foggy, but the captain eventually brought the ship close enough so we could tell there really was a glacier out there. 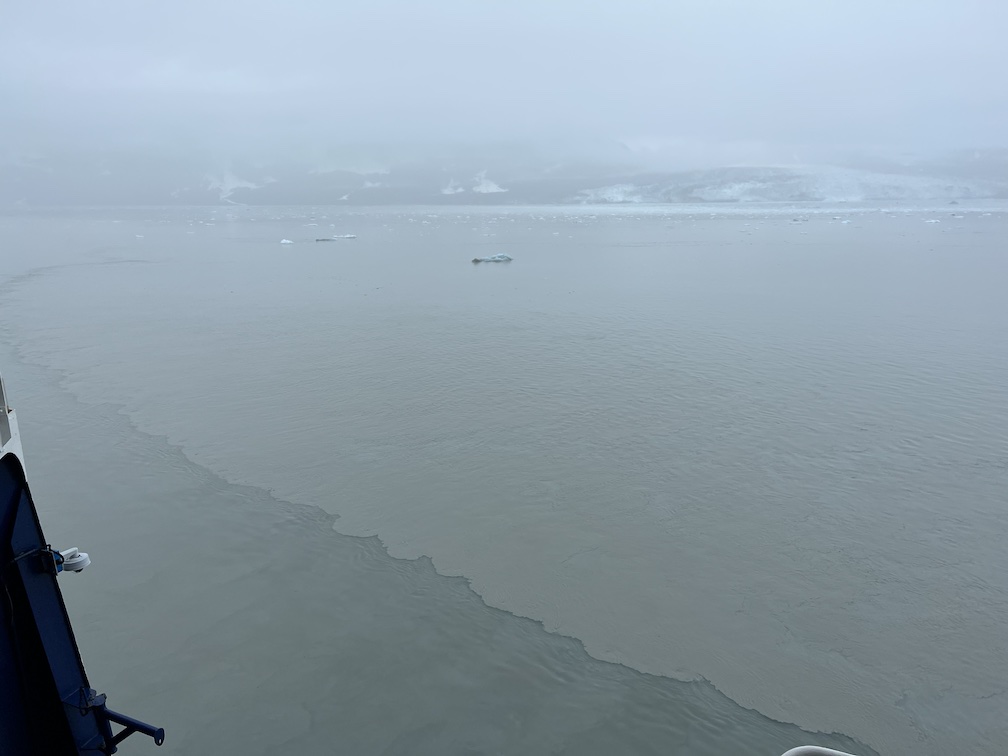 He brought the ship even closer – our suite was on the side facing the glacier for a while, so we went out on our veranda and listened to the sounds of the glacier calving. We weren’t able to see any of the newly-hatched icebergs, but I’m sure they were out there. 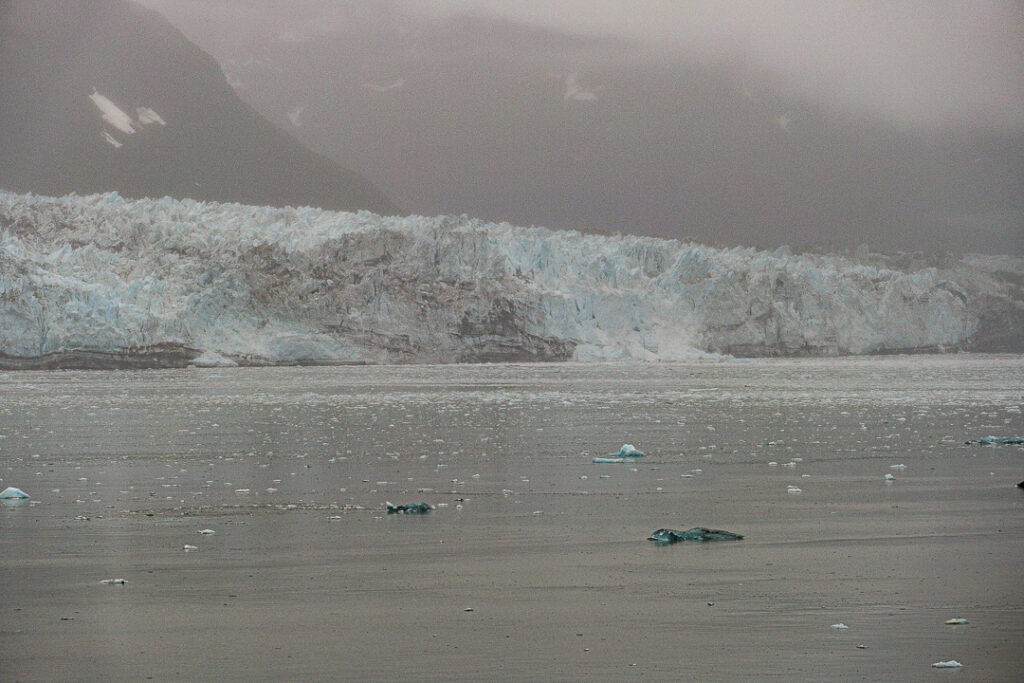 There was an optional excursion on a small boat which brought people closer to the glacier – it was sold out by the time we tried to get seats. I know some people cancelled their seats when they found out what the weather was going to be like, but the excursion ran anyway; I wonder if they had better viewing than we did. 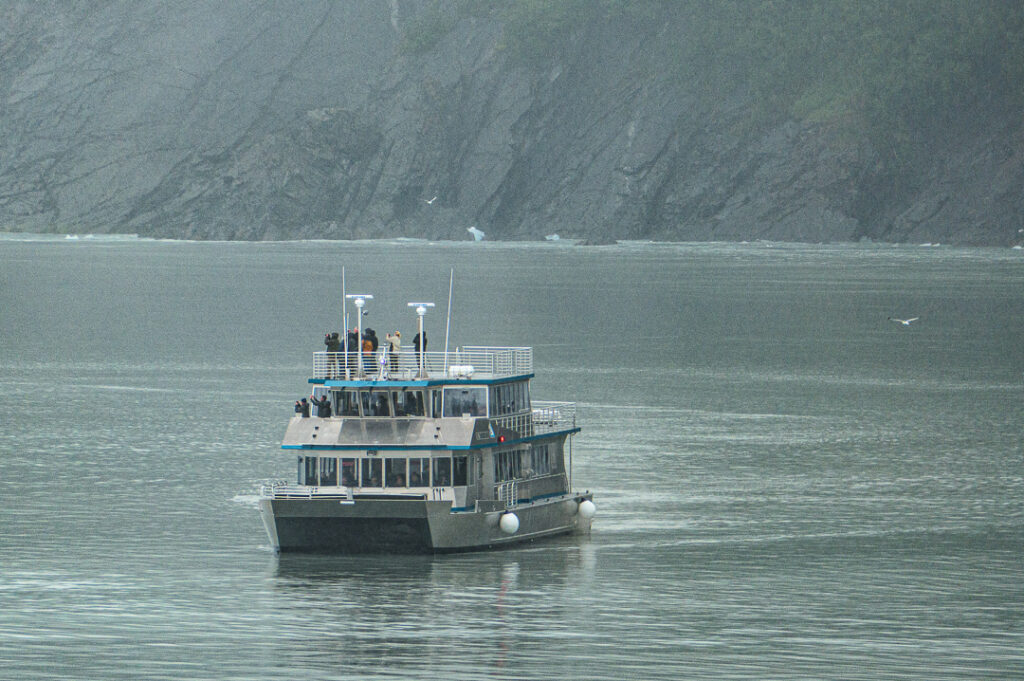 The glacier was amazing even though we couldn’t see it in its best light; it’s one of the few glaciers that’s still advancing (getting bigger), despite global warming.

We’re en route to Juneau; we’re supposed to go out on a whale watching tour and take a helicopter to the Mendenhall Glacier, weather permitting. Here’s hoping!

One thought on “Cruising the Hubbard Glacier”