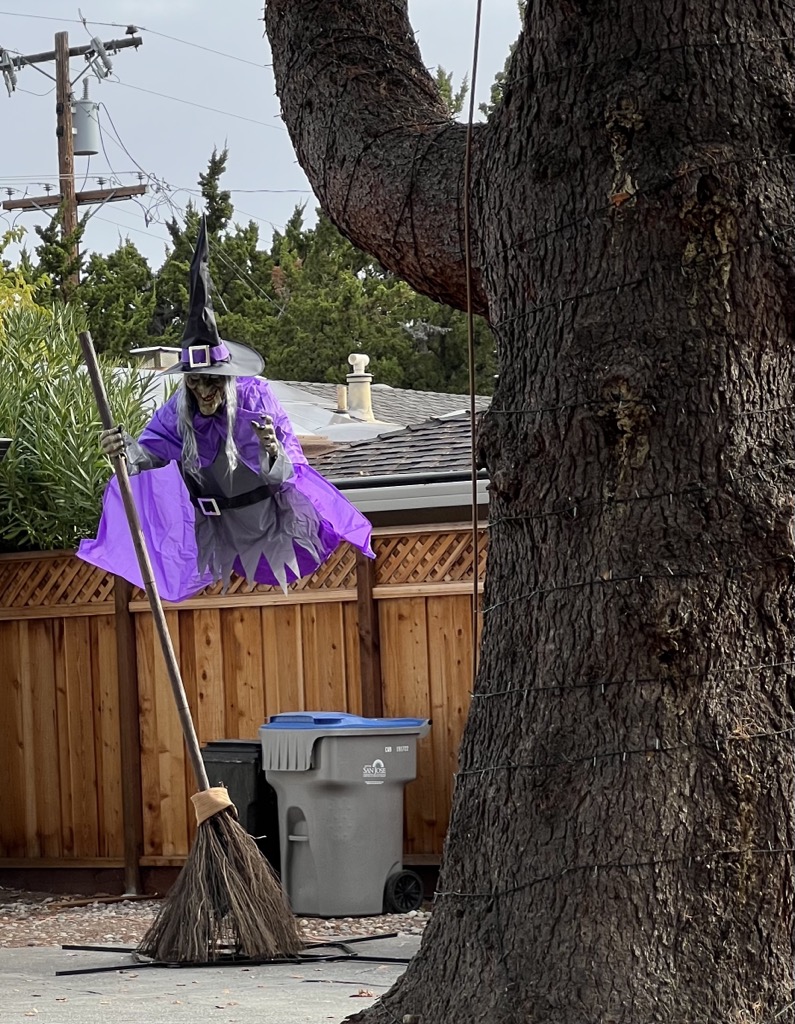 I learned an important lesson on our trip to Africa: don’t overpack your TSA bag.

Especially don’t overpack it with liquids in bottles that can be jostled open.

Especially especially don’t overpack it with liquids (like DEET) which can dissolve plastics when they’re in bottles that can be jostled open.

And most especially, don’t put the overpacked TSA bag in the same backpack as valuable electronics like a camera with a plastic body.

I had thought at first that the only damage was to the battery door, and it wasn’t too big a problem. But when we were on our Hudson River trip, I discovered that some of the buttons and one of the knobs no longer worked, so I sent it off to Lumix Pro Services when we got home.

It’s still there, and I’m hoping for the best…but in case the repair cost is prohibitive, I started looking for a replacement camera today.

My current camera is a Panasonic Lumix FZ-1000M2; it’s a superzoom, with a top zoom range of 16x. It’s comfortable, not too heavy, takes good pictures, and I’m pretty familiar with it, so I hope I don’t have to replace it.

But if I do have to replace it, I think I want to go mirrorless. The cameras I looked at are smaller and lighter, at least with the included kit lenses, and it’s always possible to get a bigger lens for a trip to, say, Africa or Alaska (neither of which is likely to be repeated soon).

I went to San Jose Camera; they let me play with several cameras, and the ones I liked the best were the Nikon Z5 (full-frame) and the Canon EOS R10 (APS-C). I want to check other brands, too, but that’ll require a trip to a different store.

We saw Tabard Theatre‘s production of Wait Until Dark this afternoon. It was a very good choice for the day before Halloween – scary and tension-filled.

I was in the dark about the play, so I was able to enjoy the twists and turns of the plot with new eyes. Don’t read the Wikipedia article – it’s full of spoilers.

The cast was excellent; the staging was effective, and the sound and lighting design were great. We took advantage of Tabard’s pre-show discounts for food and drinks, and that might have made the production even better.

The show is playing until November 13; if you’re in the area, I highly recommend it.

They say that travel is broadening, and the trips we’ve taken this year have certainly broadened me. I’m trying to get back to my pre-travel weight; one of ways that has worked for me in the past is to avoid mindless eating.

This morning, we went to in-person Torah Study at Shir Hadash for the first time since March, 2020. Some things had changed – we were in a different room so that people could join us over Zoom, and, of course, we have a different Rabbi leading the session. But some things hadn’t changed – there were chocolate brownies within easy reach. I ignored them, cheerfully.

This evening, we went to a Halloween party. There were lots and lots of goodies, and I knew that if I started to munch, I’d have a hard time stopping. So I ignored them. But after a couple of hours, I’d seen too many people eating (and praising) the homemade chocolate chip cookies; I was ready to give in to temptation. I walked to the kitchen, only to discover that the tin of cookies was empty.

I drowned my sorrows with M&M’s.

My side of the bathroom vanity has been getting very crowded and messy. The top was covered with half-used sunscreen bottles and the like, and it was impossible to find anything in the under-sink storage. It’s been irritating me for a long time.

This week, I finally found the roundtuit I needed to tackle the problem. I cleared off the top in time for our house cleaner’s visit on Tuesday and enjoyed the result.

Today, I attacked the under-sink area. It was filled with dental floss, prescriptions, insoles, bandages, toothpaste, and much more – all piled haphazardly and awkwardly. I didn’t know what was under there or how much I had of anything.

I had bought a bunch of stacking sliding drawers from the Container Store before the pandemic and used some of them to clean up the shelves in the office, but the rest have been sitting on the floor waiting for inspiration to arrive. It arrived today. 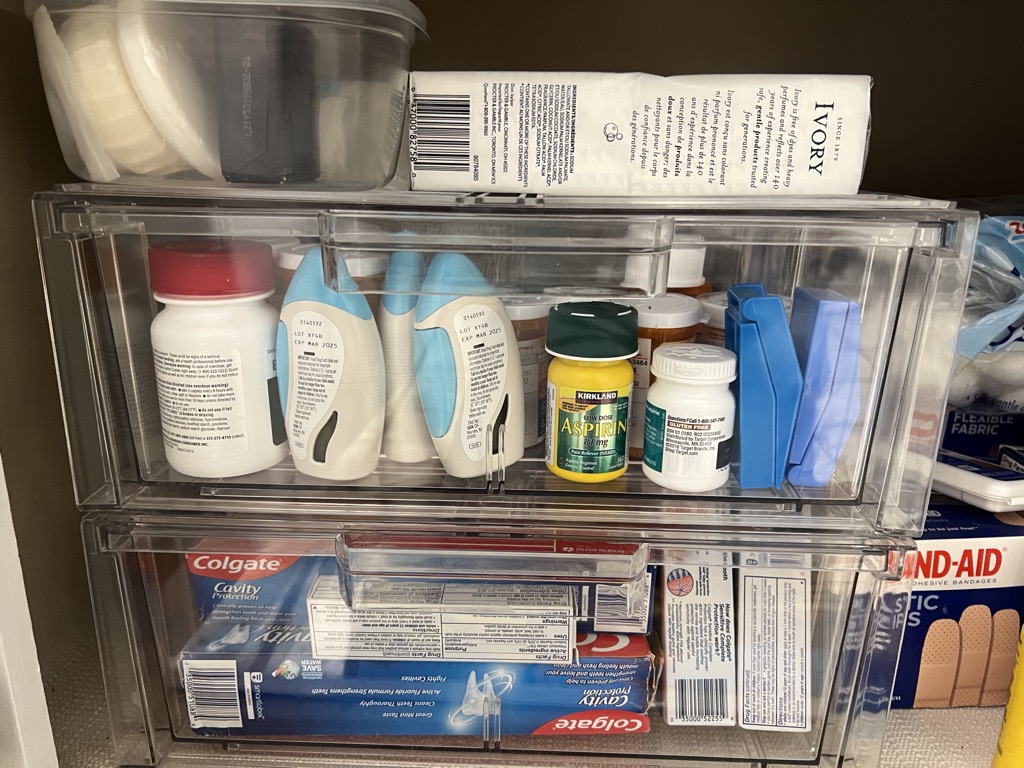 We went to Costco this afternoon, and for a change, I was sure I didn’t need to buy more dental floss – 43 containers should last us for a while!

I’ve been an Amazon customer since at least 1996 (remember when they only sold books?). I was pleasantly surprised at the end of that year when they sent me a free mouse pad; the next year, I got a free tumbler.

And that was the end of the freebies.

Until this month, when, out of the blue, I got invited to join Amazon Vine, which is a program to encourage reviews of selected items for sale on Amazon…but you get them for free (though the fair market value is taxable, and Amazon reports it to the IRS so they get the write-off).

I looked through the items on offer and found something I thought would be useful, a USB-C docking station, so I ordered it. 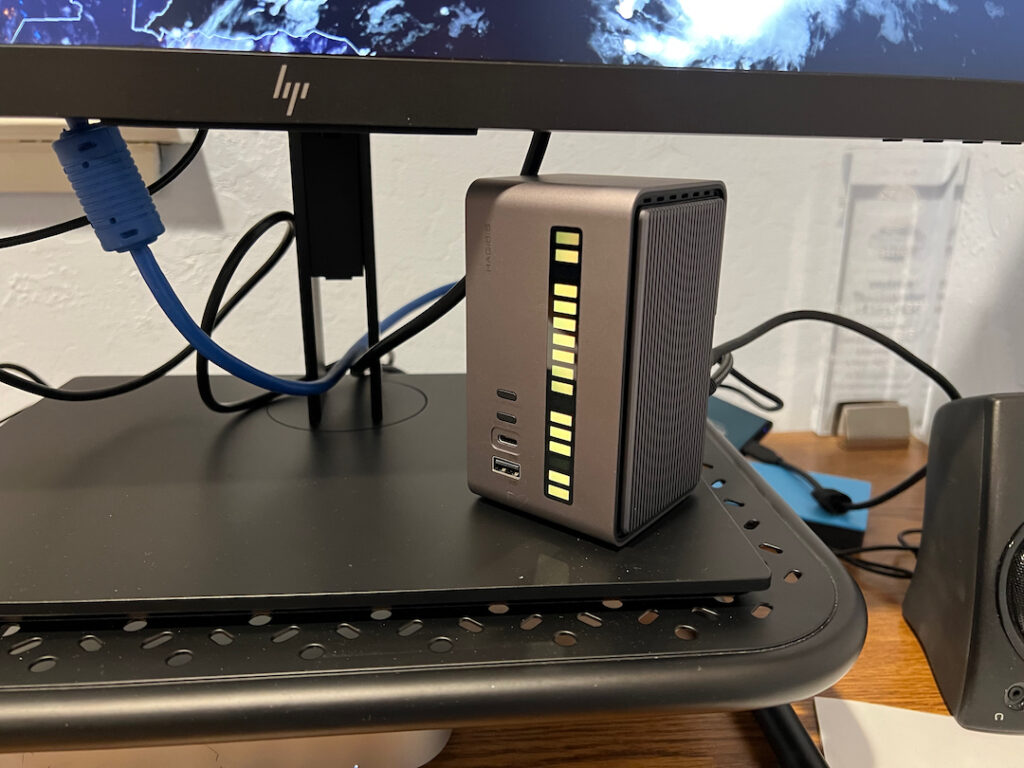 I hooked it up; it is, indeed useful (if nothing else, I have fewer cables on my desk than I did before). I’ve written and submitted a review, which should be posted soon. I don’t know how helpful the review will be to potential buyers, since the dock is “Currently Unavailable”, but I did my part!

I have three more items on order.