Diane and I went to see Silicon Valley Shakespeare’s production of A Christmas Carol at History Park San José this afternoon. The play was mostly performed outside, with the cast and audience walking from building to building as the spirits take Scrooge on his journey through old London. We did go inside for a couple of scenes; here’s Scrooge at his desk in the Bank of Italy building. 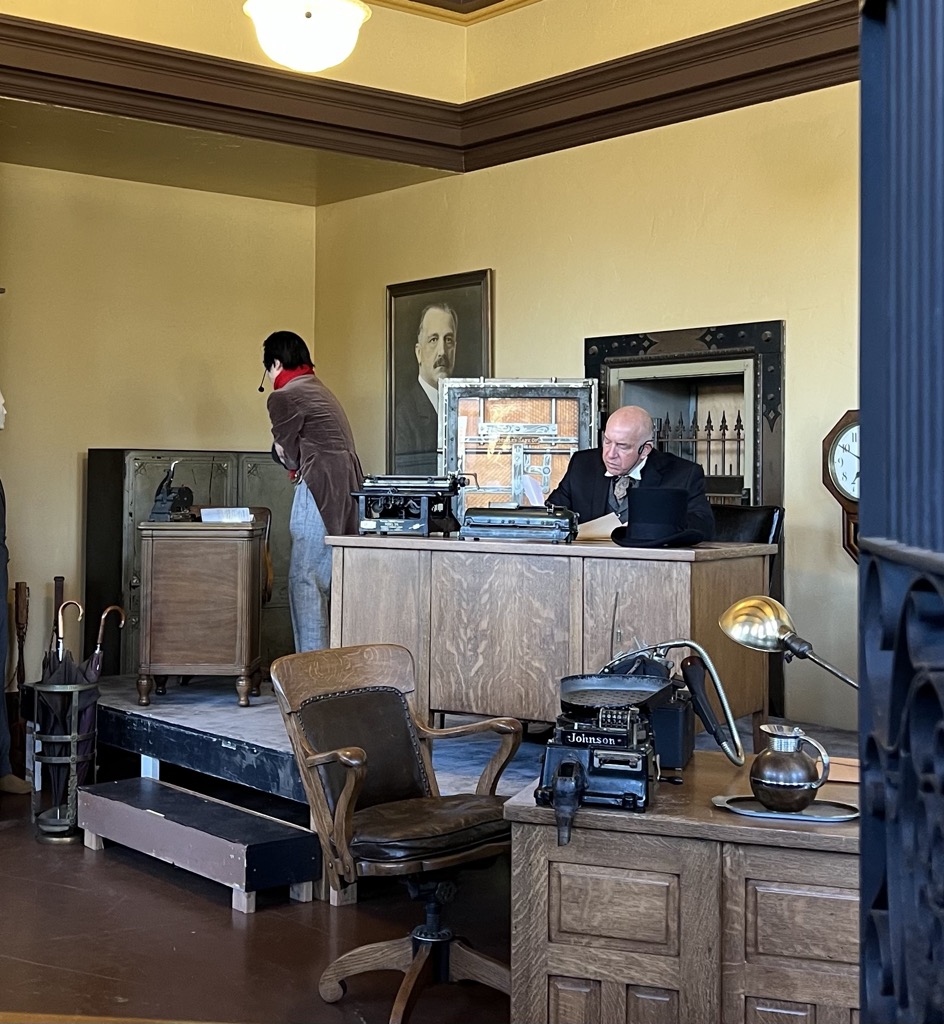 The play started and ended outside the Palace Hotel; at the beginning, we saw Marley’s coffin in the street, and at the end, Scrooge saw his own tombstone. 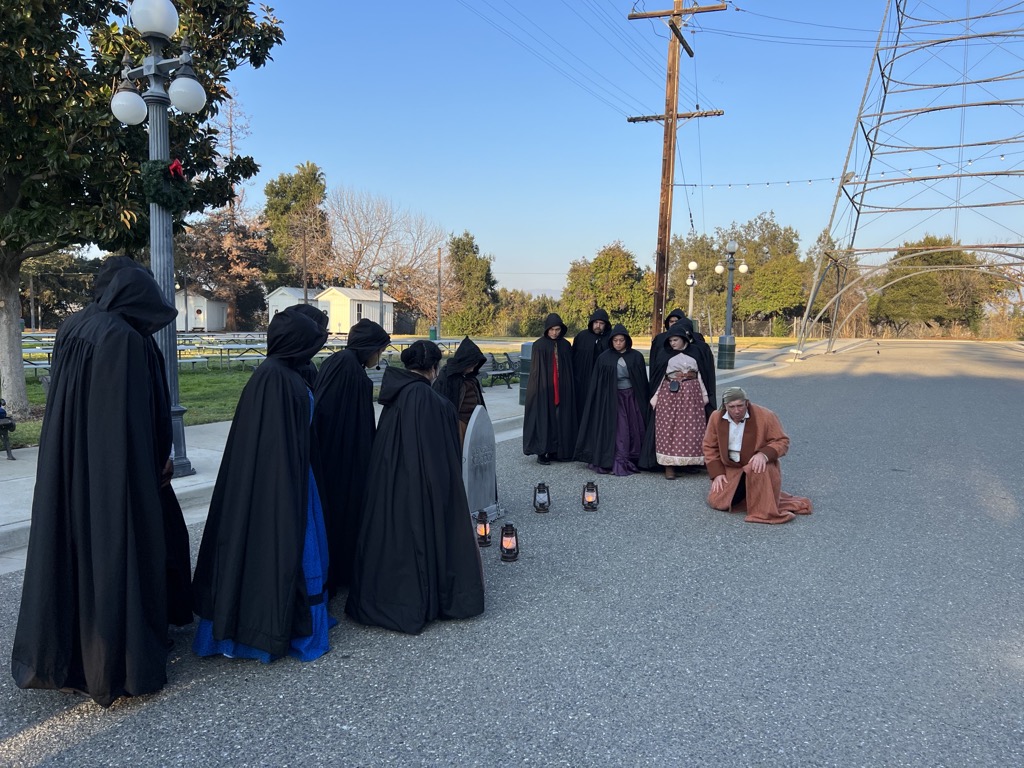 I guess it’s not a spoiler to tell you that there was a happy ending. 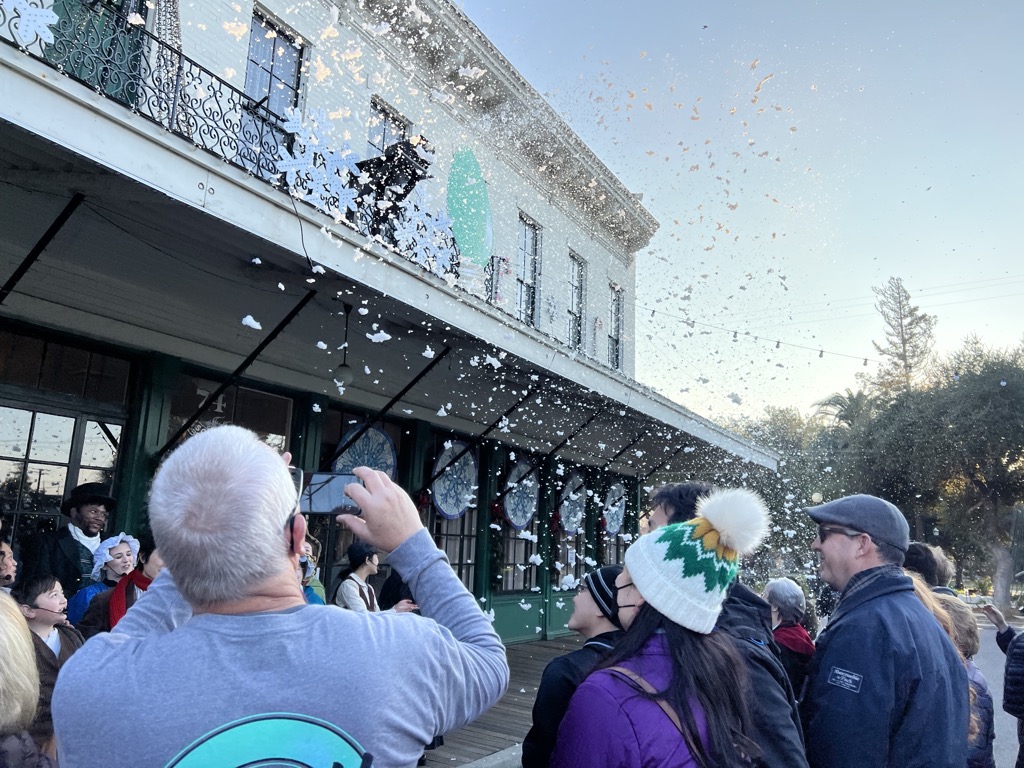 I enjoyed the production; they took full advantage of the setting, and even threw in some caroling as we walked through the streets.

We’d never really been to History Park before – I want to go back sometime when they’re open and explore more!

After the play, we came home and lit our menorah for the first night of Hanukkah, then we watched some a capella Hanukkah videos from the Maccabeats and Six13, including our favorite, Candlelight.