Our Panama City hotel was the Bristol Hotel, conveniently located near the waterfront and the shopping district. Our room was enormous and comfortable. Breakfast was in the hotel restaurant, and, while perfectly acceptable, was probably the least interesting breakfast we’d had on the entire trip.

The day’s touring began at Panama Viejo, a UNESCO World Heritage Site. We saw the ruins of the Church and Covenant of the Conception. 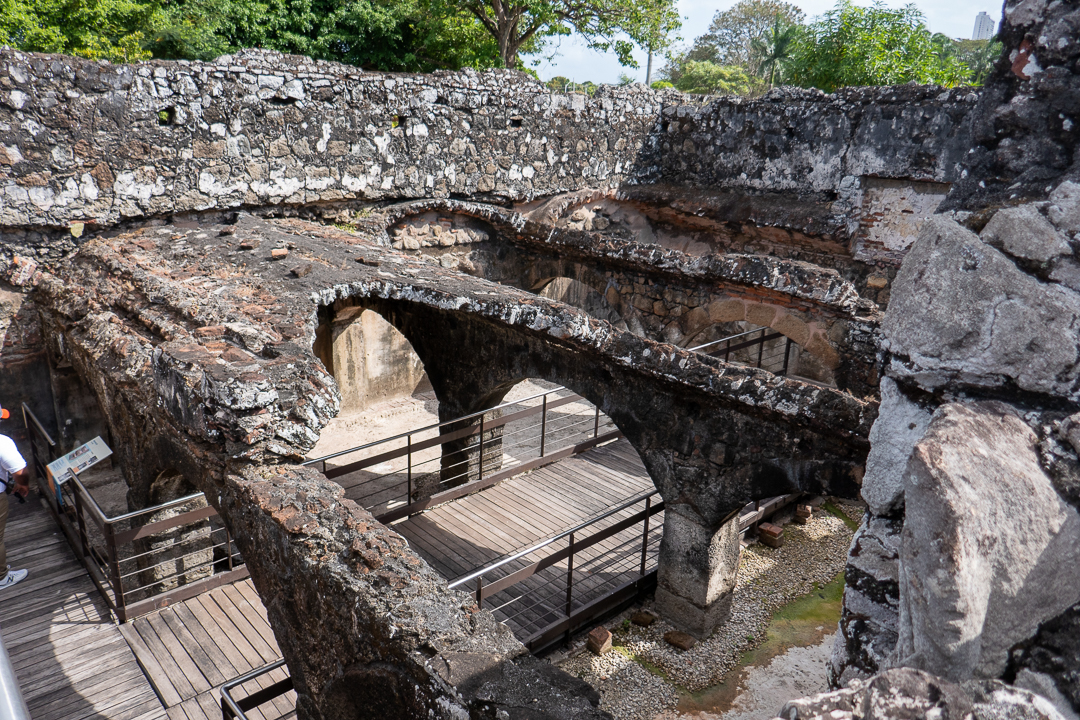 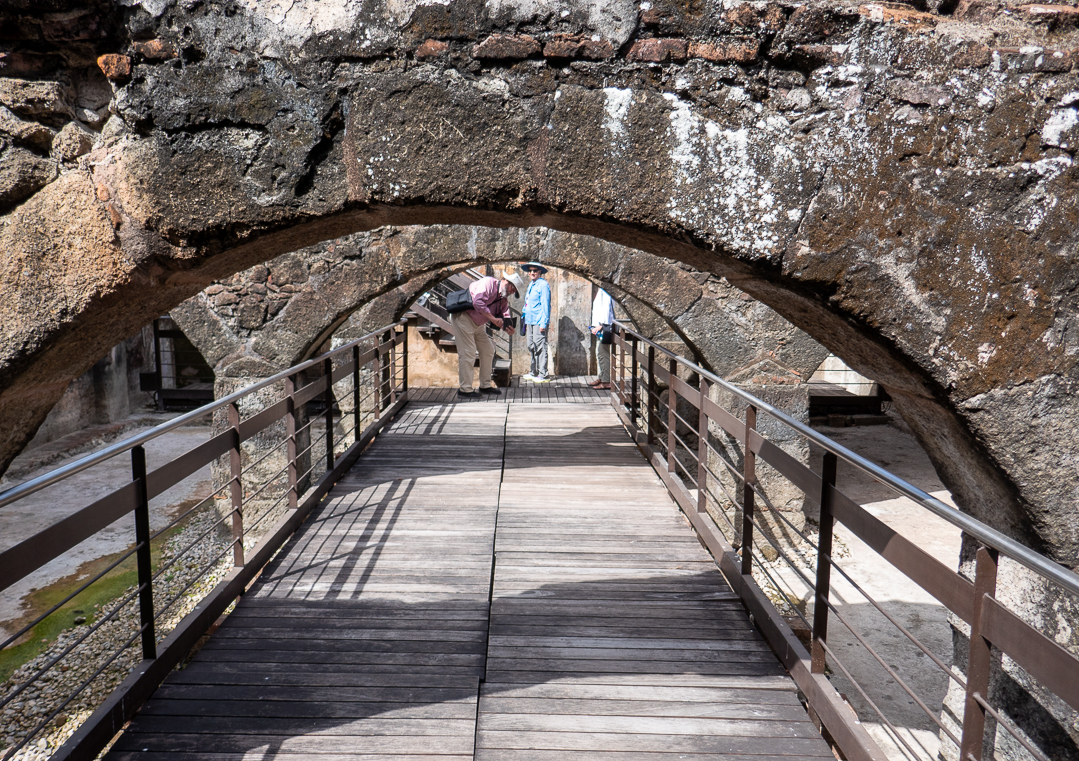 Panama Viejo was founded in 1520 and destroyed by the Welsh privateer Henry Morgan in 1671 – I wonder what they would have thought of modern Panama City. 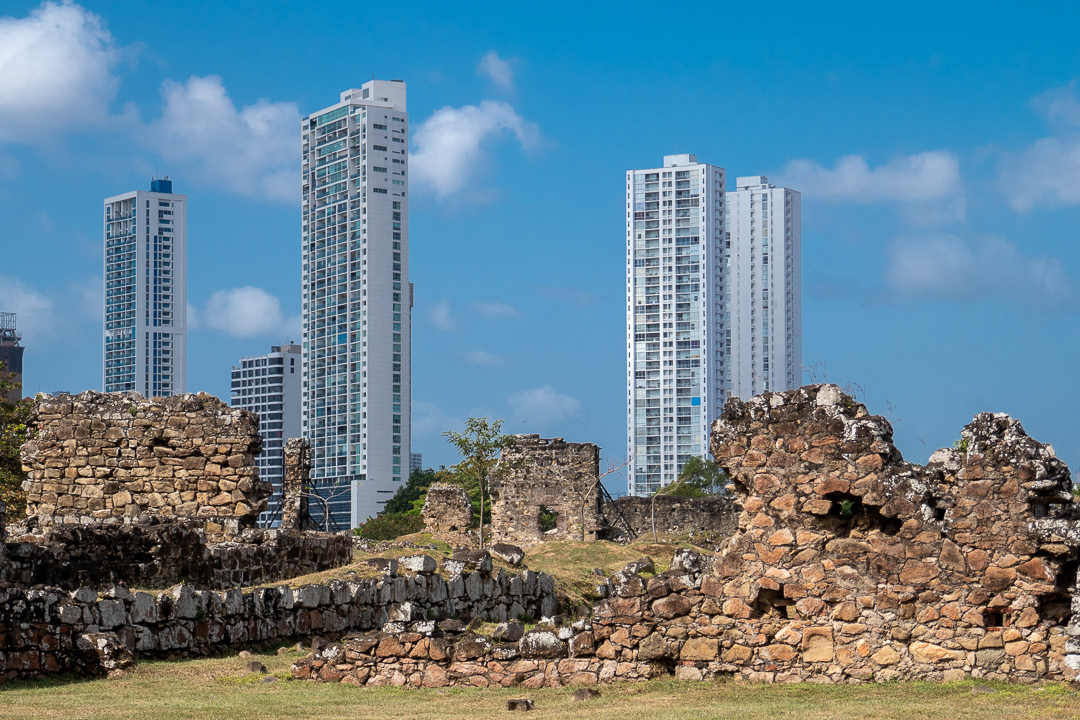 The area was popular with photographers and their subjects, too. 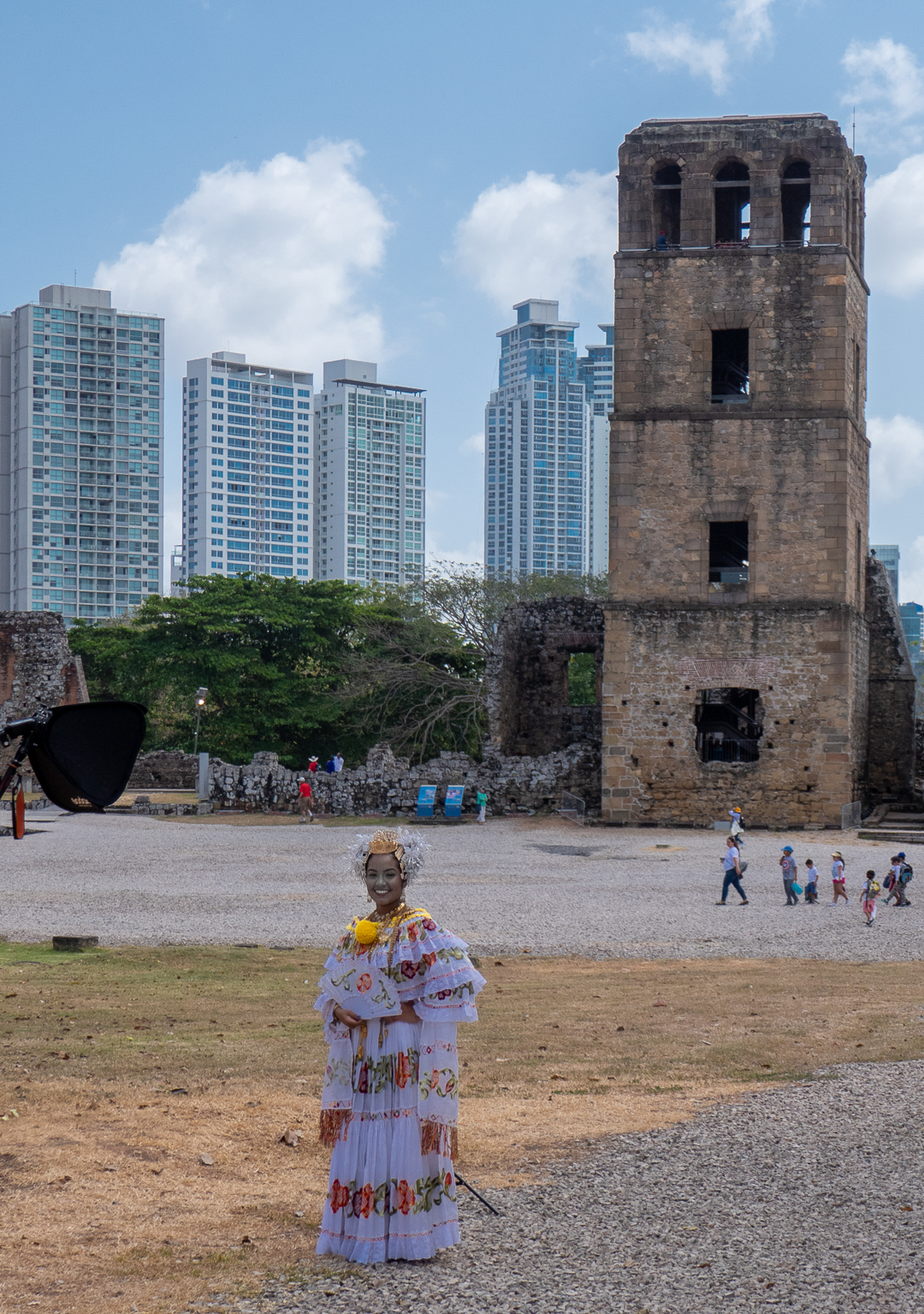 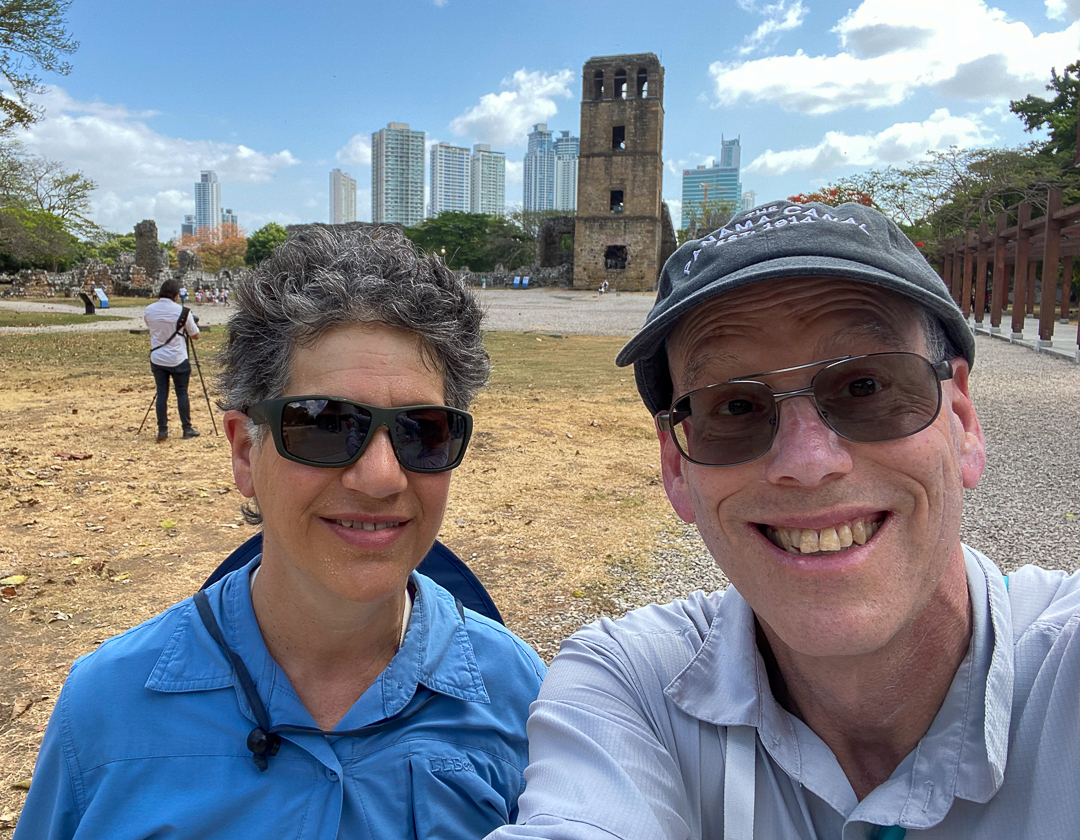 We got back on the bus and traveled to the [Panama Canal Administration Building] in the middle of the former Canal Zone. The outside wasn’t all that impressive, but the inside rotunda was loaded with plaques commemorating the Panama Canal’s engineering achievements.

There were also busts of Carlos V of Spain, Teddy Roosevelt, and Ferdinand de Lesseps (builder of the Suez Canal), 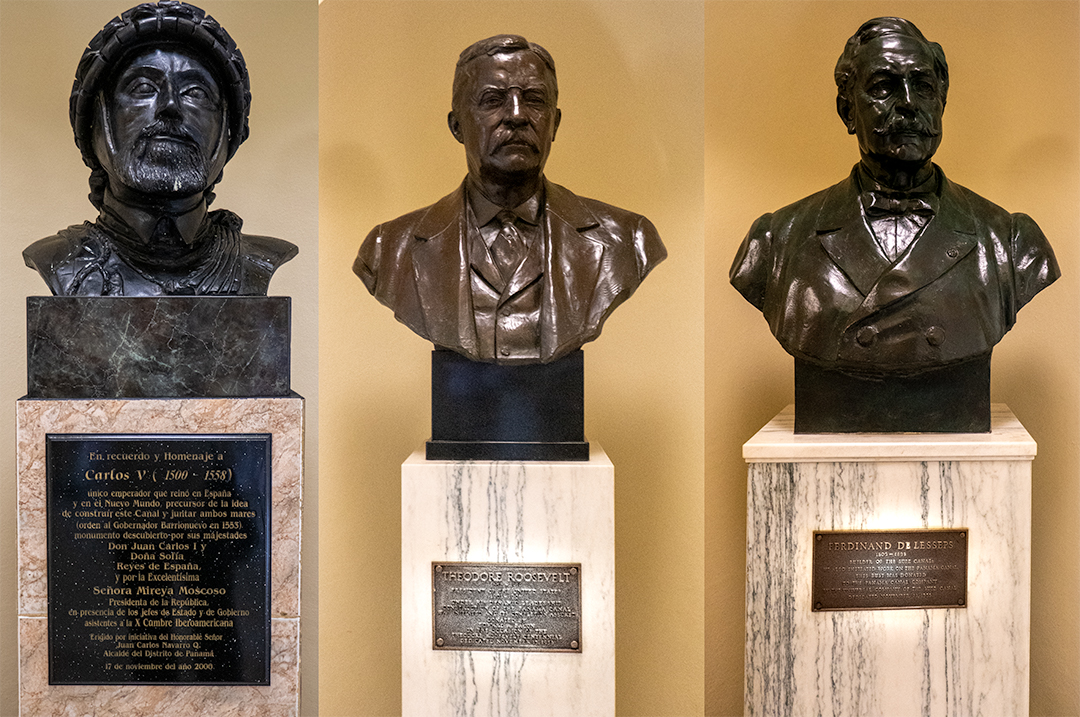 There were also murals showing stages of the construction of the Canal, but the Canal Authority’s page has much better photos than I was able to take.

There is an invisible lock just outside the Administration Building – the building is 85 feet above ground level (the height ships rise in the lock), and the palm trees are 110 feet apart and cover a 1000 foot length, matching the size of a lock chamber. 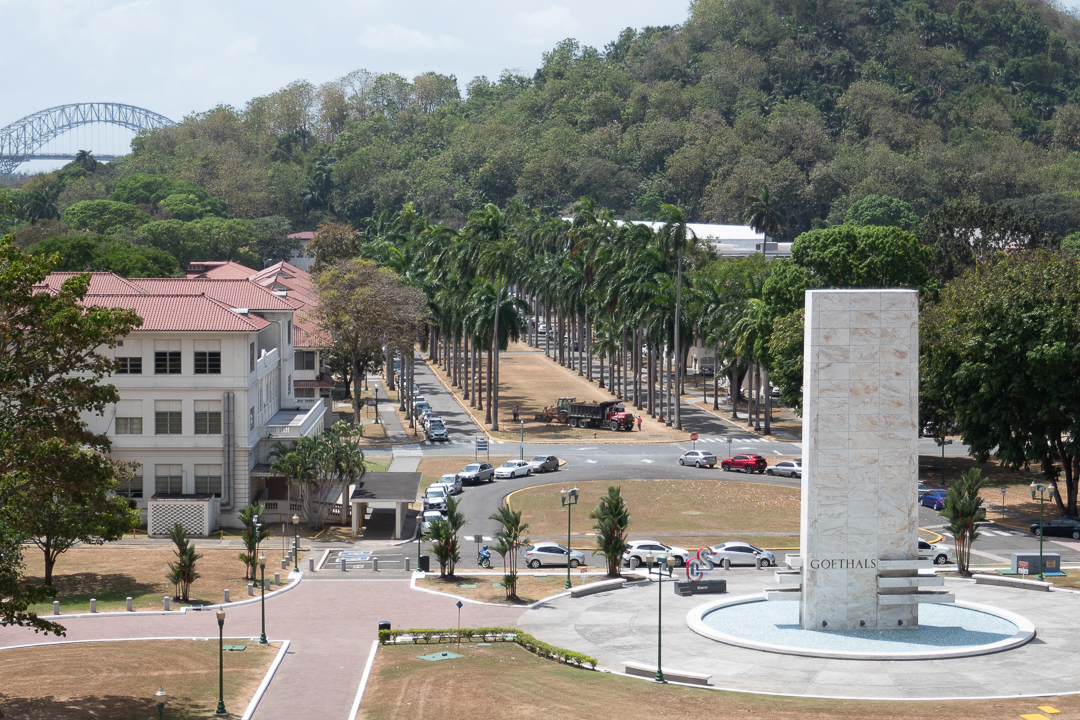 After lunch, we decided to follow the recommendation of the Director of STRI and have a drink at La Rana Dorada brewpub on Via Argentina, about a 20-minute walk from our hotel. Our friend Desi joined us. There were several possible routes; the one we picked might not have been optimal, because we found ourselves in a neighborhood that was under construction…with narrow sidewalks, a couple of feet higher than the street…and not much pedestrian traffic. Suddenly, I heard Desi shout, “David!” – I turned around quickly. We’d gotten far enough ahead of her that a group of four people had inserted themselves between us – she felt hands tugging at her pack, and that’s when she shouted. She saw a 10-year-old (or so) vanishing behind two of the people, and they all ran into a store. She was lucky – nothing had been taken, but we were all nervous (especially her!) until we got into a better area a block later. We all had something harder than beer at the pub. 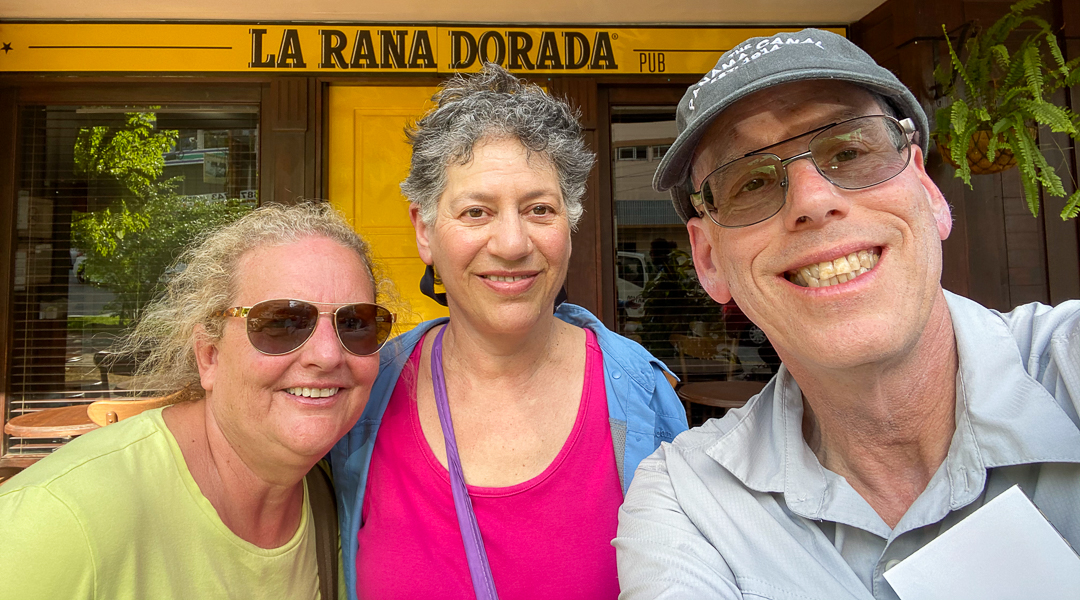 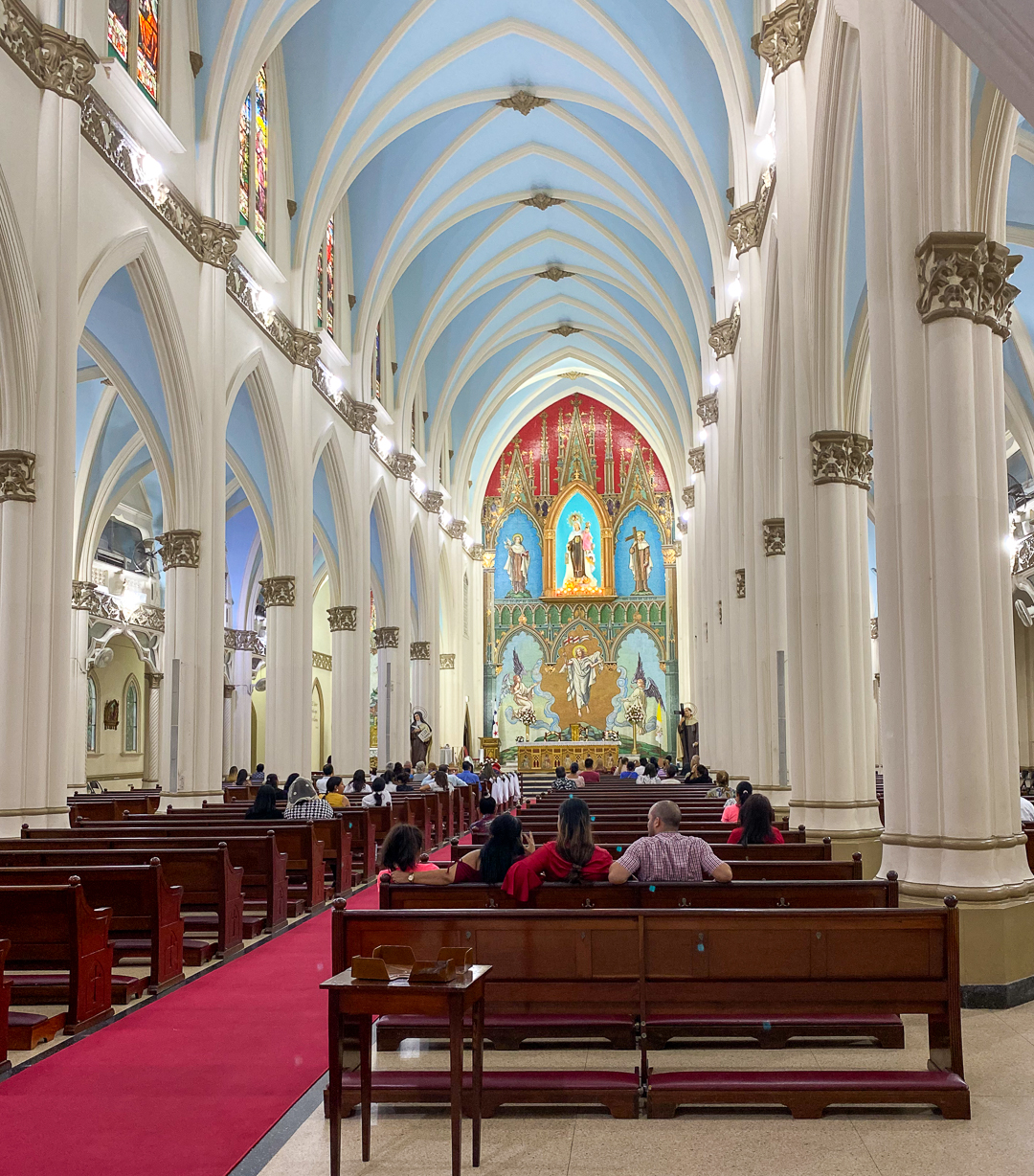 It was Valentine’s Day – Diane and I had dinner al fresco at a true local hotspot, Coffee Max. We split a burger and each had a mango water smoothie – it was delicious! And the company could not have been better!