It was still pretty noisy outside last night when we went to bed, but closing the windows and turning on some brown noise made a huge difference, and we slept well.

We took an early walk this morning in search of a non-buffet breakfast – not much was open, and what there was didn’t appeal to us, so we went back to our hotel for their buffet after all – it was good, though not very Icelandic, except for one beverage: 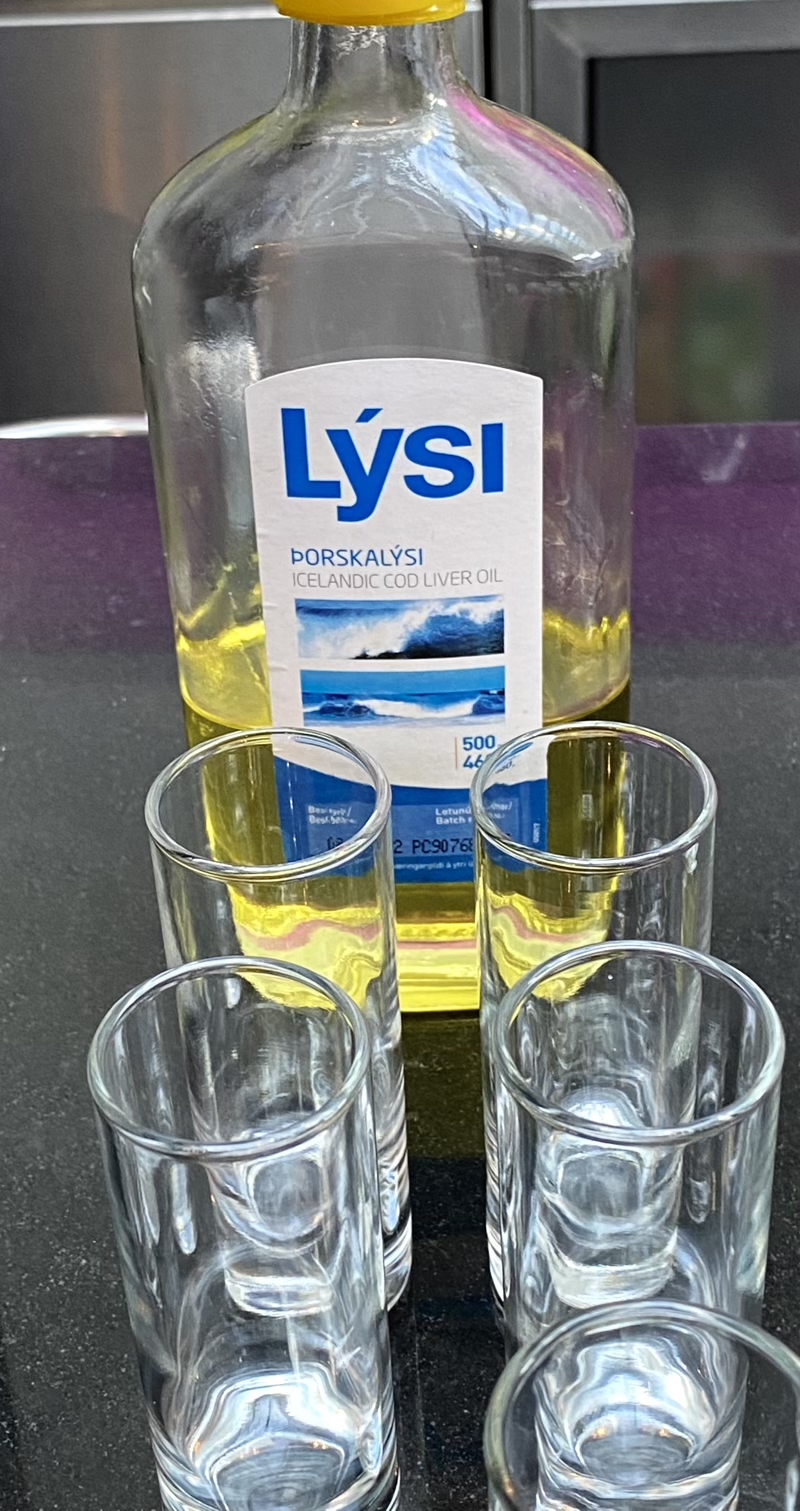 Neither of us indulged.

After breakfast, we went to Kolaportið, the weekend-only flea market held in the old customs hall. It’s mostly aimed at locals rather than tourists (in fact, their official website is only in Icelandic) with lots of semi-permanent booths selling things like reading glasses, vintage clothing, and old appliances, but almost as soon as we entered, Diane found a jewelry maker who had made a nice pendant with a preserved lupin flower inside. 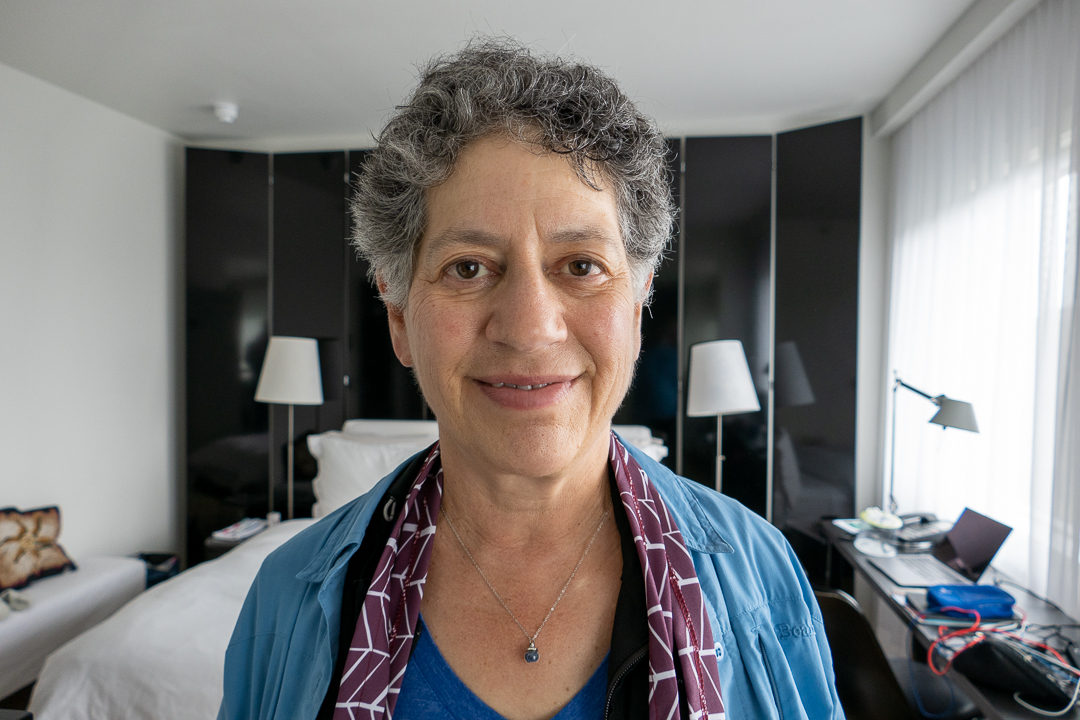 After wandering through the rest of the market (which reminded me very much of a con’s huckster room, though with even fewer books), we decided we’d take the ferry to Viðey Island. There were two options, both covered by the Reykjavik Card. There was an hourly ferry from the Skarfabakki terminal, which would require a cab ride. Or there was a twice-a-day ferry from the Old Harbor, ten minutes walk away – but I couldn’t find the schedule on their webpage and they didn’t answer their phone! We gambled and walked to the Elding booth at the Old Harbor and found that the next departure was 10 minutes away.

The trip was pleasant – we saw the Þúfa, an interesting artwork, as soon as the ferry pulled out, and of course there were views of Hallgrímskirkja Church and Harpa to be had, too. 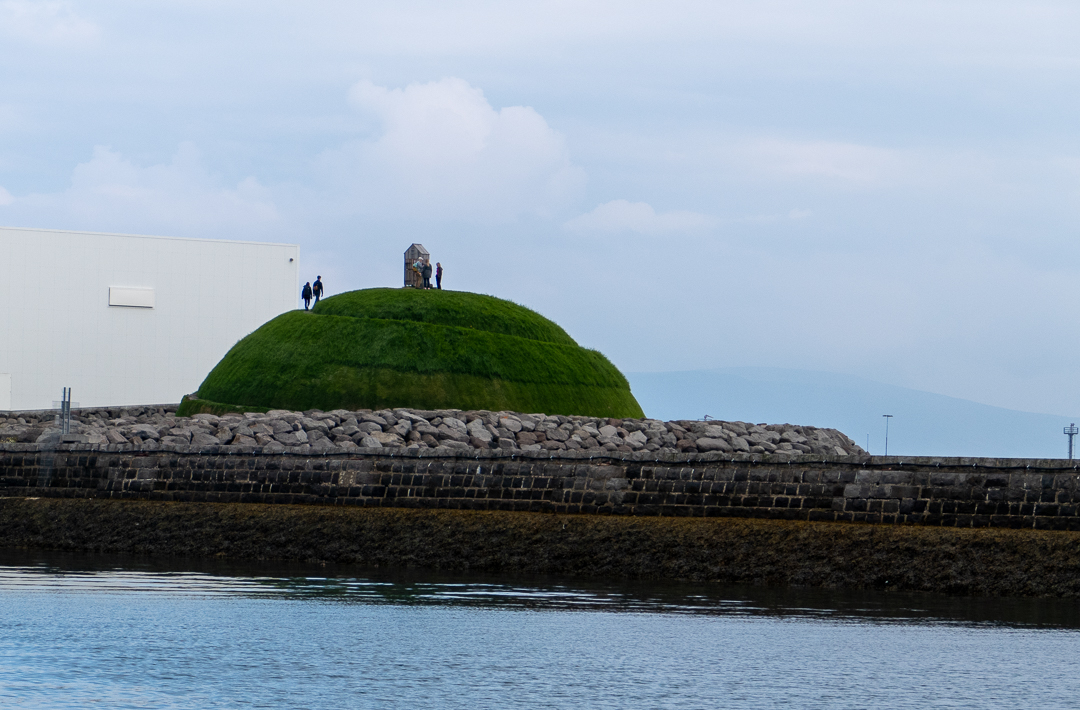 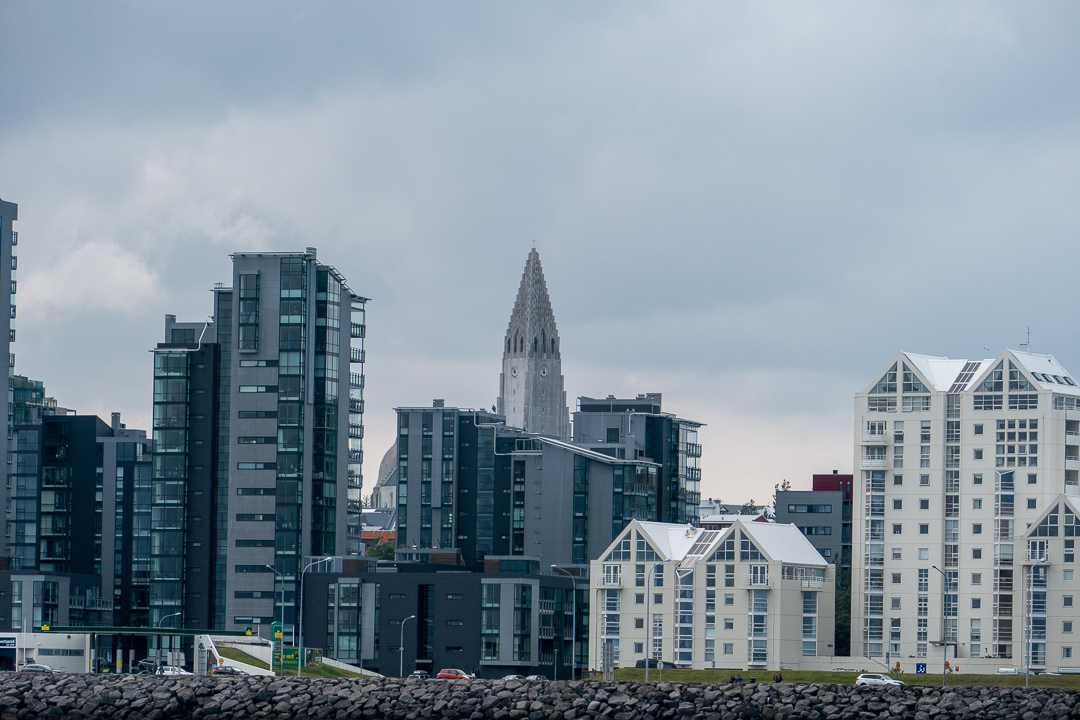 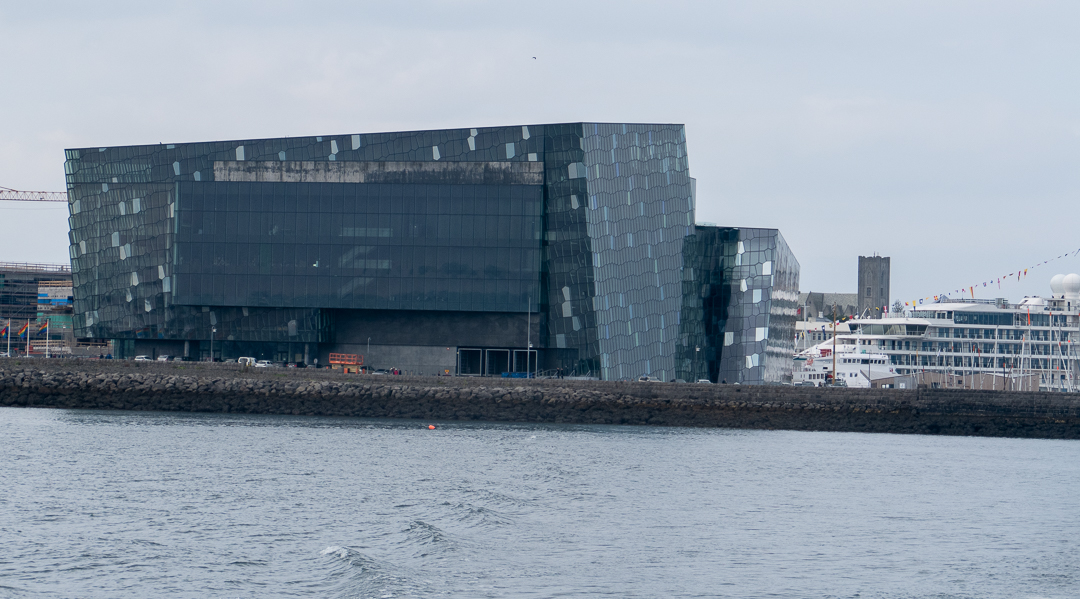 The ferry stopped next to an Icelandic Coast Guard cutter, but nobody got out – we had stopped at Skarfabakki terminal to pick up passengers.

Five minutes later, we were at Viðey Island; we had a quick lunch at Viðey House and set off to explore the island.

Our first stop was the Imagine Peace Tower, a memorial to John Lennon from Yoko Ono. It wasn’t lit, of course, but I can imagine it would be very interesting to see when it is! 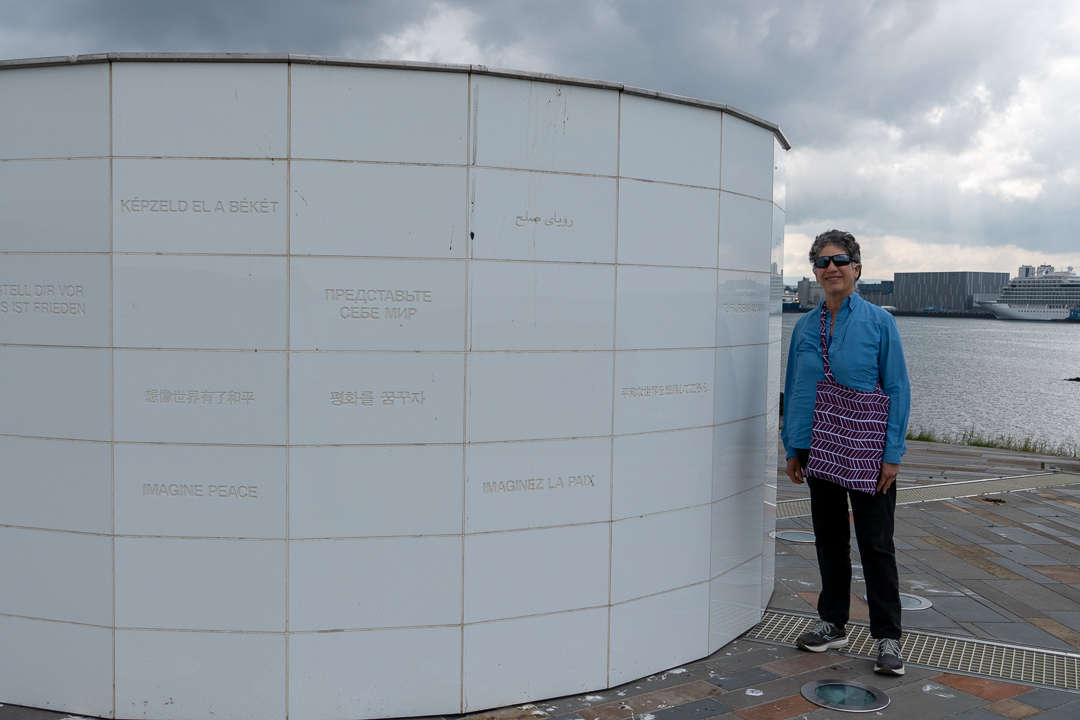 We didn’t have enough time to explore the whole island, but we did visit a few of the Milestones created by Richard Serra. 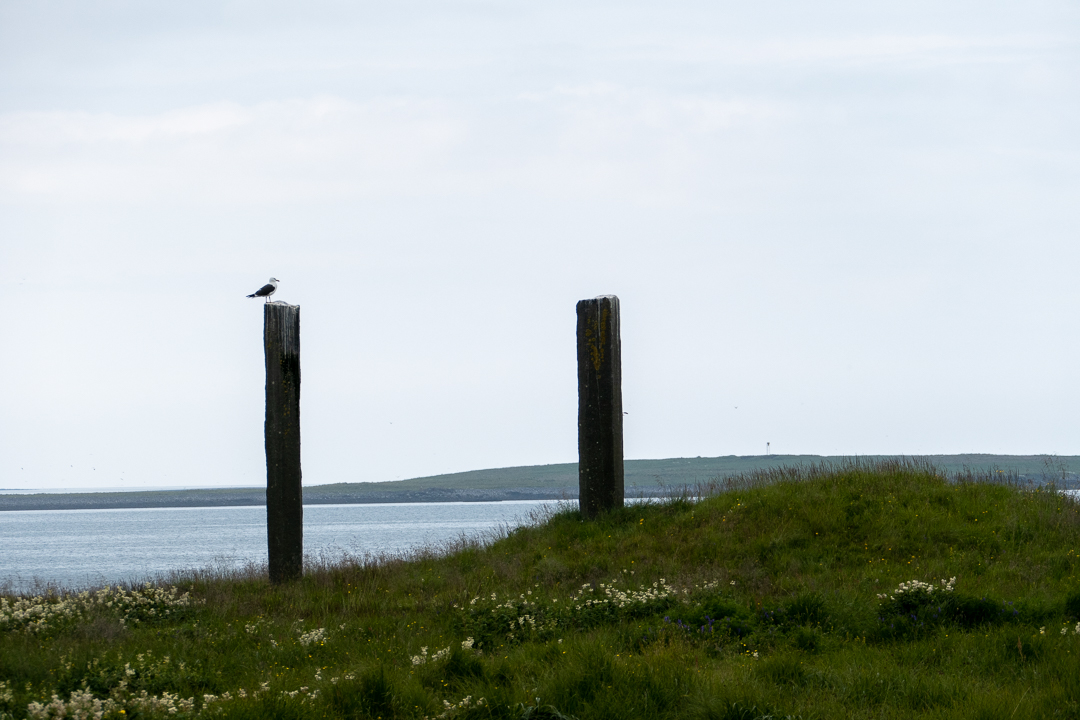 Soon enough, though, we were on the ferry and waving goodbye to the island and its inhabitants. 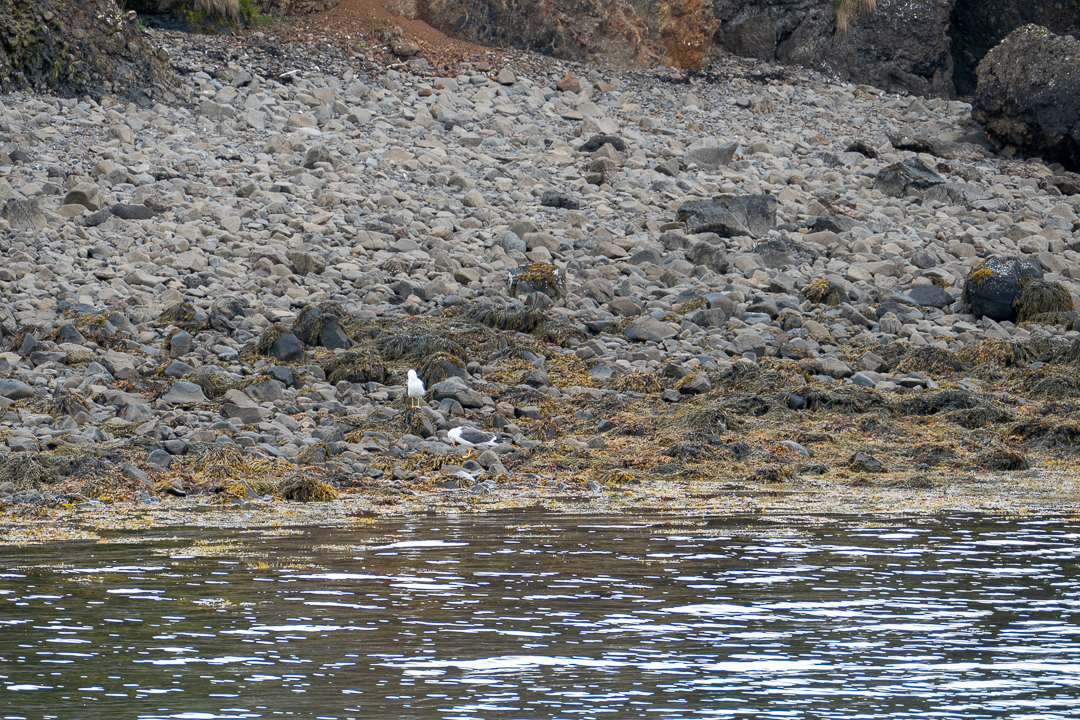 We got off at the Old Harbor and decided to visit the Omnom Chocolate Factory and Ice Cream Shop. It was raining lightly, and we weren’t dressed for it (I’d foolishly believed the weather forecast), so we popped into the Maritime Museum to let the worst of the rain pass.

I hadn’t really researched Omnom beyond seeing the rave reviews of their chocolate and ice cream; I thought it’d be a large operation, something like the Jelly Belly Factory or the Ritter Berlin Choco-World. It wasn’t – there was only one person staffing the store, which offered a few ice cream concoctions and a wide selection of chocolate bars. Both of us got the Lakkrís Wolf, which had soft serve covered with liquorice-chocolate sauce, raspberry-liquorice-chocolate cookie crumble and a milk chocolate wolf. It was interesting, but I wouldn’t choose it again. And we had to eat it outside, where the rain had returned.

We were able to take a bus back almost all the way to our hotel instead of walking a couple of kilometers, but we still got drenched when some clown drove his car through a puddle right next to us!

After we changed our clothes, we went on a final search for souvenirs in the Laugavegur area near our hotel – it’s Pride Week here, and the streets were filled with people celebrating (or maybe that’s what every summer Saturday looks like here!).

We had dinner at Brew Dog – good beer, messy sandwiches (sadly, they had run out of lambstrami, which was our goal, but the brisket and cheese bun was good), and a skillet cookie which might not have really been necessary. Our timing was good – when we left, there was a long line of people waiting for tables.

Now to pack up – tomorrow, we fly!