Our streak of surprisingly good weather continued today in Boston, with a high of 76°F, and just a tiny bit of rain, enough to cool things down when we needed it.

Our son came to our hotel this morning about 10, and it was wonderful to see him after so long. We went out to his place in Allston to see where he lives (and of course to take advantage of the free laundry facilities)! We had lunch at Punjabi Palace – after 10 days in Iceland, it was a nice change!

This afternoon, we walked from Copely Square to the New England Aquarium by way of Phin Coffee House (yes, there are alternatives to Dunkin here). We’re taking a Brutalism tour with Boston By Foot – we’ve been on many of their tours in the past, mostly concentrating on all of the history that’s happened here, so this one should be different.

We looked at seven Brutalist buildings, all dating from the 1960s and 1970s – Brutalism fell out of favor quickly (partially because the cost of concrete increased!). The first was the New England Aquarium itself, which was built as part of a new mayor’s attempt to revive the waterfront and opened in 1969. Our guide told us that the best way to see the building as it was would be to see it from the water, but the photo below shows the Brutalist bones of the building, as well as the additions in 1996 and 2004, which are far more modern-looking. 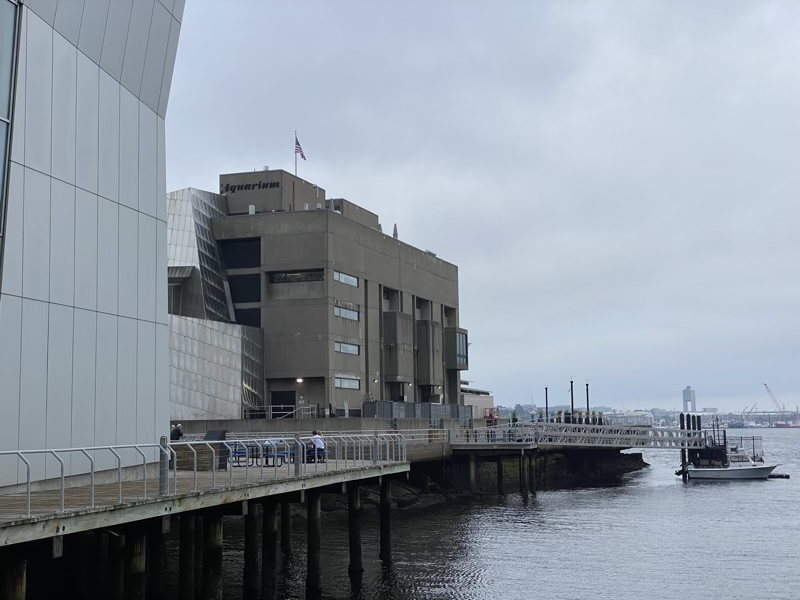 After that, we looked at the two Harbor Towers apartment buildings. They’re about 40 stories tall and were built as affordable housing, opening in 1971. They faced the Central Artery highway (moved underground in the Big Dig) which separated them from the rest of Boston. They’ve been converted to condos and are now desirable housing! 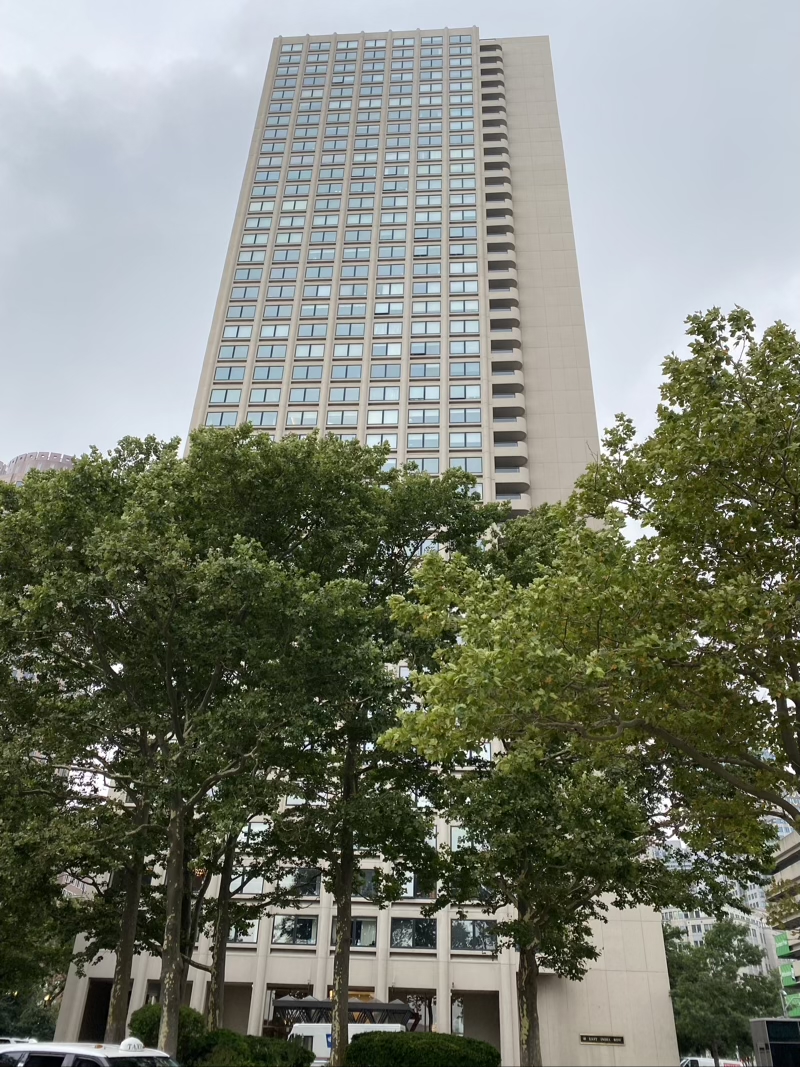 Harbor Garage was the last building we looked at by the waterfront; its current owner wants to build a 600-foot-high tower over half the garage and promises to remove the other half to provide a “blue way” to the water to complement the Rose Kennedy Greenway which replaced the Central Artery. This is a controversial proposal, needless to say. 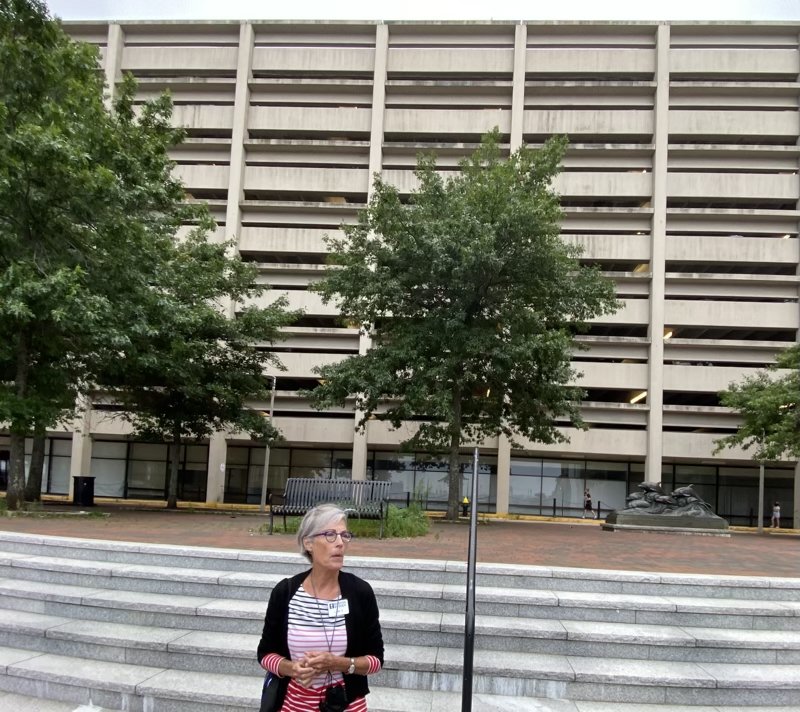 Our next stop was the State Street Bank Building (225 Franklin), built in 1966 – it was the first privately-developed major building in Boston’s Financial District in decades. The cantilevered openings along the sidewalk opened the building up to its surroundings, unlike Prudential Center and the John Hancock Building, which were built around the same time. This was my favorite building of the tour. 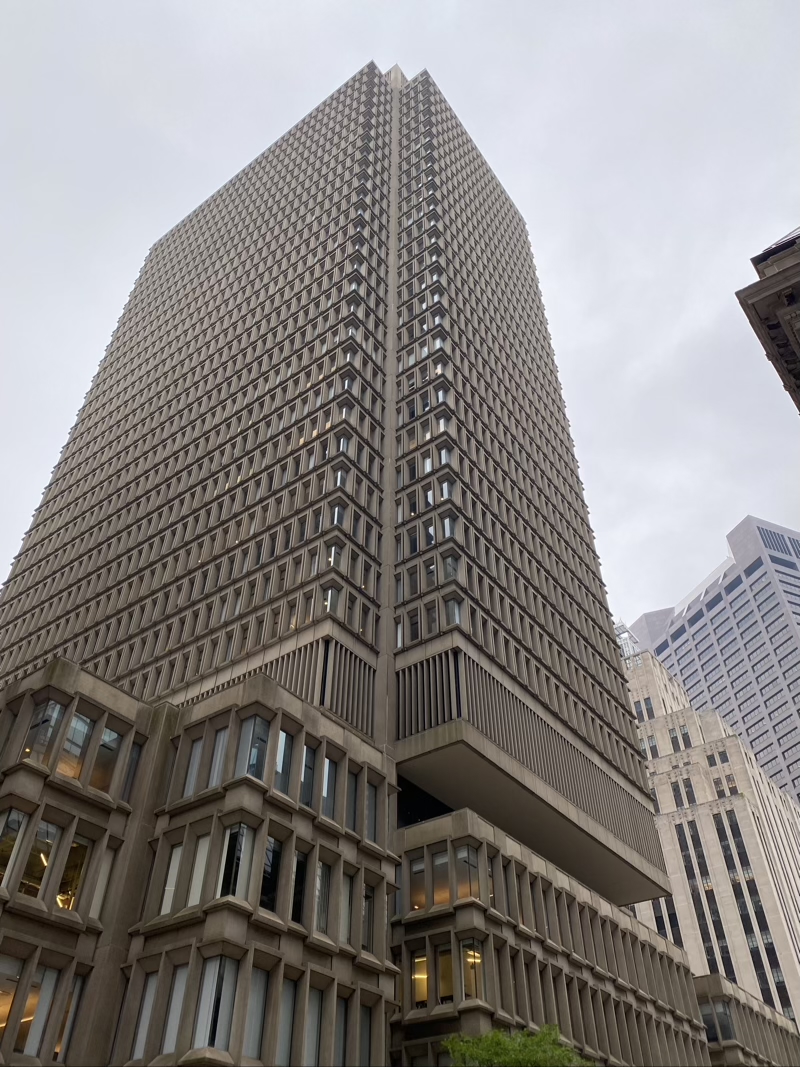 Walgreens currently occupies a 1972 addition to the Boston Five Cents Savings Bank building – when it was built, it was right on a street which has since been removed, giving it some breathing space. 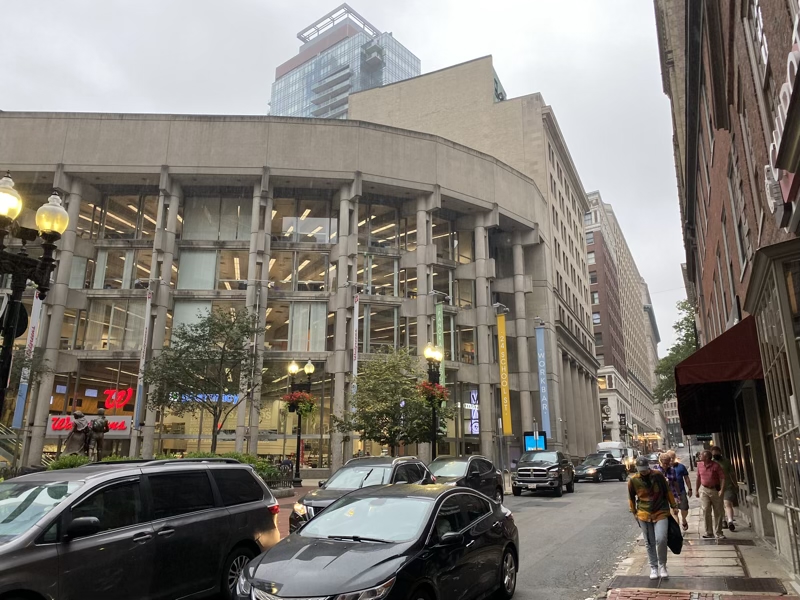 The final building on the tour was Boston City Hall, which is the anchor of Government Center. It got mixed reviews when it was built, and still gets them today; the design is interesting since it puts the places where the public interacts with city government on the ground floor, ceremonial space on the next floor, and consigns the actual workers to the top floors. 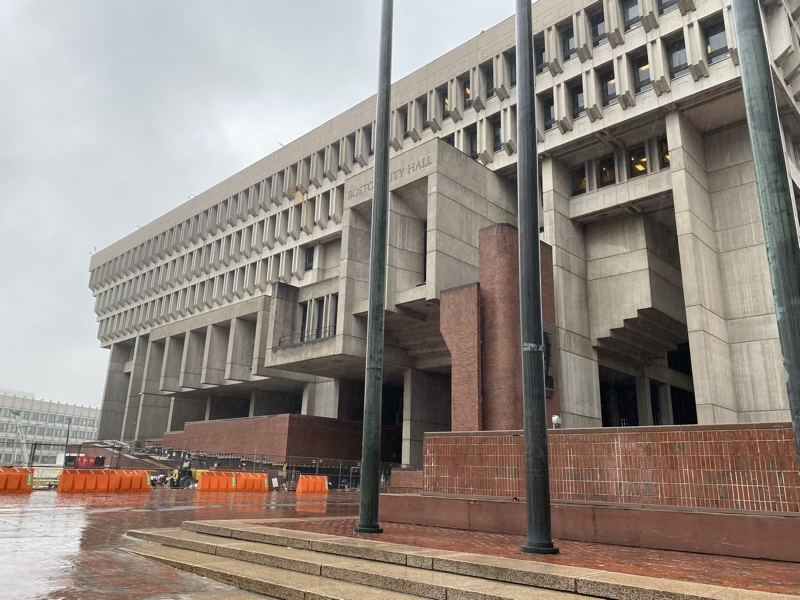 By the time the tour ended, so had our stretch of good weather. There was a not-so-light drizzle when we got on the T to return to the Westin and by the time we got off, it was pouring. I wish I could bring some of the rain home with us!