Another day of American History today; we took the T to the Quincy Adams station for a planned 10am visit to the John Adams and John Quincy Adams Birthplaces, part of Adams National Historic Park. Google claimed that the Birthplaces were an 11-minute walk from the T station, but its omniscience fell short of routing us through the construction zone at the station, and the MBTA’s signage was no help, either. Eventually, we got outside and called a Lyft – and the driver had a hard time finding us, too.

We got to the Birthplaces 15 minutes after our reservation, but they had waited for us, and all was well. Both houses are “saltboxes” – we could only see the first floor of each one, which had very similar layouts.

We started at John Adams’s birthplace – he lived there until he married Abigail. 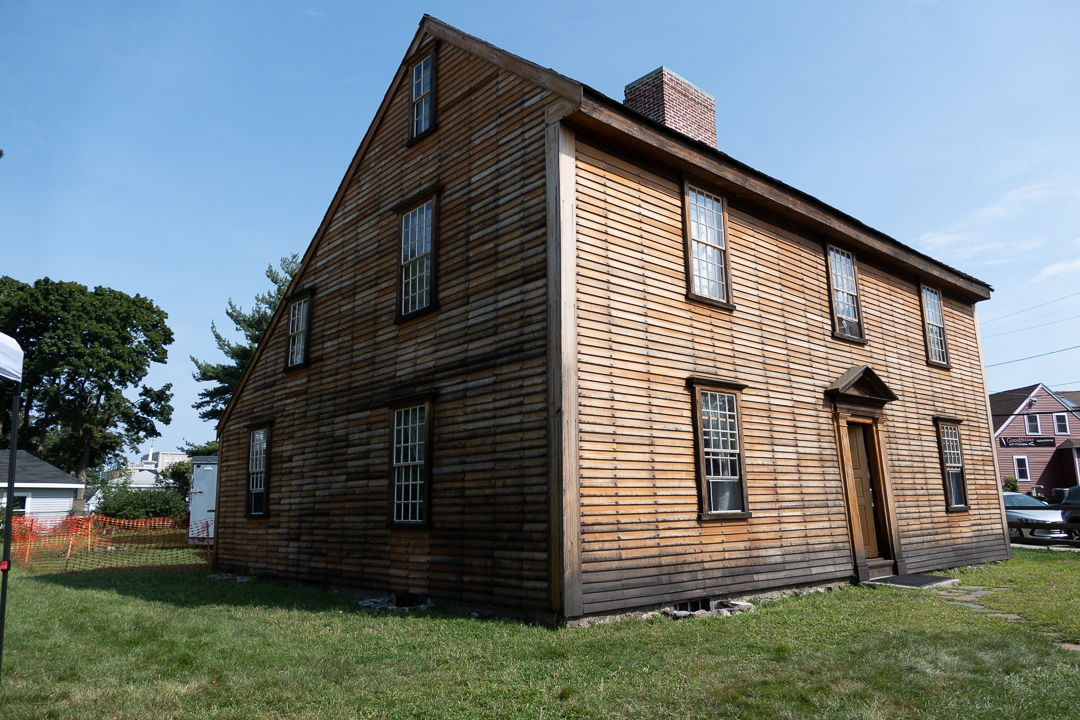 The first room we entered was the “Great Hall” (it was, perhaps, 15 feet on a side), which was used for general living; the fireplace was kept running 24/7 to keep the house warm (not a problem today!). 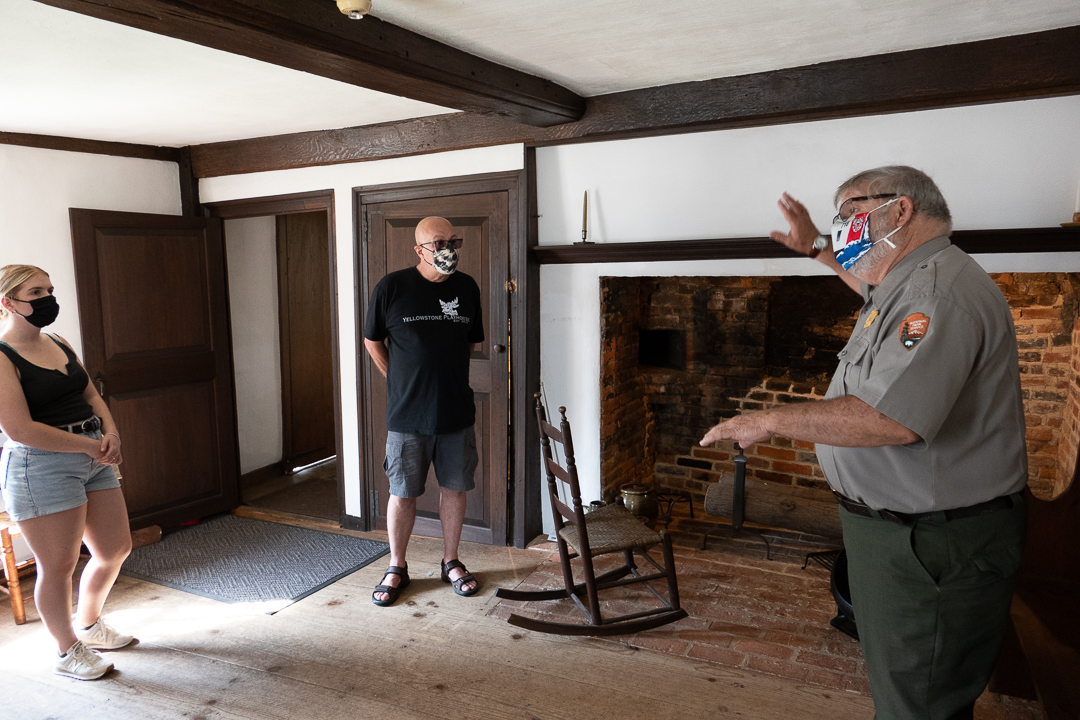 From there, we went into the “Summer Kitchen” (I don’t think there was a “Winter Kitchen”), where all the cooking happened. 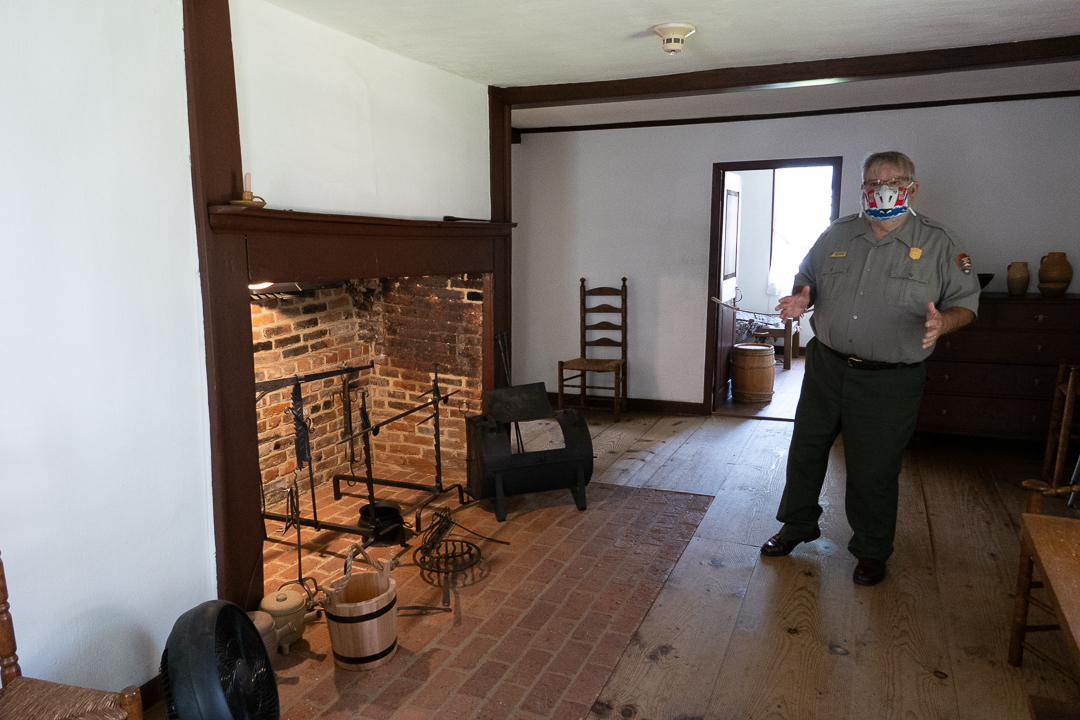 The final room on the ground floor was the “Best Room”, where company would have been entertained. Adams’s father was a deacon (and was, of course, named John), so it was used a lot. 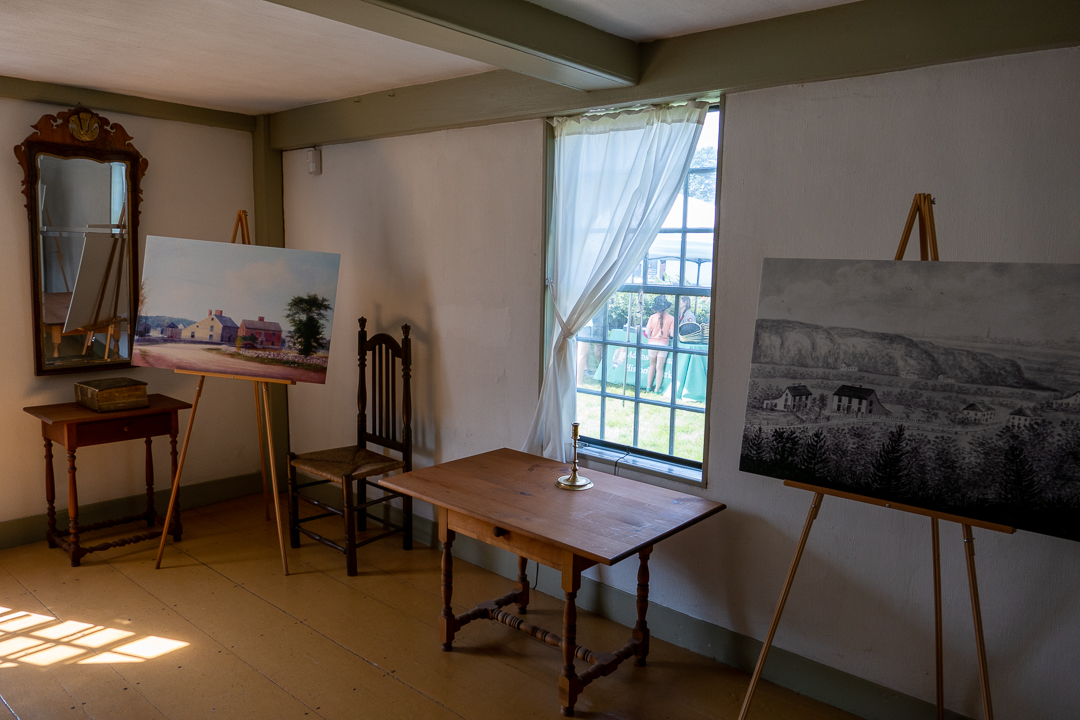 We passed by the well that the two properties shared (our guide said that digging an extra well was much harder than sharing one!) and went into John Quincy Adams’s birthplace. Abigail and John lived there until he became VP (well, she did – he was a world traveler!). 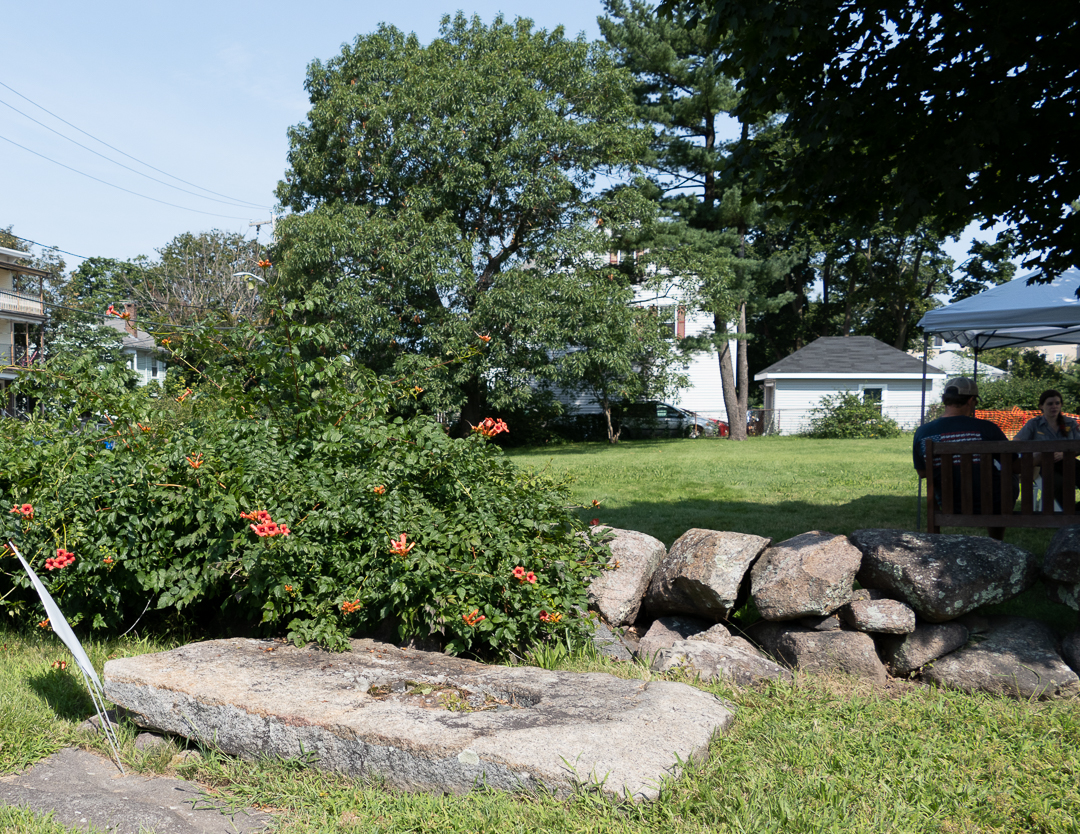 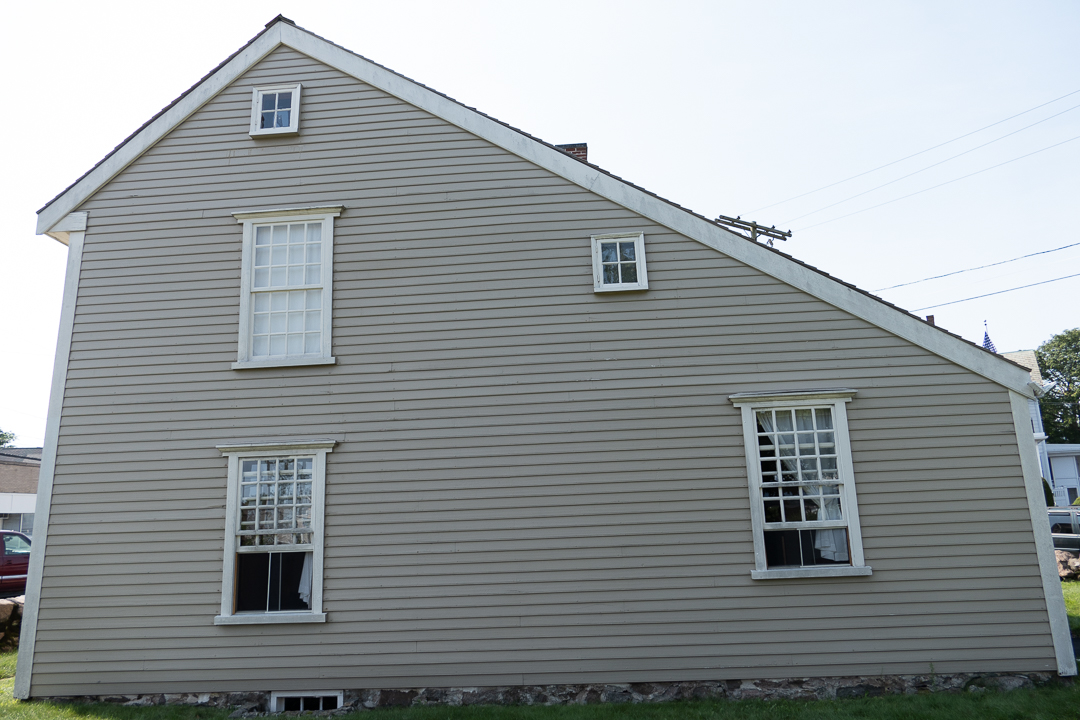 The “Great Hall” here was decorated with portraits of John and Abigail. 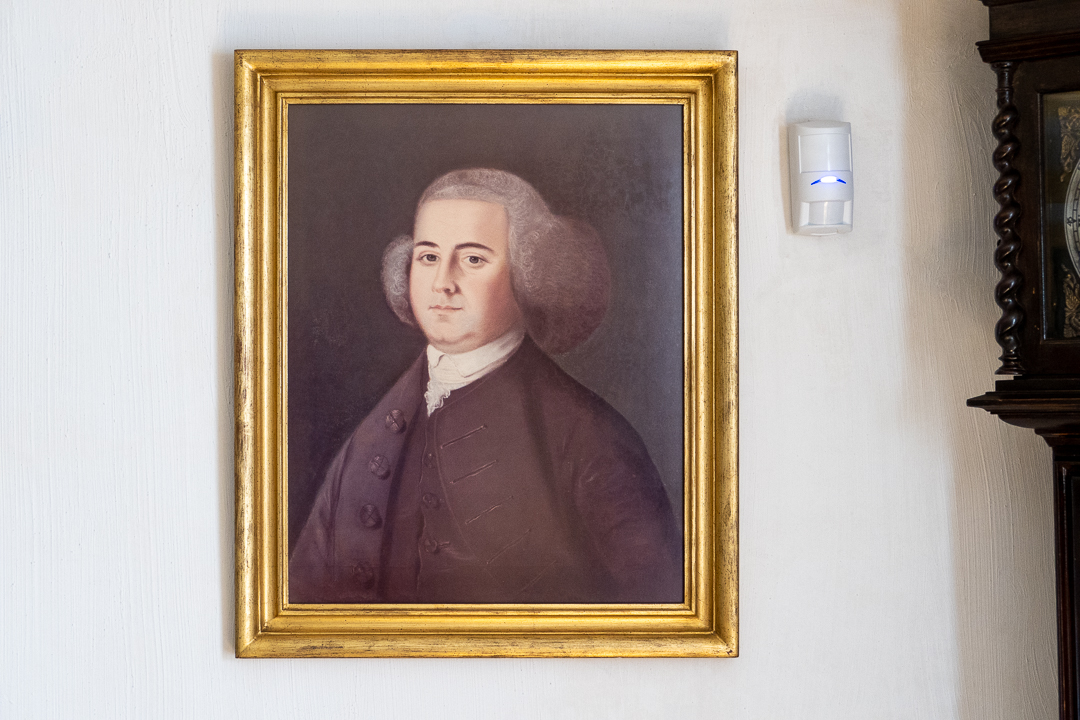 John used the “Best Room” as his law office, and he put his clerks into what Abigail thought was going to be her dining room (they worked and slept there!). 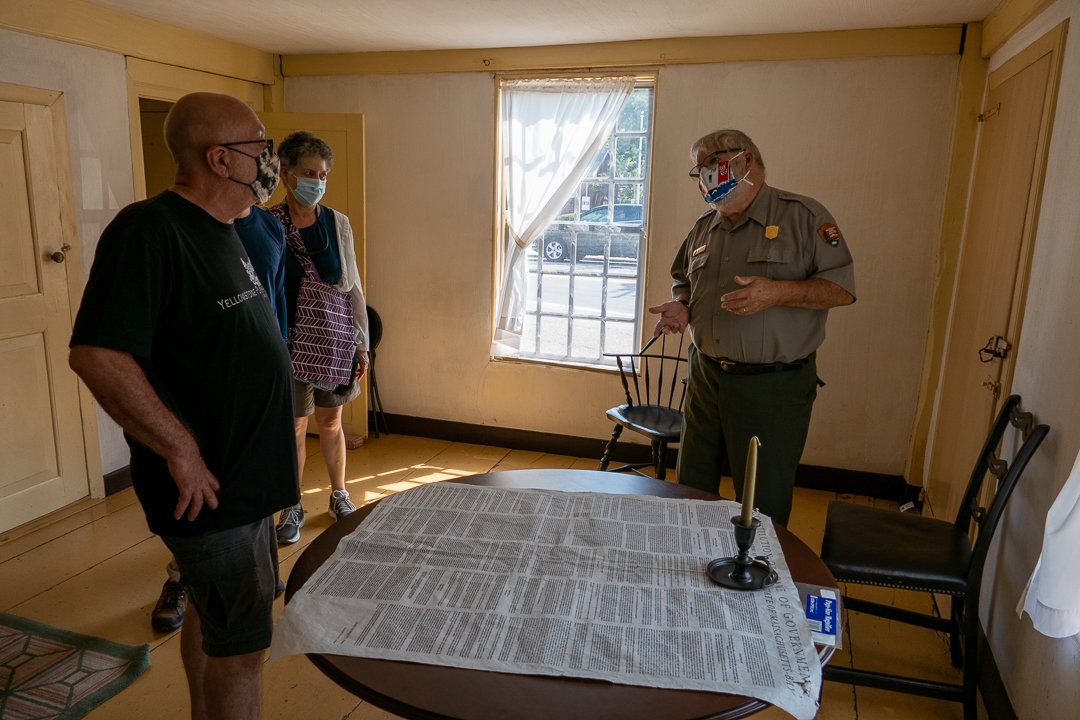 John made some improvements to the kitchen for Abigail’s safety – he put in a kettle hook and put the hearth outside the fire. During the late 18th Century, burns were a major cause of injury and death to women, and John wanted to avoid that happening to Abigail. After the tour, we decided to walk the Presidents’ Trail to Abigail Adams’ Cairn (where she saw and heard the Battle of Bunker Hill). 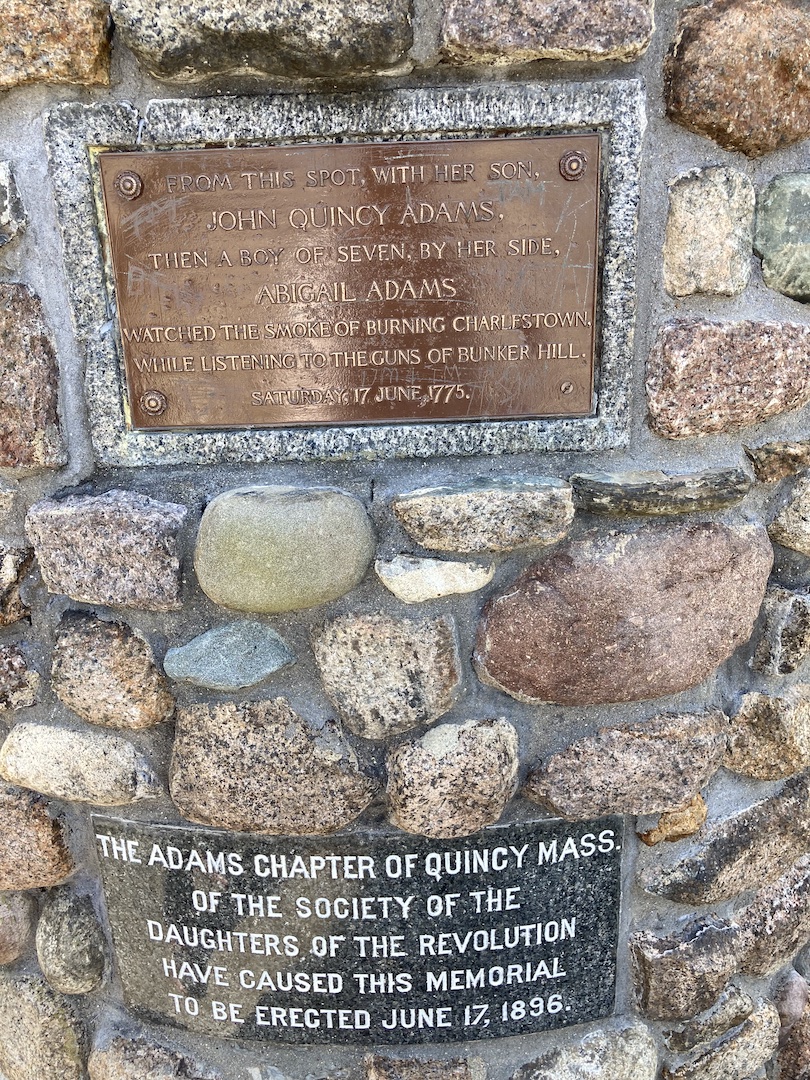 The trail was marked by stickers on the sidewalk like this one: 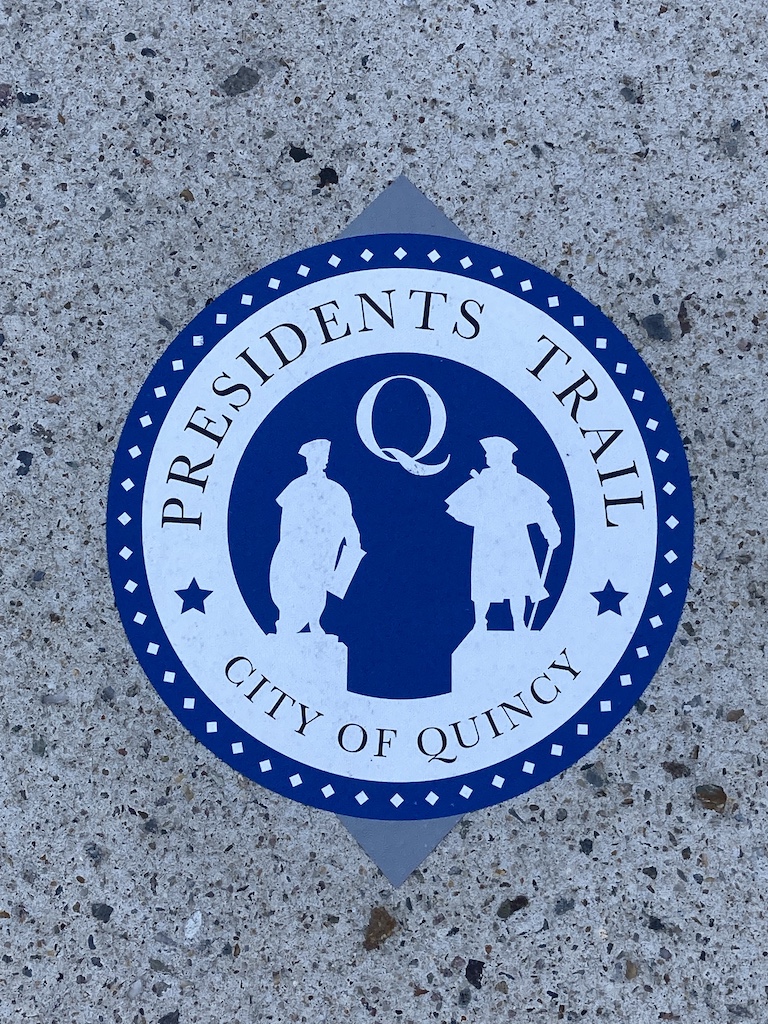 Unfortunately, every sticker had arrows on the top and bottom, whether the trail continued straight or turned – we walked quite a bit more than we needed to before we figured out what was happening and let Google guide us.

After visiting the Cairn, we’d had enough walking in the heat and humidity and took a bus into Quincy Center for the rest of the day.

We explored the Hancock-Adams Common in the center of town and paid our respects at the Hancock Cemetery (I would like to know what a “Receiving Tomb” is and why it wasn’t bricked up like the others).

We would have taken the town tour and seen where the Adamses were reburied in the “Church of the Presidents”, but the tour was cancelled because of the extreme heat warning.

Instead, we walked to “Peace field”, which John and Abigail bought while he was Minister to Great Britain and where Adams descendants lived until the 1920s. It’s a beautiful property with a very nice garden, but because of COVID, there was no access to the interior. 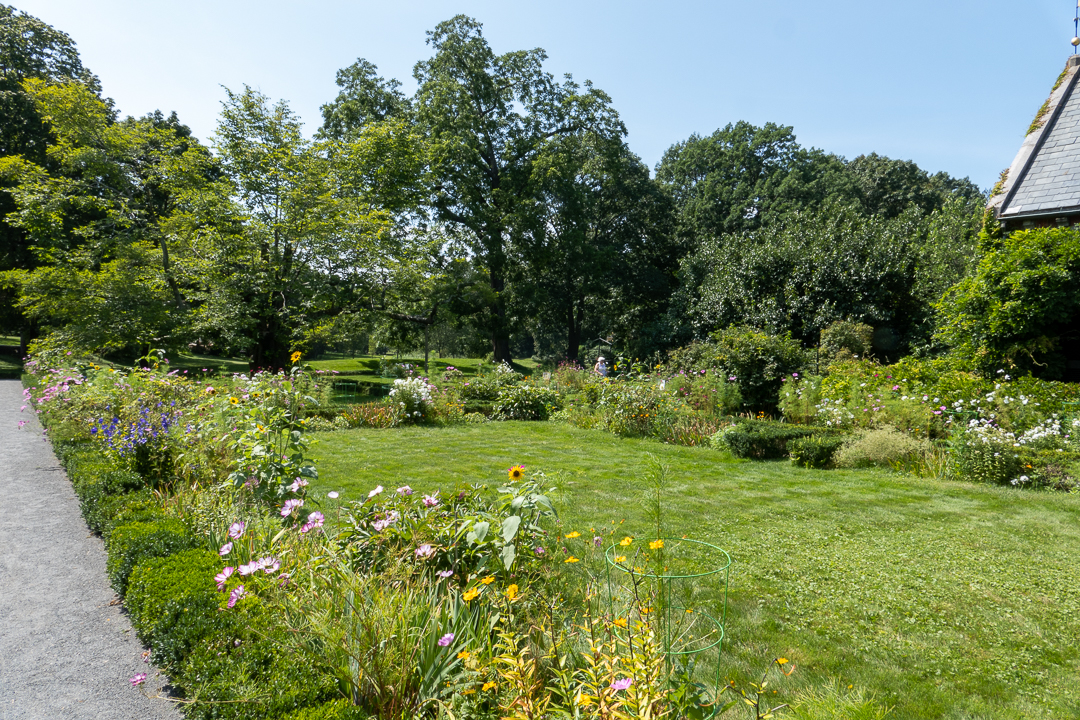 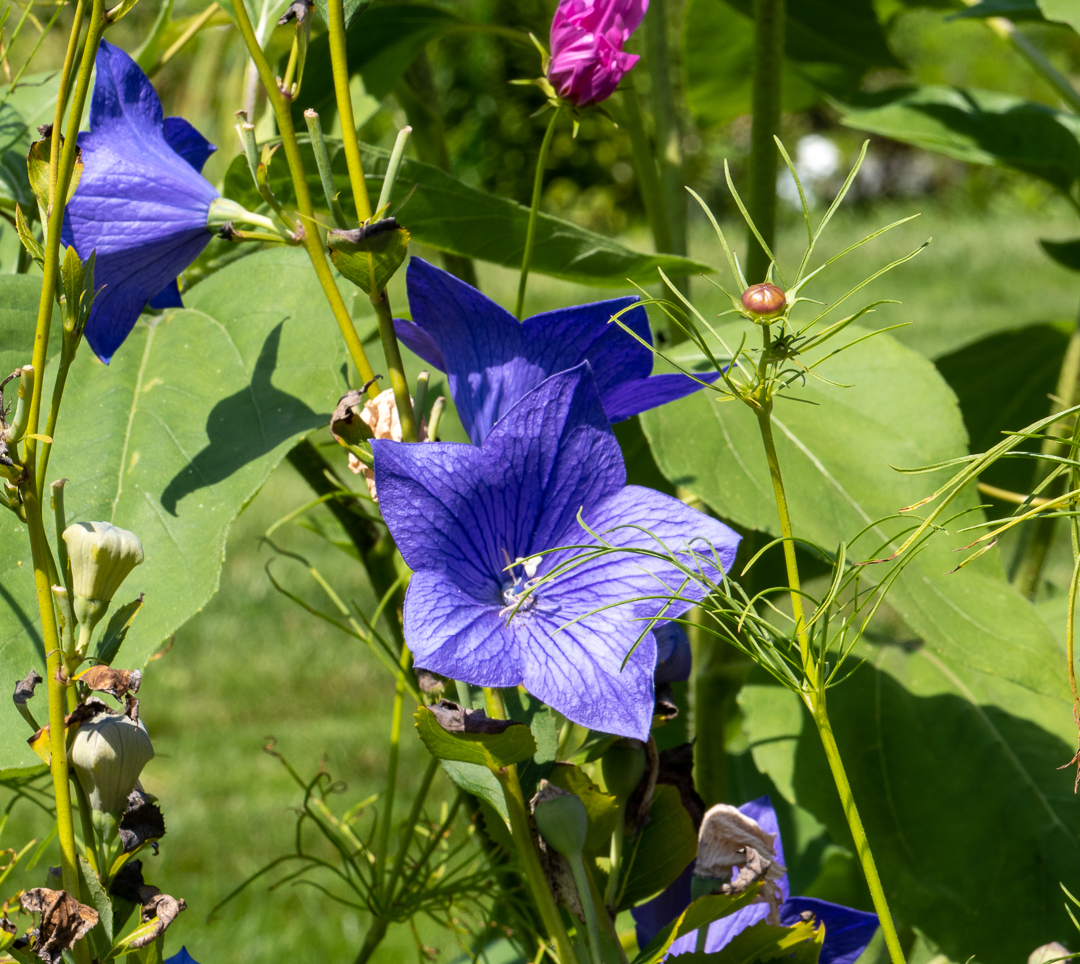 They said that the library had several thousand books in thirteen different languages, all of which John Quincy Adams could read. We’d hoped to visit some sites in Boston during the afternoon, but it was just too hot and humid. Next trip!