We missed the first few minutes of Torah Study this morning because the Mac had gone to sleep, even though I had set the “don’t sleep” option in the Energy Saver preference page and had Amphetamine running. This has been happening for a few days, and I was getting irritated.

Fortunately, Rabbi Gottlieb hadn’t actually started the discussion yet, so we got to participate in the whole session, which was centered on the discussion of Shabbat in Exodus 31:12-17. What does it mean to be Shabbat-observant today? We, of course, didn’t come to a conclusion, but there was general agreement that doing things other than one’s normal work was appropriate.

As soon as Torah Study was over, I used the remote control to turn off the TV and the receiver – and I noticed that the Mac had gone to sleep. I turned it back on and started looking at the logs; it looked like something had pressed the power switch right after Torah Study, which was physically impossible.

And then it hit me. Last week, I decided to program the remote control (a Logitech Harmony) to put the Zoom commands to turn the mike and the camera on and off on buttons. To do that, I had to add the Mac to the “Use Computer” activity so that the remote could send Bluetooth keystrokes. And when I added the Mac, I had to specify what would happen to the Mac’s power when I started and stopped the activity. I had taken the default, which was to turn power on when the activity started and turn it off when it ended. And how did the remote turn off the Mac? It sent the Bluetooth command to turn off power, which actually puts the Mac to sleep.

I had found the guilty party; it was me. I changed the activity to leave the Mac’s power alone, and all was well.

We celebrated by taking a walk and discovered that our neighbor’s tulips are already beginning to bloom! 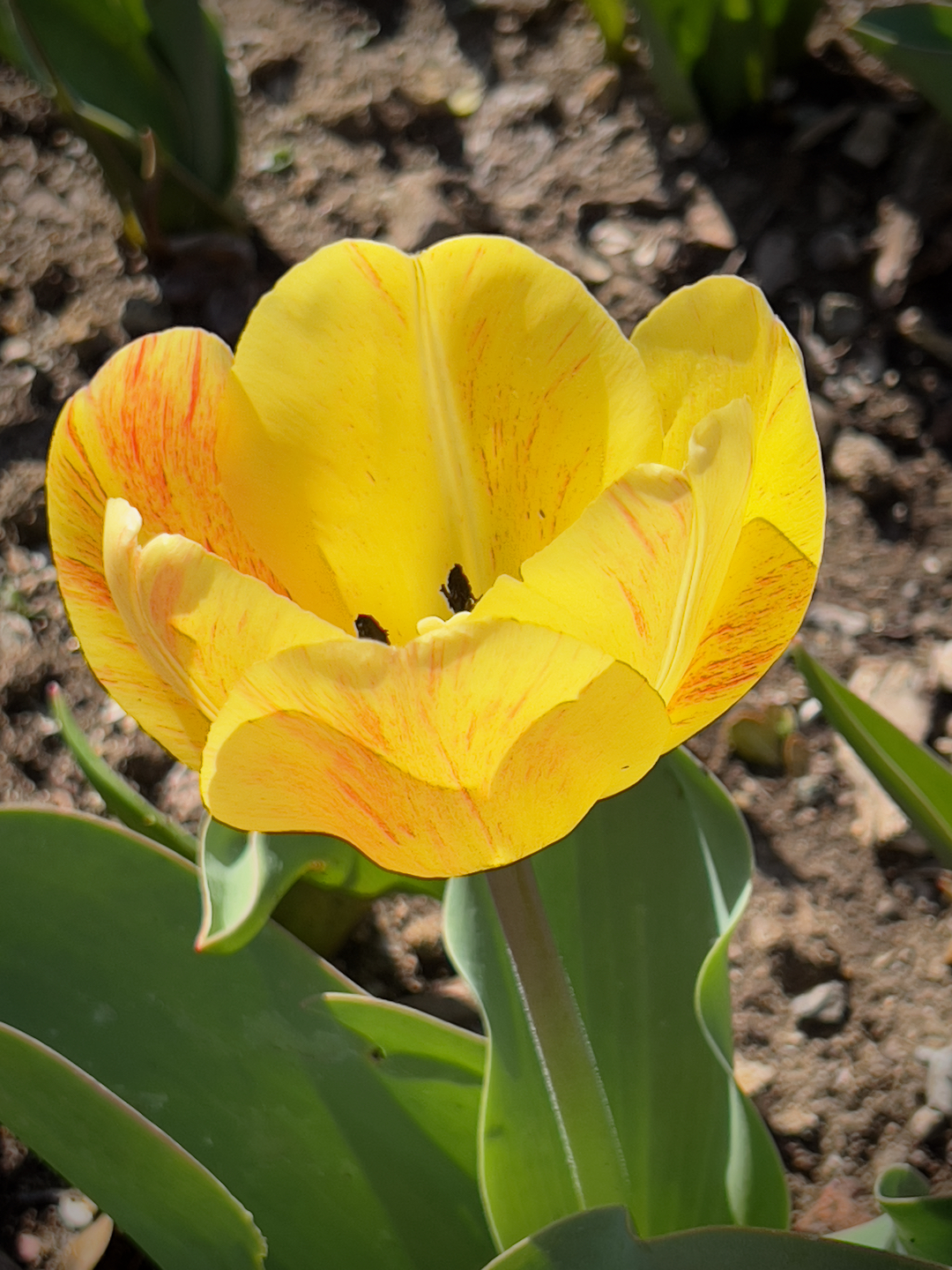