I’m writing this entry from “The Club at DFW”, which bears a very strong resemblance to “The Club at SJC”, though it is far more crowded. “The Club at SJC” took over the space of the old American Admirals’ Club where I’d spent far too many hours while traveling for IBM; we were there too early to want to take advantage of the open bar (something the Admirals’ Club didn’t offer), but we did have a nosh to prepare us for the flight.

American has been slowly improving their in-flight catering (not in Coach, of course) and we had a choice of Greek Salad or Turkey Sandwich on the flight from SJC to DFW. Diane had the salad and declared it to be “ok”, which is about what I’d say for the turkey sandwich – the accompaniments were better in both cases. We had Black Mountain Merlot to go with our meals; it was barely OK – afterwards, the flight attendant found some Malbec which was much better.

We got to DFW early, so of course our flight to Charleston has been delayed – so far, by an hour, which means we won’t get to the hotel until after midnight. Fortunately, our tour doesn’t start until 4pm EDT tomorrow, so we’re not terribly upset if we come in late – though I do hope we have enough time to see some of Charleston on our own! The Rabbi Educator at Shir Hadash went to school at the College of Charleston and gave us many suggestions; there’s also a year-round Volksmarch that starts near our hotel that we hope to do before we leave. 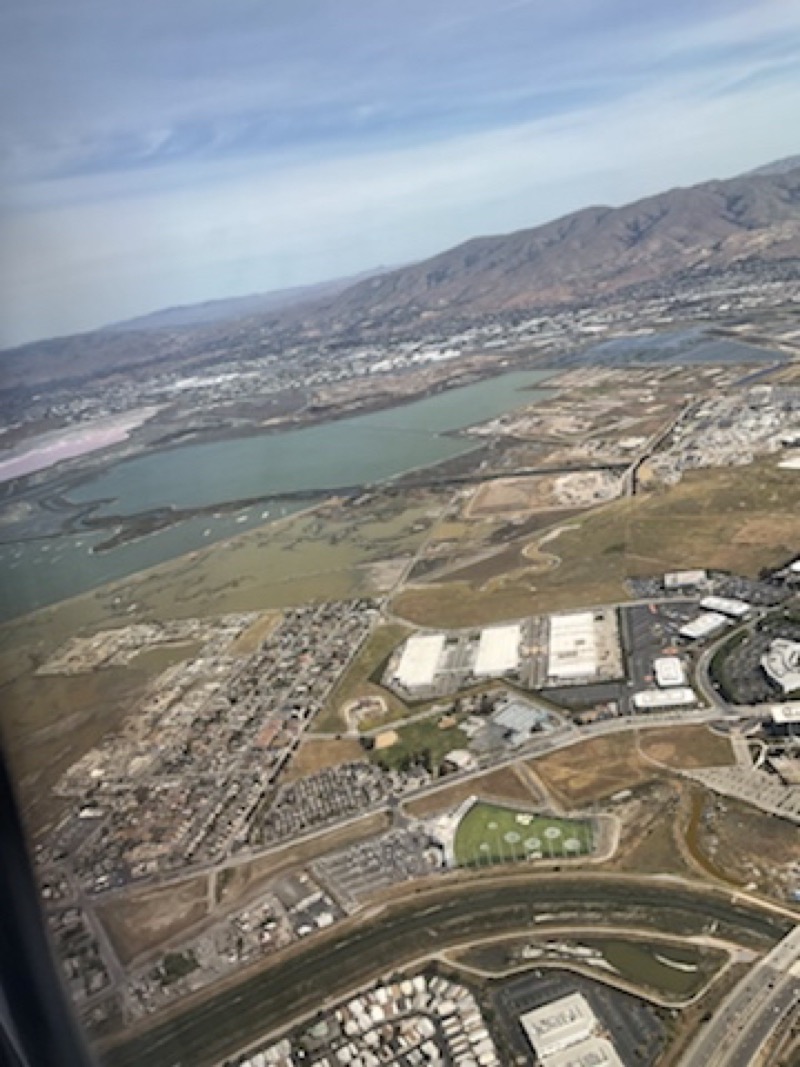