We did the Richmond Capitol volksmarch today. The start point was Legend Brewing, a micro brewpub on Southside; we had lunch there but skipped the beer in deference to Passover.

The route took us to the Manchester Floodwall Walk and over the James River on the Potterfield Memorial Bridge. There’s a rock-climbing area just before crossing the river, and it was a busy day there. 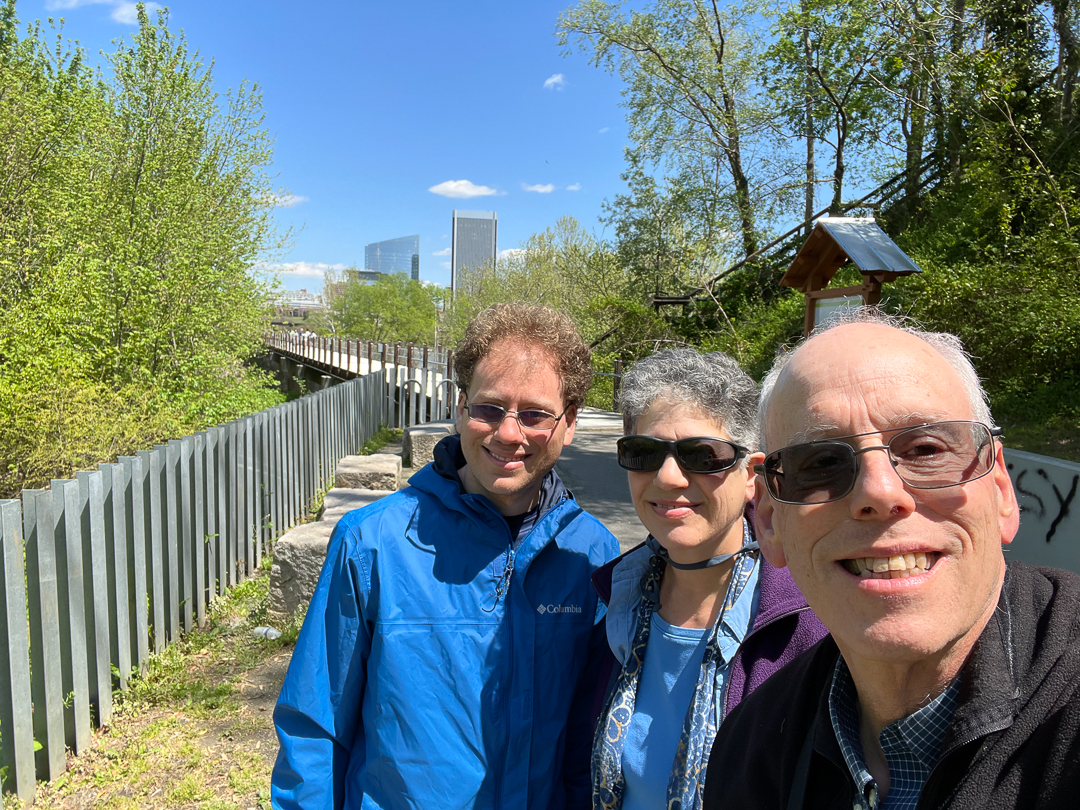 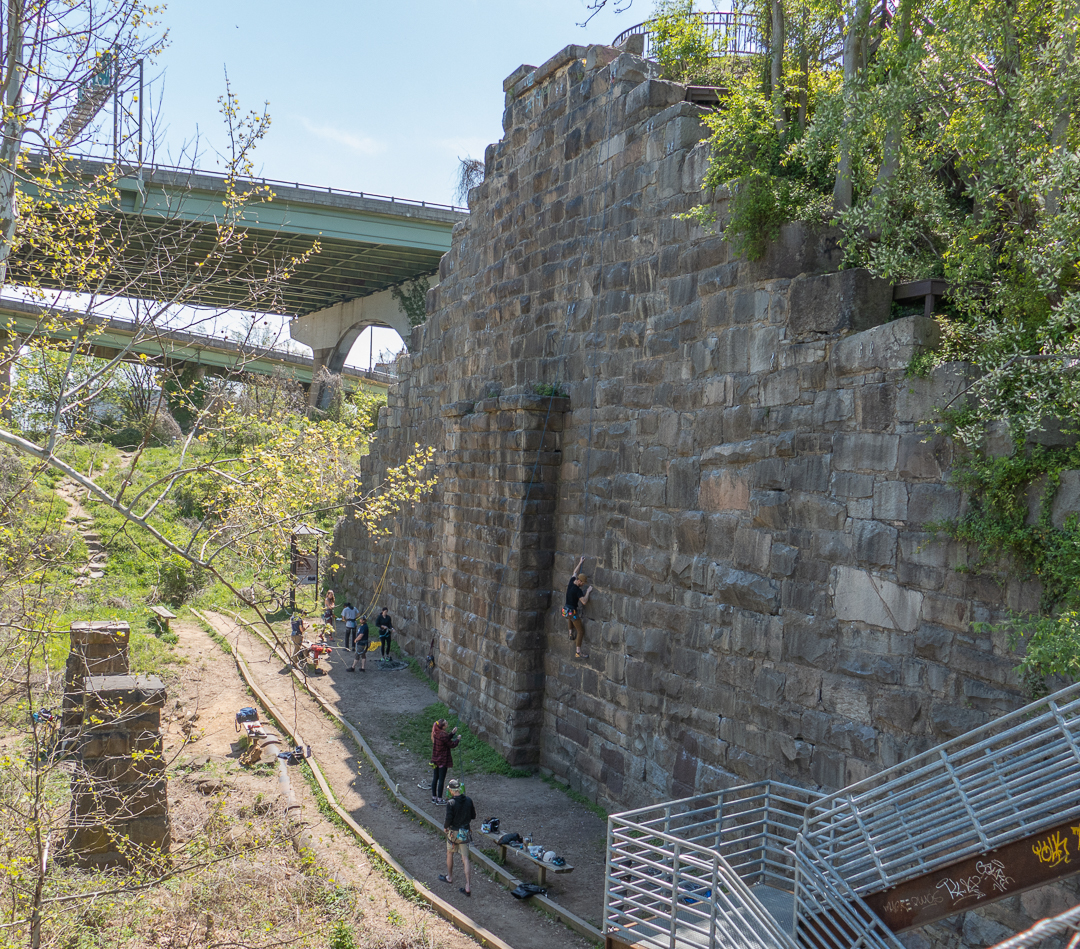 While crossing, we saw the remains of several bridges that had been used in the evacuation of Richmond at the end of the Civil War. 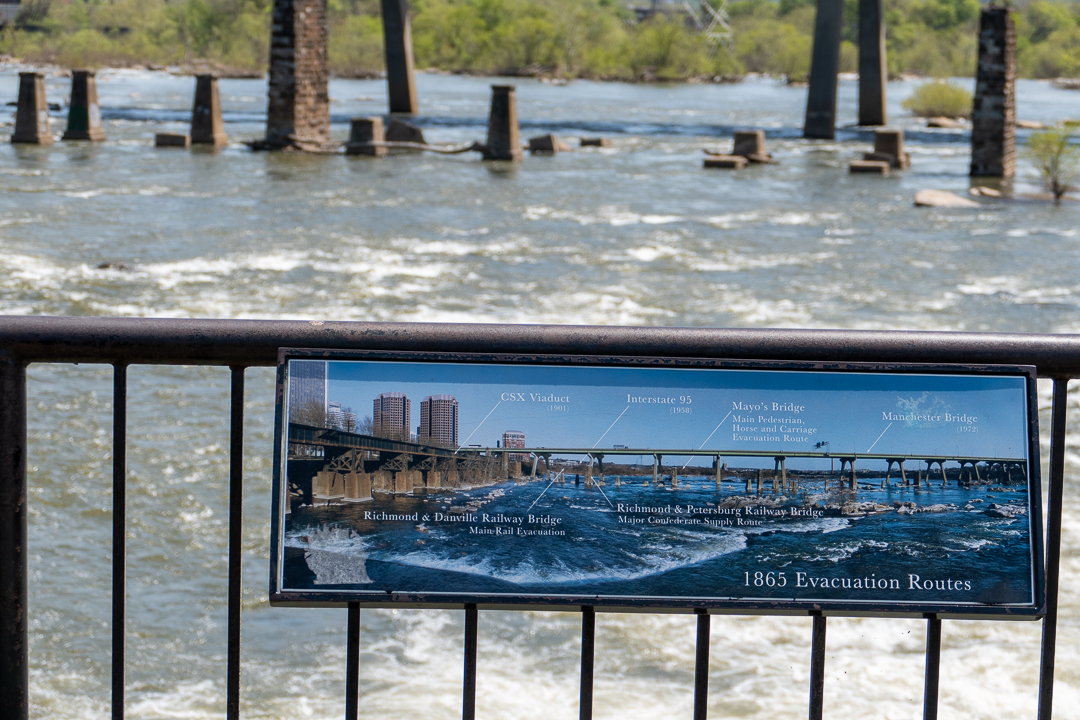 Our first stop on the North side of the river was the Virginia War Memorial (dedicated to fallen veterans of wars from WWII to the “Global War on Terrorism”). En route, we saw Ethyl Corporation HQ, where my Mom used to work. 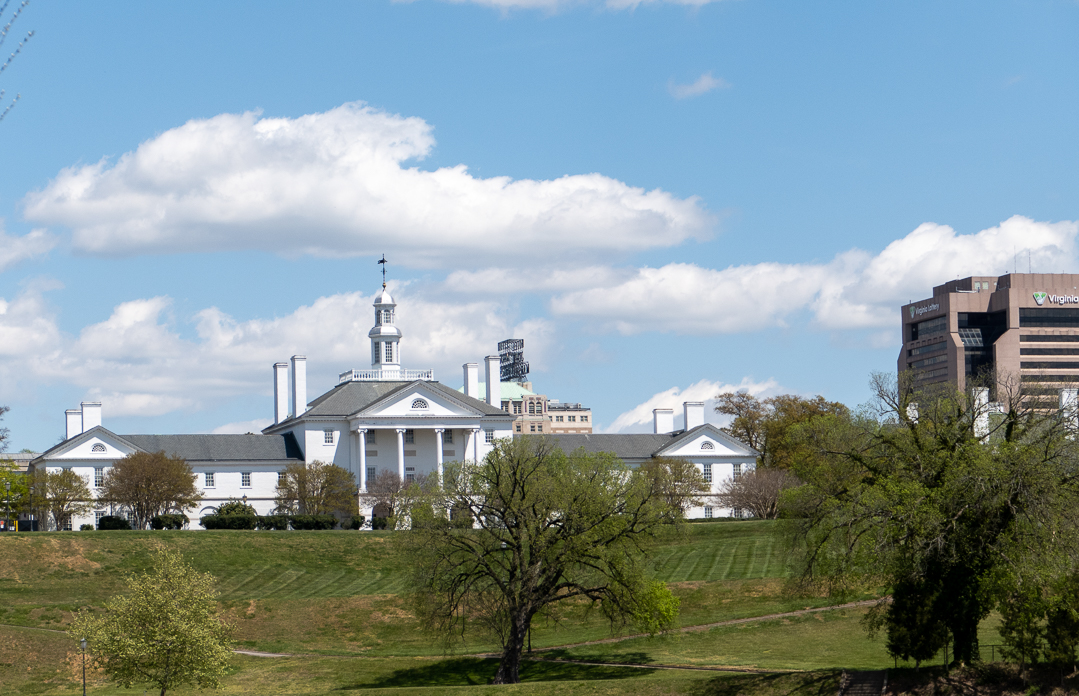 Even though my Grandfather had a store only a few blocks from the War Memorial, I’d only been there once or twice in all the time I lived in Richmond, and today was undoubtedly the longest time I’d been on the grounds. 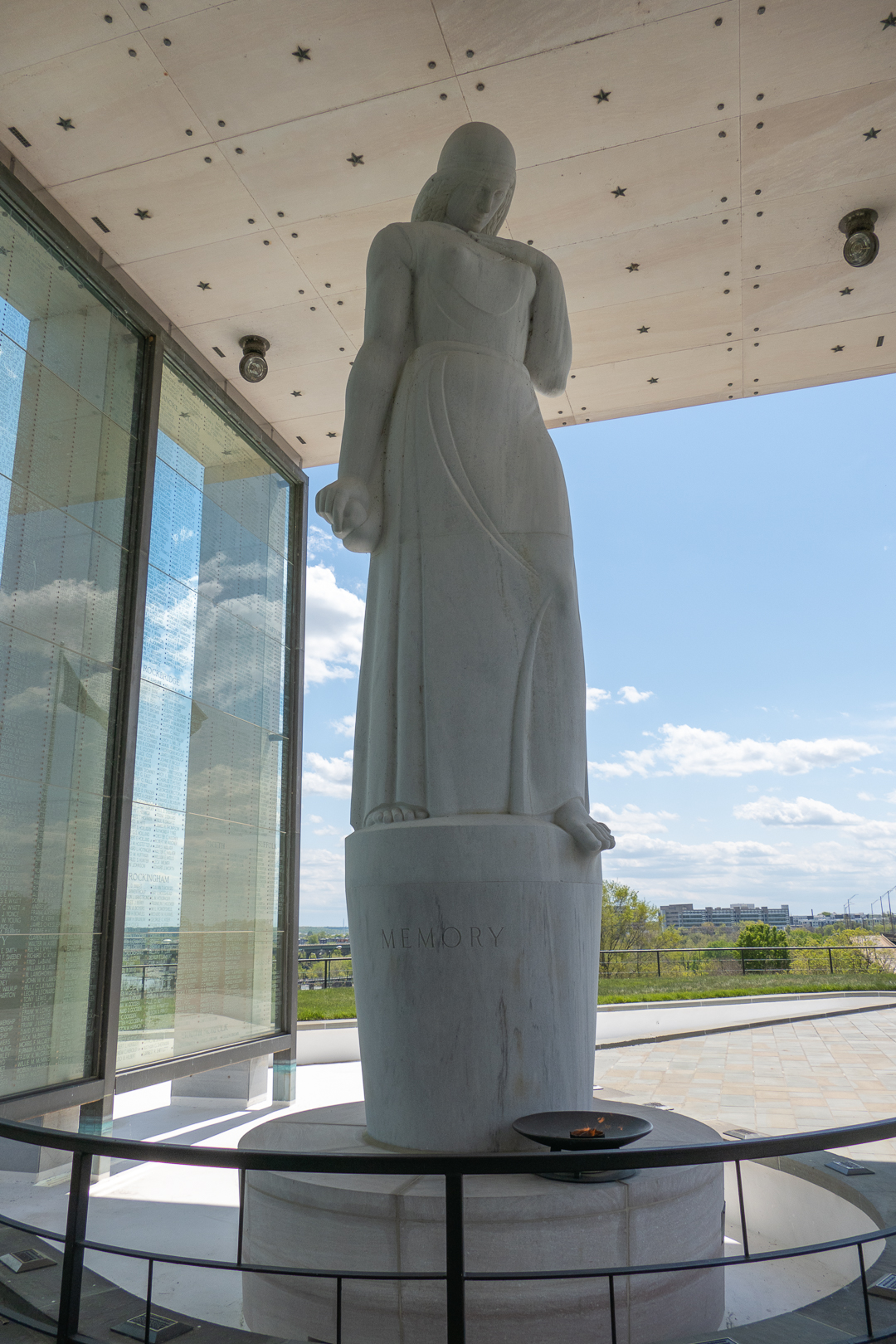 We returned to the river and walked down the Canal Walk to Brown Island. 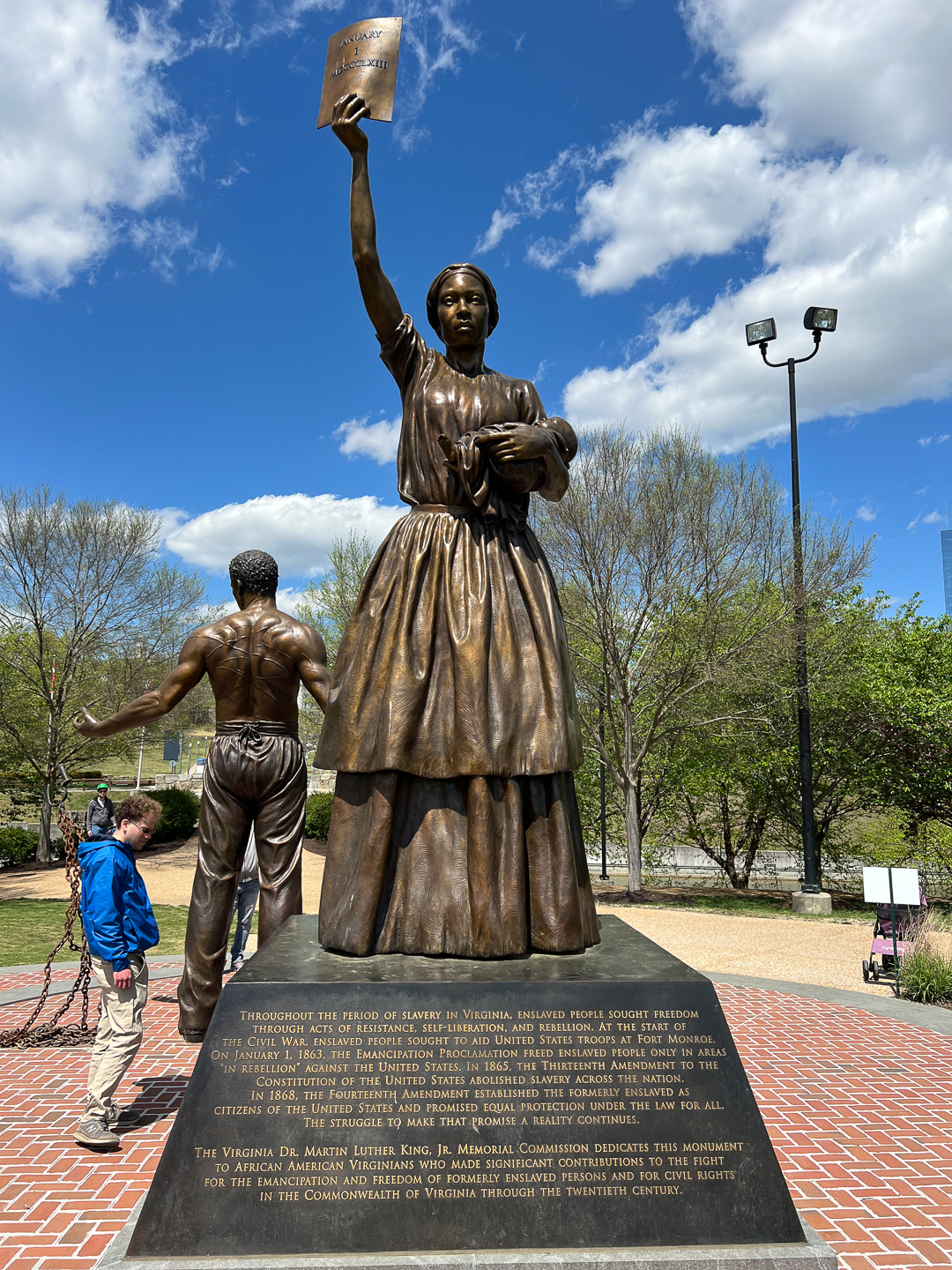 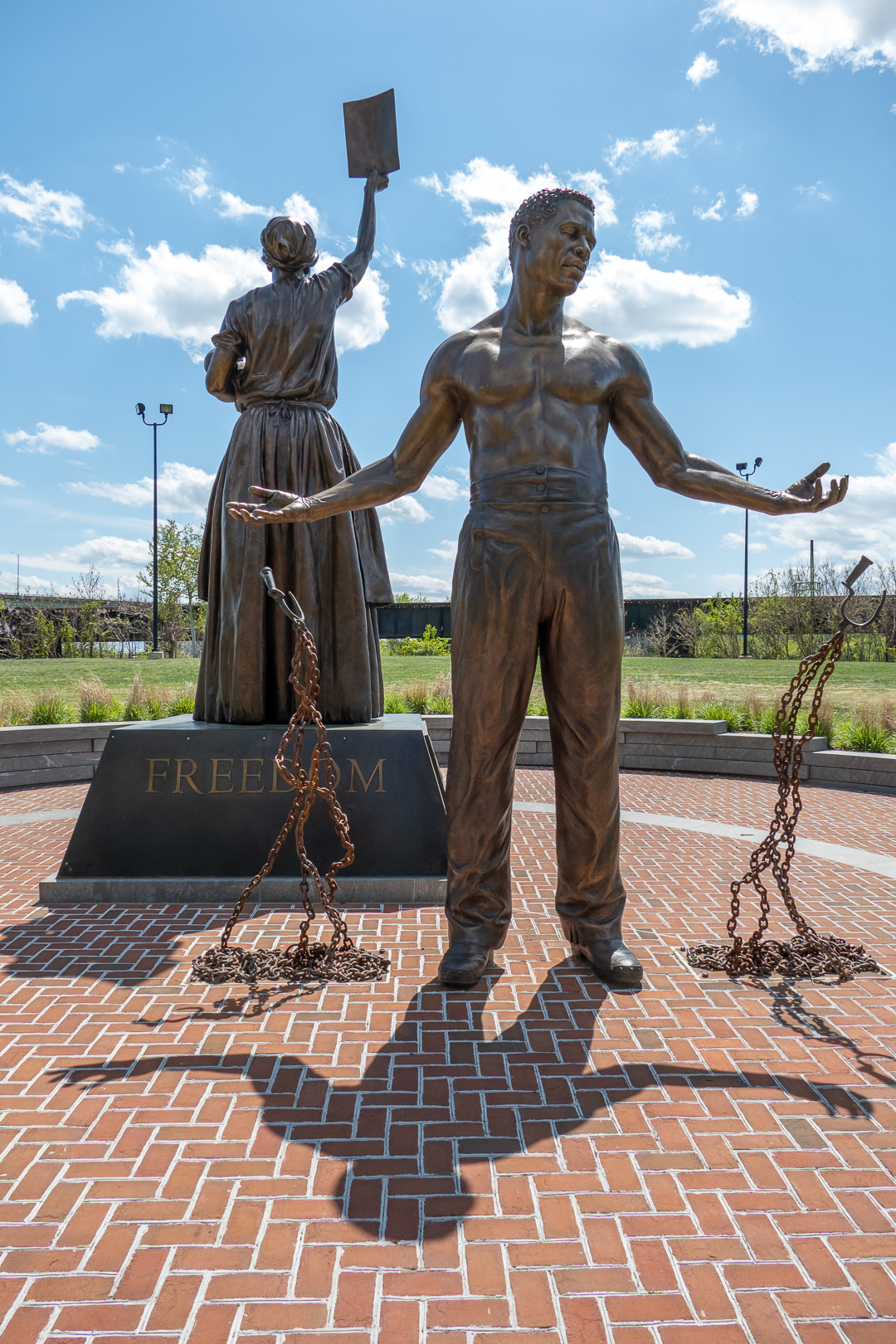 The walk took us to Shockoe Slip; my mother used to work at Virginia Elevator Company at 1210½ East Cary, which is now Sam Miller’s restaurant. 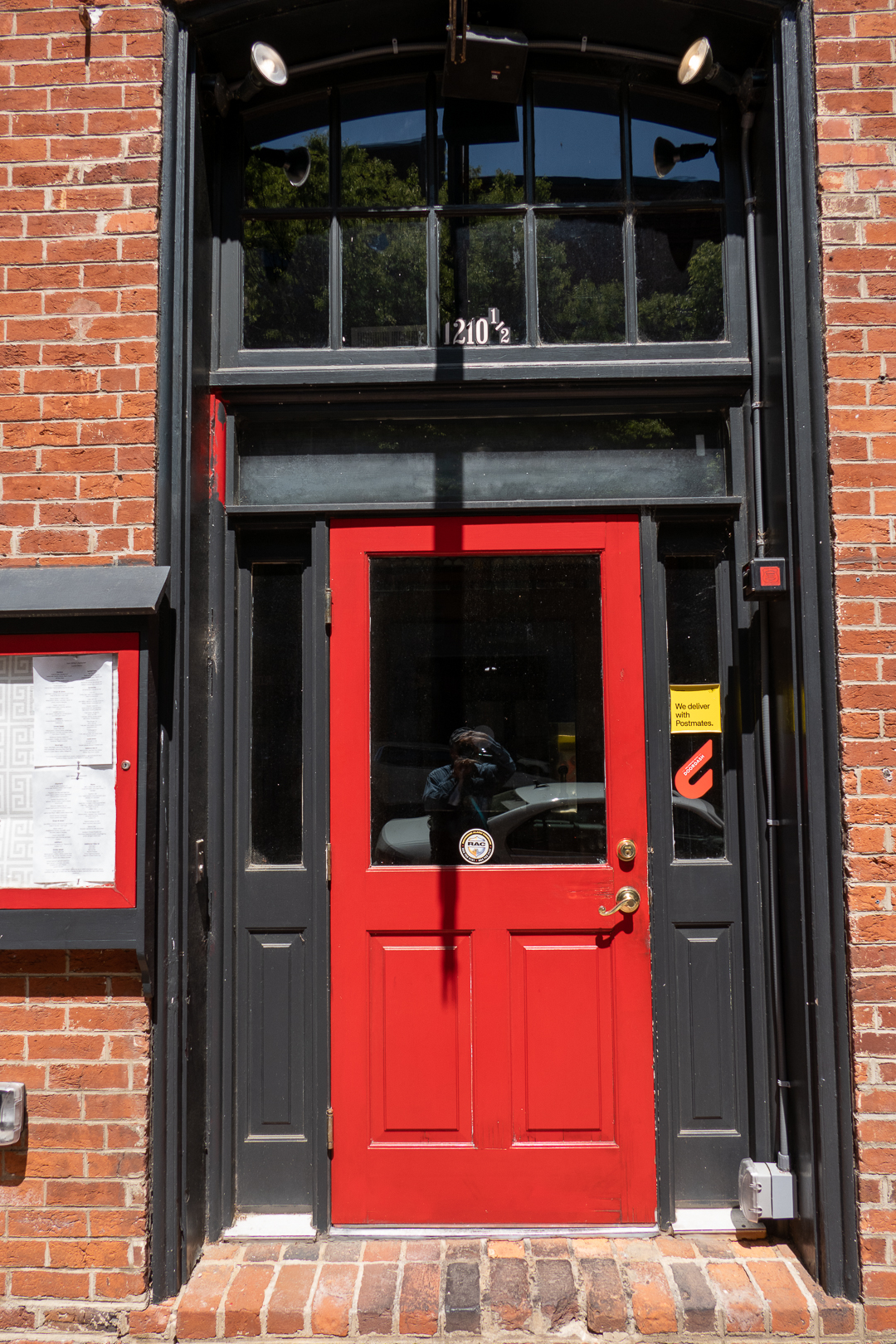 We continued to East Main Street and passed the former location of Branch Cabell in the Ironfronts (where my brother worked for many years as a stockbroker). 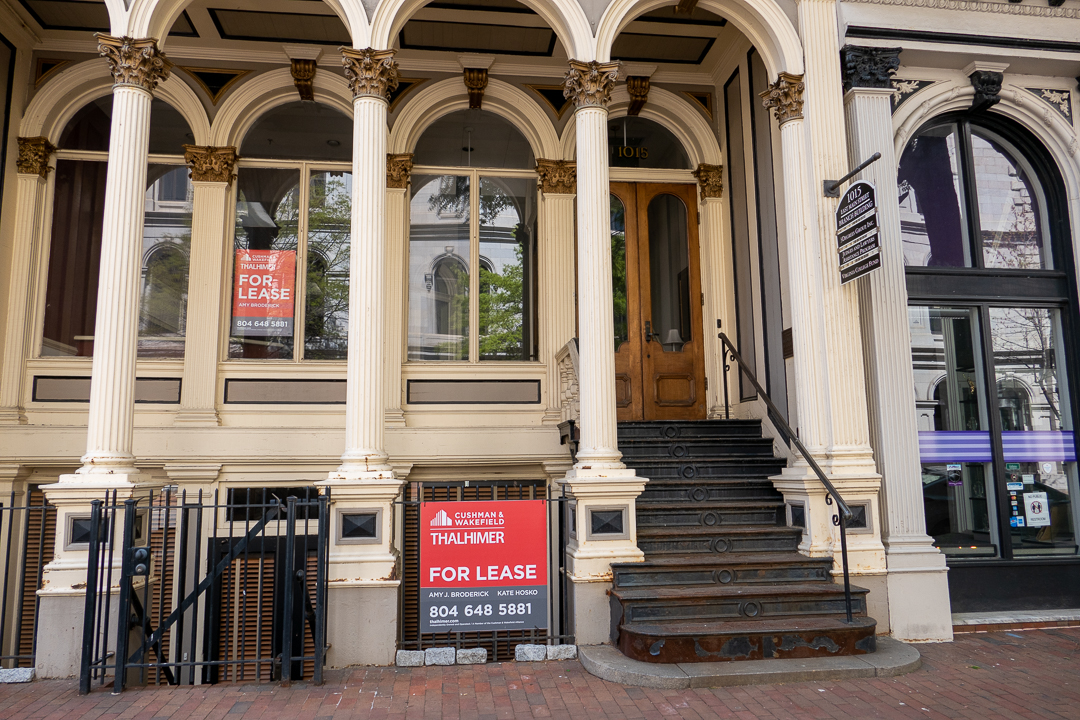 The next stop was Capitol Square, where we walked past the Capitol, the Washington statue, the Stonewall Jackson statue (Old City Hall is behind him), the Civil Rights memorial grouping, and the Executive Mansion. 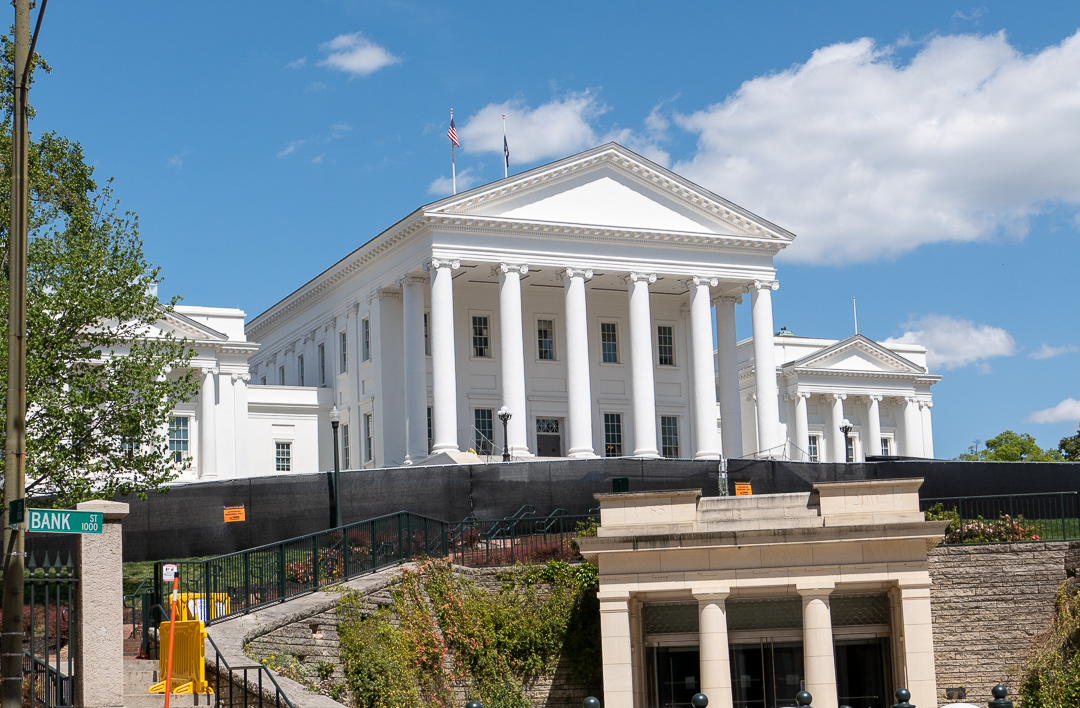 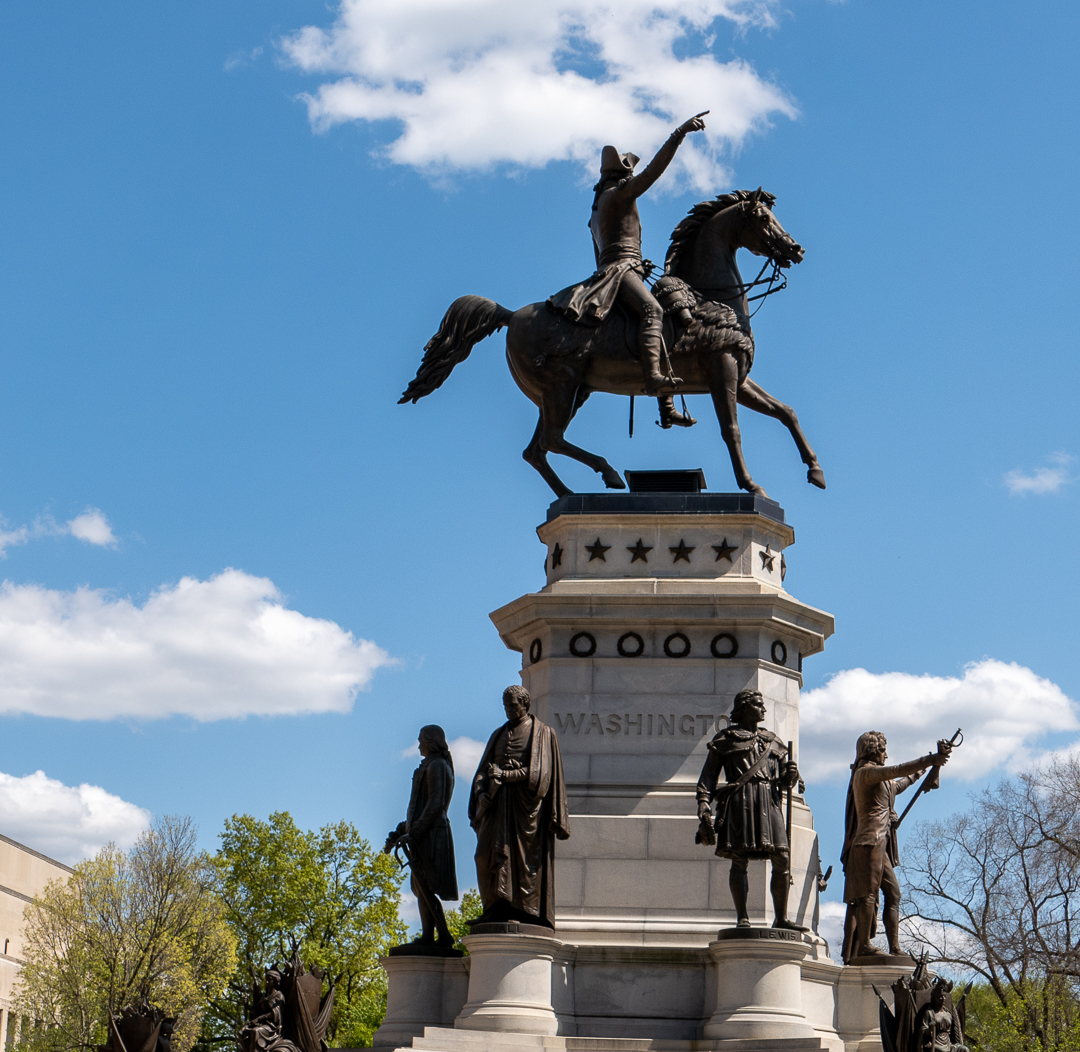 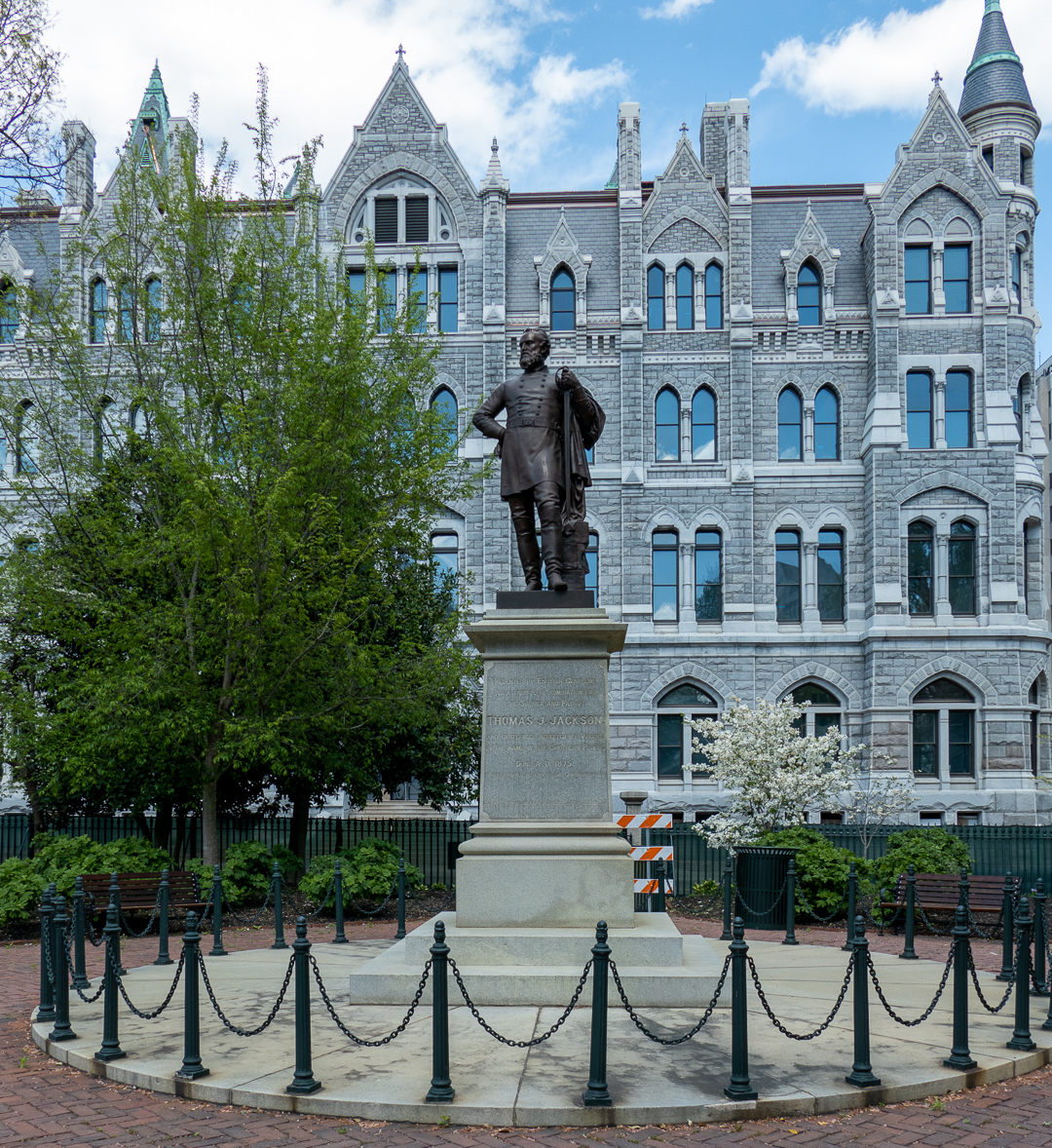 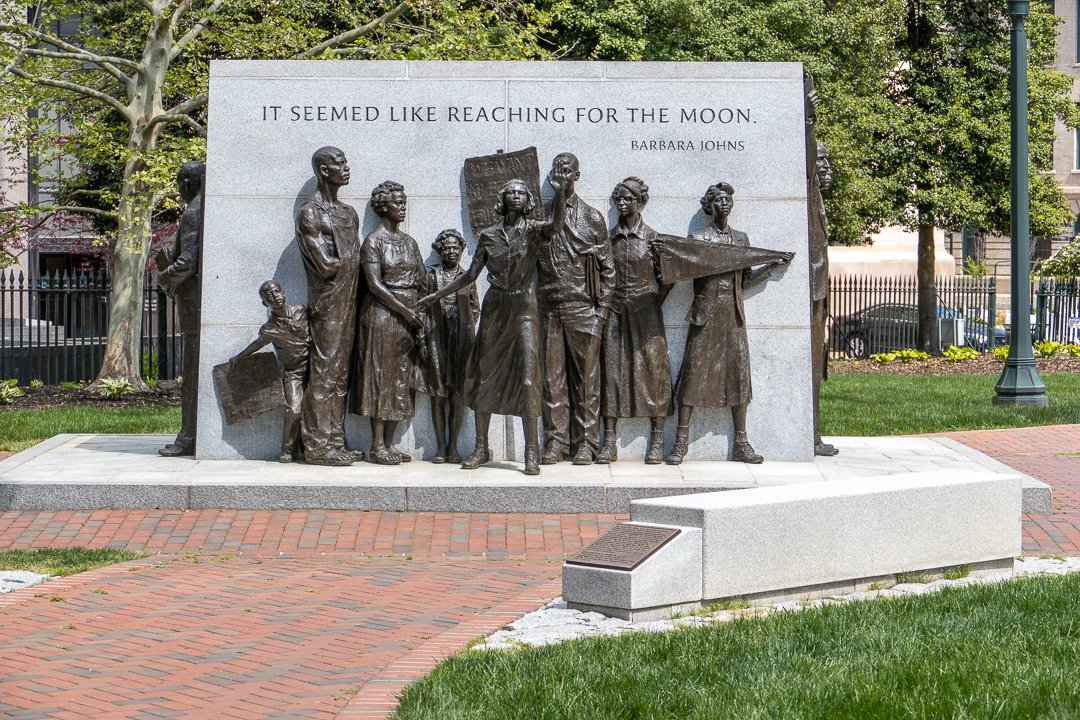 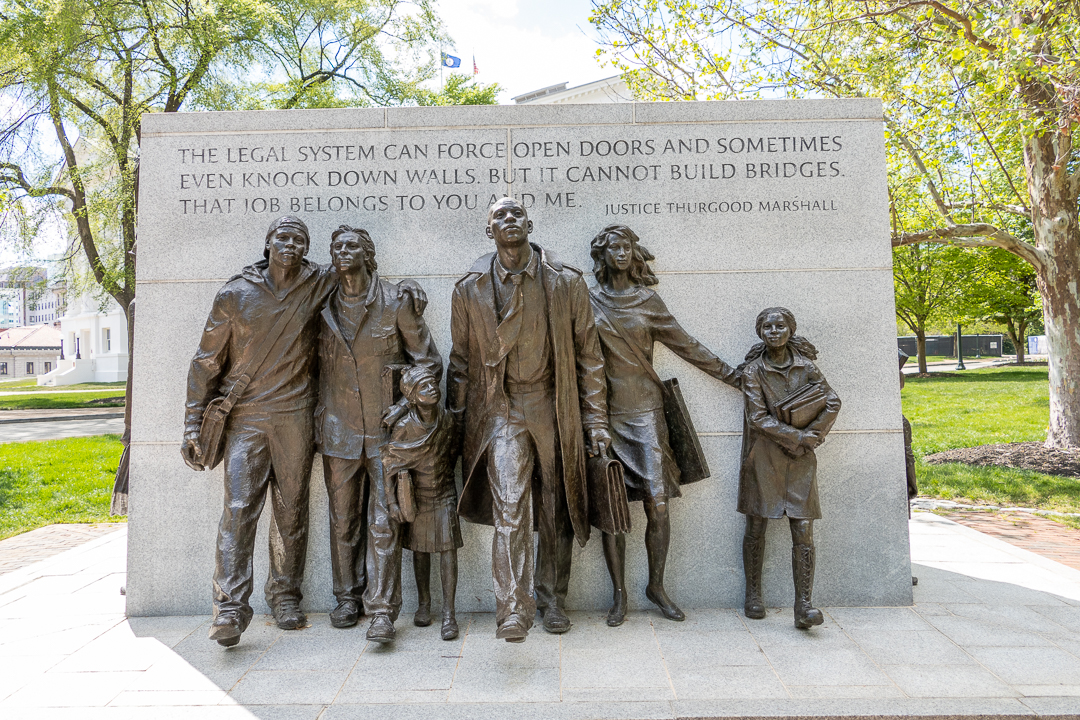 We left Capitol Square and walked down to Main Street Station; it still has a little passenger service, but it’s mostly being used as a tourist center today. 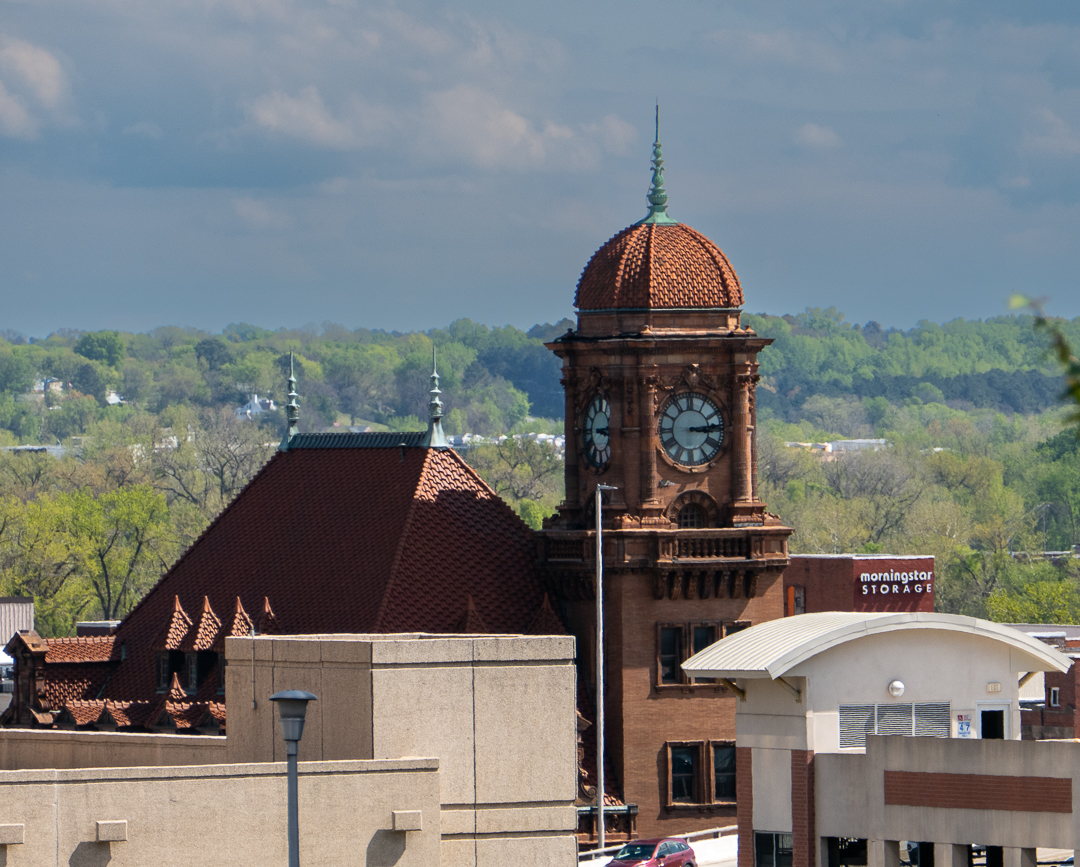 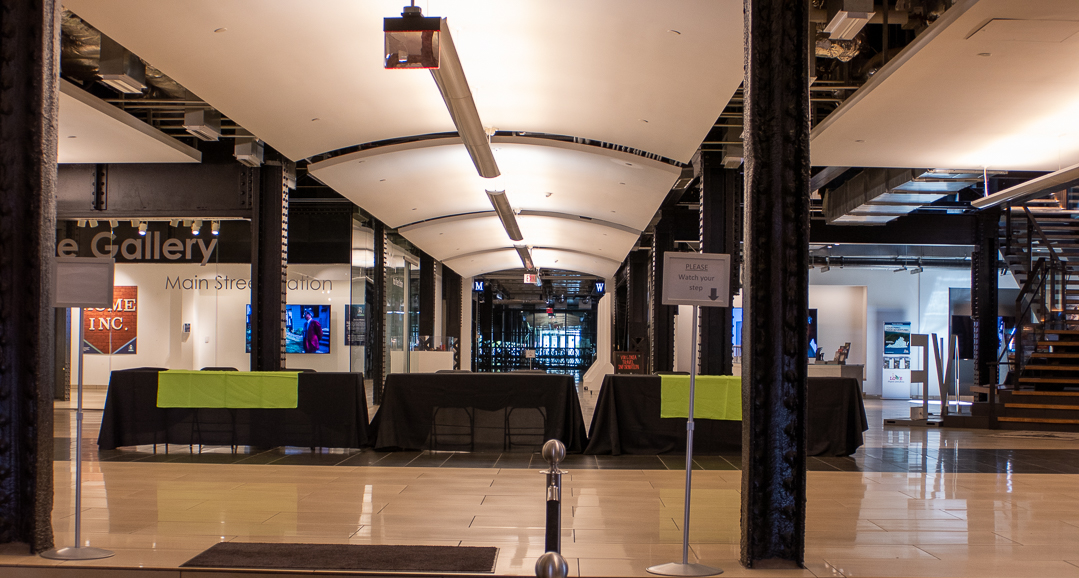 We continued on Main Street to 20th, passing busy restaurants and the Poe Museum on our way. 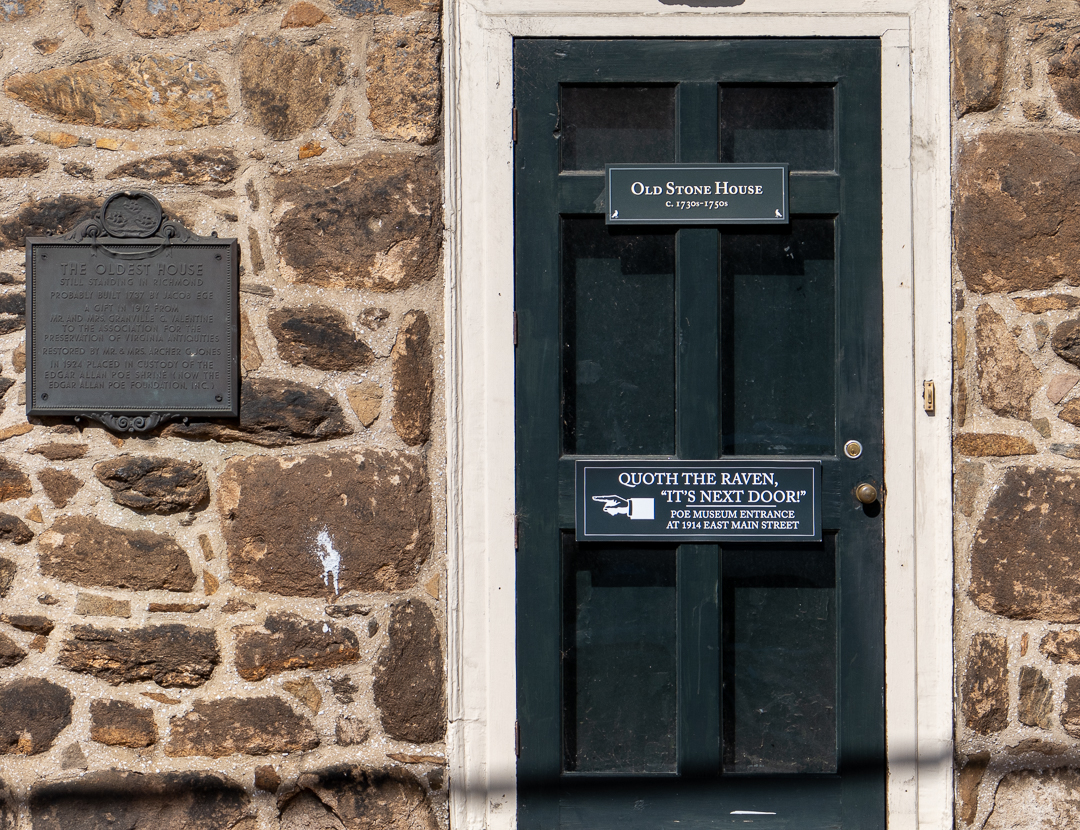 On our way back to the river, we passed the Virginia Holocaust Museum and discovered that we had been taking the Richmond Slave Trail for a good part of our walk. We returned to Legend Brewery and our car via the Mayo (14th Street) Bridge and the western section of the Floodwalk, enjoying the views of the James along the way. I’d been in Capitol Square and on East Main Street many times while I lived in Richmond, but most of the rest of this walk was new territory to me. Who knew?