Before we left the St. Regis this morning, we took a stroll through their “Historical Avenue” on the lower level.  They had displays of memorabilia from the hotel from its opening until about 1960 (I guess history stopped then).  Two items caught my eye – the first was an advertising brochure from 1957 with information about the King Cole Bar (men only at lunch!), and the second was a brochure from a few years post-Prohibition bragging about their wine list and saying they were lowering prices in order to increase the volume of sales. 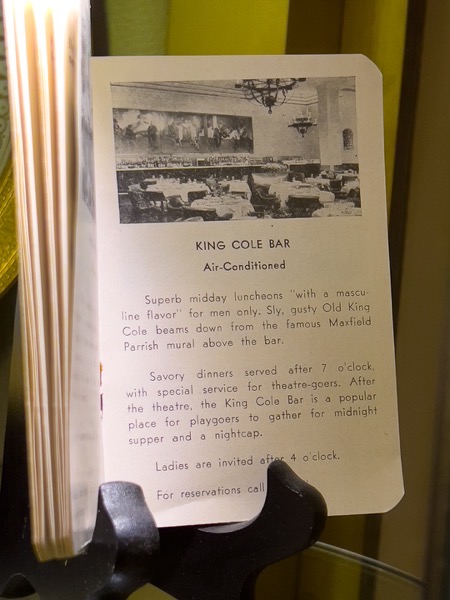 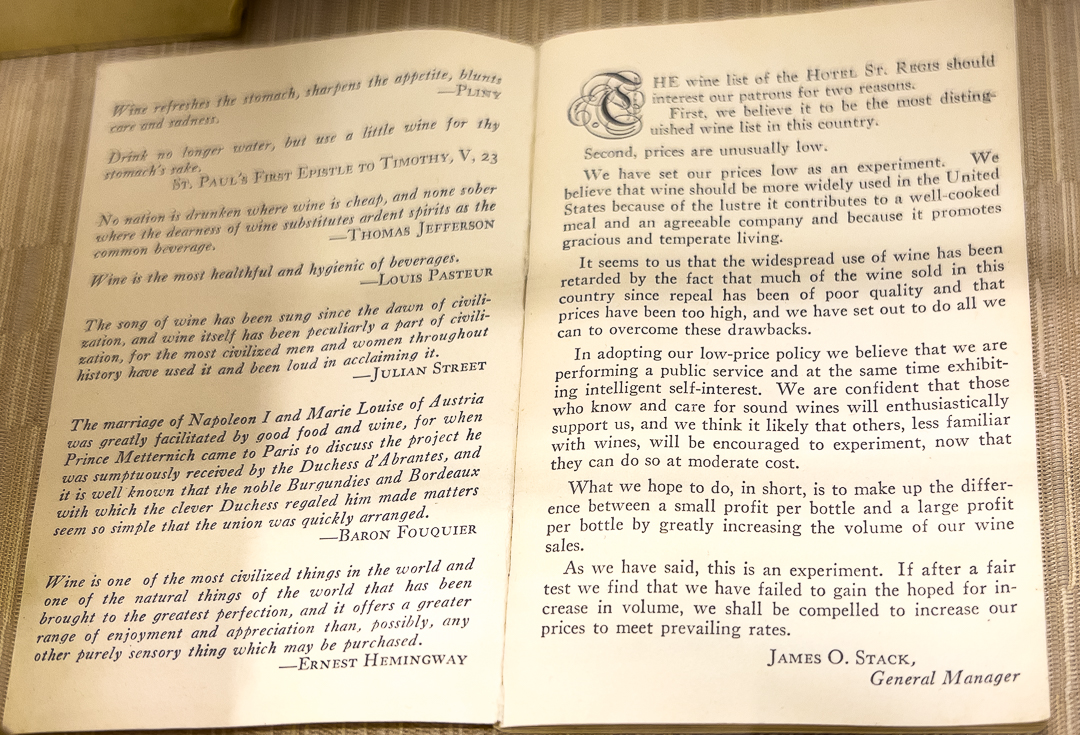 Things have changed; happily, women are now welcome in the King Cole Bar at all times.  Unhappily, the wine prices have gone up; the one wine I checked was being sold at three times retail.

We took one last short walk around the neighborhood before getting into a taxi to meet our train to Baltimore.  Traffic was heavy (what a surprise!) and the driver dropped us on the East side of 8th Avenue because it’d be faster to walk to the Moynihan Train Hall than it would be for him to cross the street. 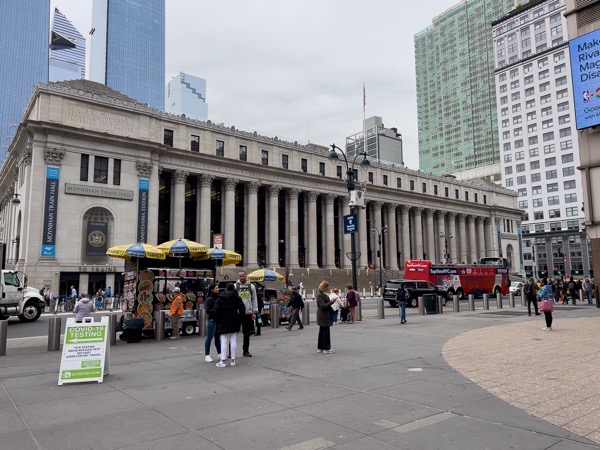 We’d only seen Penn Station on the walk we took last week, so the Train Hall was quite a contrast – modern, quiet, easy-to-read signage, and places to sit!  We bought lunch from H&H Bagels to eat on the train; neither of us was particularly impressed with the bagel.  sigh

We got to Baltimore about four minutes late; I wanted to take a taxi to our hotel, but there were none to be found, so I used Lyft and we were at the Baltimore Marriott Waterfront ten minutes later.  Our room is on the top floor; it’s a typical newish Marriott room – lots of power outlets and almost no storage space.  I miss the St. Regis!

Our ship is docked at the next pier; we can see it from the elevator lobby. 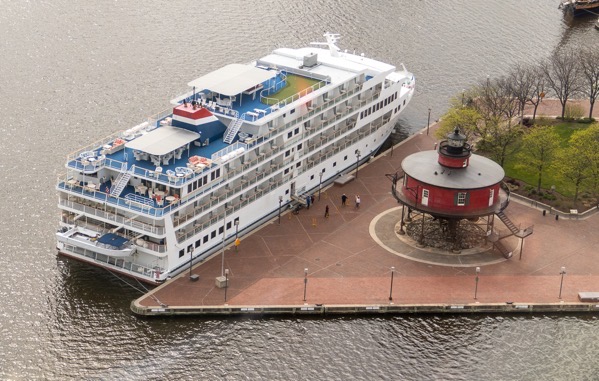 We took a walk around the Inner Harbor, passing the National Aquarium and getting a nice view of the sign on the Domino Sugar refinery across the water.  The refinery is still very much a going concern, refining about ten percent of the sugar used in the US.  The sign is 120 feet by 70 feet! 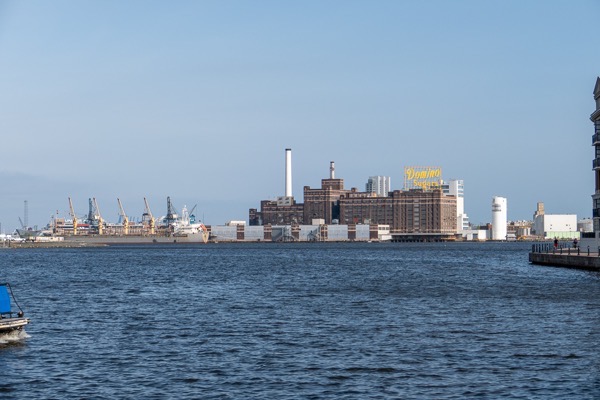 We avoided the chain restaurants surrounding the Inner Harbor and walked over to Little Italy for dinner at Dalesios; it’s an old-school place, with good service, simple food, and reasonable prices.  On the way back, we happened upon the National Katyń Memorial commemorating the Katyn Massacre during World War II when the Soviets killed thousands of Polish prisoners on Stalin’s orders and tried to cover it up.  Does that remind you of anything in the news lately? 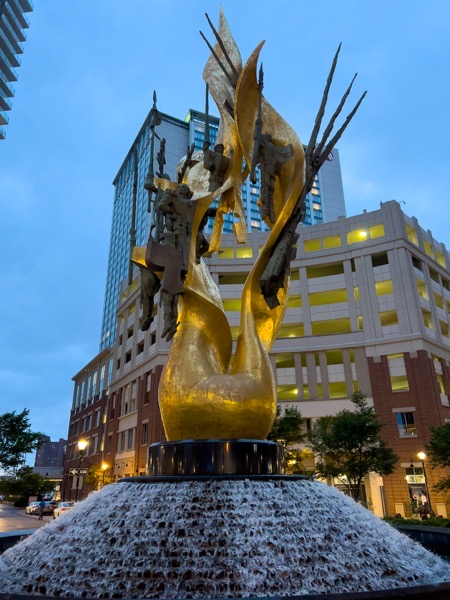