Diane and I took separate excursions again today – she went to the Norfolk Botanical Gardens and Virginia Beach while I took the long bus ride to Kitty Hawk and the Wright Brothers National Memorial. The tour guide had to be brought in all the way from Williamsburg because the local guides are tied up by the Norfolk International Tattoo.

The drive down was so uneventful that we arrived half-an-hour before the Black Pelican restaurant where we were having lunch was open and we had to wait for them; I walked over to the beach for a quick look and was lucky that I didn’t lose my hat to the wind! 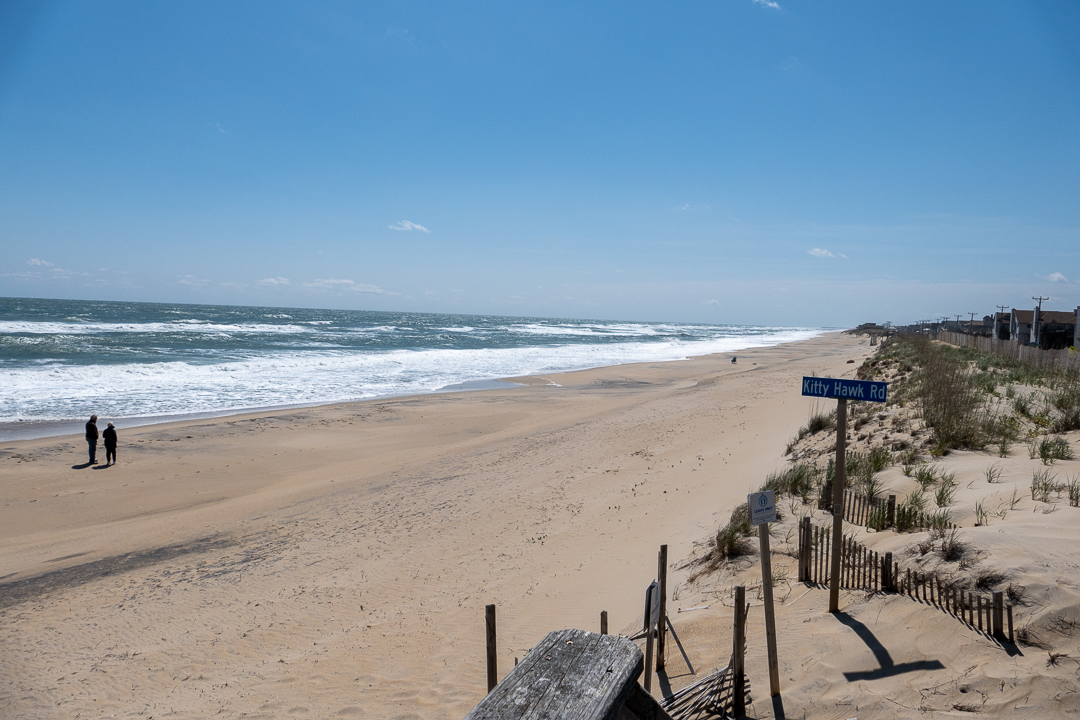 After lunch, we got back on the bus and drove a few minutes to the Wright Brothers National Memorial. Our visit started with a drive to the full-sized replica of the Wright Flyer and its crew as they might have looked just before the first flight. 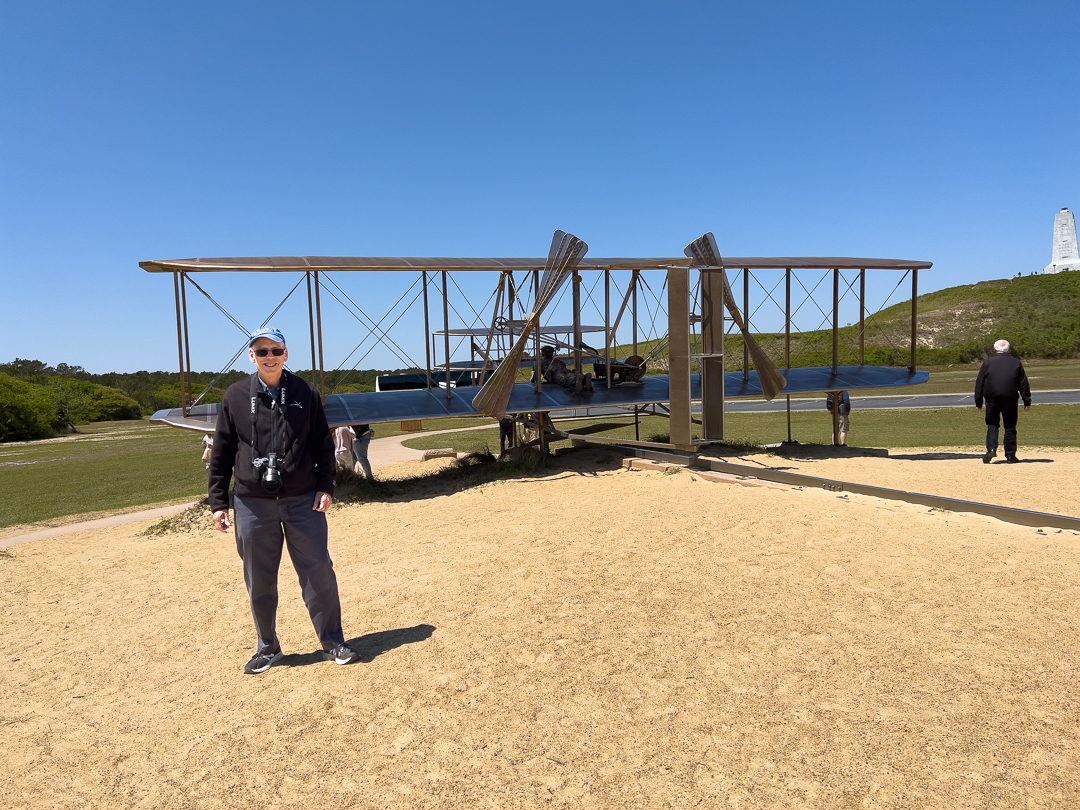 Only a few of the people on the tour wanted to walk up Big Kill Devil Hill to see the Wright Memorial up close and personal; I was one of them. We waved goodbye to the bus and hiked up the hill (about 80 feet of vertical gain). 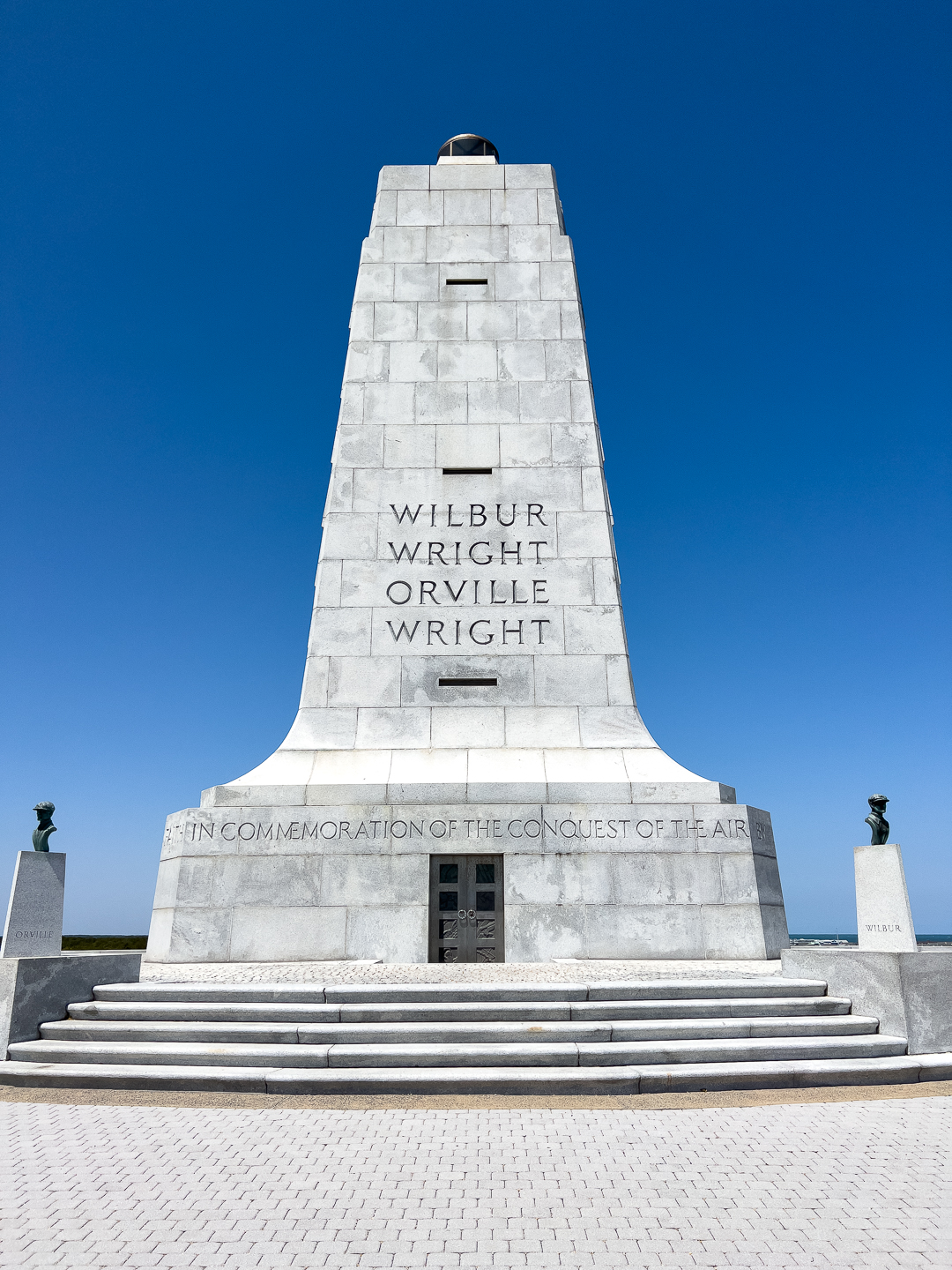 There’s an inscription running around the memorial:

In Commemoration of the Conquest of the Air
By
The Brothers Wilbur and Orville Wright. Conceived By
Genius
Achived by Dauntless Resolution and Unconquerable
Faith.

The Wright Brothers picked this area for their flight testing because of the steady high winds, soft sand, and isolation. Two out of the three are still present. 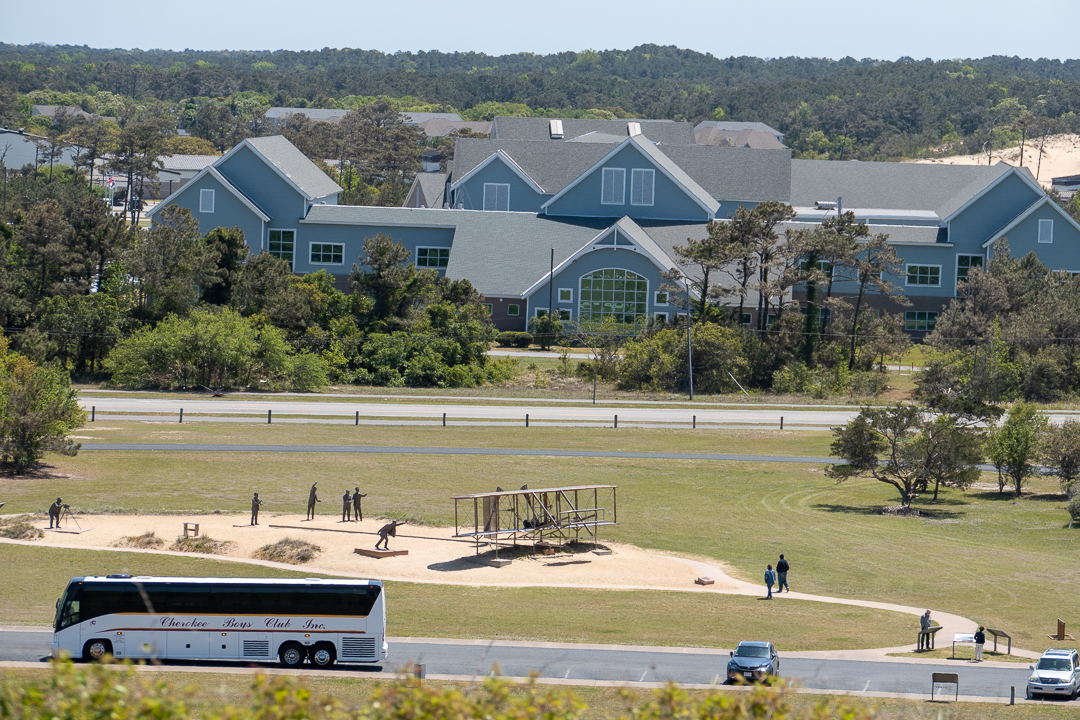 The actual site of the first flight was a few minutes’ walk away. There were four flights in all on that first day; the longest took nearly a minute and covered 852 feet. 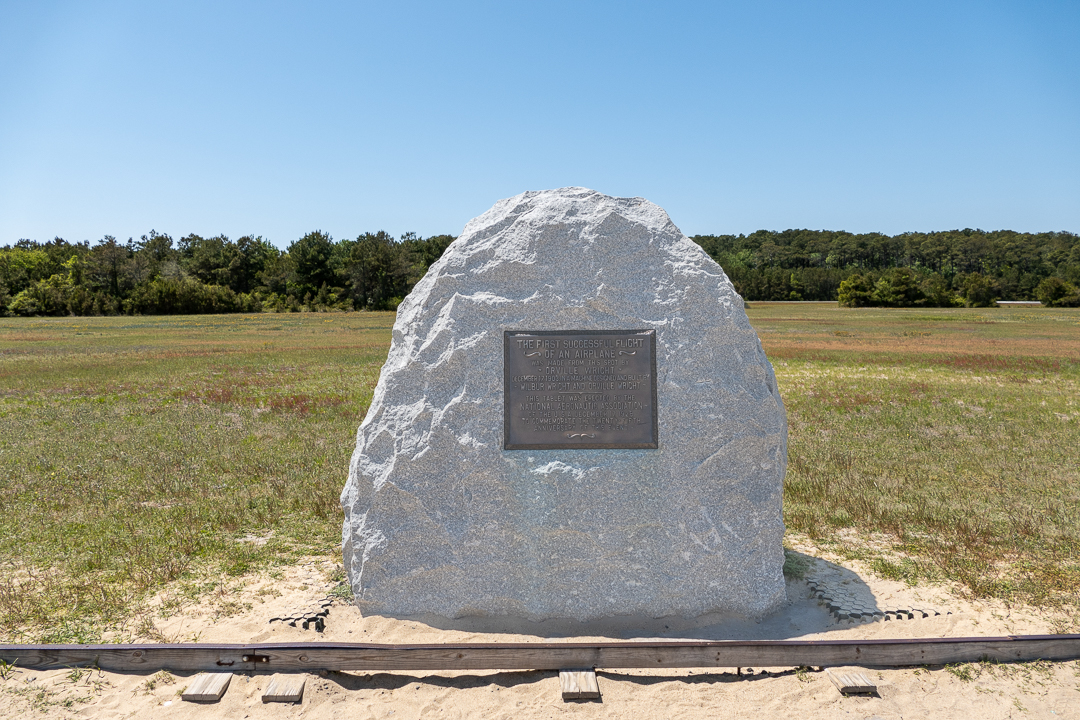 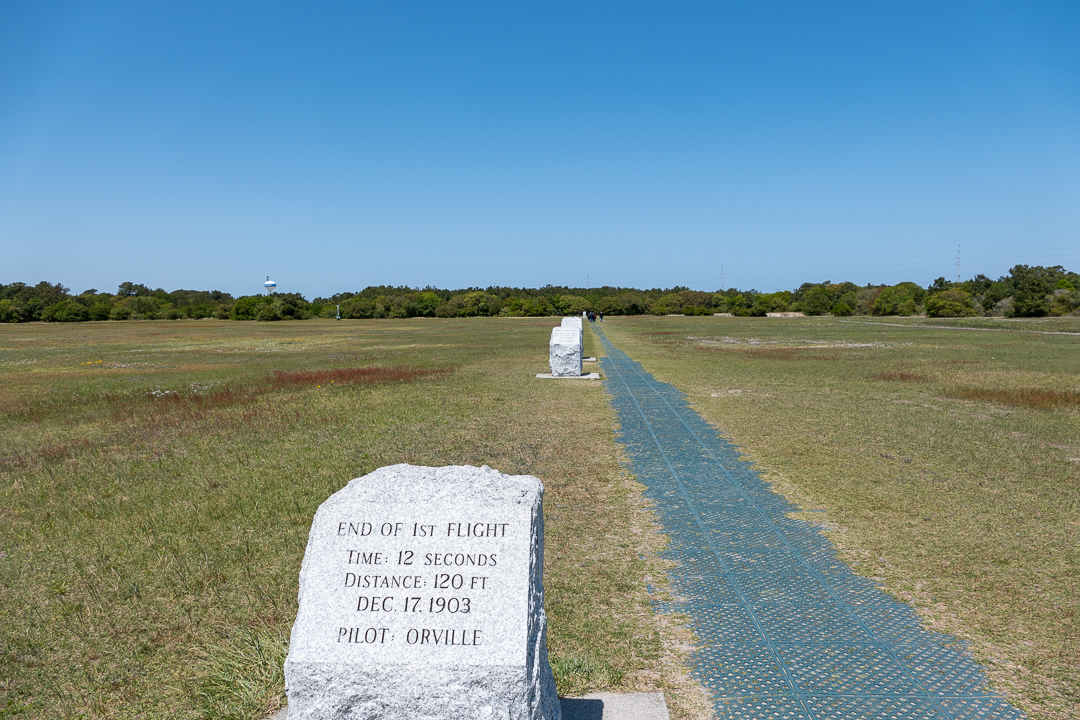 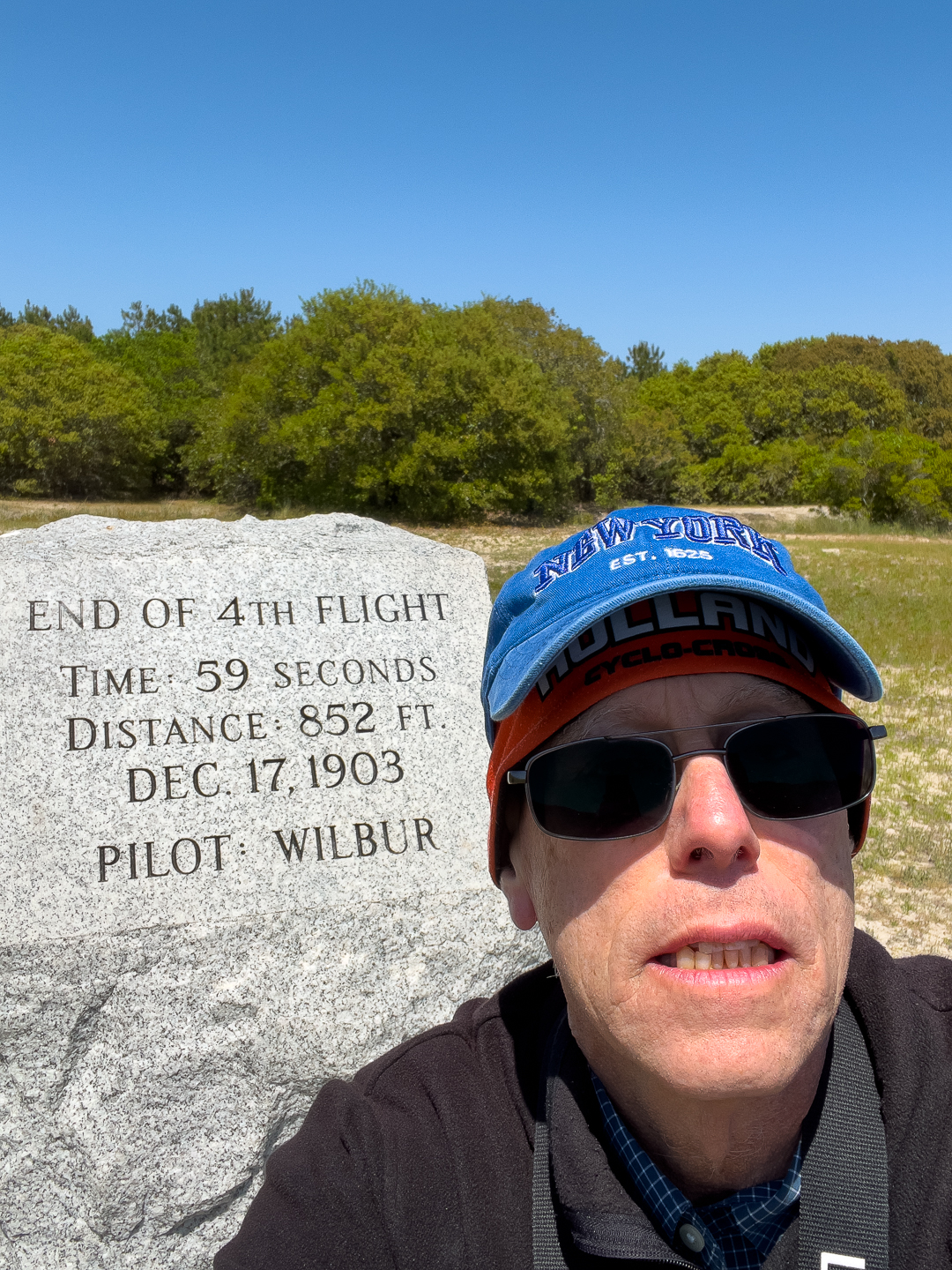 From there, I walked to the Visitor Center which was interesting, but not terribly picturesque. I had wondered if our schedule gave us enough time at the Memorial, but everyone was back on the bus before the appointed time – and I wasn’t even the last one on.

It was a long bus ride for a fairly short visit, but I’m glad I went. And I was even able to cull and edit my photos and write this posting on the way back to the ship!