It’s been a very busy day; I’m only going to cover some of the highlights.

Our morning excursion was a guided walk through Portsmouth, led by Andrew and Mary, who were dressed as 17th and 18th Century settlers. They didn’t just tell the stories, they sang them! Some of the songs were on the baudy side – not what I expected, but all in good fun! 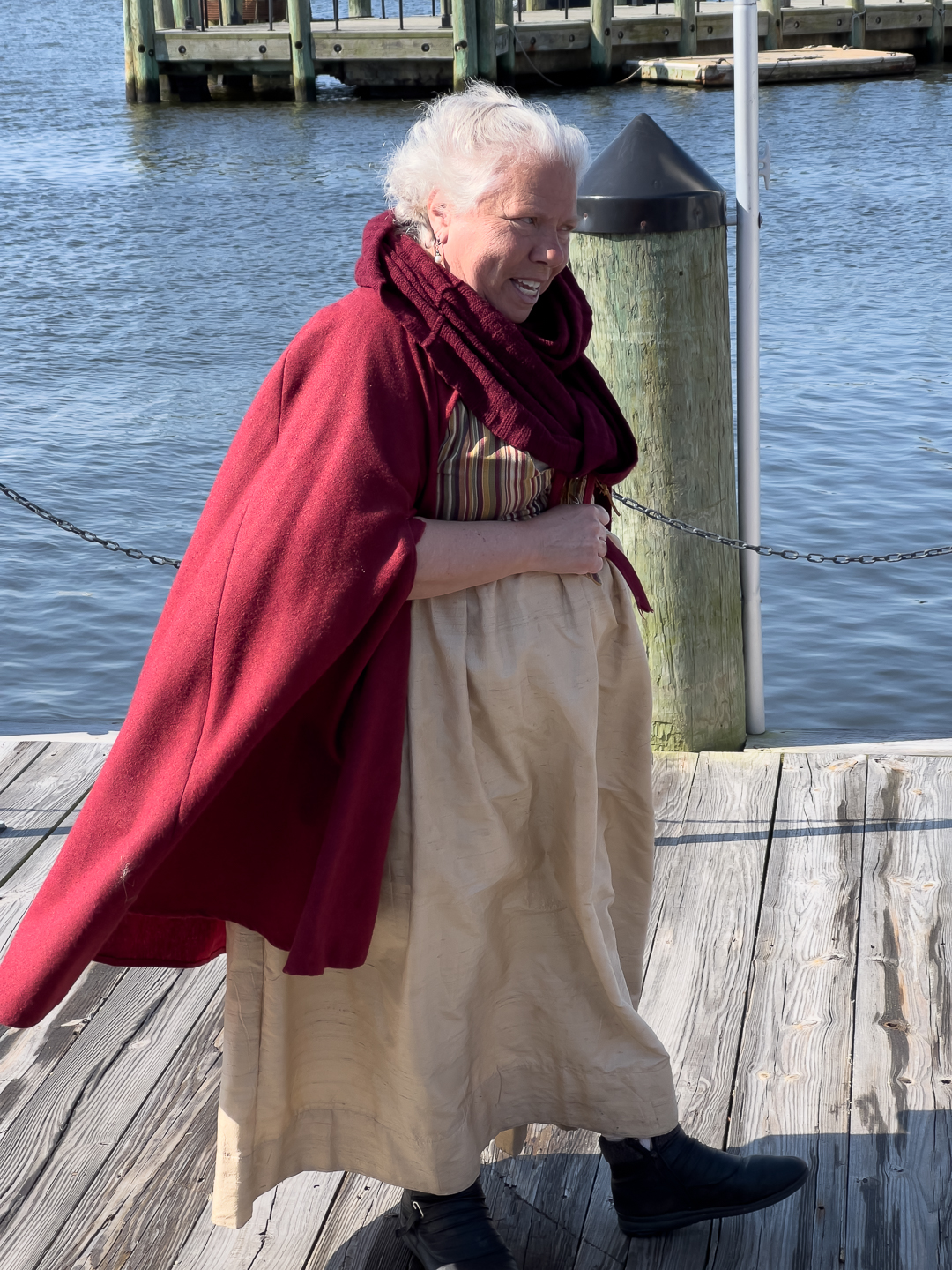 On the way to the ferry, we stopped by the Armed Forces Memorial, which has the text of letters sent home from the front in wars from the Revolution to the Gulf War – the letters were sent by service members who never made it home. It was sobering.

“The Homecoming” depicted a much happier moment.

Mary warned us to be careful as we walked on the streets and sidewalks: “you may trip, you may stumble, you may fall, but you may not sue!”

Some of the houses had a “firemark” on the outside, showing which fire company the owners were paying to protect the house. 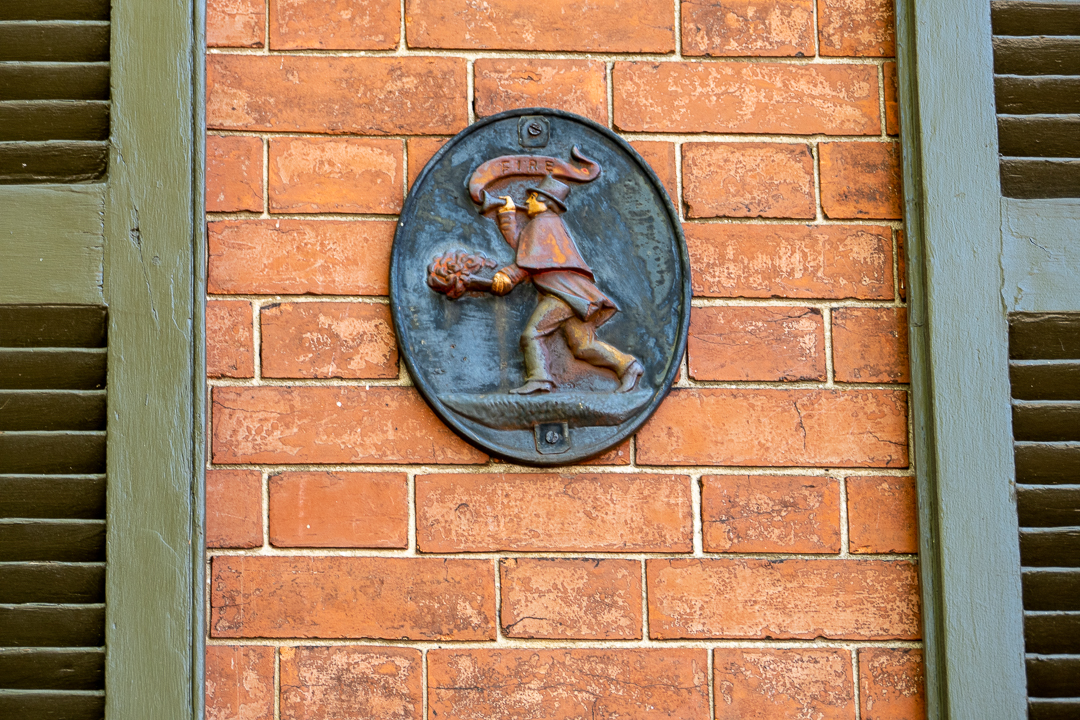 The busybody (below the air conditioner in the photo) was invented by Franklin to let the occupants see what was happening on the street! 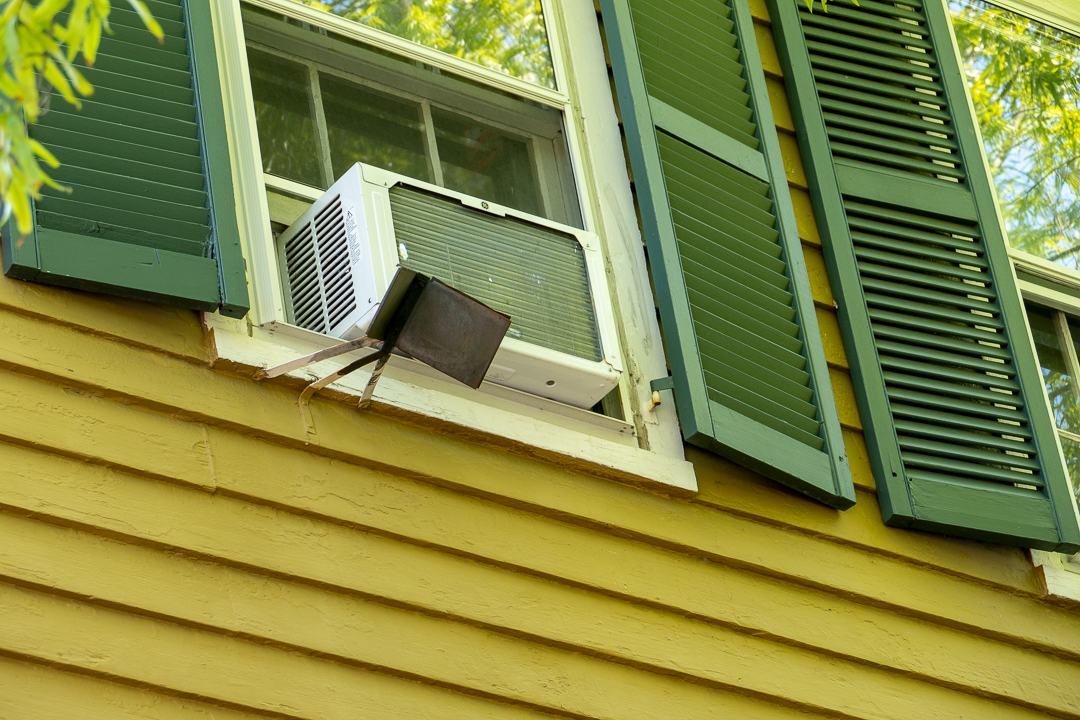 We continued walking through Old Town Portsmouth, visiting Hill House and Trinity Church; it would be an interesting area to explore in more depth; we found a walking guide that I’d use if we came back.

In the afternoon, Diane went to the Virginia Aquarium and Marine Science Museum while I went to the Military Aviation Museum in Virginia Beach.

My tour started with a visit to a WWII “Watch House” (we’d call it a control tower) from Goxhill, England; it was used by the British early in the war, then given to the US Army Air Force as they were building up for the assault on Europe. After the war, it fell into disuse and was eventually taken apart, shipped to Virginia, and rebuilt.

There was a Quonset hut outside the watch house – that’s the American name, chosen to honor the base in Rhode Island where they were built. In Great Britain, they call it a Nissen hut after its inventor.

We then went to the WWI hangar, filled with airplanes. There was one original WWI “Thomas” plane which is no longer flyable; the others were modern replicas and are flown regularly.

The visitor center had planes from WWII and later, as well as a few other interesting vehicles. I especially liked the “Glimpy”, an airplane which was attached to a blimp; if the blimp saw something interesting, the airplane would fly back to base and report it while the blimp kept doing recon. 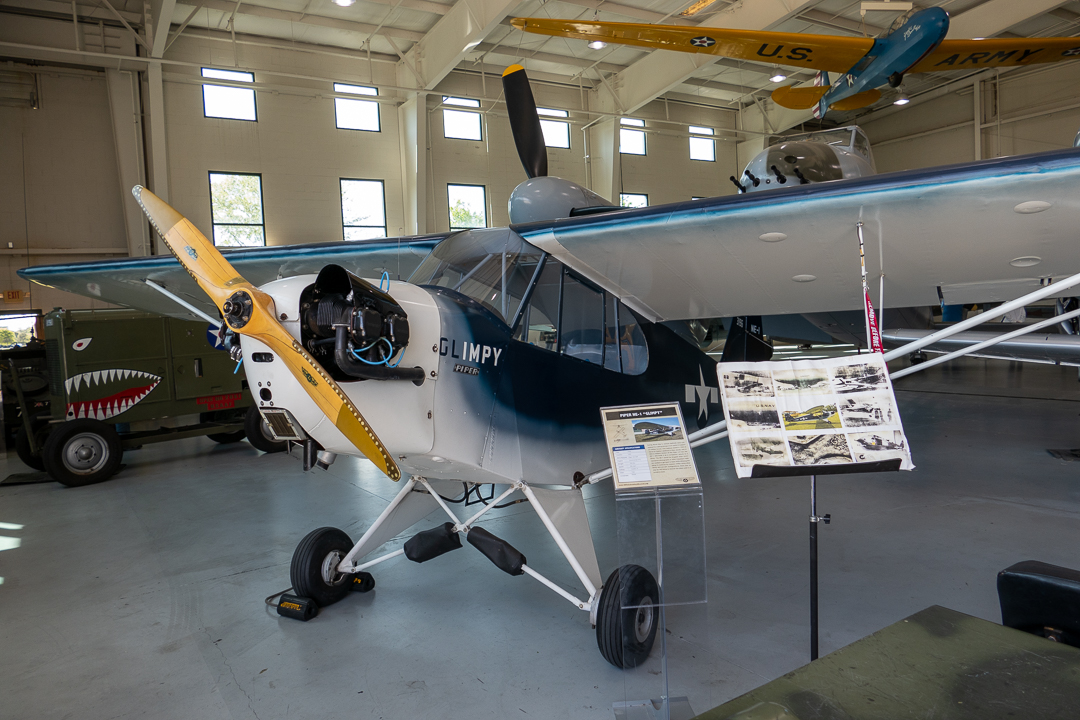 It was a very informative day!