I grew up in Richmond, Virginia, so I learned about Jamestown, Yorktown, and Williamsburg in school. We even took a field trip to Williamsburg in fourth grade, and I’ve been there many times since – but the closest I’d ever come to Jamestown or Yorktown was driving on the Colonial Parkway. Until today.

Our ship docked in Yorktown early this morning, and after breakfast, we boarded the bus for a visit to Jamestown Settlement, not to be confused with the actual site of Jamestown, which is an archeological dig. Jamestown Settlement is a reconstruction and a museum, and I enjoyed it immensely.

We began our visit by exploring the reconstructed Paspahegh town (the Paspahegh were the Powhatan tribal group living closest to Jamestown). We walked through a house that would have been occupied by an extended family. 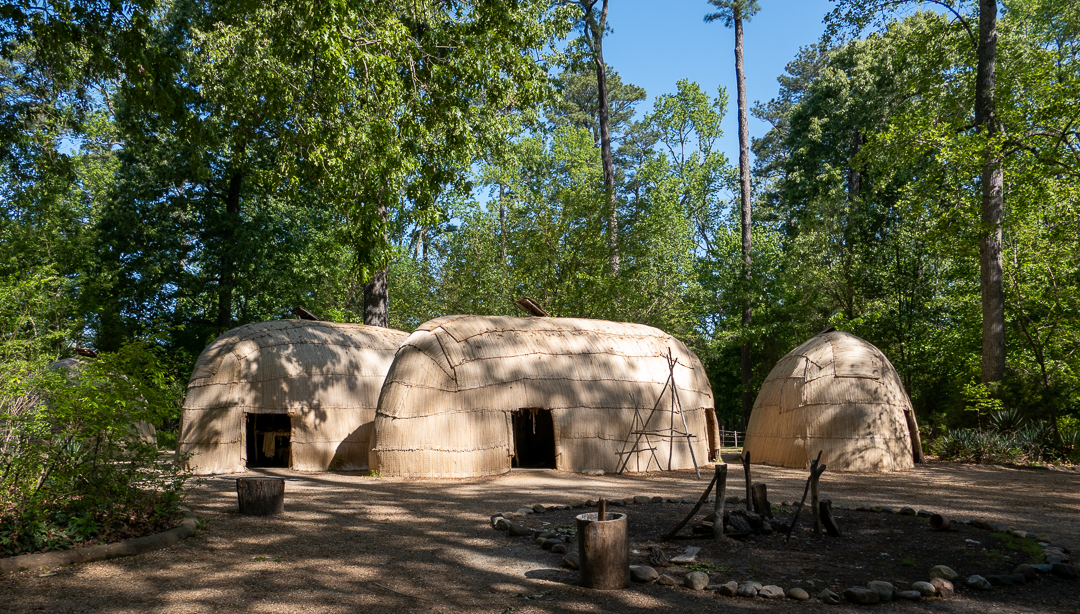 Cooking didn’t happen in the houses – it was done outdoors, and we saw a demonstration of food preparation.

We also saw how the Paspahegh made rope from fibrous plants and from animal sinews; here’s an interpreter with a rope he’d spun from locally-grown yucca. The children learned to spin rope when they were 3 or 4; he learned much later, of course, but he can spin up to 10 feet an hour if he’s not being interrupted by tourists. 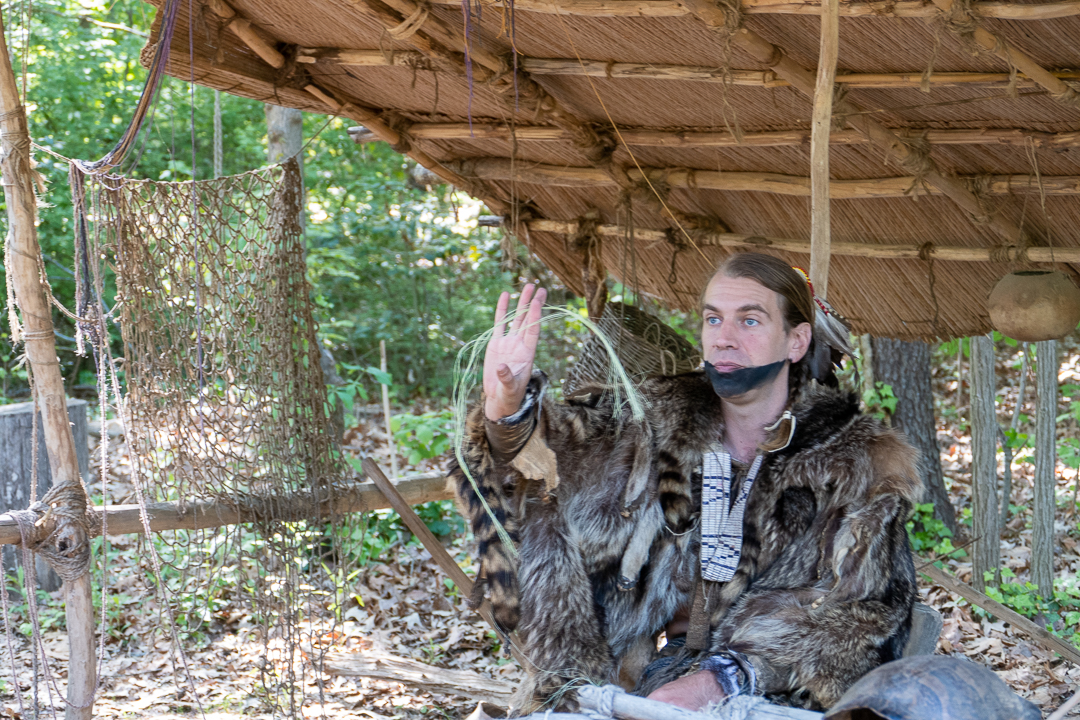 They’ve built reproductions of the ships that brought the colonists from England; the Susan Constant and the Discovery were in port (the Godspeed was away for maintenance). The Susan Constant was the larger of the two ships and sailed for Virginia with 71 passengers and crew; it was not exactly luxury travel. 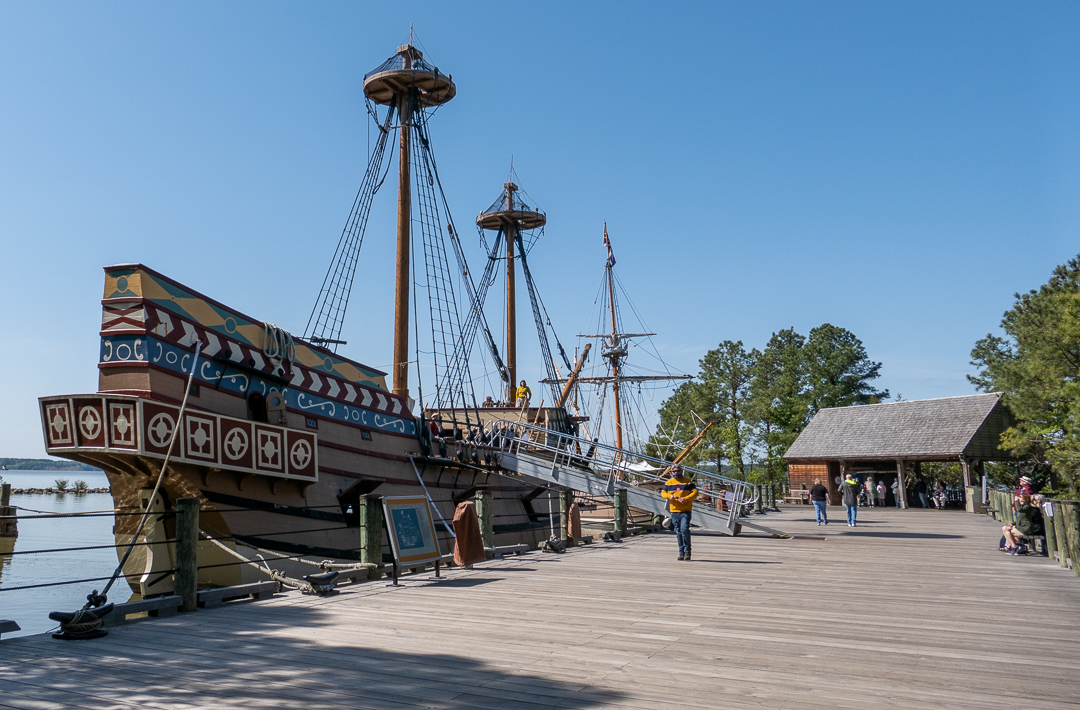 We took a quick tour of Fort James, the reconstructed colony. The most impressive building was, unsurprisingly, the church. 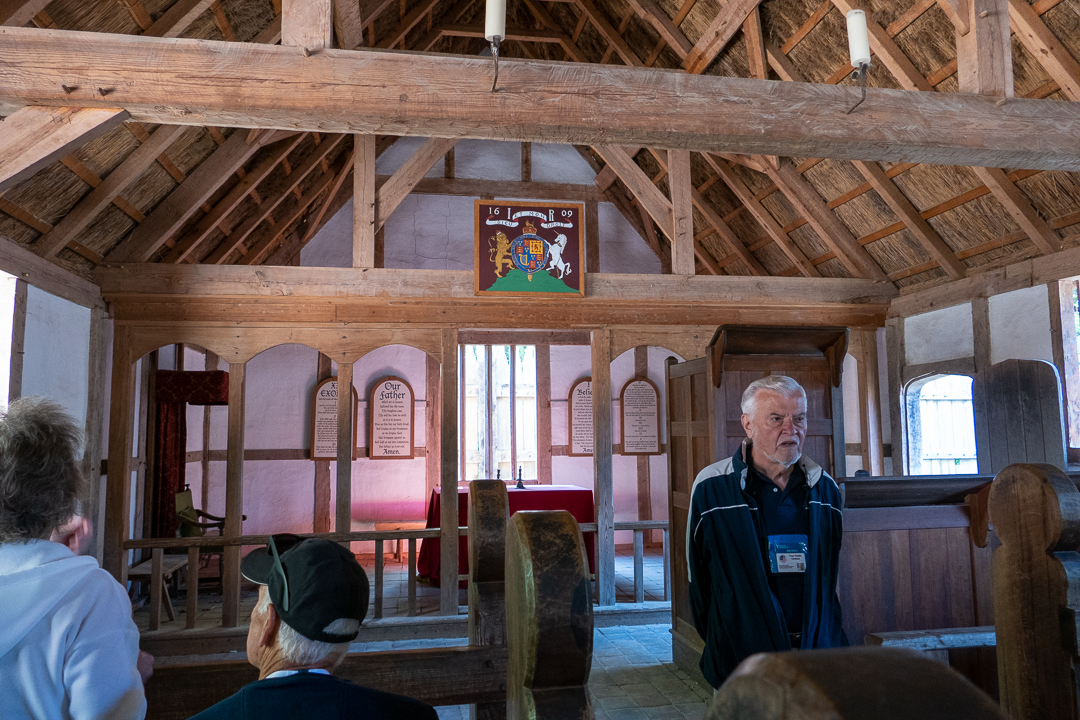 We also visited the Governor’s House and met the surgeon, who explained his tools and procedures. Things have improved. 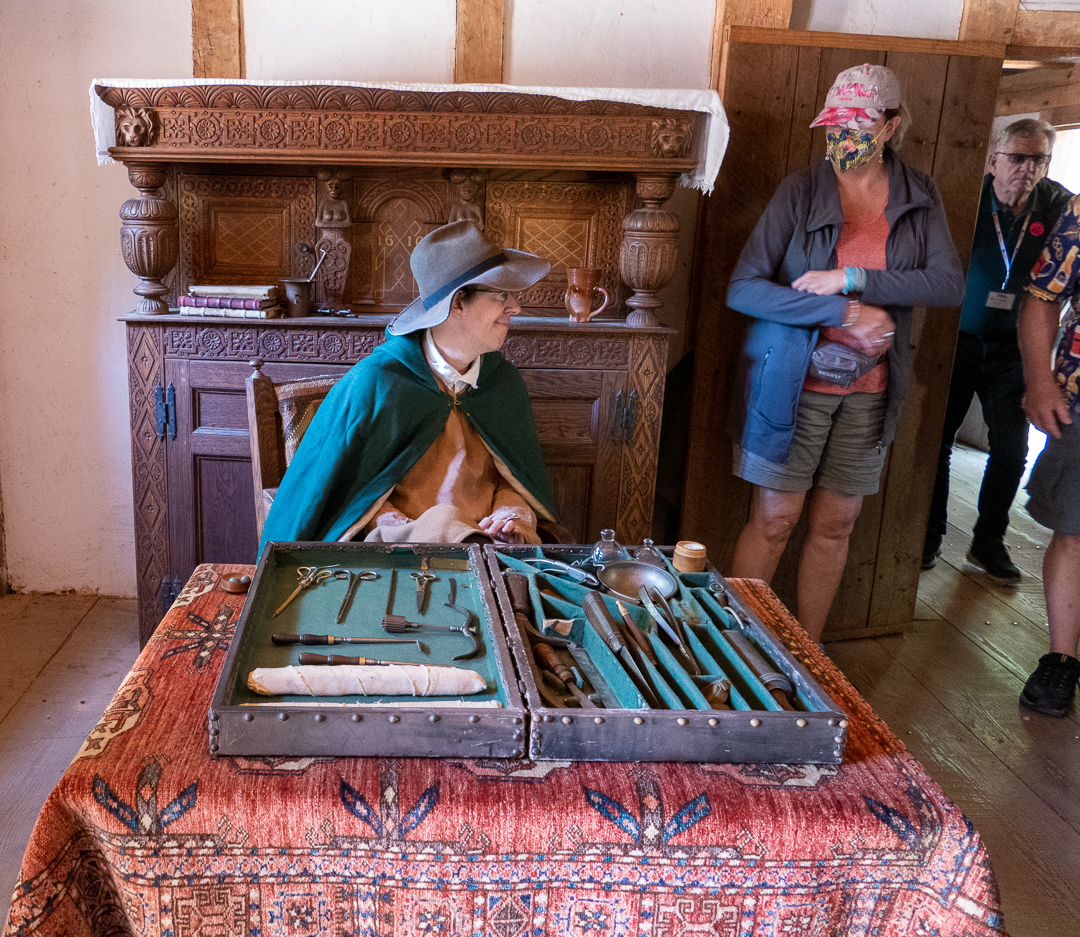 On our way back to the visitor’s center and museum, we saw a couple of bald eagles flying around. 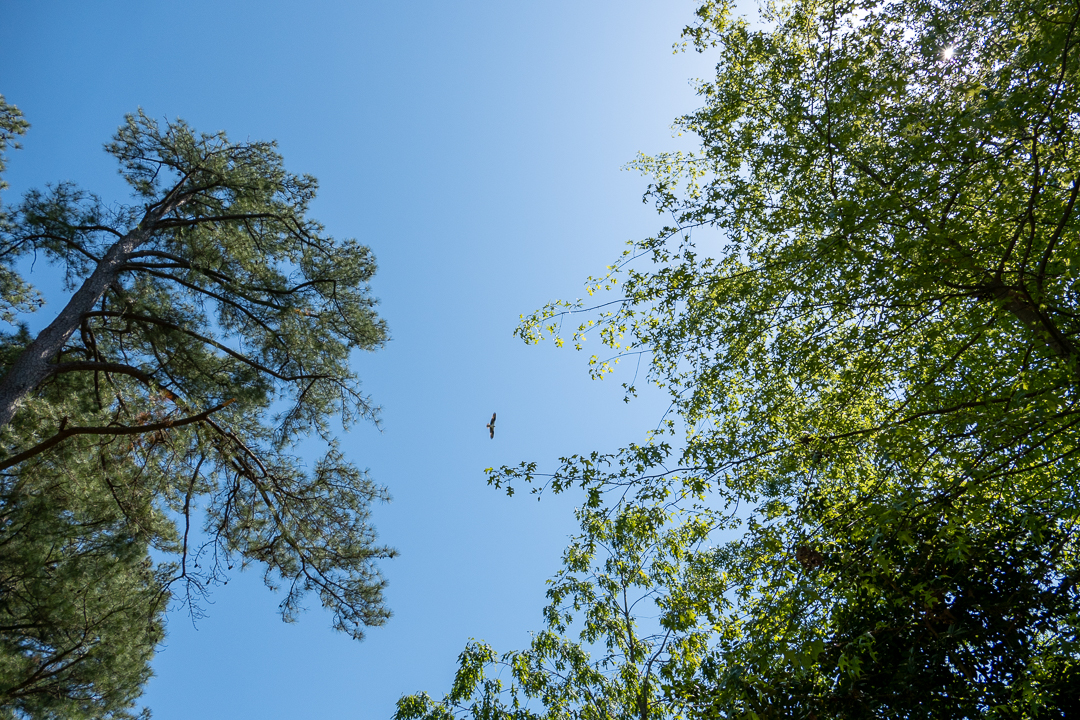 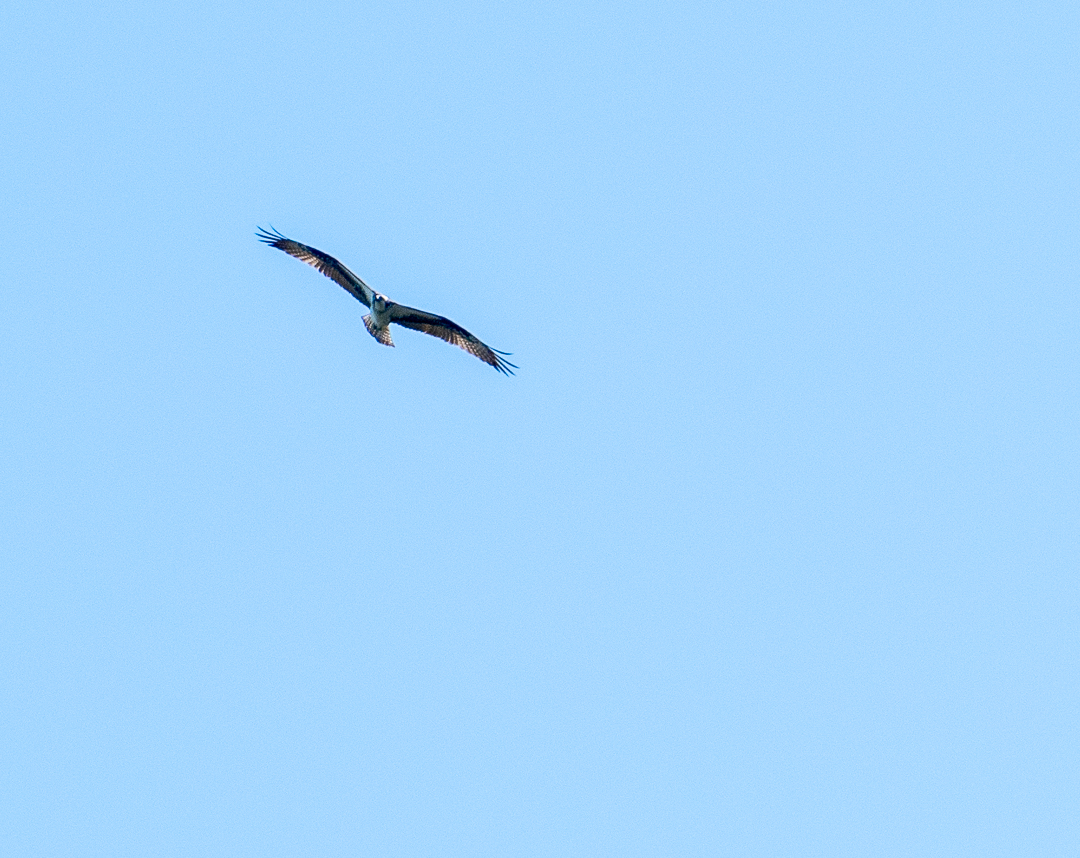 We stayed in Yorktown for the rest of the day to visit the American Revolution Museum. Its chief feature was a reconstructed Continental Army camp, complete with a demonstration of firearms. First we learned about the way muskets, bayonets, and rifles were used – the objective wasn’t necessarily to kill the enemy; scaring them into abandoning territory was just as good. A musket capped with a bayonet was a scary device! 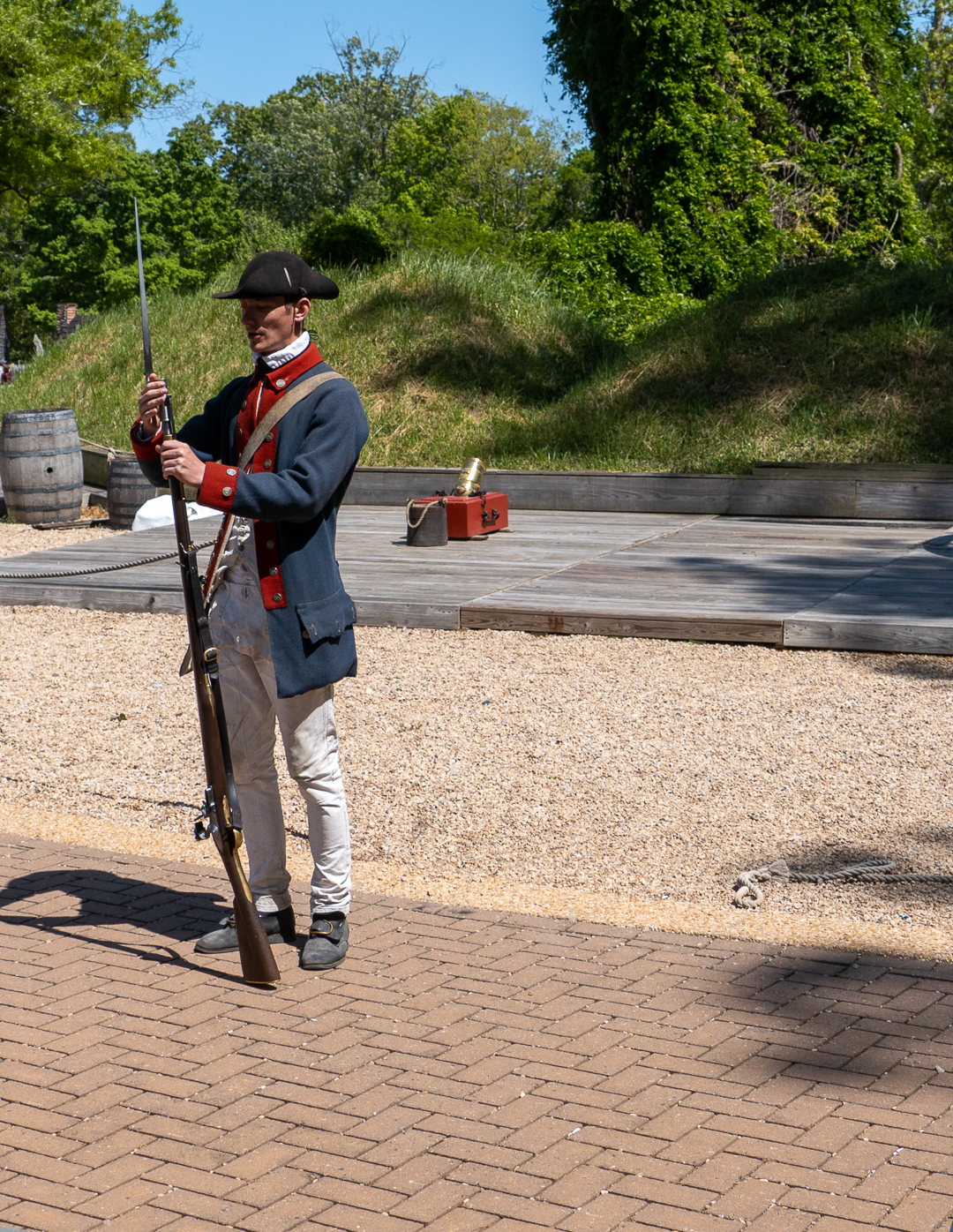 We also were treated to a firing of a six-pound gun; it was loud! 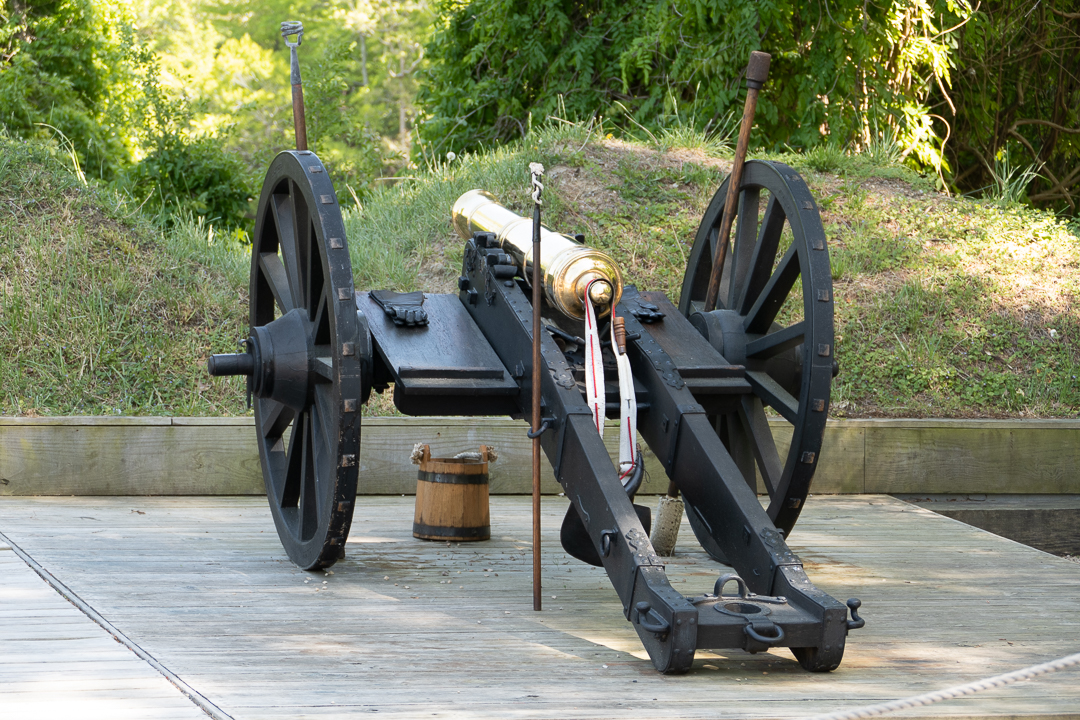 We made a brief stop in the reconstructed farm; they actually grow crops and raise chickens there. We visited the tobacco house where the settlers would dry tobacco in preparation for selling it. 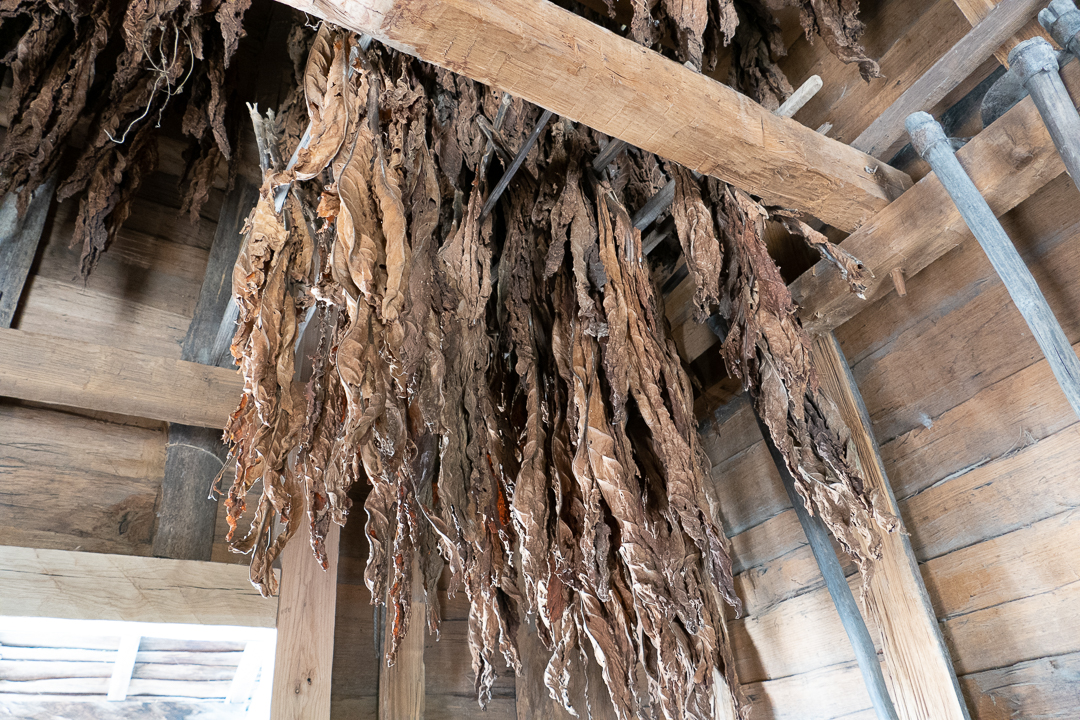 This evening, the ship held the Eagle Society Reception at the Watermen’s Museum. We didn’t get to explore the museum (probably just as well!) but we were visited by two members of the Fife and Drum Corps of Yorktown who explained the role that fifers and drummers played in the war (sending signals, as well as keeping morale up) and played a few brief songs including “Yankee Doodle” and “The World Turned Upside Down”. 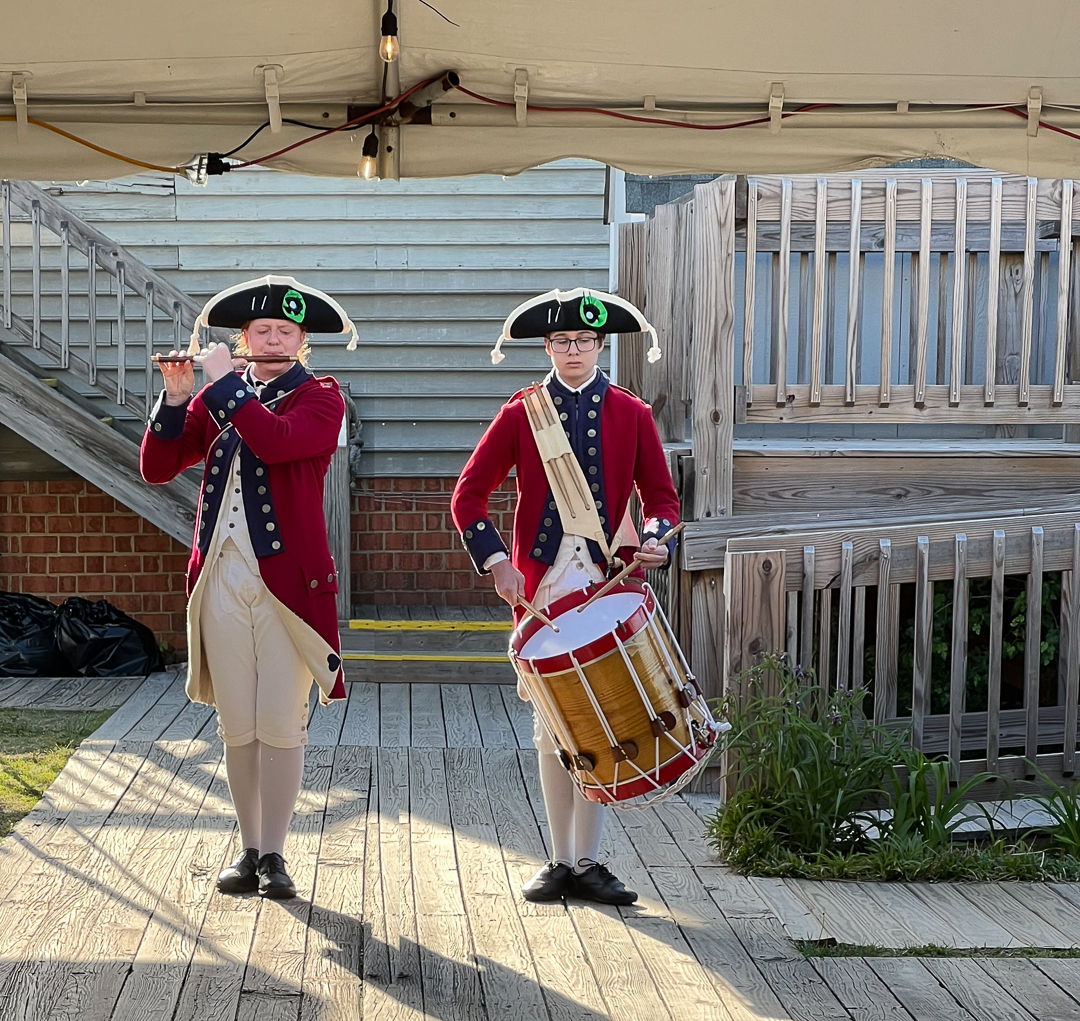 We returned to the ship for dinner. 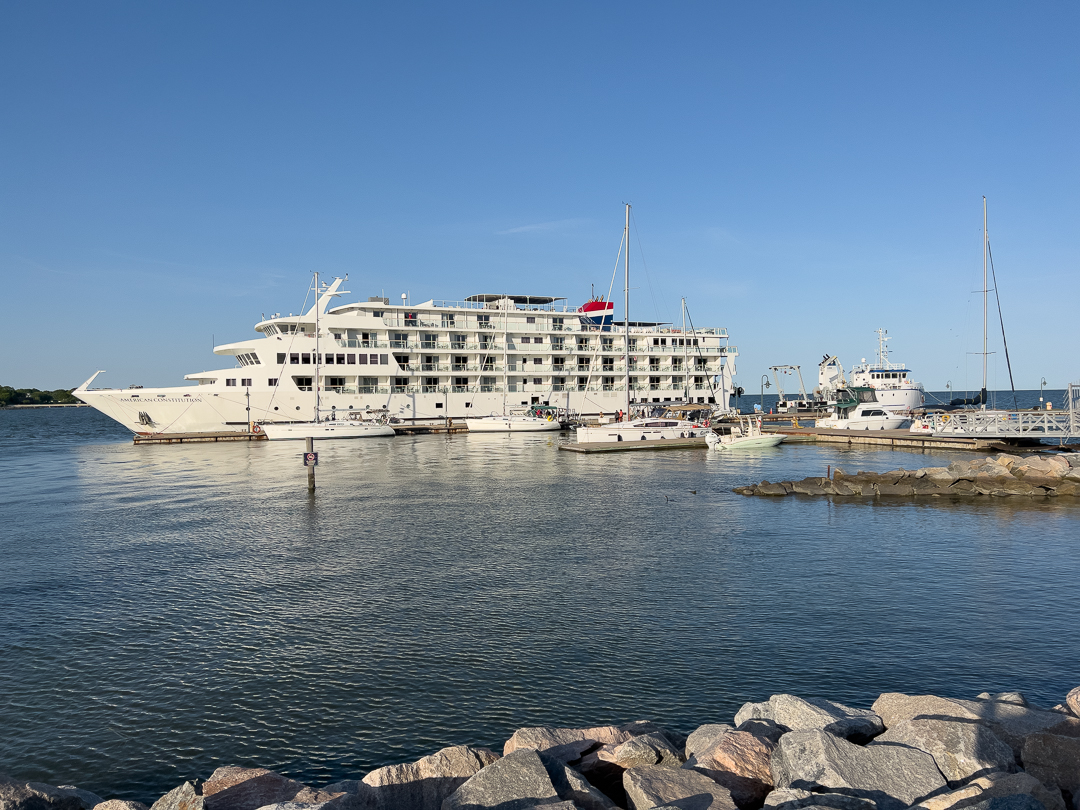