We had to start early again today, but the view outside our stateroom was almost worth getting up for all by itself. 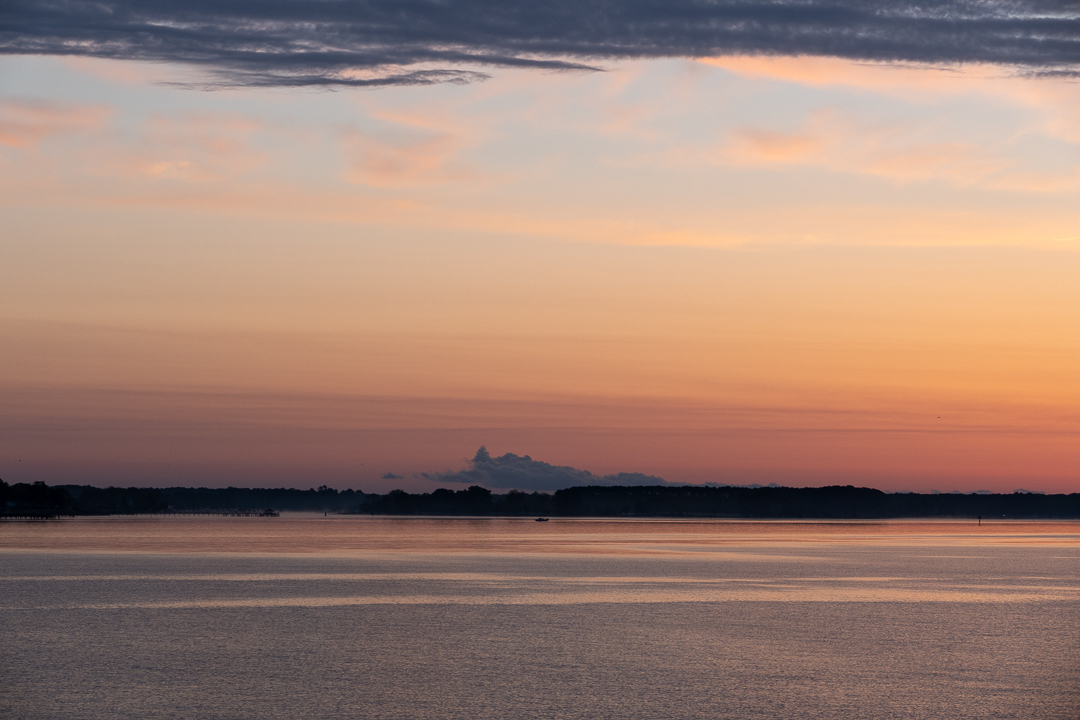 We arrived in Colonial Williamsburg about 9am, just as things were opening up for the day. Our guide took us to the blacksmith’s shop; they were getting the fire ready for the day’s activities. One interpreter talked to us while the other tended to the fire. 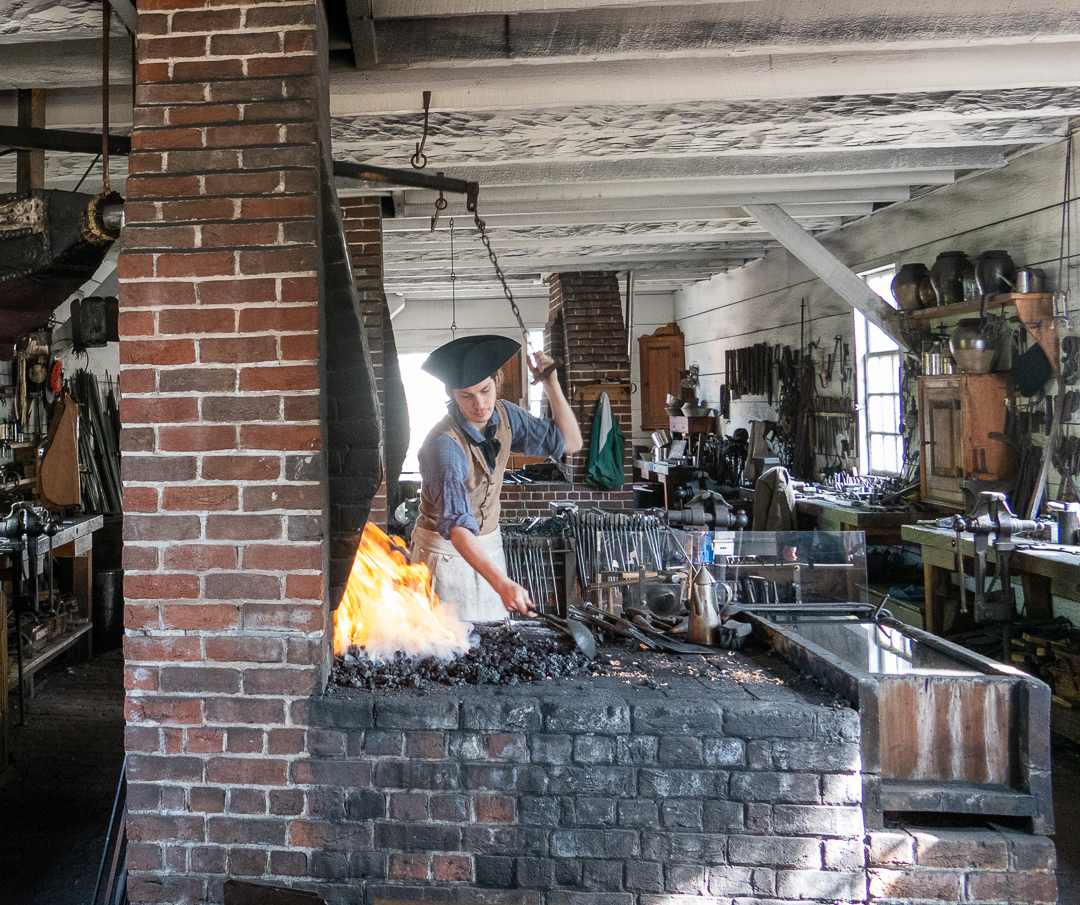 A few minutes later, the fire was hot enough for them to start making hardware. 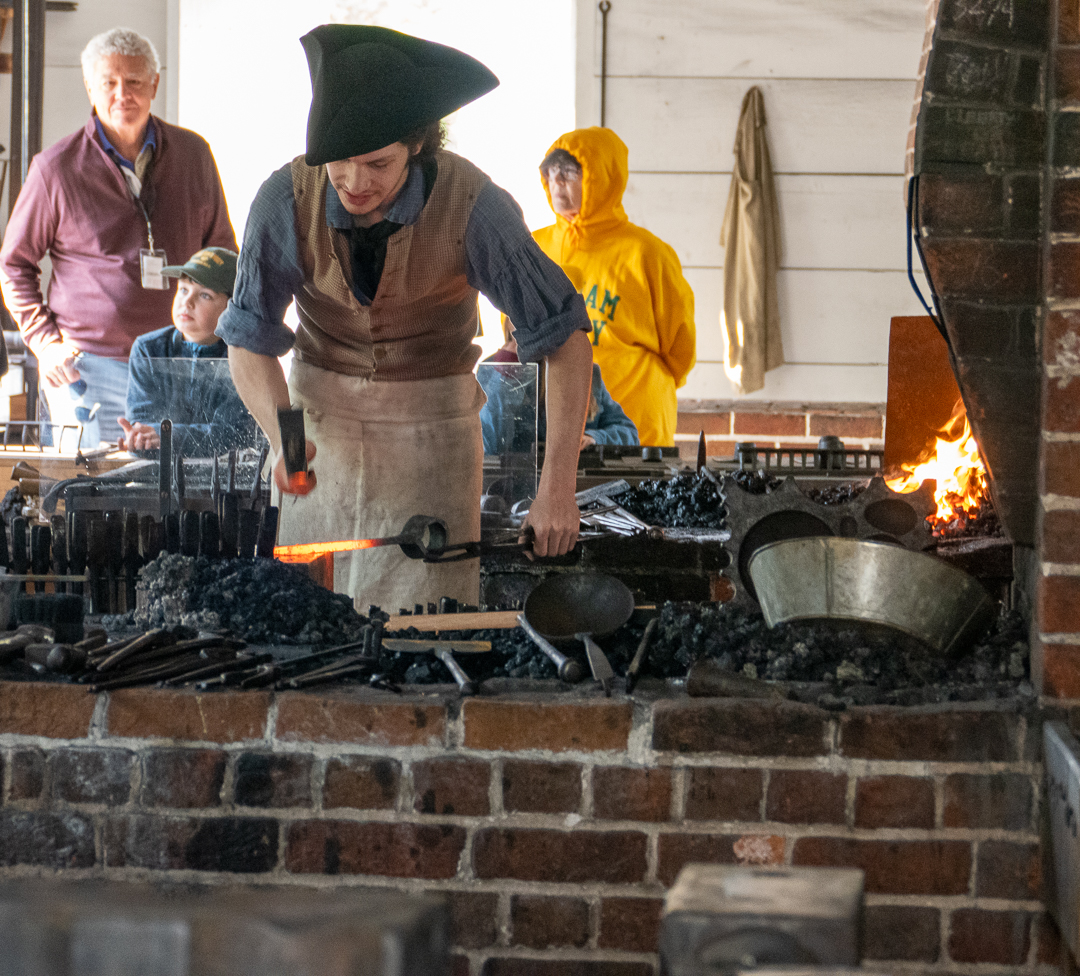 The shoemaker’s was also open – he was training a new apprentice (or at least that’s what they told us), but he still had enough time and attention to sew up a shoe while he was talking. 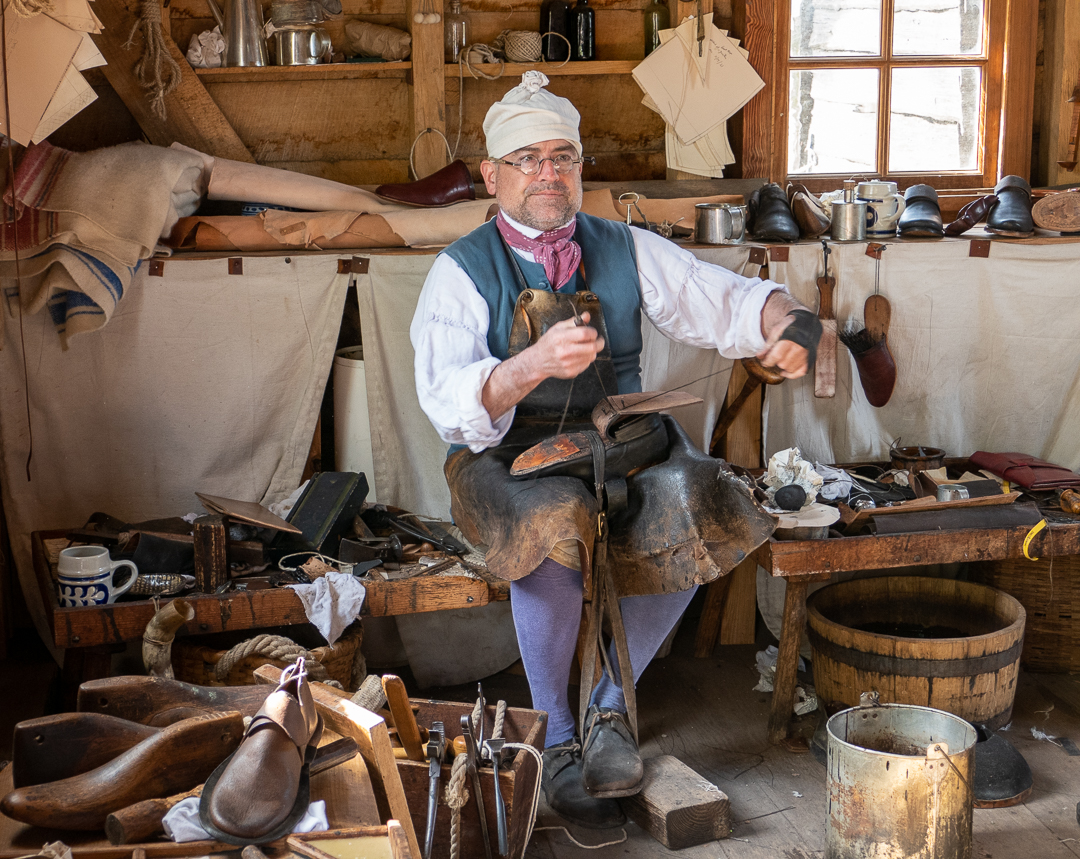 Our next stop was at the textile shop (spinning, dyeing, and weaving). The interpreter there told us about how some of the dyes were made – urine was involved in the blue dyes, much to my surprise. 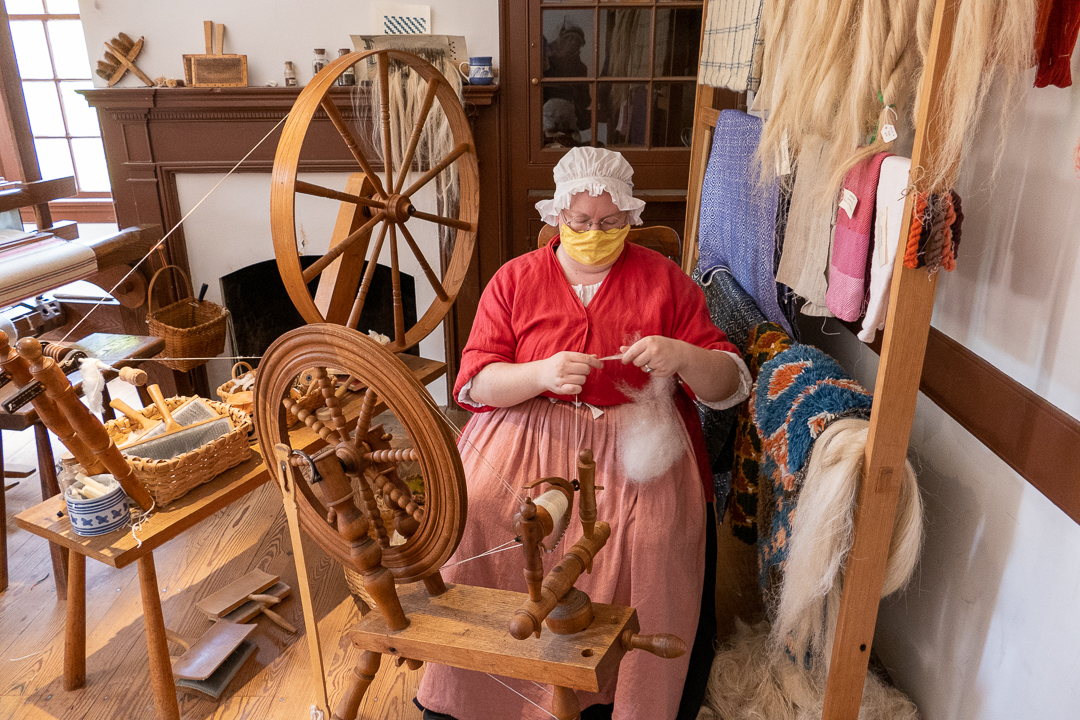 There was more than commerce, of course; we visited the courthouse (which remained in use well into the 19th Century), where the bailiff helped us with our manners – he explained court customs, contempt of court, and the difference between misdemeanors (which could get you flogged) and felonies (which could get you killed). 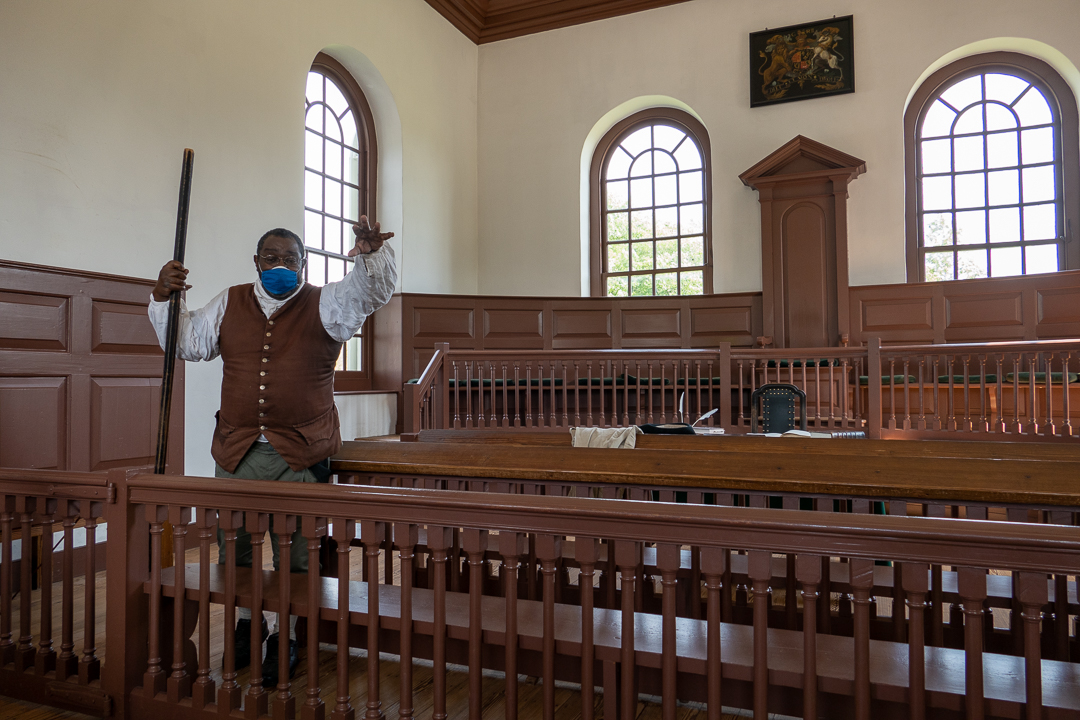 Being in a group with a guide was a mixed blessing – she took us to good spots and explained a lot to us, but we had to wait a lot for other members of the group, and she had to repeat things frequently. And she wanted to make sure everyone could find the meeting spot, so she took us there before letting us go – so we only had about half-an-hour to wander around on our own; we found a garden which was planted with various fruits, vegetables, and flowers. They try to use heritage varieties when they can like this China Rose. 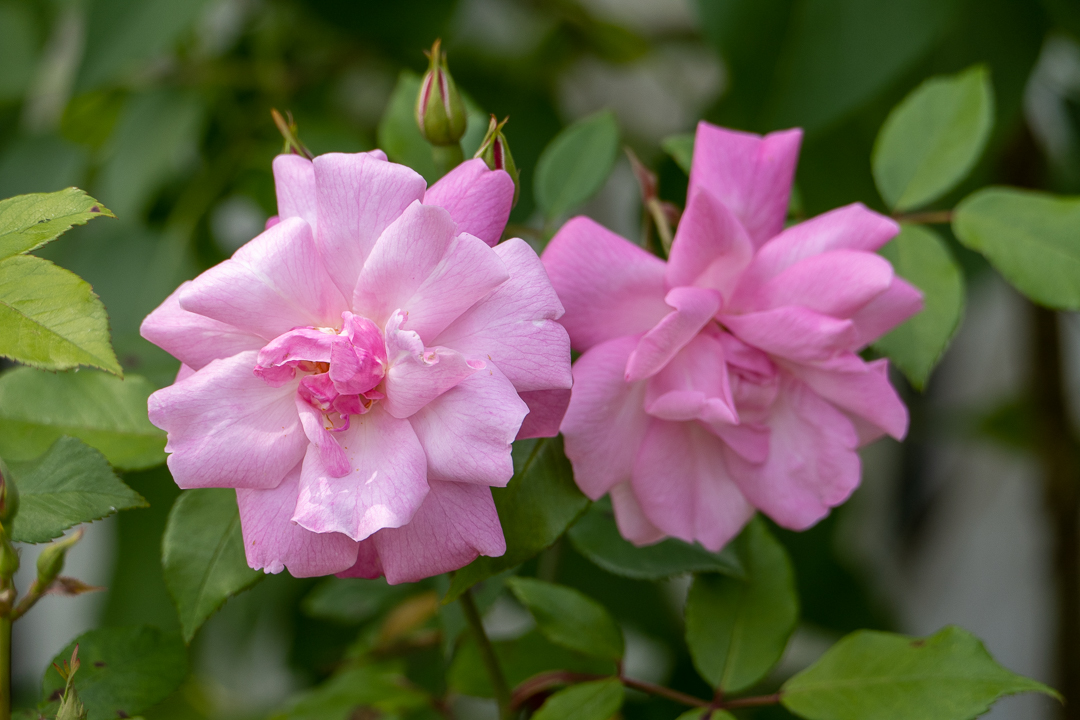 Open pollination is important to them, so they encourage pollinators like bees. The interpreter told us that the Welsh Onion is mild-tasting, but we didn’t get to try it. 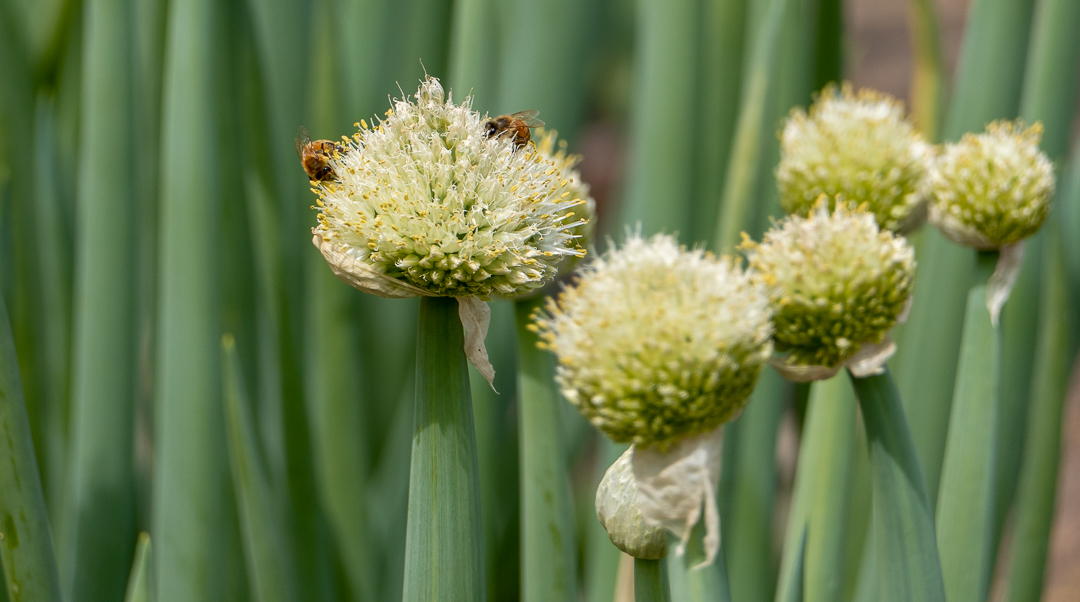 We didn’t have a chance to go into the Governor’s Palace, but we got close! 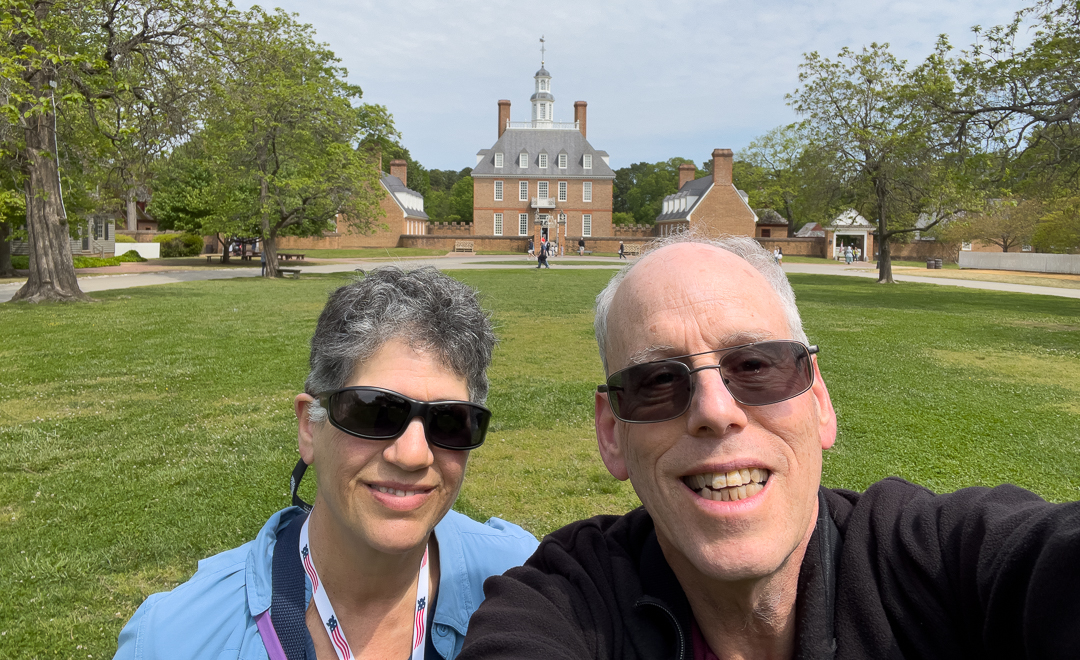 We sailed about an hour after we got back to the ship; the next stop is Washington, tomorrow morning.