We’re at the very back of the upstairs Club World cabin on an A380, which has its good points and its bad points. The good: we could sit together and neither of us had to climb over anyone or be climbed over for aisle access, unlike almost any other seats in Club World (BA has a very weird seating arrangement). The bad: we were the last to be served dinner, so we didn’t start eating until nearly 9pm San Francisco time.

My tray table wouldn’t stay level – since there was no one in the seat next to me, the flight attendant took down that tray table and put my drinks on it. It worked wonderfully well, and I used it for my night table so I could charge my watch and still look at it when I needed to know the time. 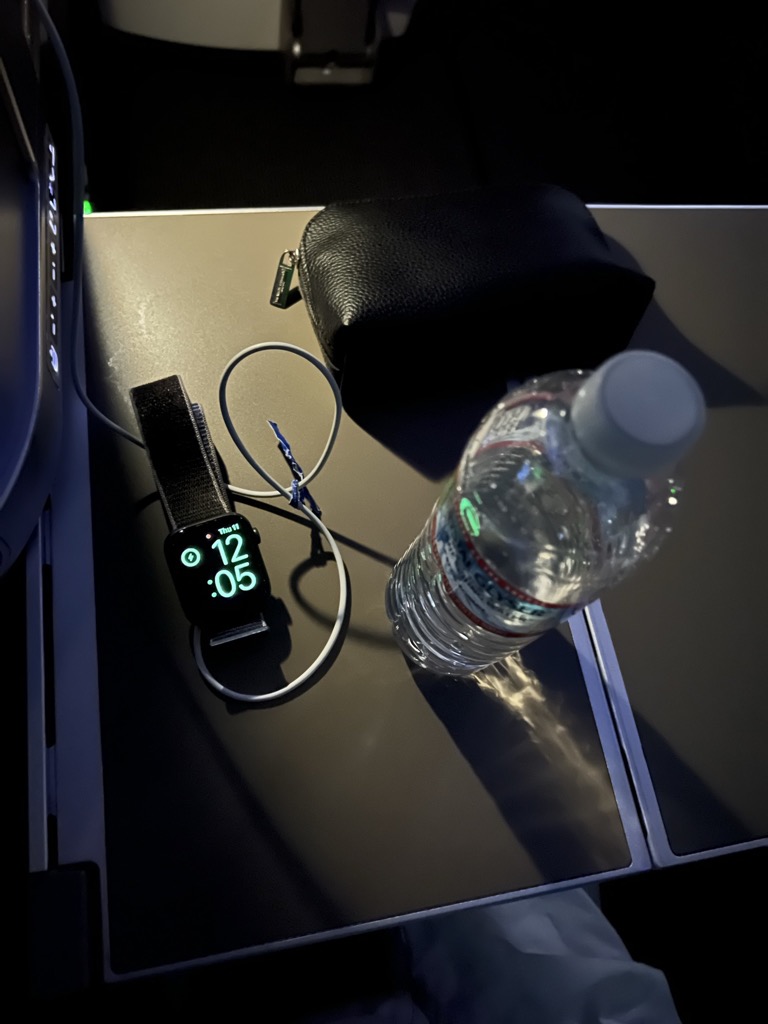 We were finished with dinner a little after 10, which is 6am London time. I slept some, but woke up every hour, which is pretty normal for me when I try to sleep on a red eye. My most recent wake up was at noon London time; I can hear breakfast being prepared, and we’re supposed to land in a couple of hours, so I guess it’s time to get up and face the day, which will be entirely spent in the hands of British Airways.