Jeff had the day off, so we decided to go to Santa Cruz to see the monarch butterflies at Natural Bridges State Park. There were, however, a few tasks I had to get out of the way before we could leave.

I was going to take the Prius to the mechanic, but the Check Engine light didn’t come on when I started the car this morning. There’s a small possibility that the light came on last night because I hadn’t tightened the gas cap enough when I filled the tank, so I decided to wait and see what happens over the weekend.

That gave me enough time to make pretzels – which, of course, took longer than I expected. As usual. It would have been a little quicker if I hadn’t run out of bread flour; fortunately, I had plenty of King Arthur All Purpose Flour with an 11.7% gluten level, which was high enough to work. I put the pretzels in the refrigerator to cool just after lunch, and we were in Santa Cruz at 2pm.

We parked at the Swift Street Courtyard and visited 11th Hour Coffee for a warm drink before walking to Natural Bridges. We usually walk down to West Cliff Drive, then over to the park, but Google Maps suggested a shortcut which took us down Delaware Avenue to the northern entrance to the park, just a few feet from the Monarch Trail.

We followed the trail to the Monarch Boardwalk and enjoyed the views – it was warm enough for the butterflies to be active, though some of them were beginning to cluster for the evening. 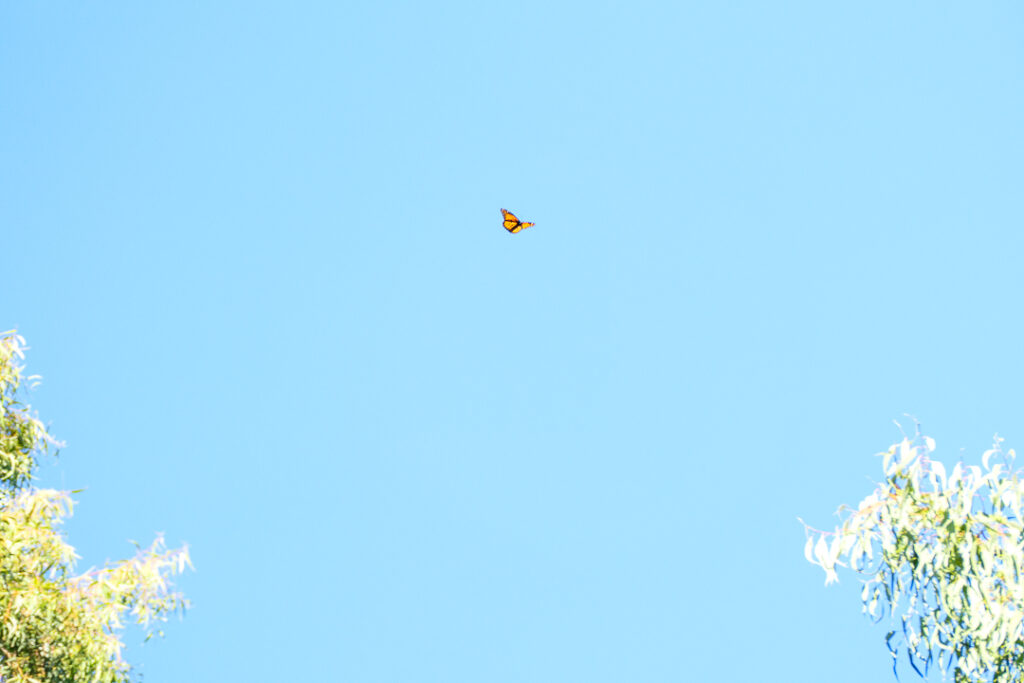 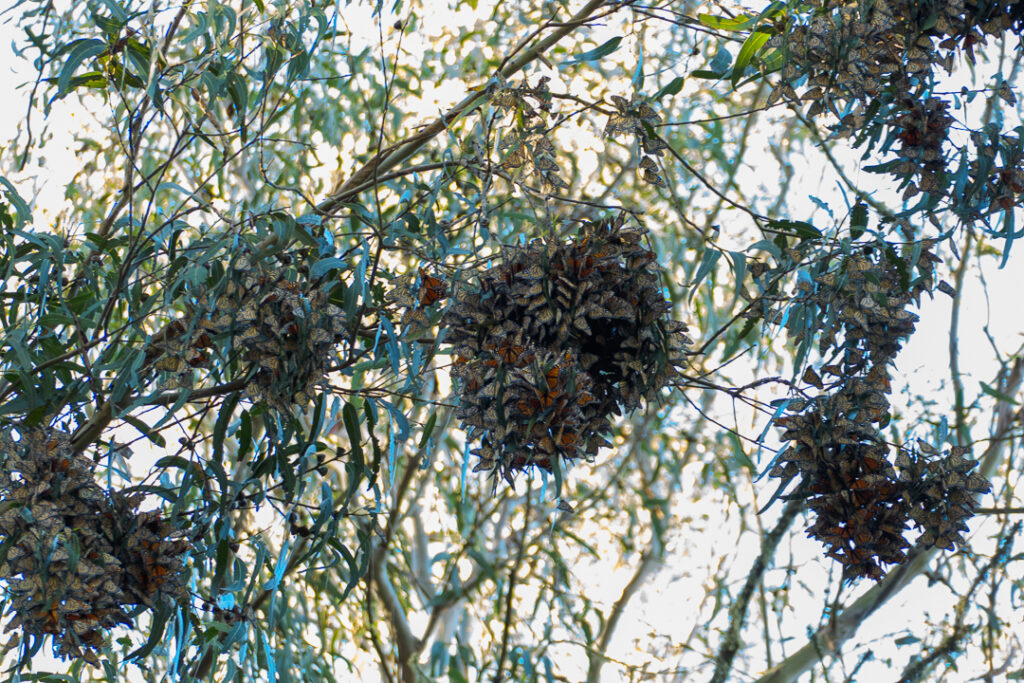 It was nice having my big camera again!

We decided to go back to the car via the beach instead of retracing our steps, so we got to see the remaining natural bridge. 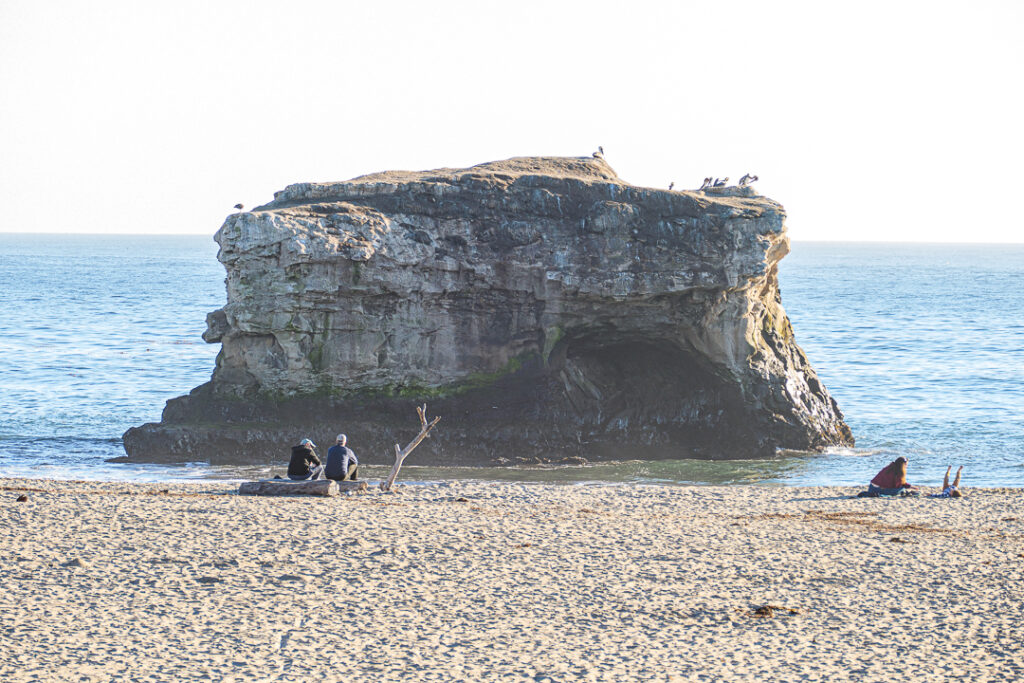 We walked up to West Cliff Drive; it was far less busy than it is on a summer day, but there were still people enjoying the late afternoon. 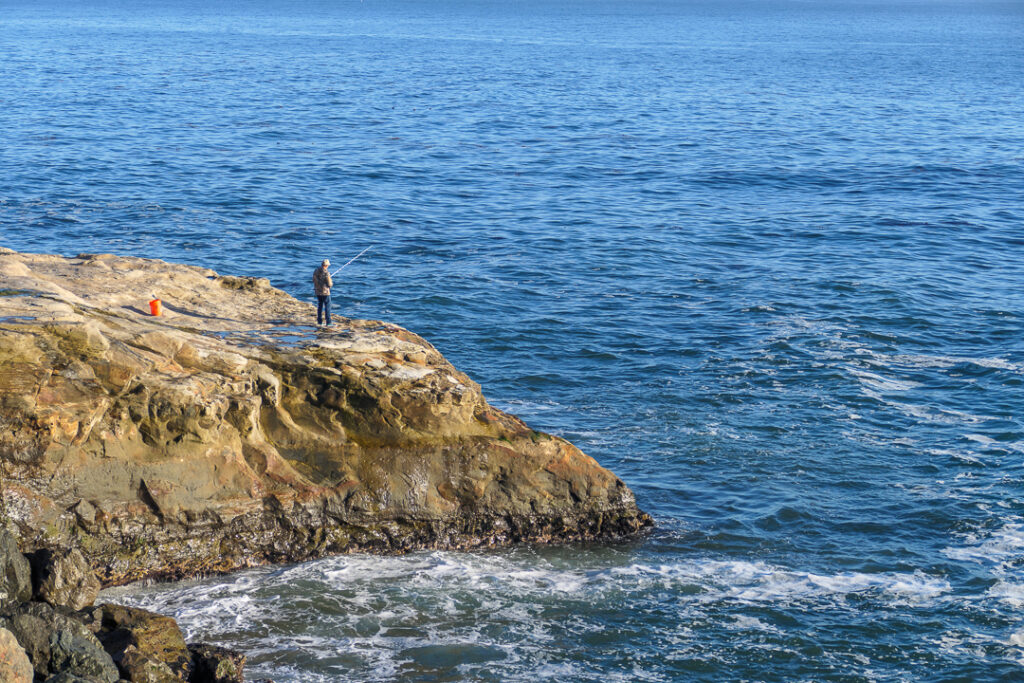 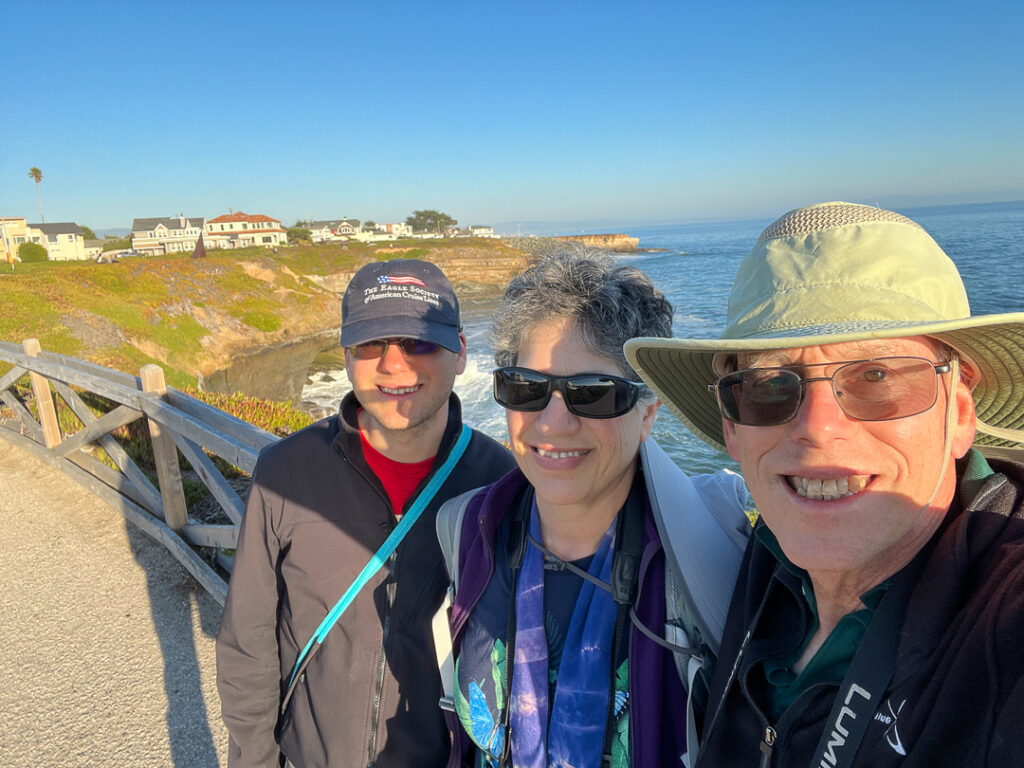 And of course, there’s public art. 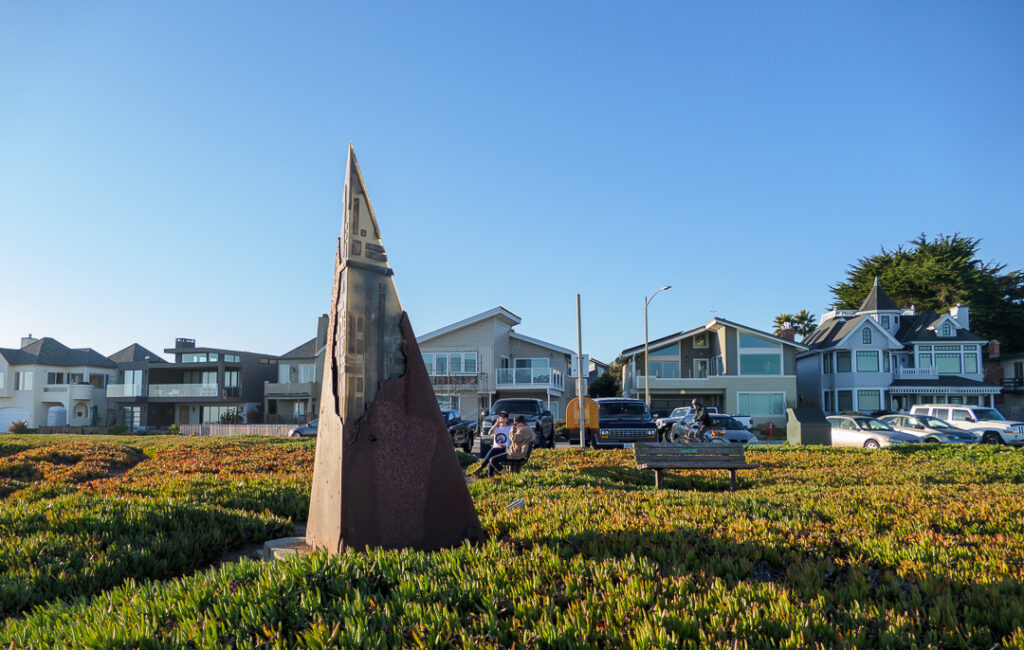 We had thought about walking down West Cliff to the Lighthouse Field State Beach and more monarchs, but it would have been too late to see much by the time we got there, so we turned at Swift Street and returned to the car. The traffic in Santa Cruz was very slow – I was actually relieved to get onto Highway 17 for the trip home.