This morning, I woke up and decided that I was ready to go home, so I called United and changed my flight from Tuesday to Monday. I’m enjoying Hong Kong, but the heat and humidity are getting to me; also, I’d be hanging around by myself on Monday (unlike the past couple of days, when I’ve had friends to travel with). And finally, the Fortune Global Forum starts Tuesday at the Convention Centre; some of the guests include Bill Clinton and the President of China, Jiang Zemin. Protests are expected, and my hotel is conveniently located between the protest area and the conference centre. While I’m sure the protests would be educational, I think I can do without learning what tear gas smells like, so I’m bailing out in the morning.

But today, I still had more sightseeing to do — this time with yet another colleague from IBM. He hadn’t been to Kowloon, so we hopped the Star Ferry to the dock at Tsim Sha Tsui. On the way over, I saw a bunch of people in yellow T-shirts.

Yellow, of course, is the colour of the Falun Gong, who are proscribed in China, hassled in Macau, and more or less tolerated in Hong Kong — but they aren’t going to be allowed to protest at the Global Forum; instead, they’re being kept across the harbour in Tsim Sha Tsui. So I put one and one together and figured I was seeing a Falun Gong demonstration in progress.

I was wrong; it turned out that the people in yellow were there for the the Hong Kong Law Enforcement Torch Run on behalf of the Special Olympics. But there were people giving out information about Falun Gong at the Star Ferry dock, and it didn’t look like the police were paying any special attention to them. 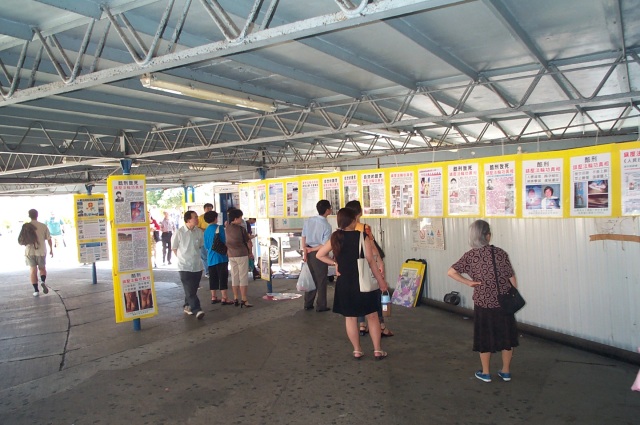 After our near brush with politics, we turned our attention to the view of Hong Kong island; it was a bright and sunny day, and the view was stunning.

I could even see my hotel (the building just to the left of the really tall building) and the Convention Centre (the low building towards the left, projecting into the harbour). 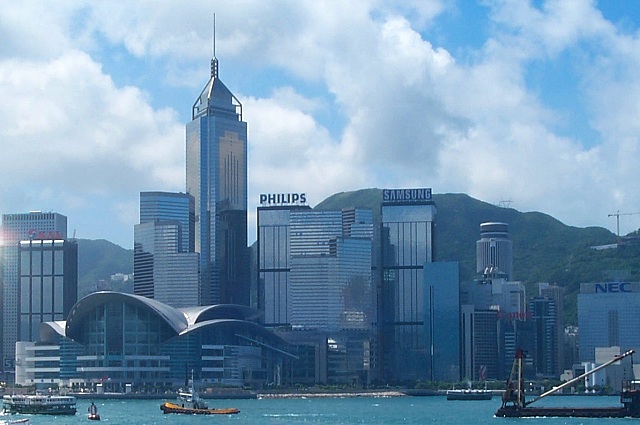 We wandered around for a while and eventually had lunch at Harbour City (it was air conditioned, which was very important at that point in the afternoon!), then took the Star Ferry back to Hong Kong side; I couldn’t resist taking one last shot of the Convention Centre and my hotel.

Then my friend took off for the south side of Hong Kong, but I was wiped and decided to go back to my room and cool off. Here’s what the Star Ferry and dock looked from the 36th floor. 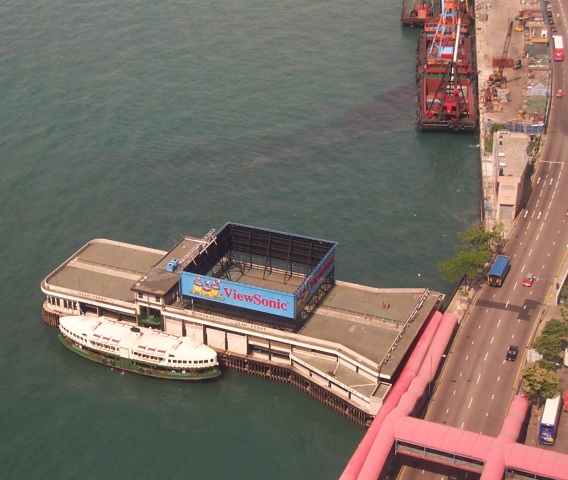 After cooling off for a while, I decided to make one last shopping trip, this time to Times Square, a less-touristy spot at Causeway Bay. Like the Times Square in New York, there’s a Jumbotron to entertain the crowds. 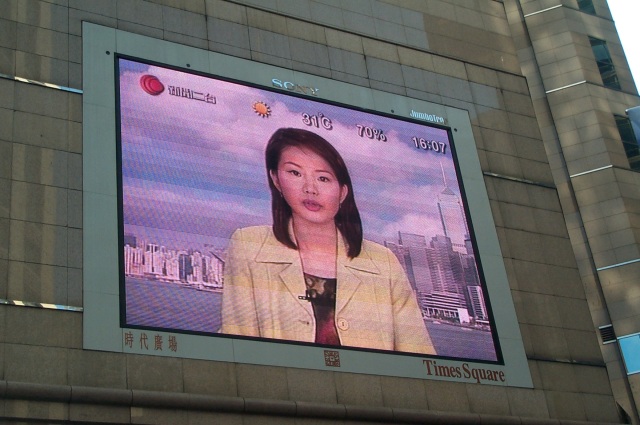 I think this Times Square has more shopping opportunities than the one in New York; I poked around for a while, but the sheer magnitude of the place defeated me. The 9th floor, with ten or fifteen different electronics places, truly impressed me. Anyone who thinks Americans like to shop has never been to Hong Kong.

And now this American has to pack. I have resisted the temptation to buy another suitcase; it’s time to find out if that was a wise decision or not.