Even before we docked at Balboa Port, we could see the ships waiting at sea for their turn to cross the Panama Canal. 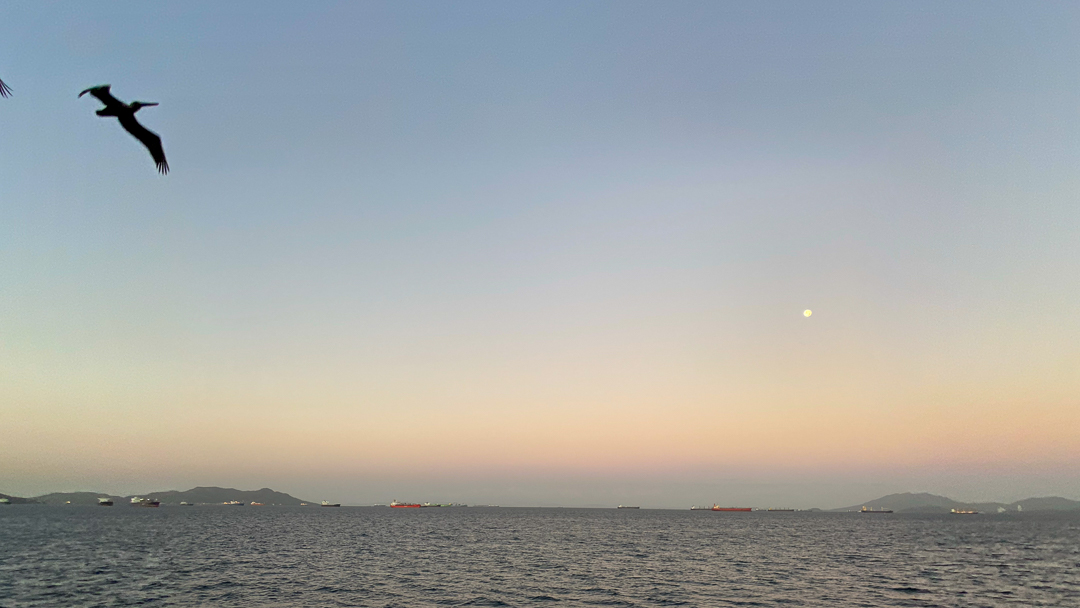 Our morning tour took us to the BioMuseo and the Smithsonian Tropical Research Institute Punta Culebra Nature Center, both located on the Amador Causeway in the former Canal Zone, just a few minutes from our docking spot. As we drove there, we passed what I thought was a parking lot – the cars and trucks there were waiting for drivers to take them across the Isthmus because it was cheaper to unload them, have someone drive them across, and put them back on a ship than to pay the freight to send them through the canal! I wonder if the odometers get reset?

The BioMuseo was designed by Frank Gehry – inside, we learned about Panama’s natural history and its amazingly diverse wildlife. 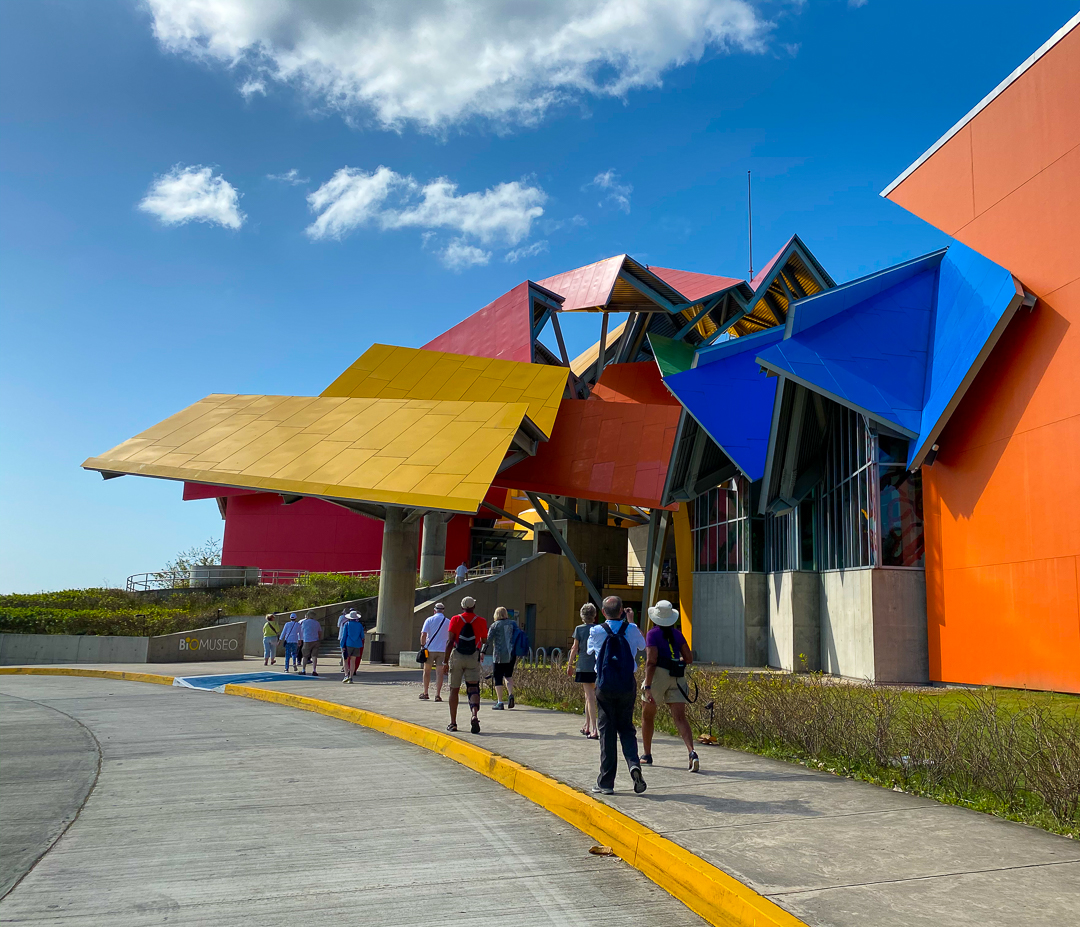 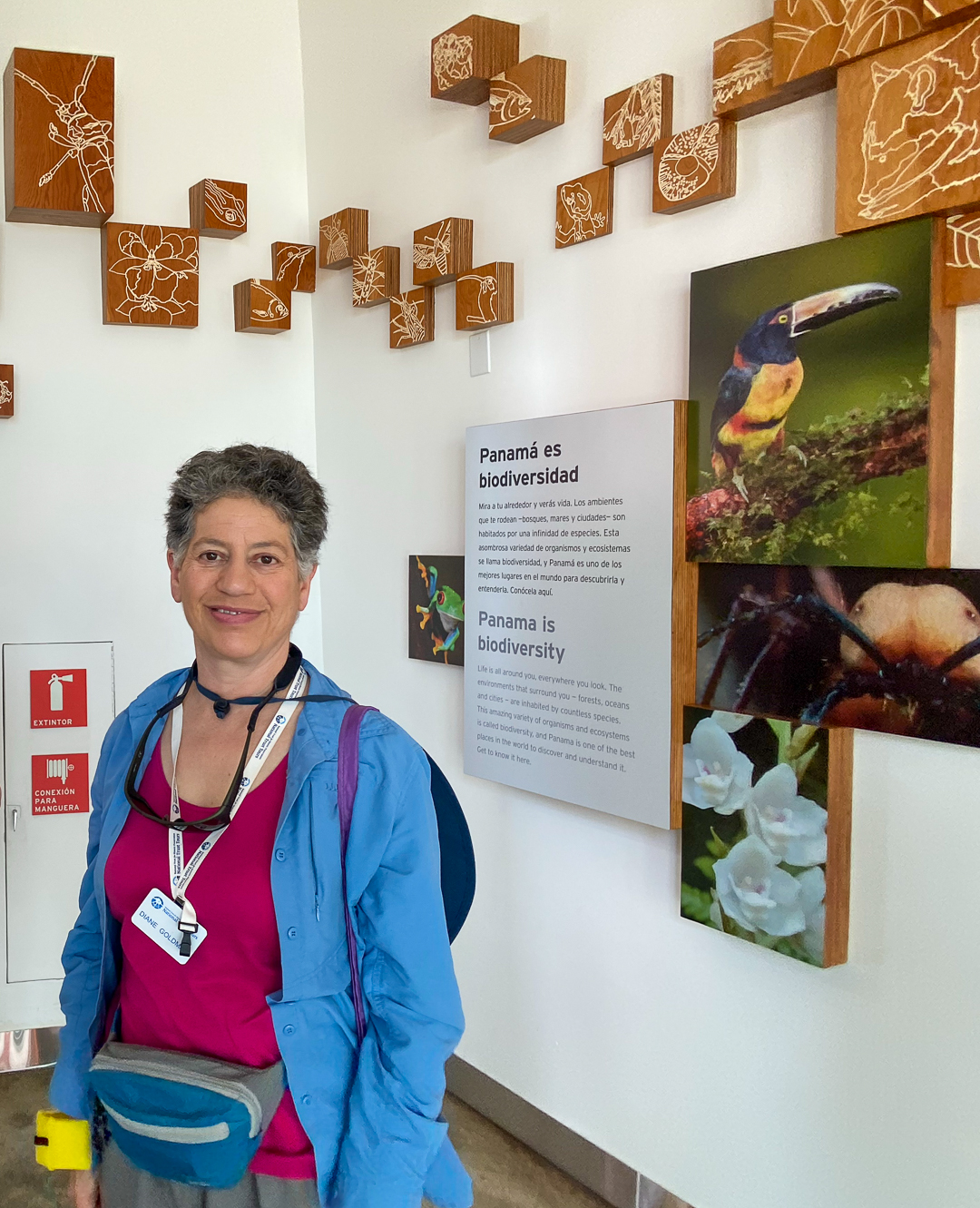 The best part of the BioMuseo was spending time in the gardens outside, seeing the biodiversity in the real world. 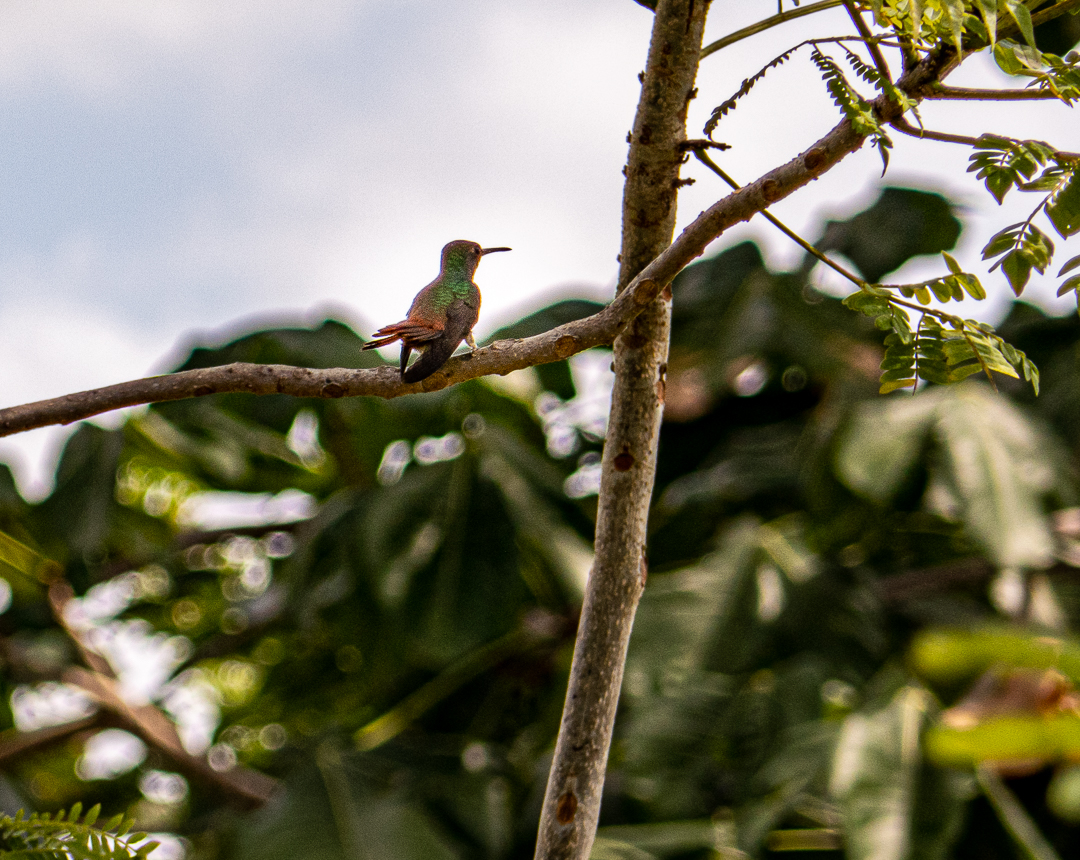 And we couldn’t forget why we were in Panama – to explore connections, like the Bridge of the Americas, which connects North and South America over the Panama Canal, which connects the Atlantic and Paciifc Oceans. 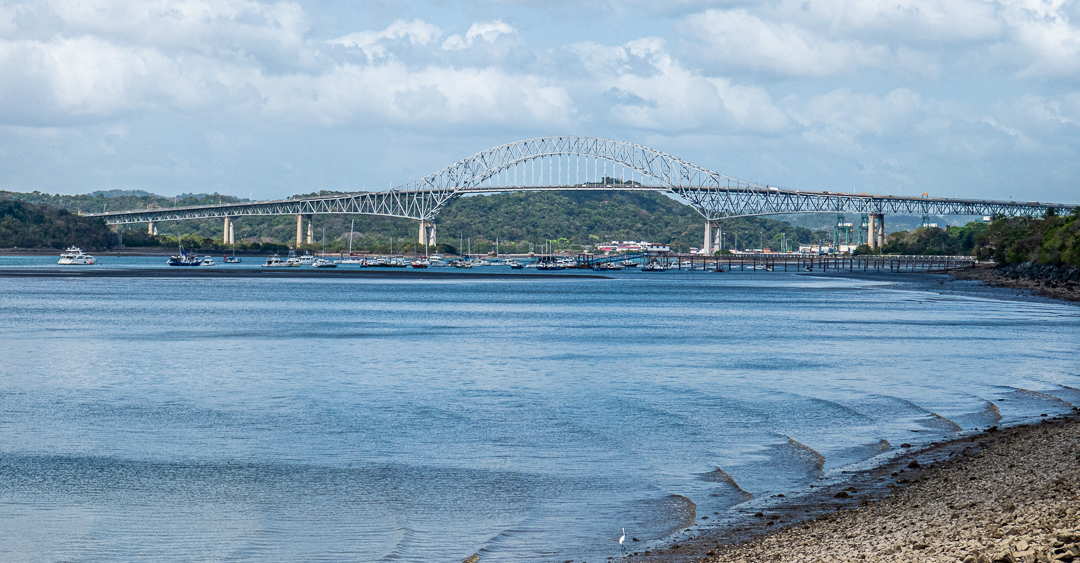 We got back on the bus and drove to the Nature Center – the Smithsonian was one of the groups on the tour, and the Director of STRI was one of the expert lecturers, so we were treated very well indeed!

We could see the remains of the old quarantine station (for yellow fever) just offshore. 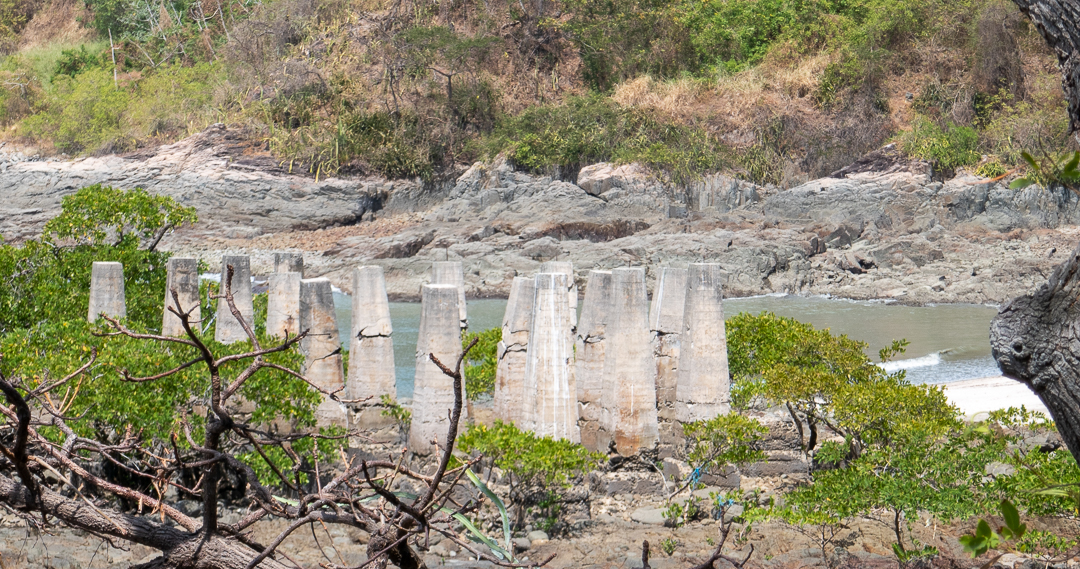 When Noriega was the dictator of Panama, he used the aquarium here as a lounge – the bar is still here (but there was no beer to be had on the day we visited). 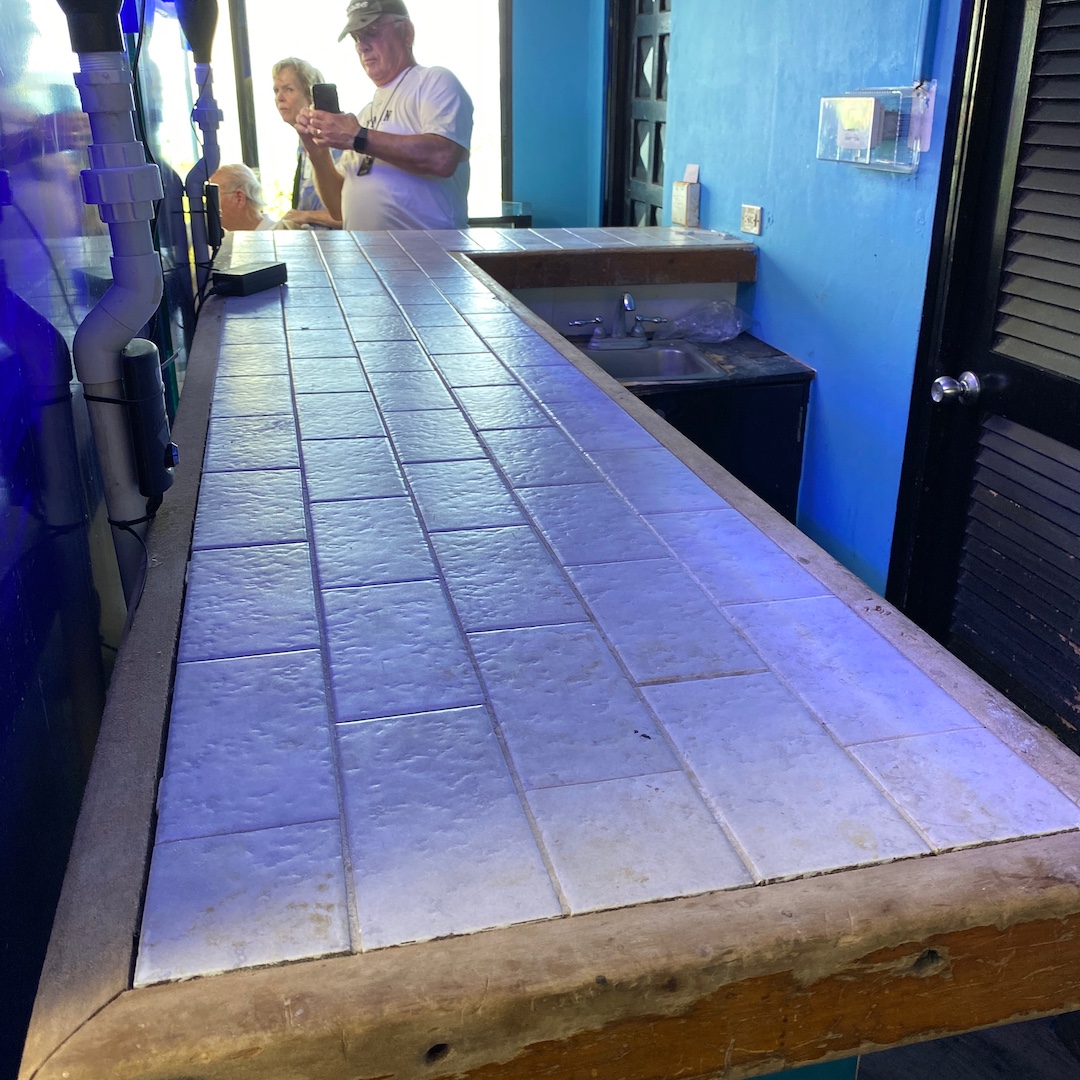 And of course, there was nature in profusion, like two-toed sloths 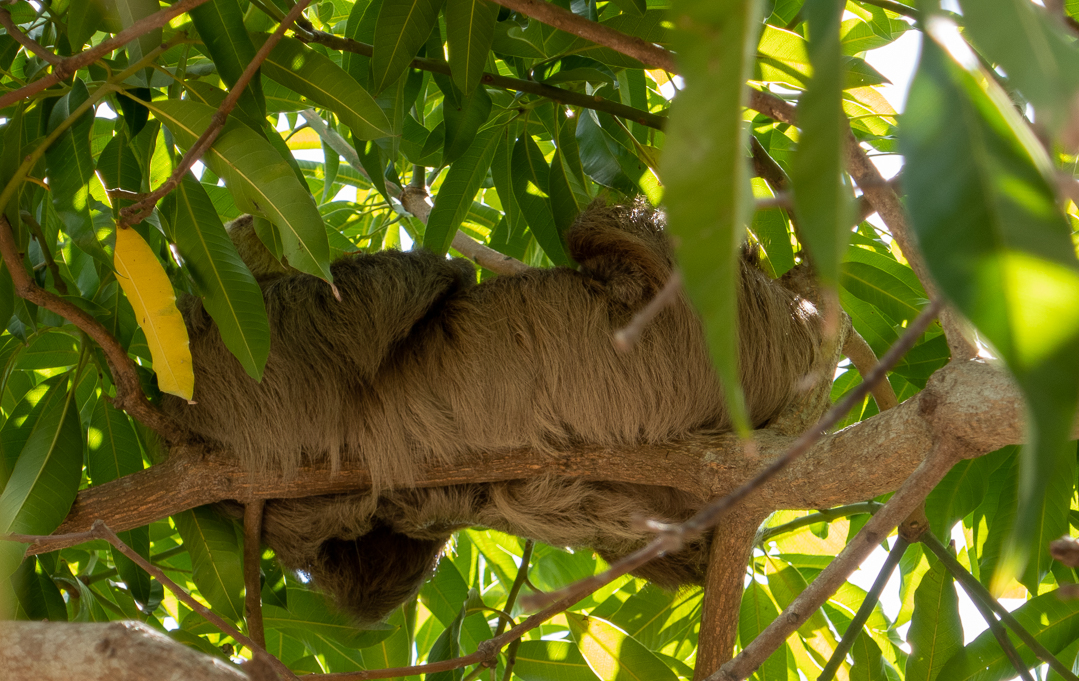 and a beautiful bird 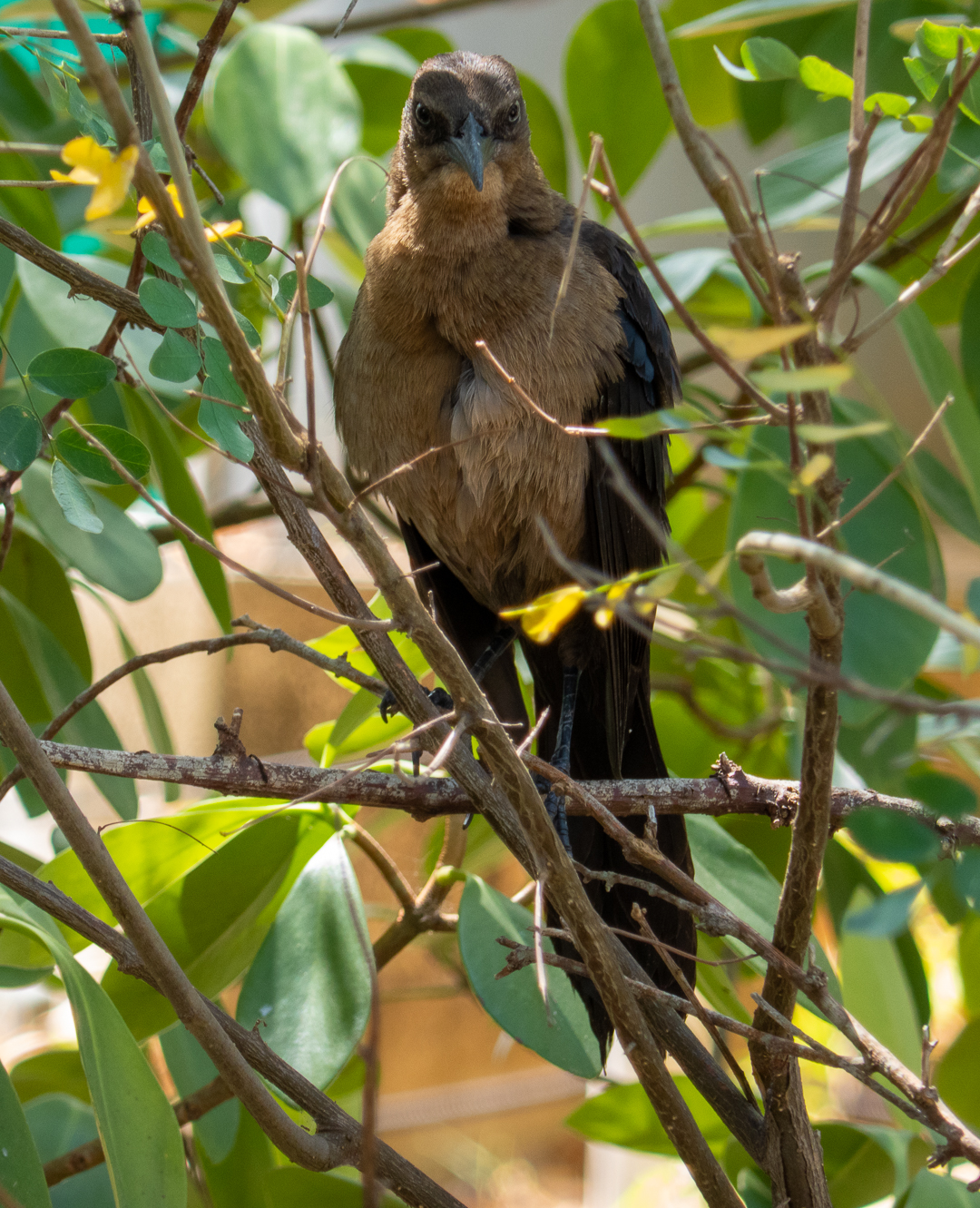 and sea stars and sea cucumbers

and one BIG iguana! 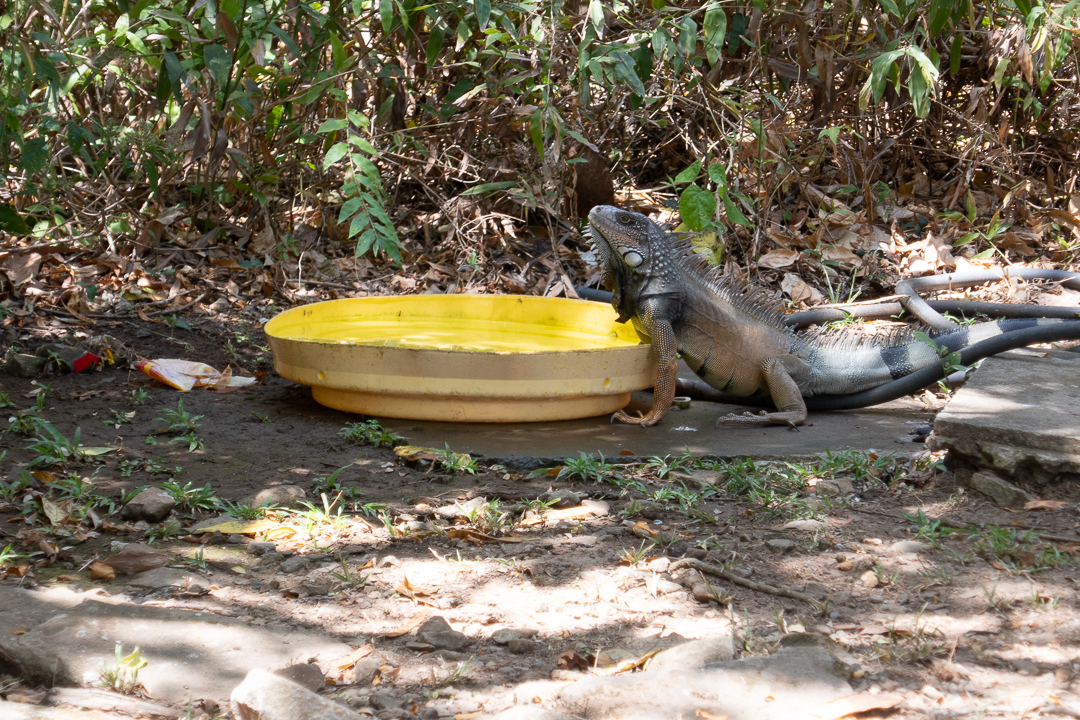 After lunch on the ship, we returned to the bus for a walking and shopping tour of the old city. John Meffert from the National Trust was our leader – we’ve traveled with John many times (in fact, we chose this trip because he was going to be the Trust’s leader), so we knew we were in good hands.

There’s a lot of construction going on in the old city – gentrification in some places, just maintenance in others. 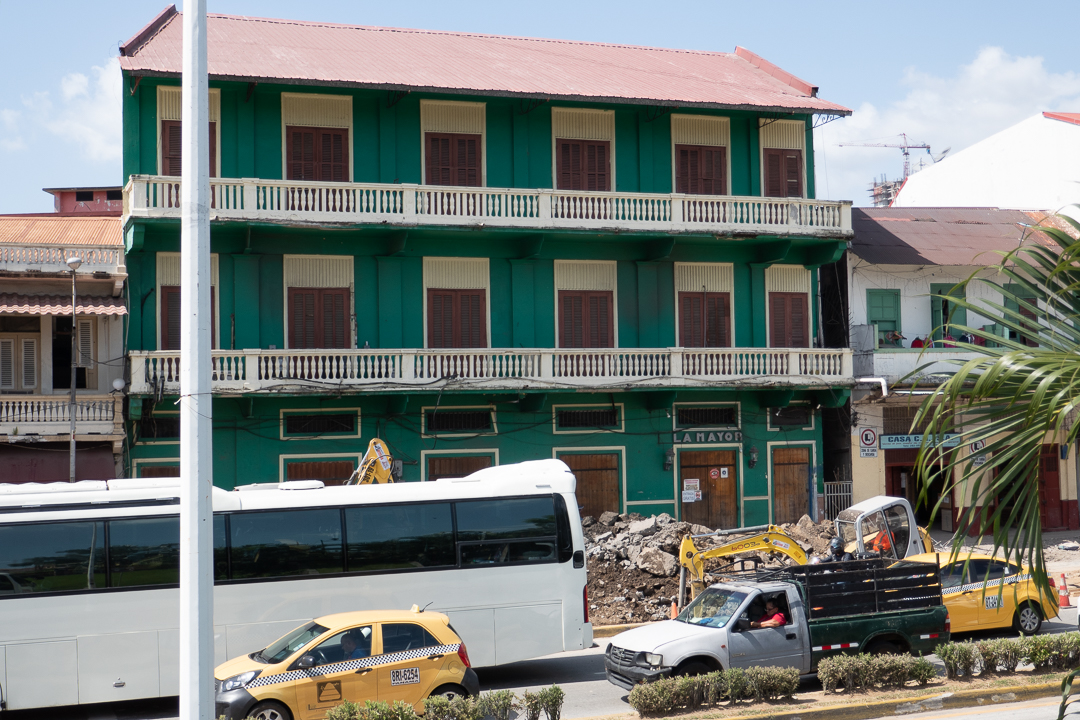 John pointed out the sign offering “free entry” at the front of La Mayor – and explained that it was a brothel. Entry might be free, but…. 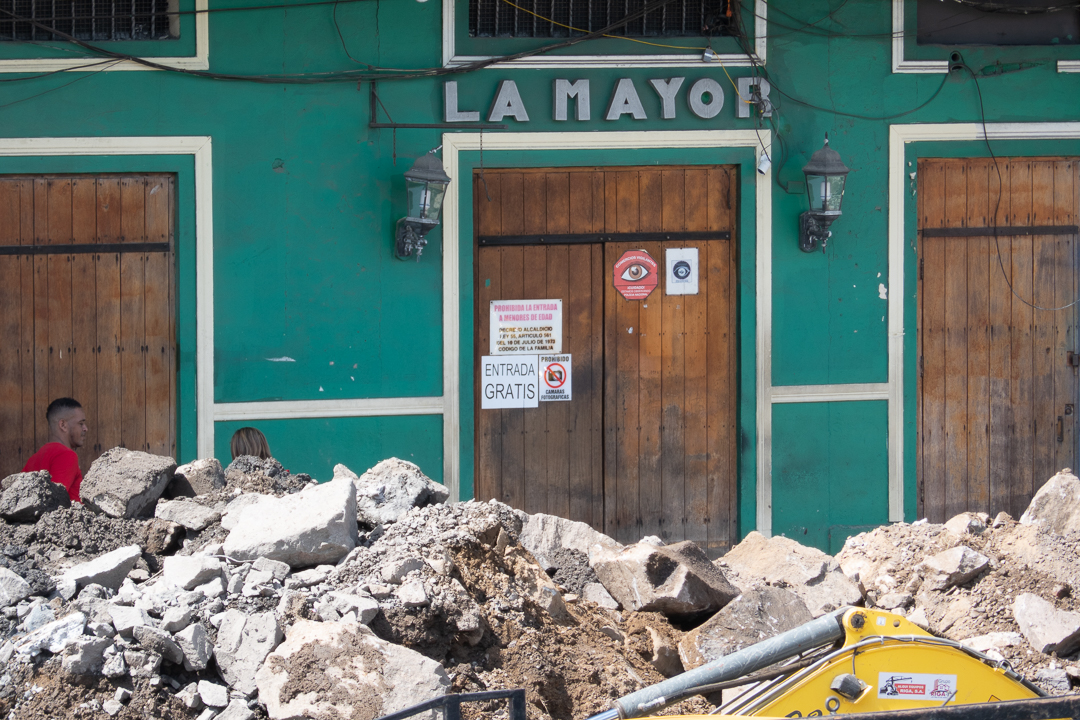 We continued on to the Church of the Sisters of Mercy. 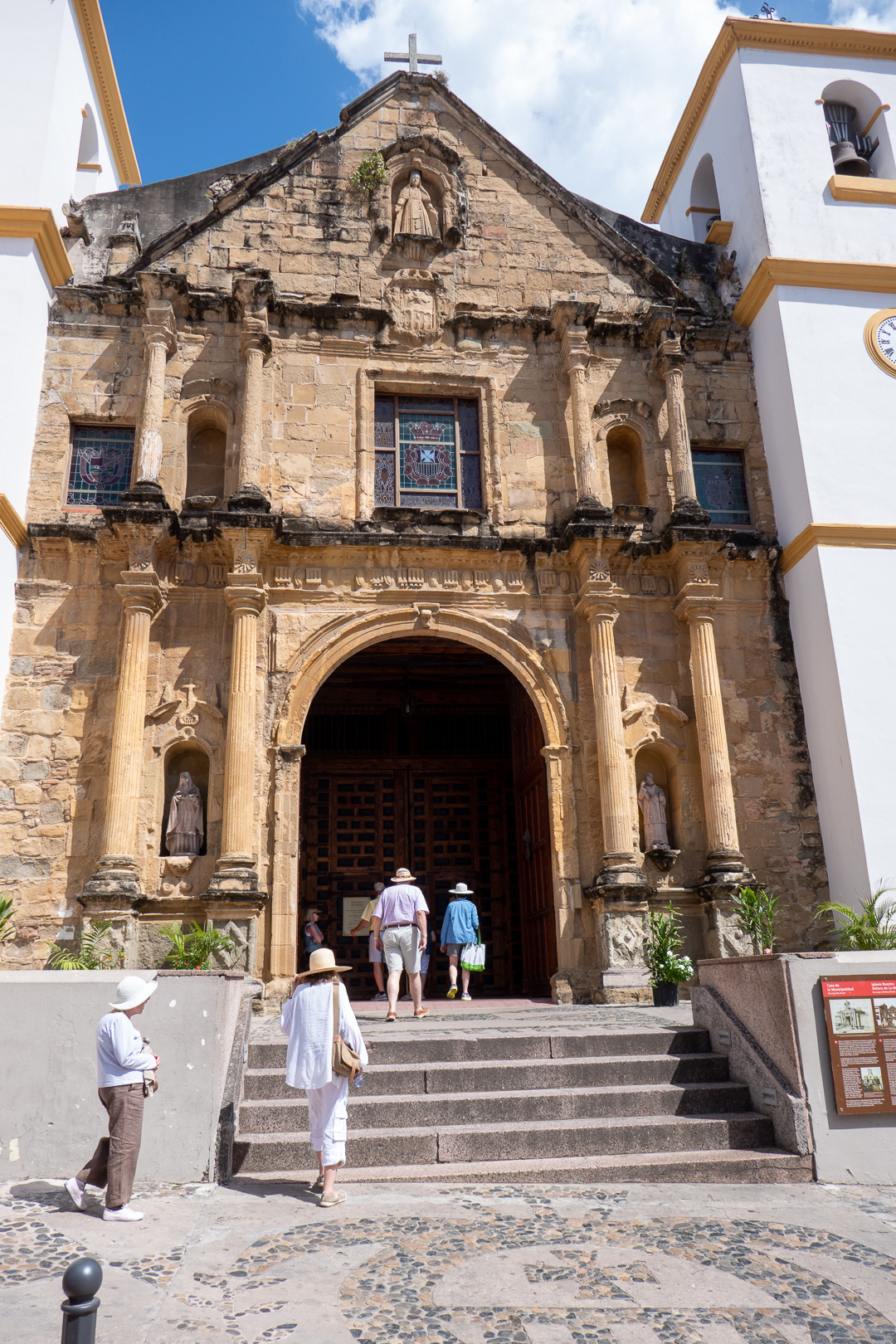 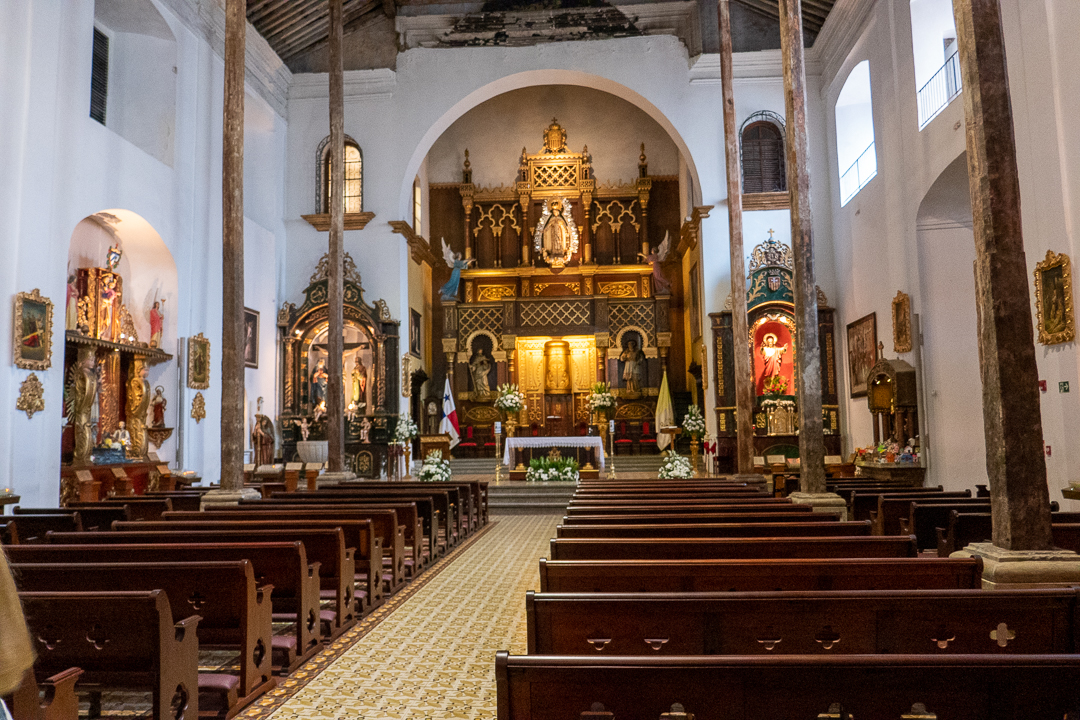 There’s an altar to Saint Hedwig inside – Panamaians pray for her intercession in their housing needs, and when their prayers are answered, they place a minature house on her altar. She must be good at interceding! 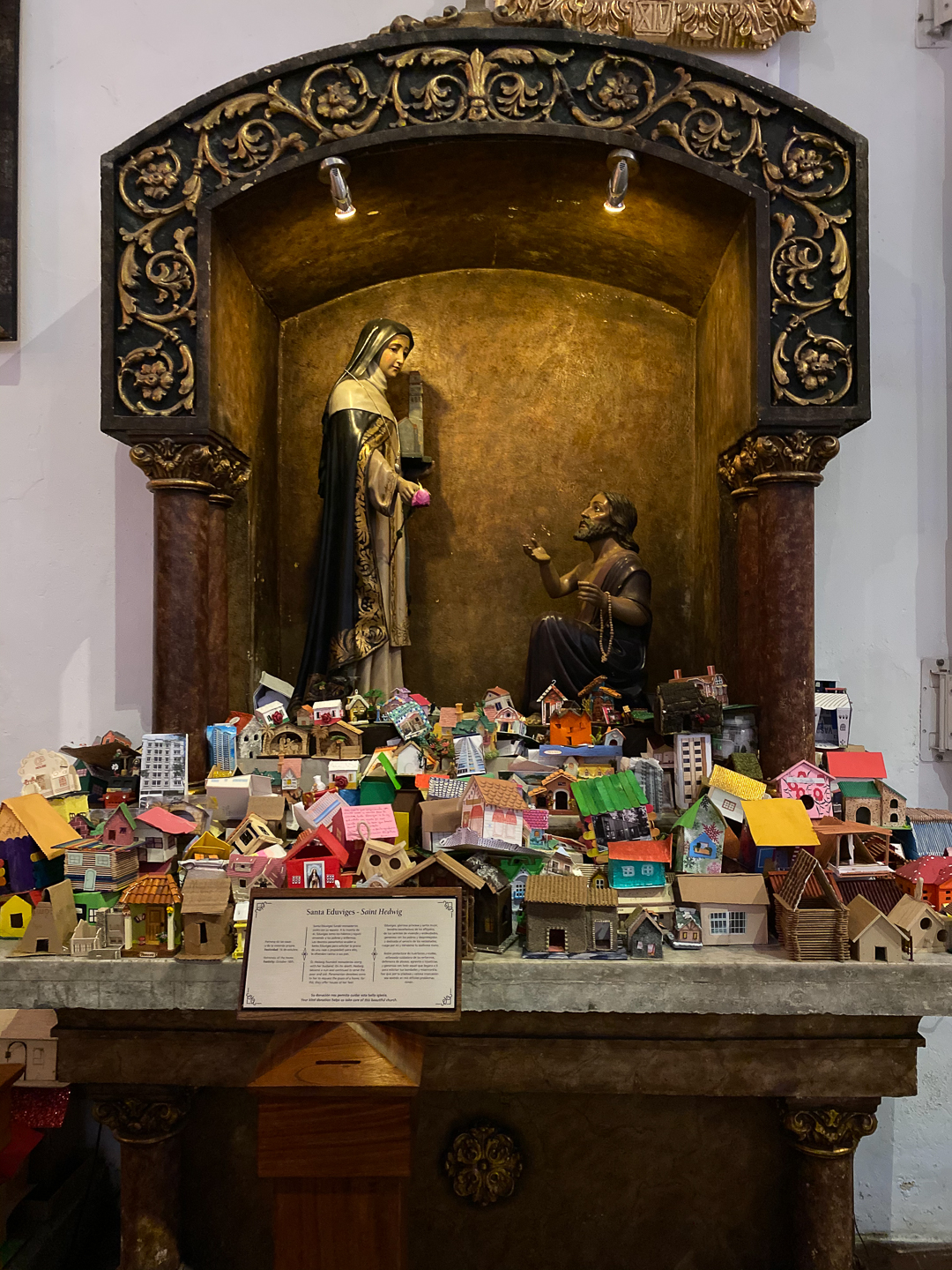 Gentrification and renovation are happening at a brisk pace, so you can see the new and the rather old side-by-side.

We stopped at Mosaico chocolate shop, which occupies the building which was the home of TomÃ¡s Arias, one of the founders of the Republic of Panama. The chocolate was excellent.

We wandered around the old city for a few more hours; many people, including Diane, bought Panama hats, but I didn’t need one – they’re actually made in Ecuador, and I’d bought one there in 2018.

We returned to the ship for trivia, dinner, and a show (“Frida”, about Frida Kahlo, told through dance and song). The docks stayed busy with ships making Canal transits; we would join them tomorrow.