I drew heavily on my stock of travel karma this morning. When I called the bell desk to arrange airport transportation, they said it might take as much as 30 minutes to get someone, which didn’t thrill me. But I thought I’d give them a chance before calling for a Lyft, so we headed downstairs.

I expected to have to wait the usual several minutes for the elevator (the Francis Marion is a nice hotel but the elevators leave much to be desired), but there was one waiting for us – and we didn’t have to stop before reaching the lobby. We had to take the stairs the half-flight to the exit because that elevator was broken, but it wasn’t a big deal. And when I found the bellman, he said that the shuttle was ready – we were at the airport and checked in at least ten minutes earlier than I would have believed remotely possible.

This was our first flight on Breeze; we’d sprung for the “Nicer” fare, so we had lots of legroom and overhead bin space. There was even plenty of space under the seats in front of us – so much that I didn’t have to put my backpack in the overhead. The flight left on time and got to Richmond early, too.

And then I ran out of my day’s supply of karma. The first hint came at baggage claim – the belt started moving and then stopped with a loud bang. Twice. Then an agent came out and said they were having belt problems and to move to the next belt, which did work.

Hertz offers “Ultimate Choice” in Richmond, which means we didn’t have a pre-assigned car and could choose from any of the four cars in a certain area. I wanted the Mazda CX-30 until I discovered it didn’t have CarPlay (or at least it didn’t seem to have it), so I went with a Chevy Malibu, which seems to be OK. But when I drove to the exit booth to get my contract, no one was there – there was a hand-printed sign saying “Bathroom Break, back soon”. By the time someone came to the booth, there were eight cars stacked up behind me!

Jeff’s flights were delayed, so we had to kill an hour or so, and then we were off to my brother’s house for Seder. It was a full table with four generations present. They’d gotten a new set of Maxwell House Haggadot for this year – using the original translation, which was awfully dated and hard to follow. But we persevered; dinner was delicious and it was great to see everyone in person.

Passover always begins with the full moon; it was nicely visible from their backyard. 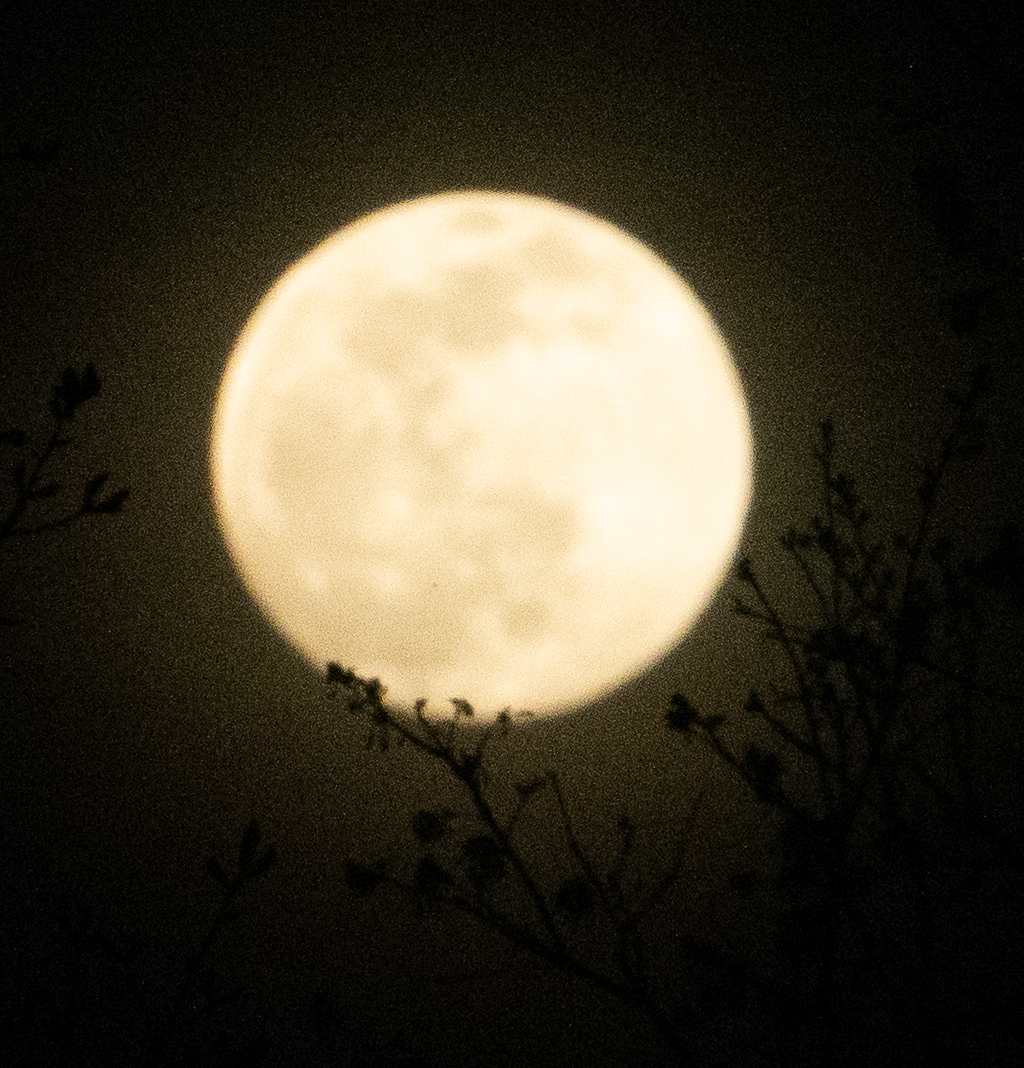 One thought on “It was a Breeze”