We did another Volksmarch today. This one was billed as the High Line Park, Greenwich Village, China Town, Little Italy Walk and it lived up to its description.

The walk started in front of Macy’s; we decided the event would give us plenty of walking, so we took the subway. It was very nice to be able to pay with a tap instead of having to guess how much to put on a MetroCard.

I was slightly alarmed by the first train that pulled up. 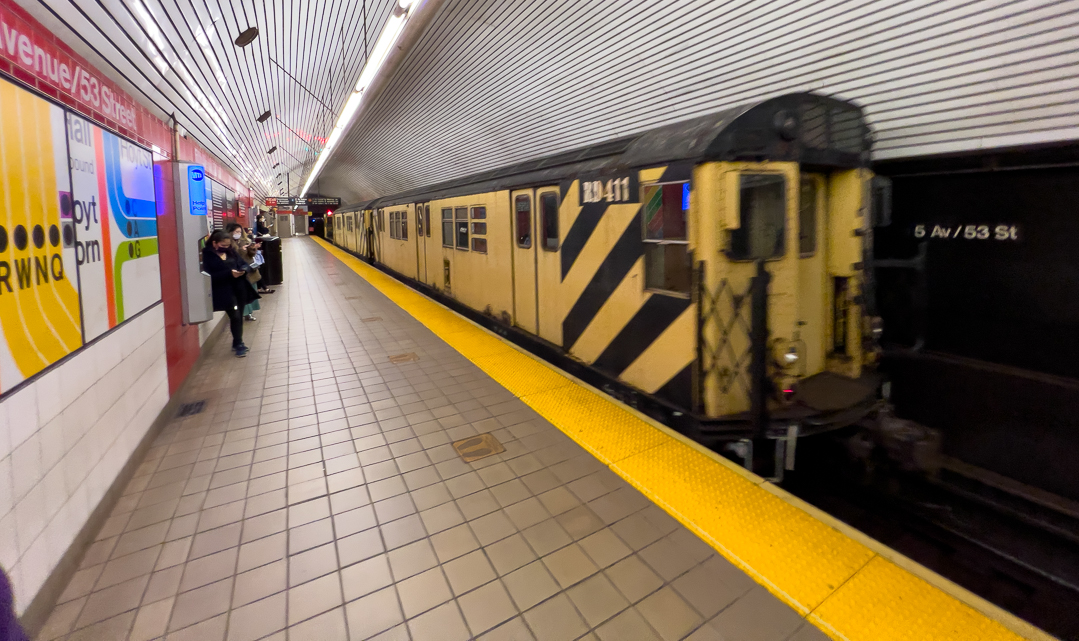 Our train arrived a minute or two later; it was quieter and far less crowded than I remember being typical on previous visits. We got off at Macy’s and headed West to enter the High Line at the northern end, 34th Street at 11th Avenue, only to find out that part of the walkway was closed and we’d have to walk down to 30th Street. 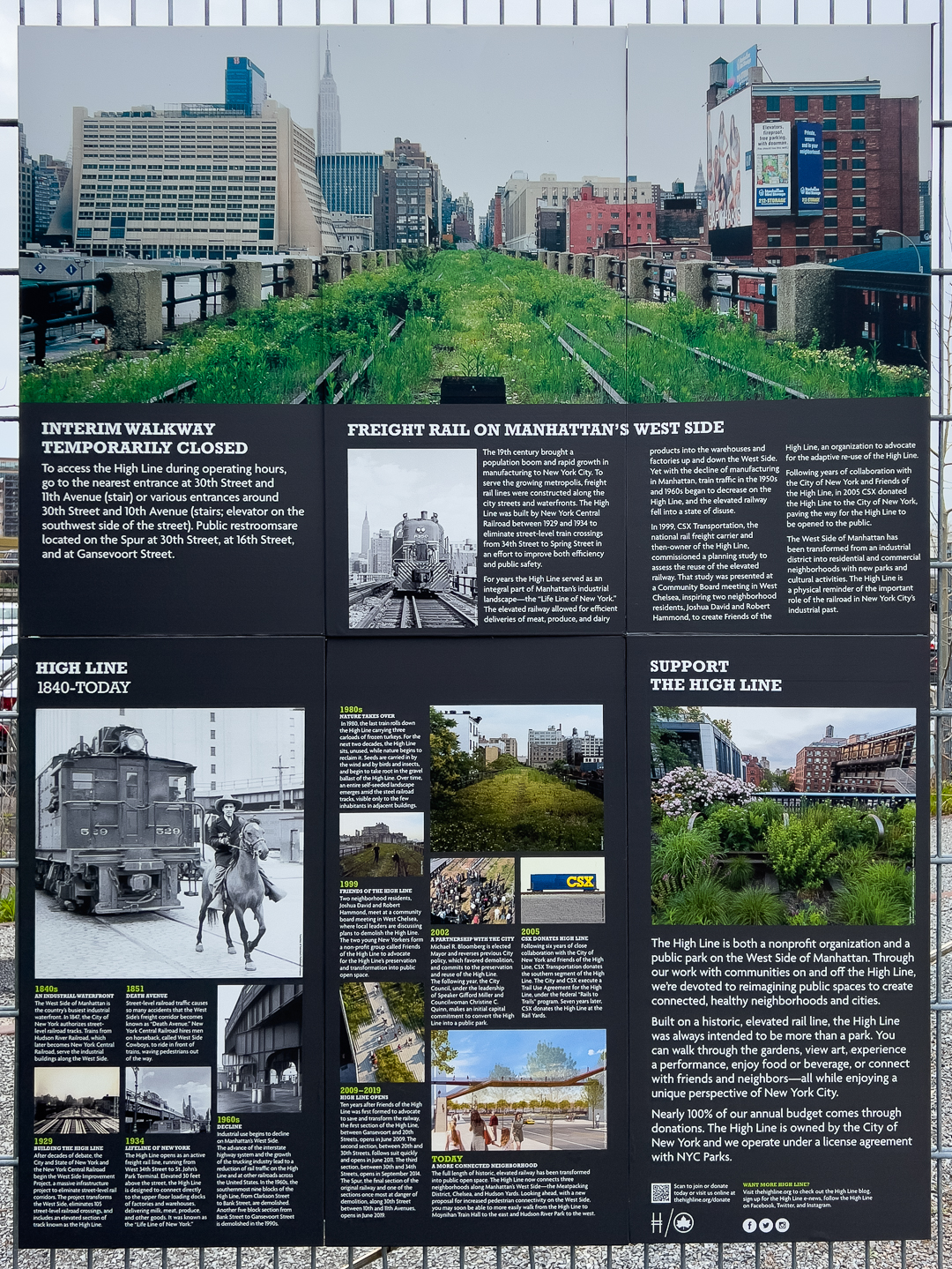 On our way, we got to see “The Vessel” outside Hudson Yards. 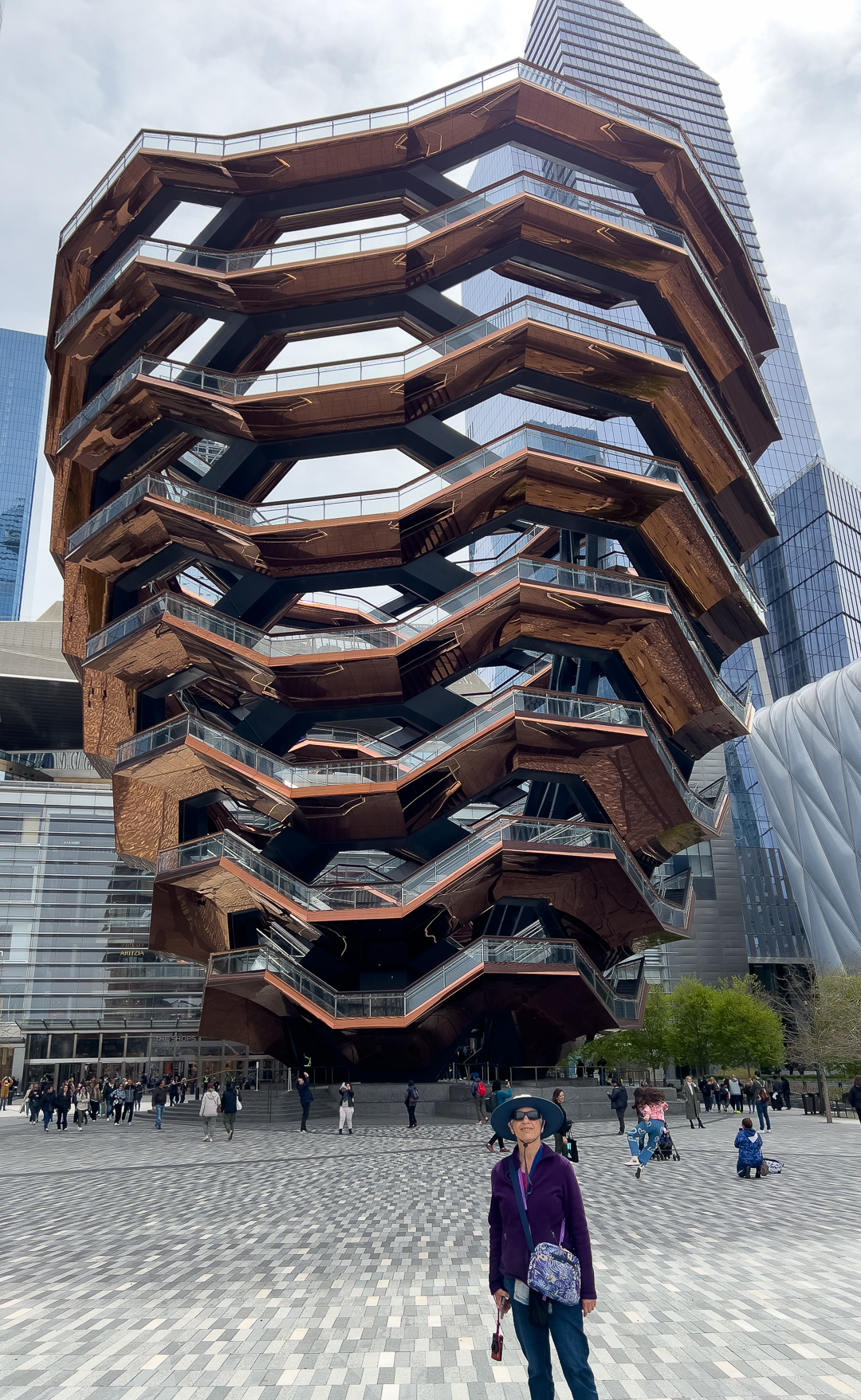 And then it was finally time to explore the High Line. I liked the way they’d put rails by the trail as a reminder of the history and had used them as an element in the garden design. 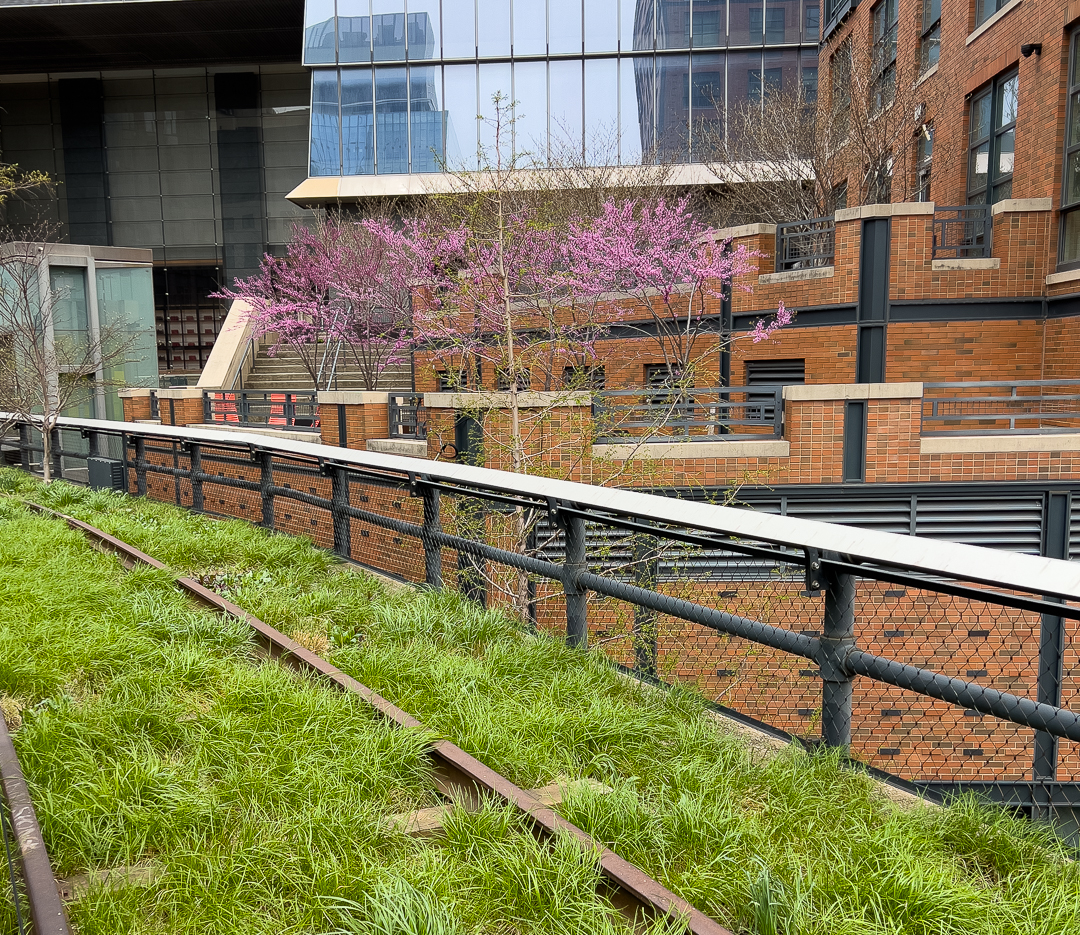 There are some George Rickey mobiles at 27th Street; they’re not the Chrinitoid from RPI, but I liked them anyway. 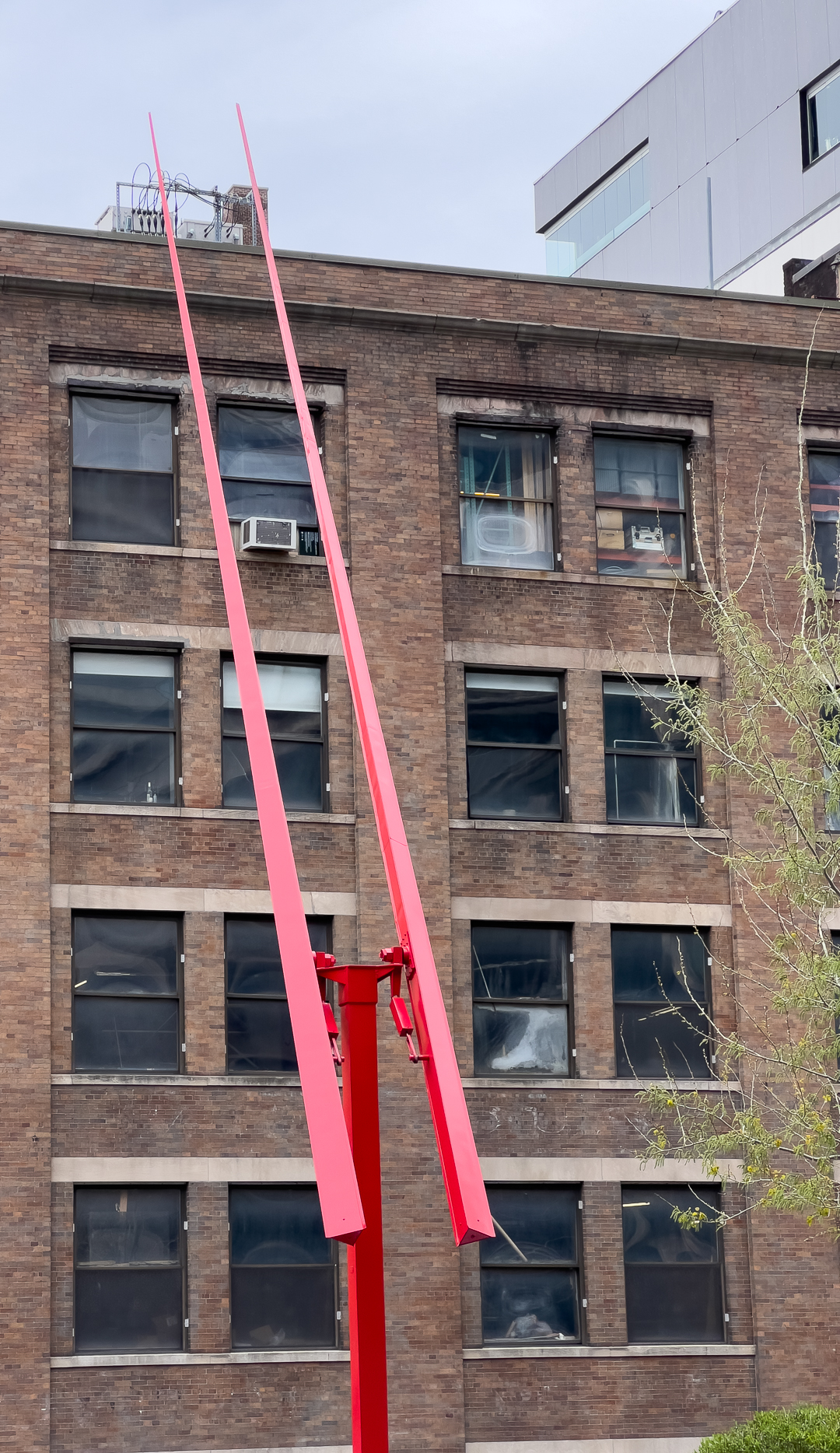 We walked the rest of the High Line, emerging in the Meatpacking District at Gansevoort Avenue, and continuing through the Village. We were getting hungry, and I found a likely-looking spot just before we reached 7th Avenue: Snack Taverna. As I was looking them up on Yelp, the manager came out and told us that they were Greek (I’d figured that out) and had been in business for 19 years. Normally, I’m unlikely to go into a restaurant where they come out to sell it, but we were hungry, Yelp had mostly favorable reviews, and we like Greek food. It was a good choice – I had lamb triangles and Diane had chicken boureki, both of which were very good. We chatted with the manager about the Volksmarch we were on and about The Music Man – he’d seen it twice and liked it both times, which was encouraging. 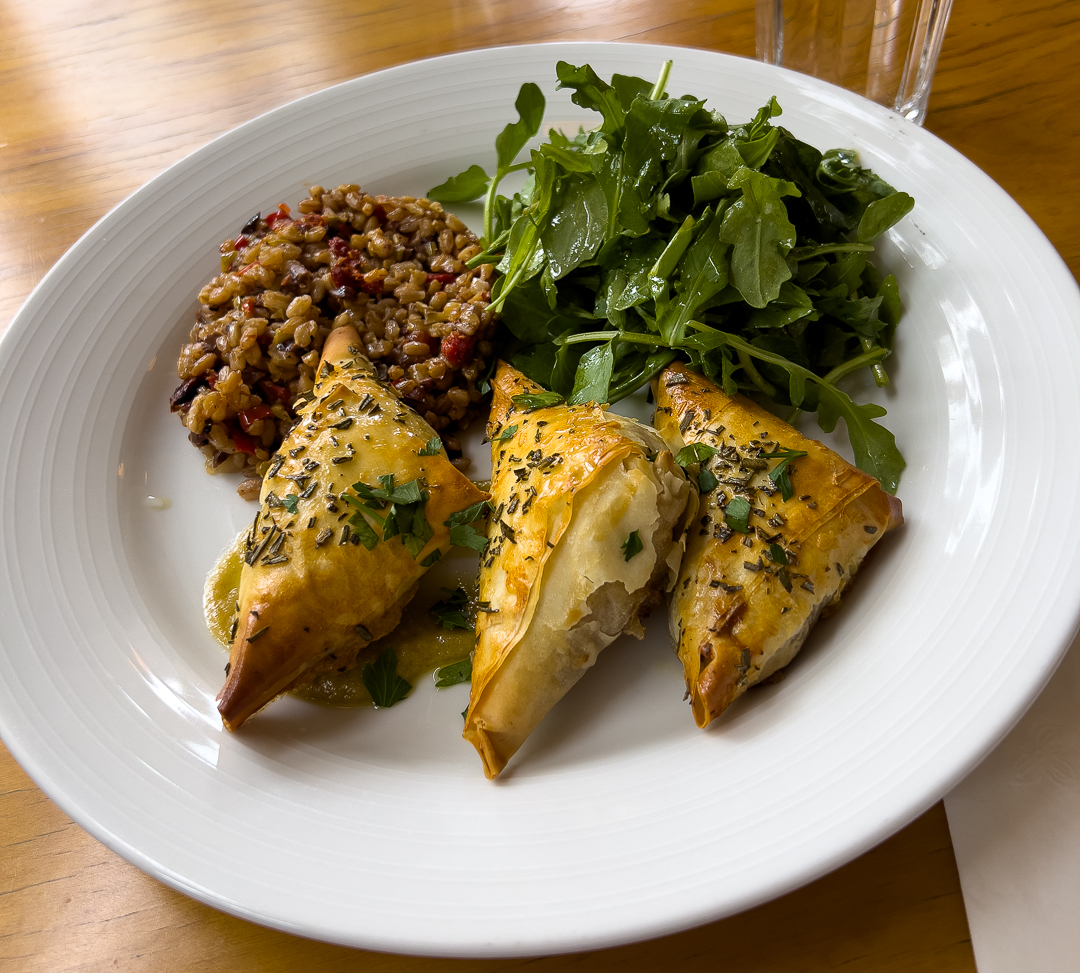 We left satisfied and continued the walk into SoHo, Chinatown, and Little Italy. The directions for the walk suggested stopping at La Bella Ferrara Bakery for a delicious treat, so we did. 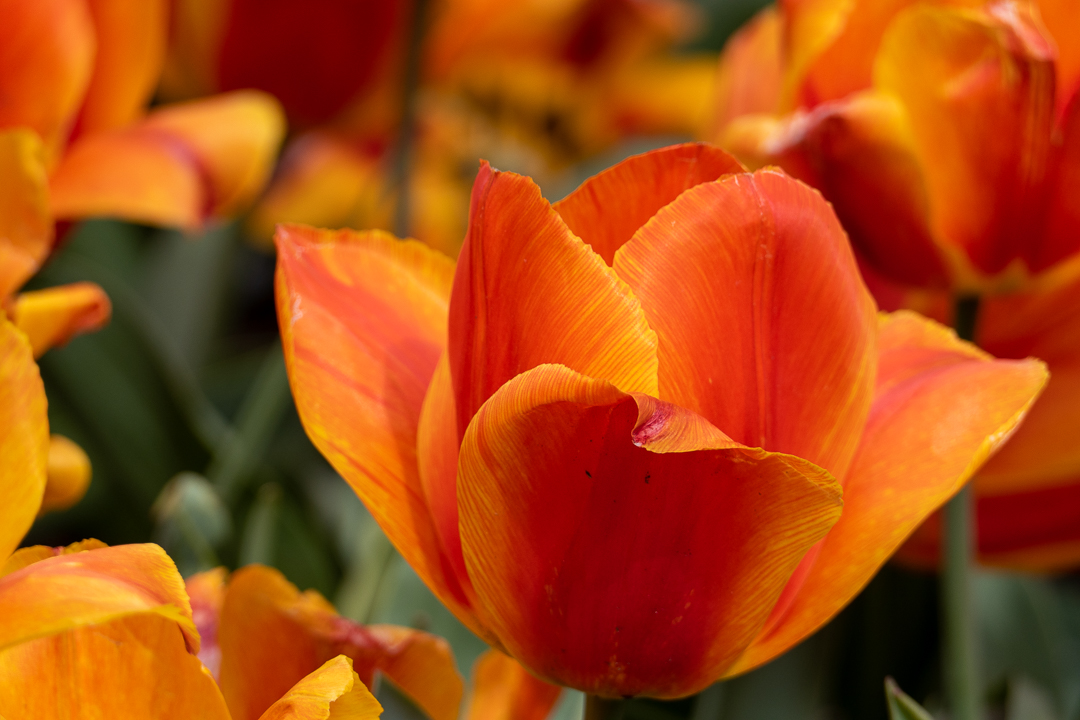 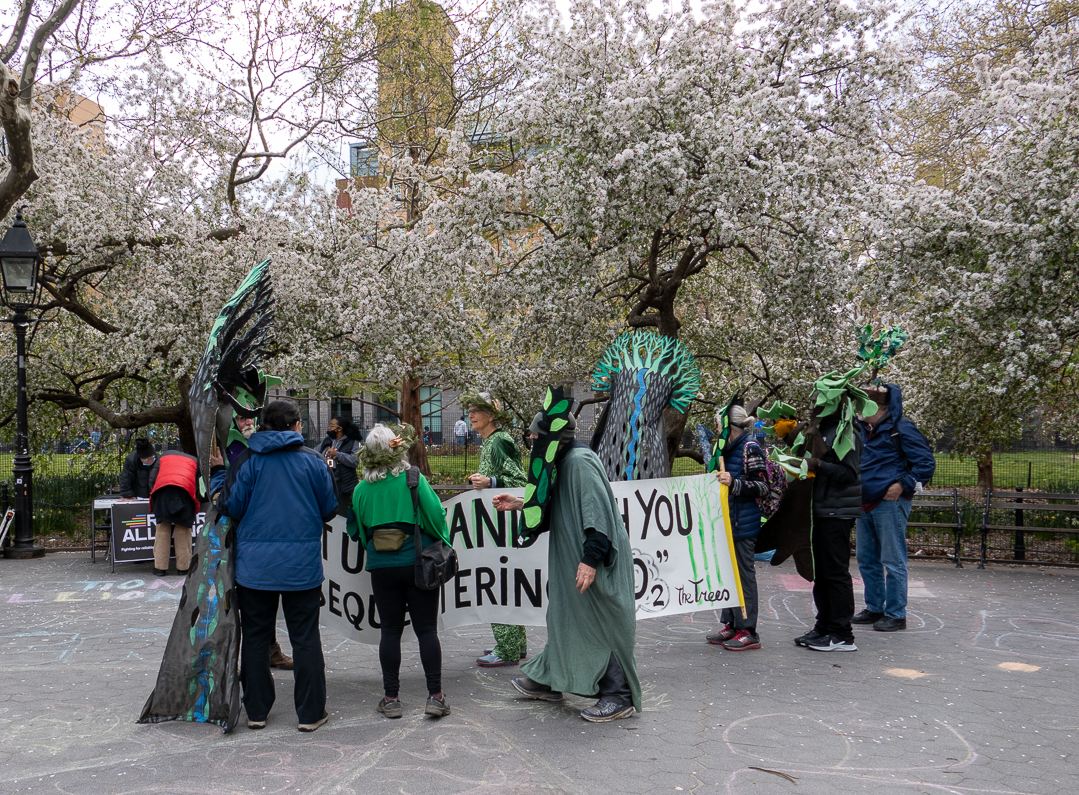 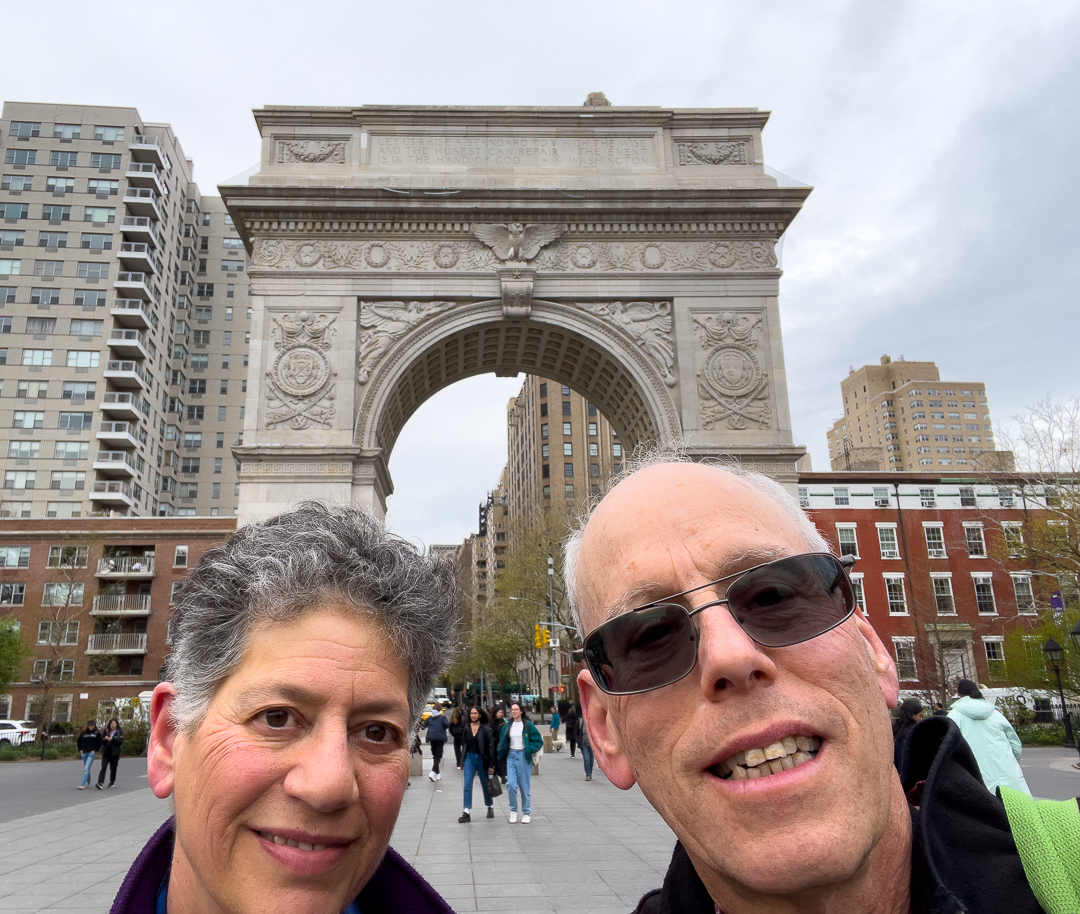 We walked up Broadway to Union Square for some more statues and flowers. 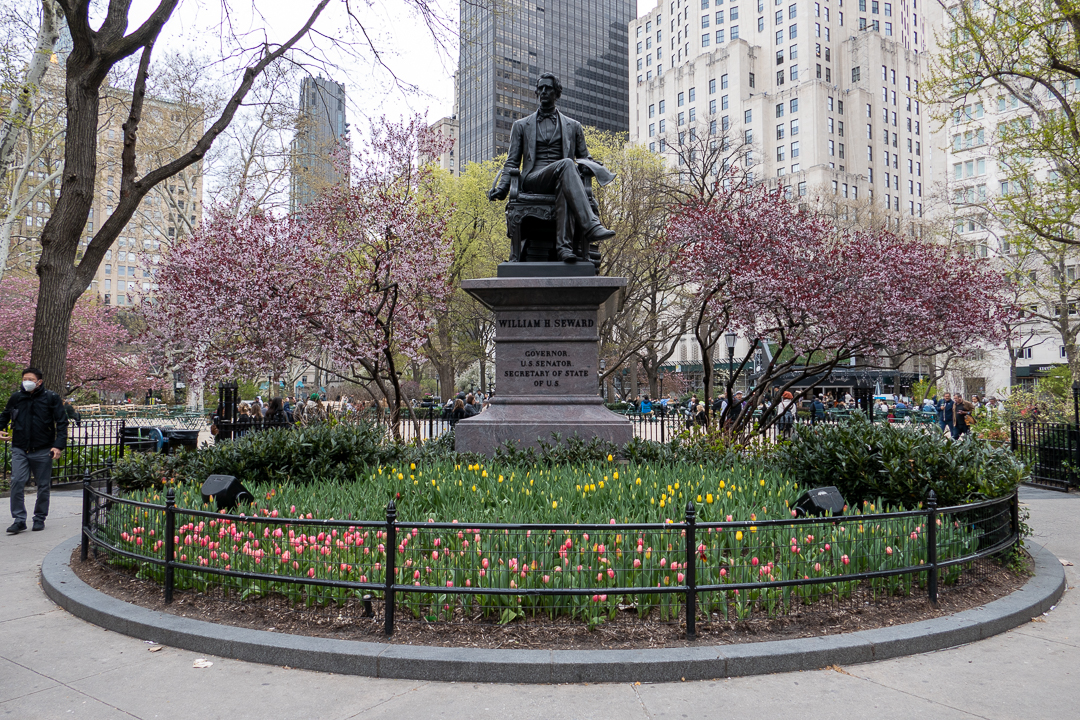 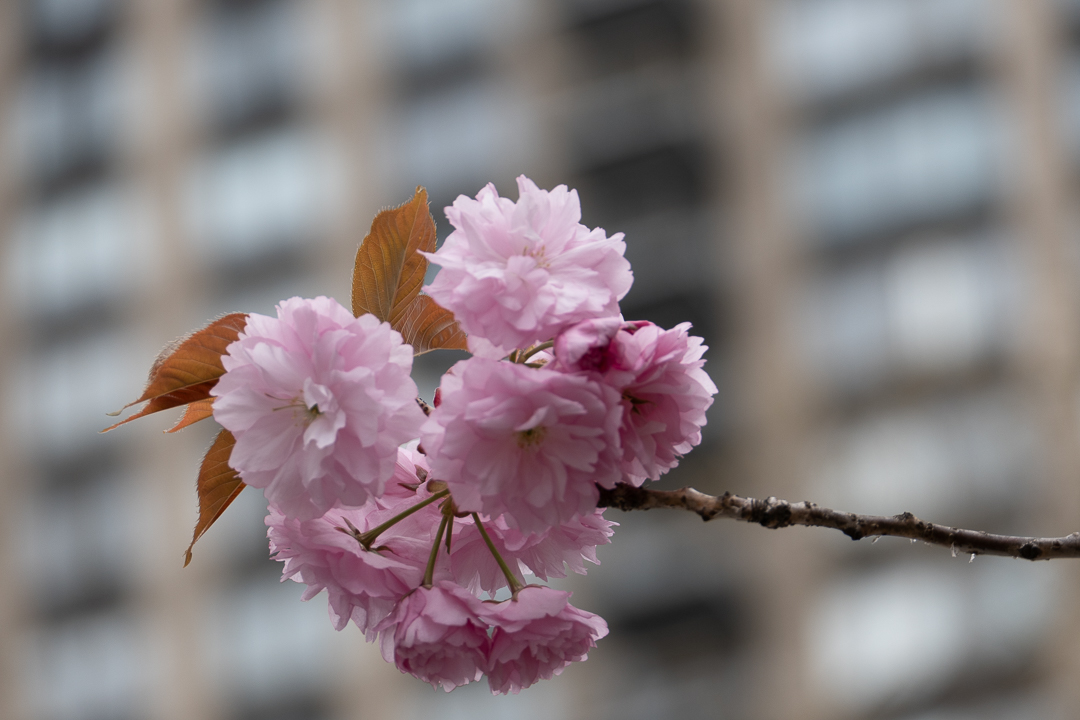 And then we continued until we reached 34th Street and hopped on the subway to return to the hotel before walking over to the Winter Garden to see The Music Man. 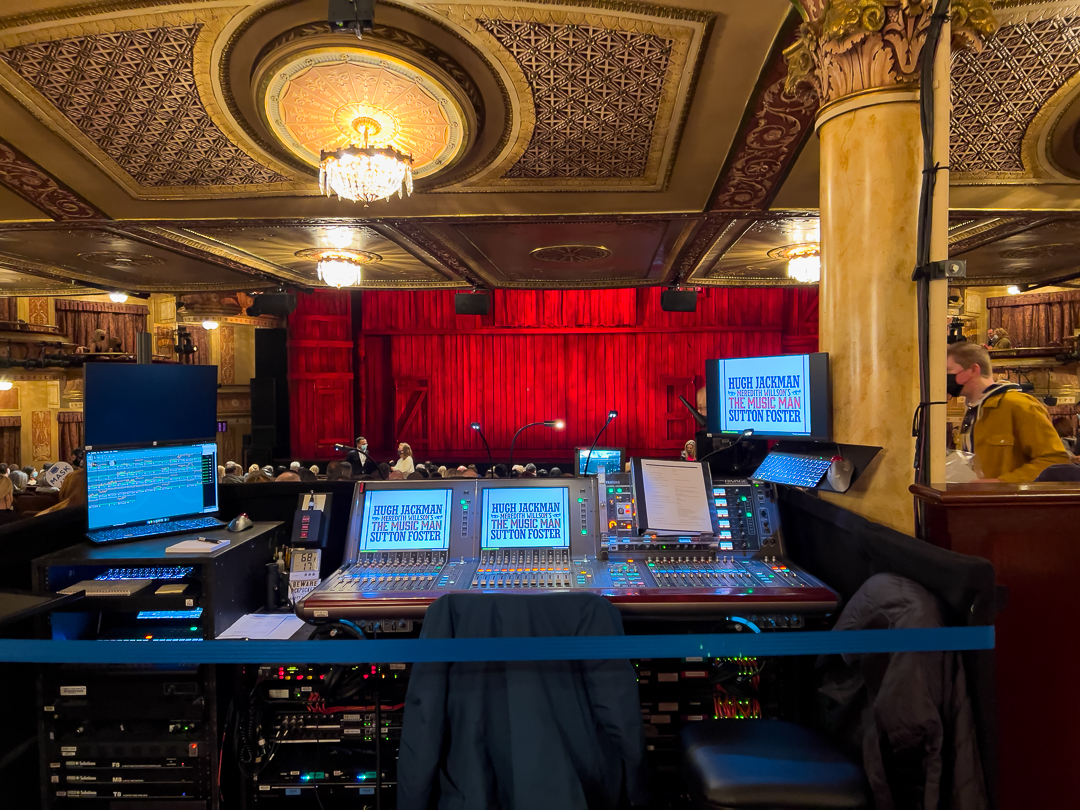 We’d splurged on the tickets – E107 and E108 – and luckily, the people in front of us were not so tall as to block the view. Hugh Jackman and Sutton Foster were great – they nearly broke each other during the second act – and there were no slouches in the rest of the cast, either. It’s “Broadway Cares” month, and after the show, they auctioned off the gloves that the leads wore tonight – autographed, of course – and raised $11,000 in the process. 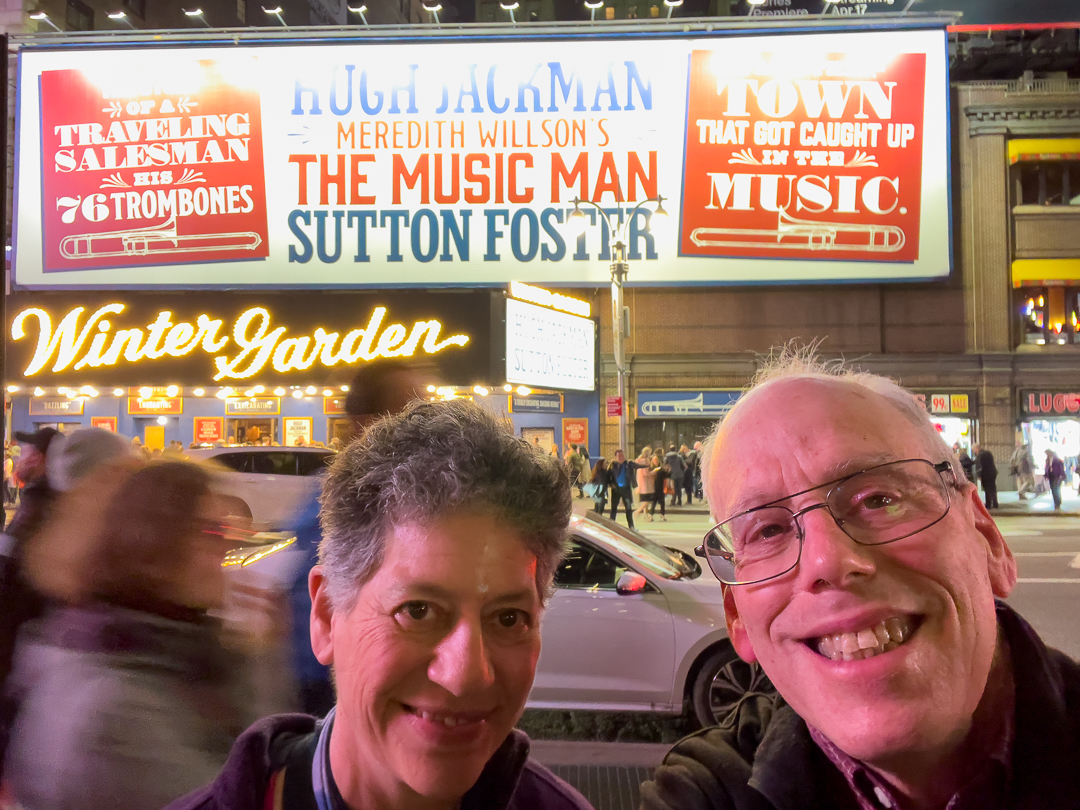 And so ends another day in the Big Apple. 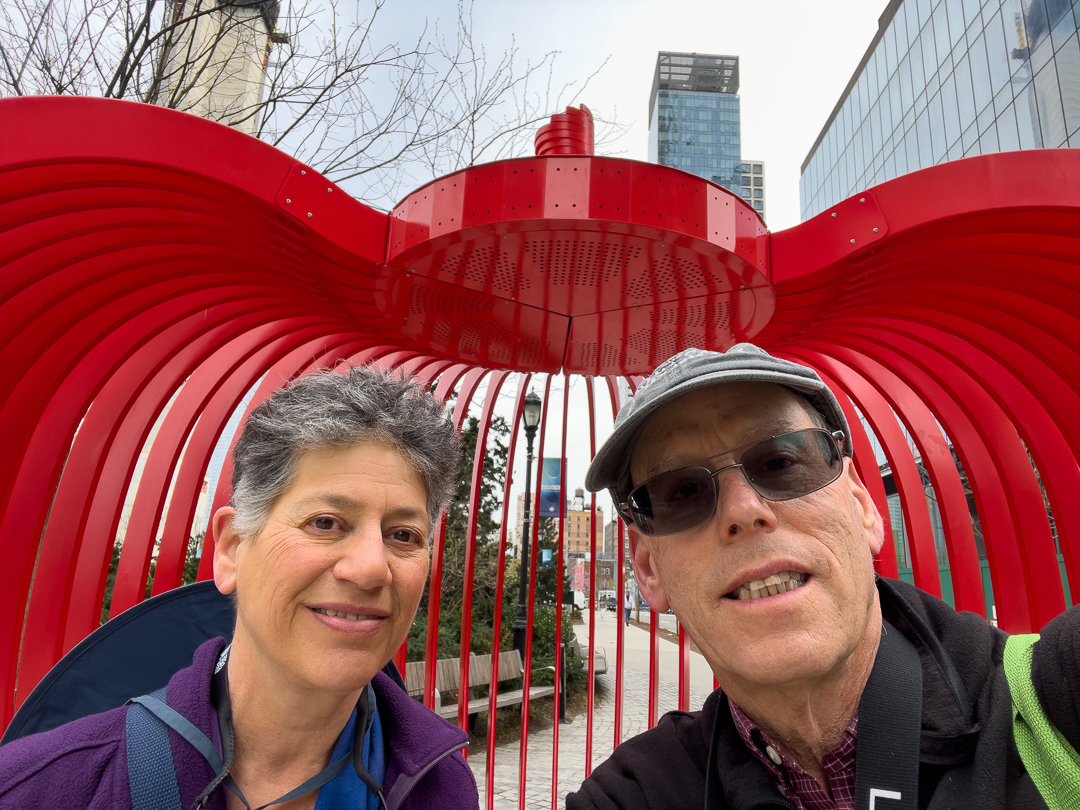