Today was our last day in Washington, and we actually spent most of it in Virginia at Mount Vernon. We’d been there before, many years ago; it is a much more sophisticated enterprise these days!

We started at the Visitor Center and watched the orientation film, then we headed out to explore the grounds before our appointment to take the mansion tour. 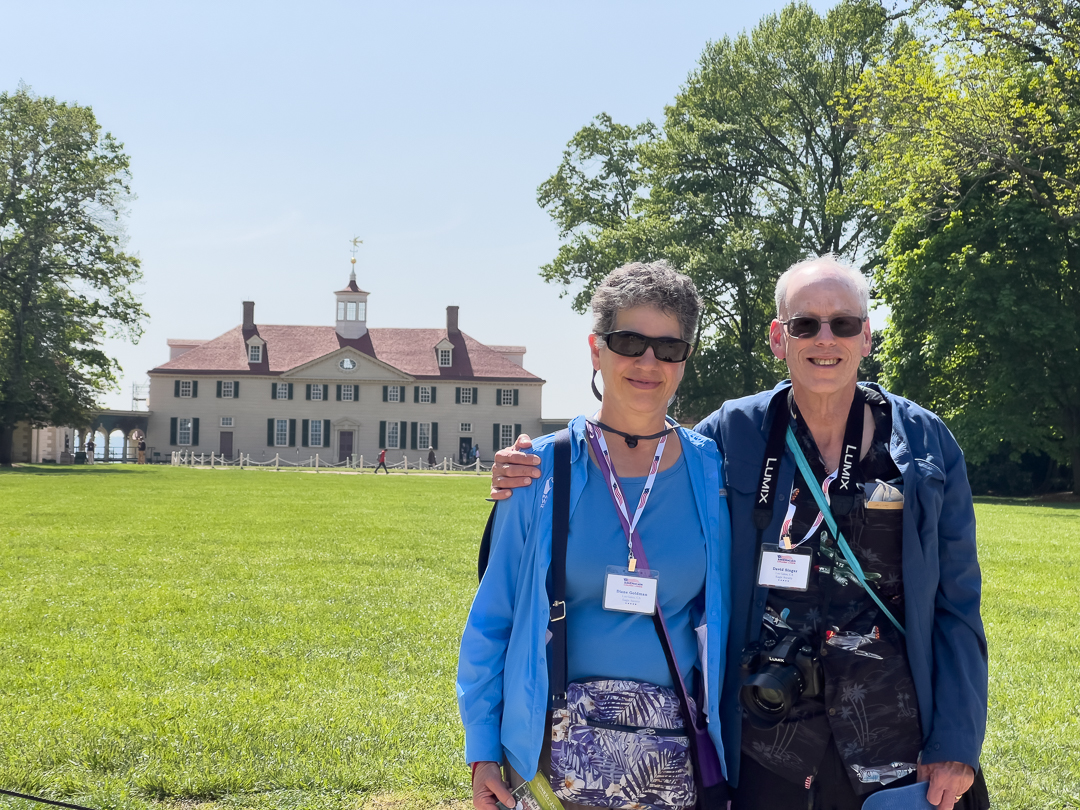 We started by paying our respects to the President and his wife at their tomb. 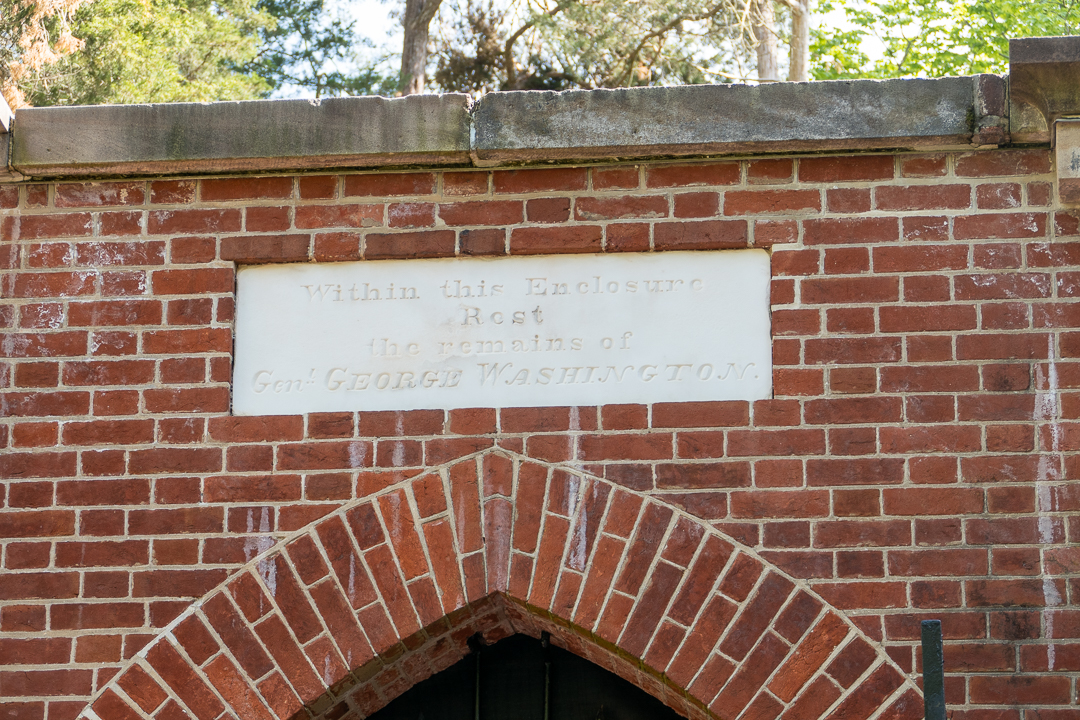 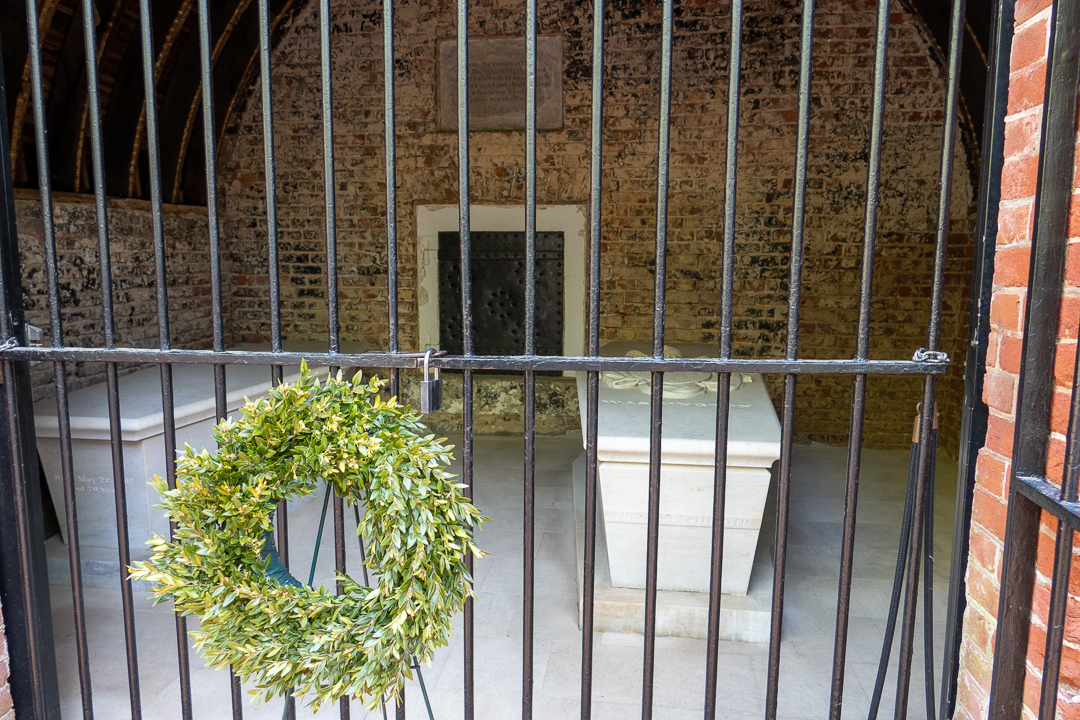 The burial ground for enslaved people who had lived on the estate was not far away; there were two memorials there. The first was installed in 1929 (and was the first such monument in the country), and the second in 1983. Language has changed! 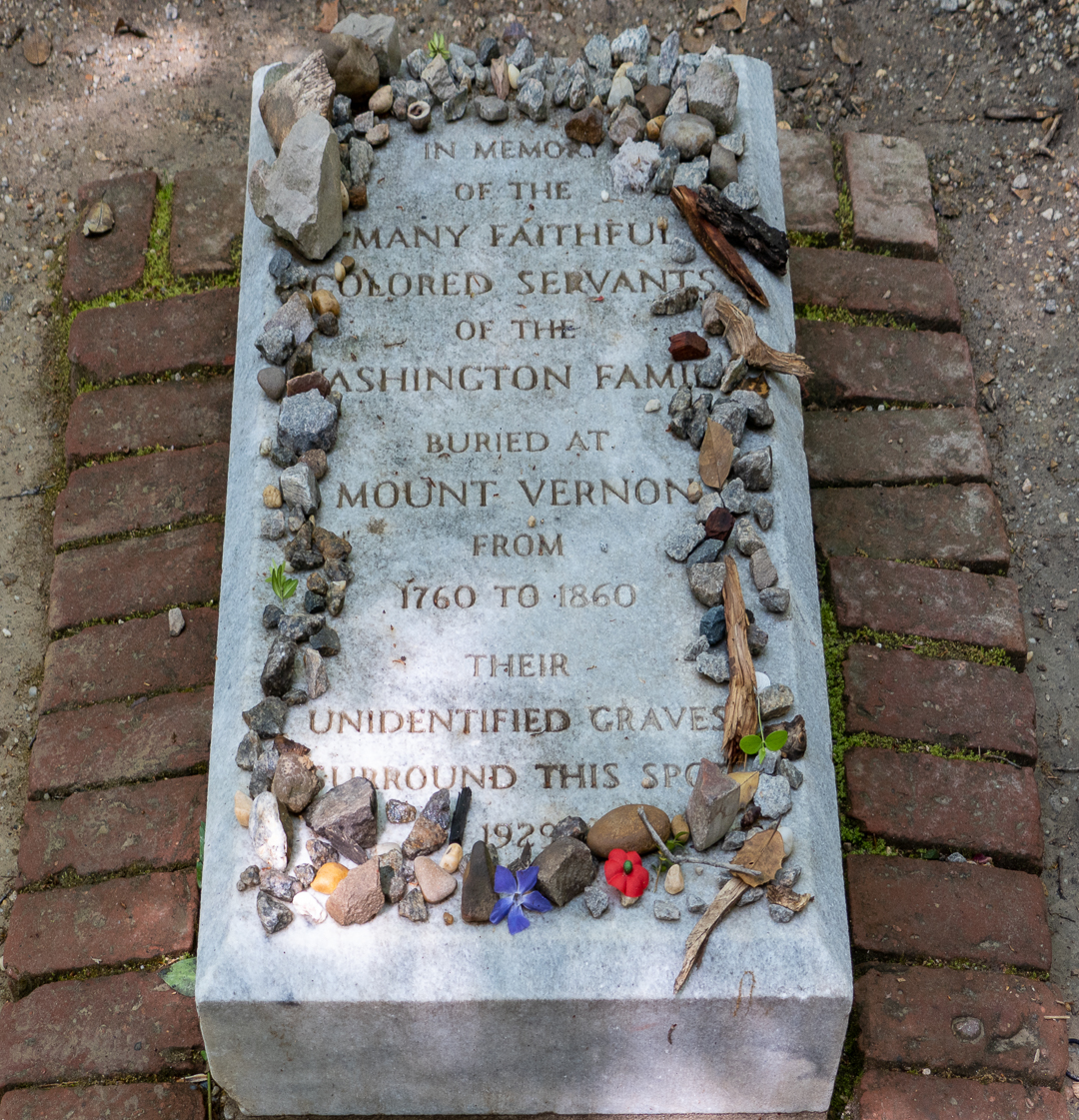 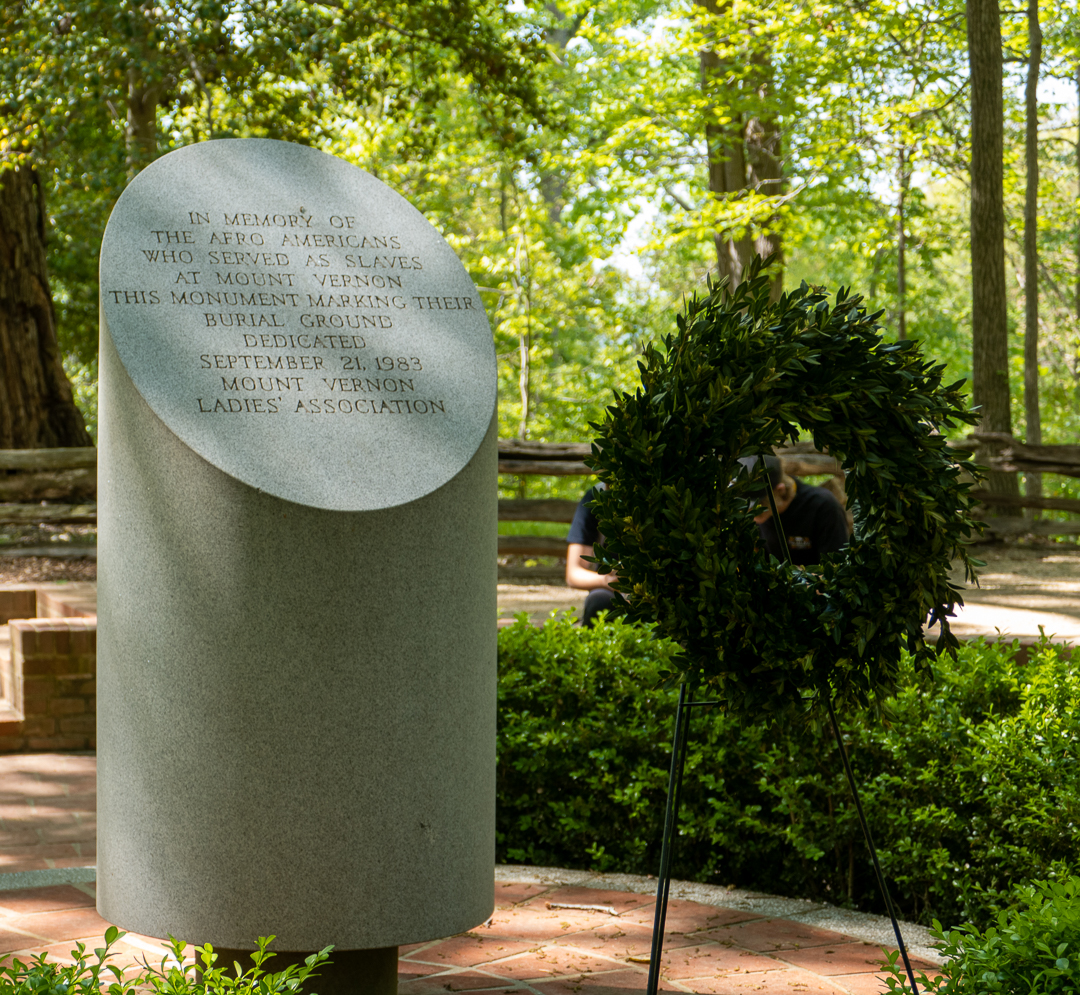 It seemed like a good idea to visit the necessary before taking the mansion tour. 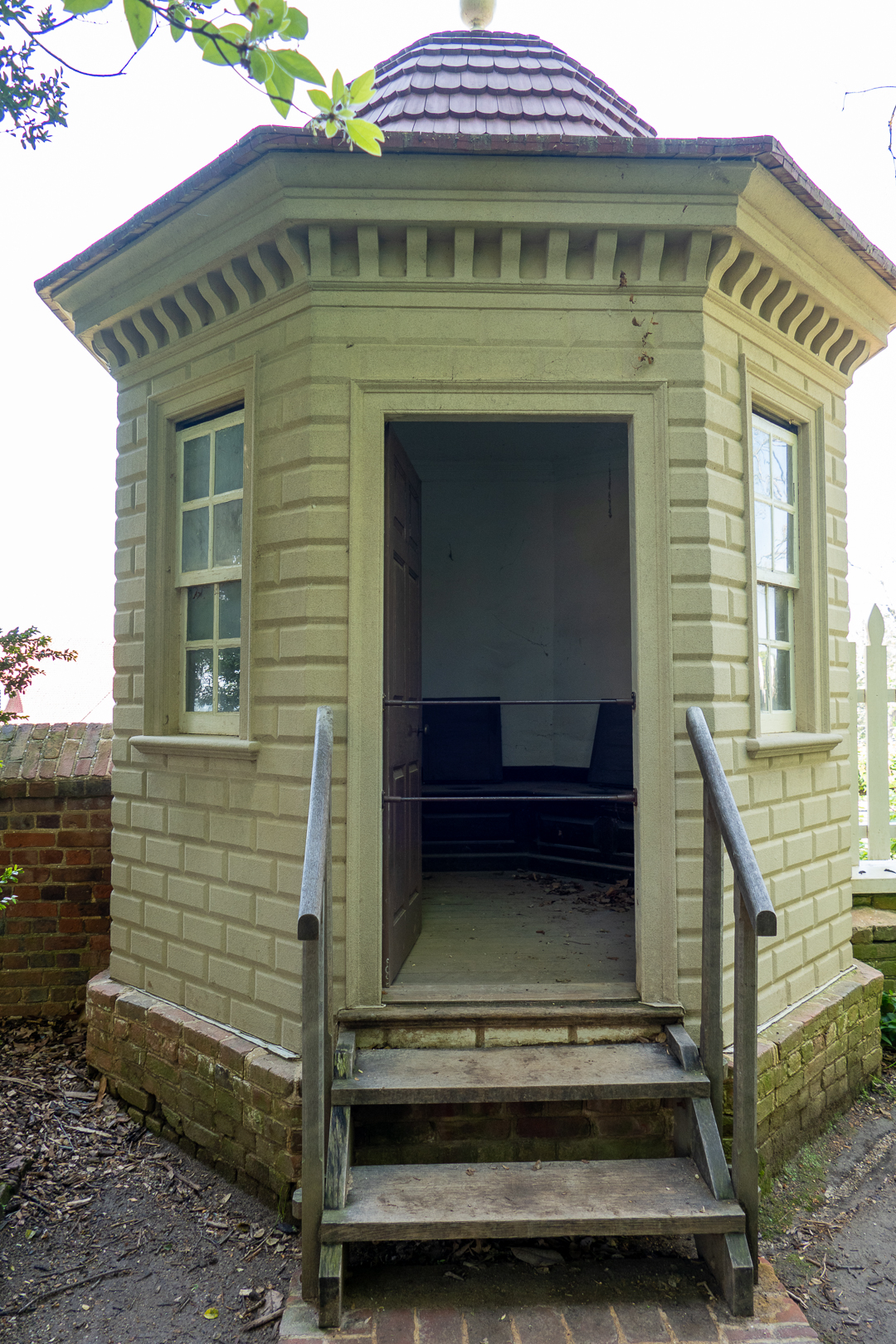 One of these photos was taken in the 21st Century necessary; the other was in the reconstructed version of Washington’s necessary. Can you tell which was which? 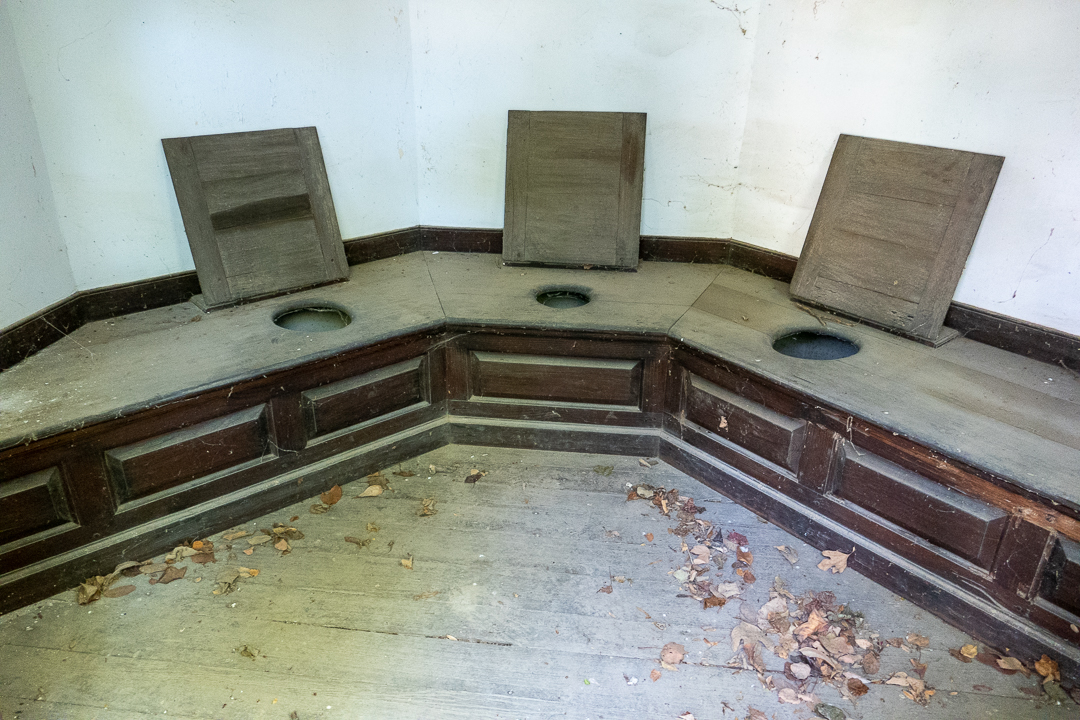 We also took a look at Washington’s coach house and one of his coaches. I like our Prius better. 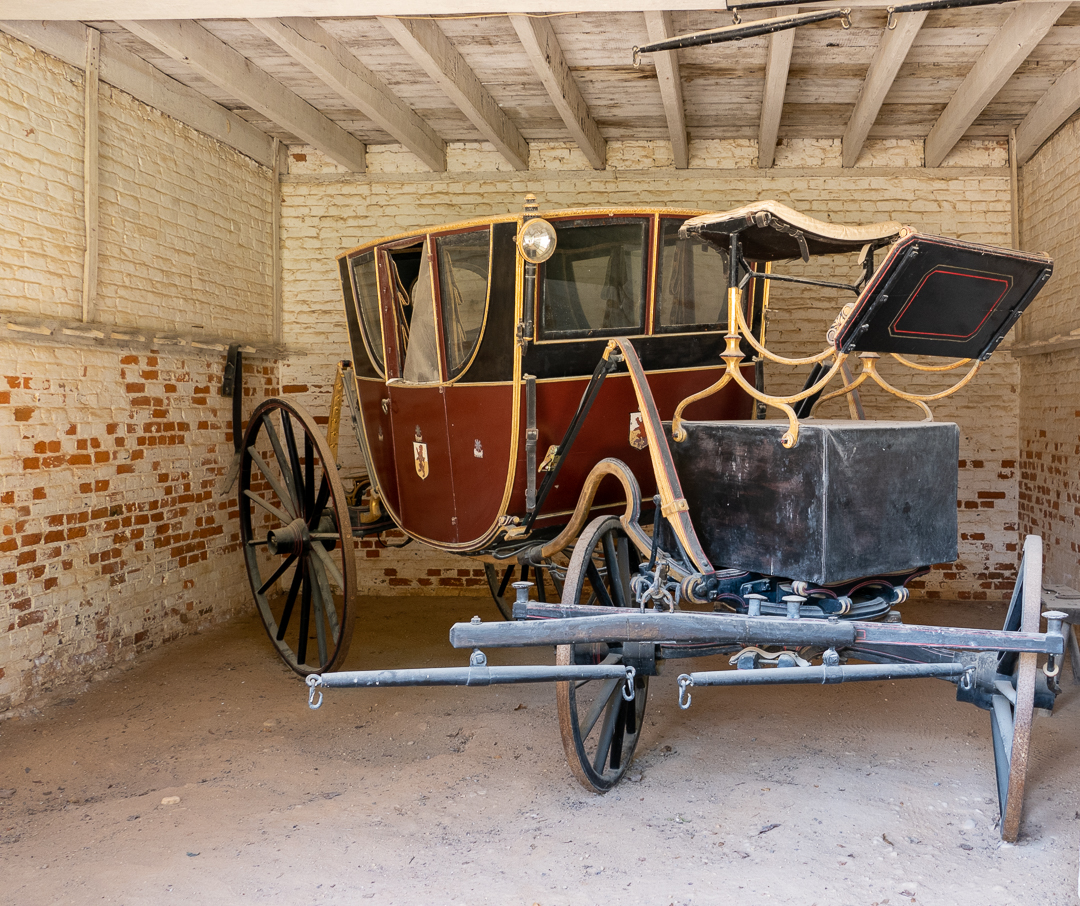 We started our mansion tour in the “New Room”, named because it was the last room added to Mount Vernon. 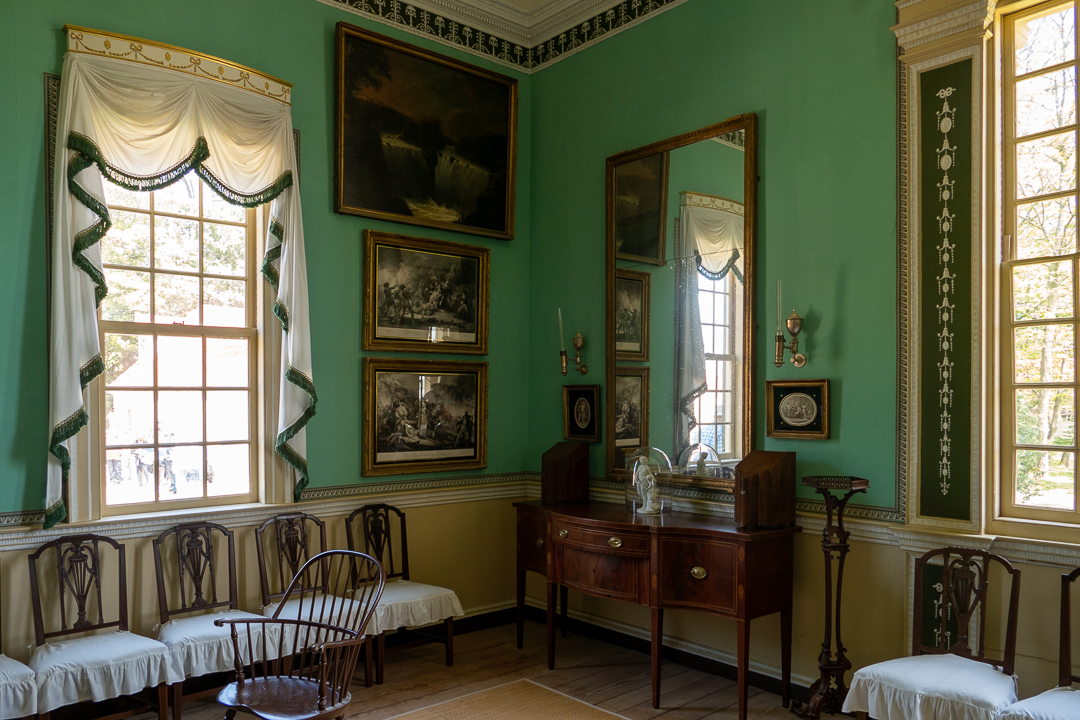 George Washington himself picked the paint in the dining room; the color is verdigris and was very expensive, so he was showing off his wealth. Good thing he didn’t think of gold toilets! 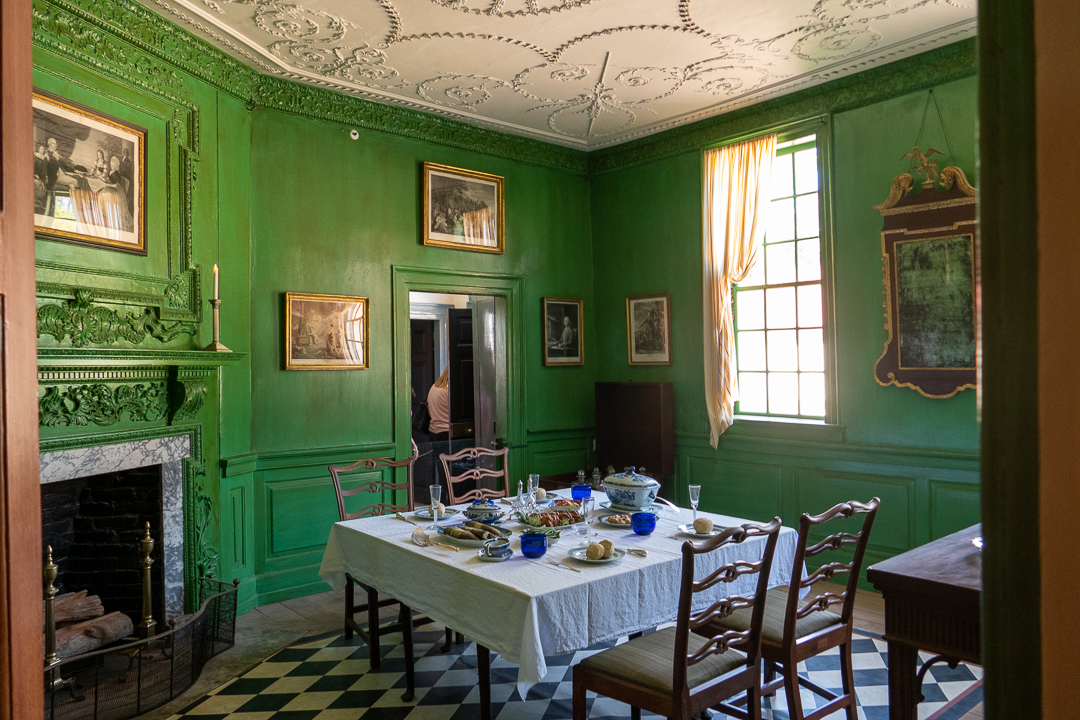 There were many guest bedrooms; one is called the “Chintz Bedroom” because of the drapes and bedspread. Chintz, too, was not cheap. 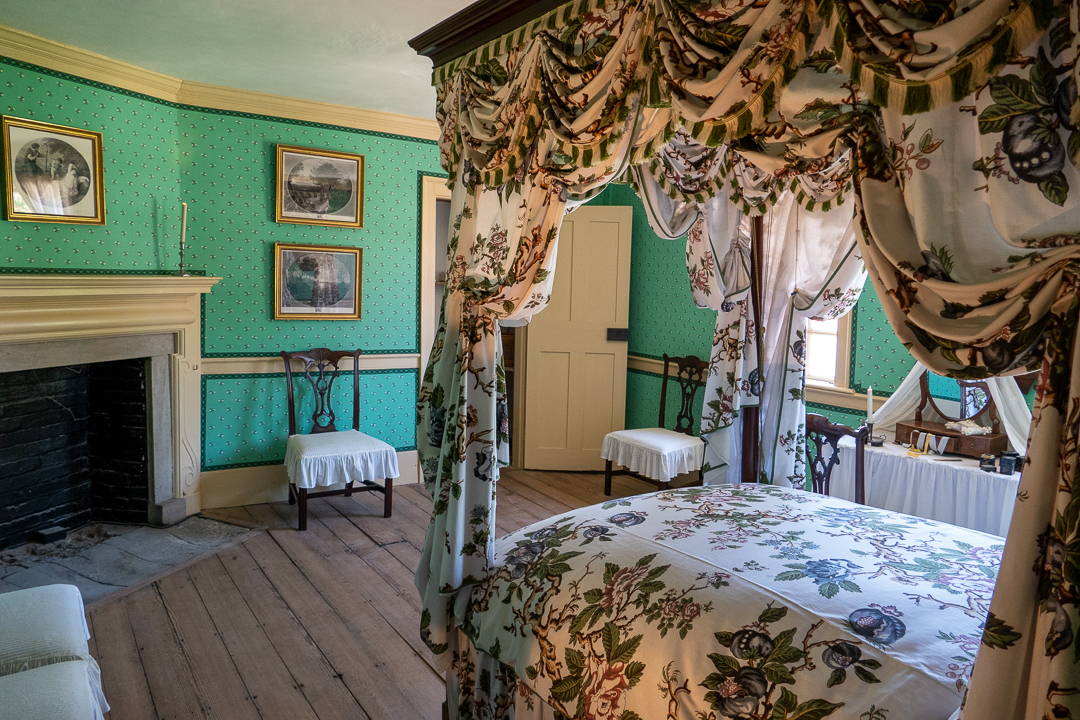 Washington had a very functional office; he even had a desk fan over one of his chairs, powered by a servant. 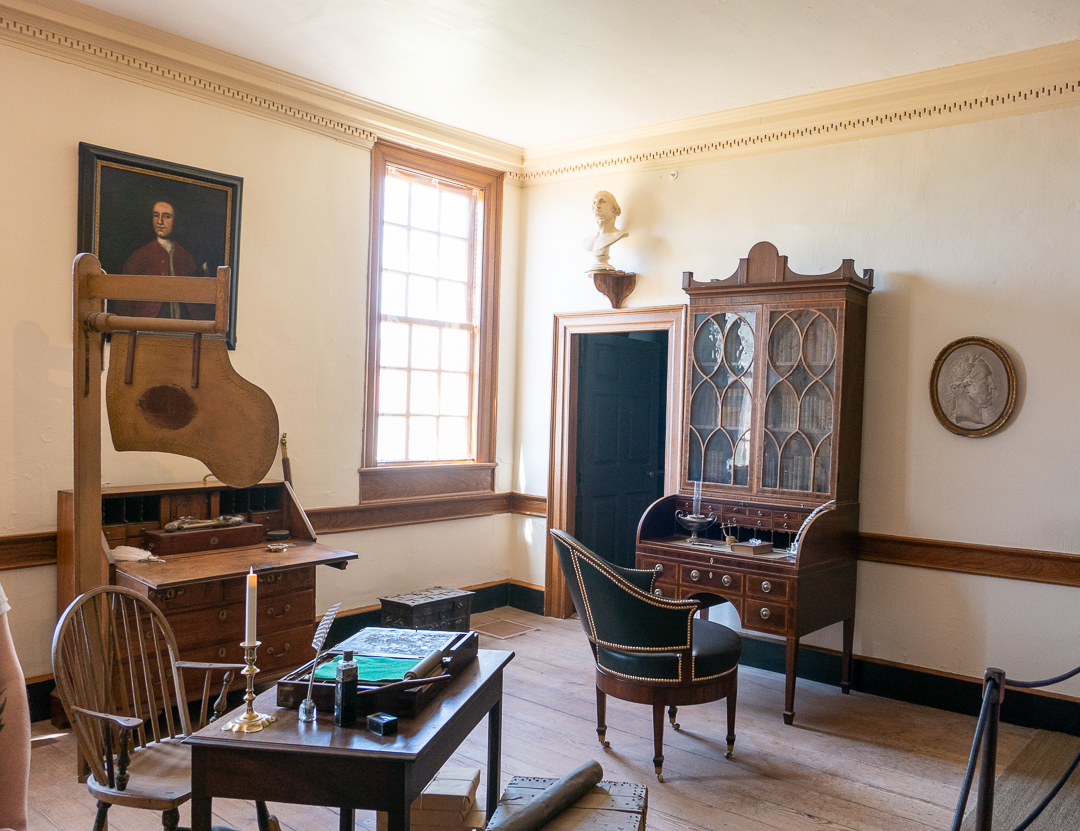 The mansion was warm, so we were happy to be outside again to enjoy the scenery. 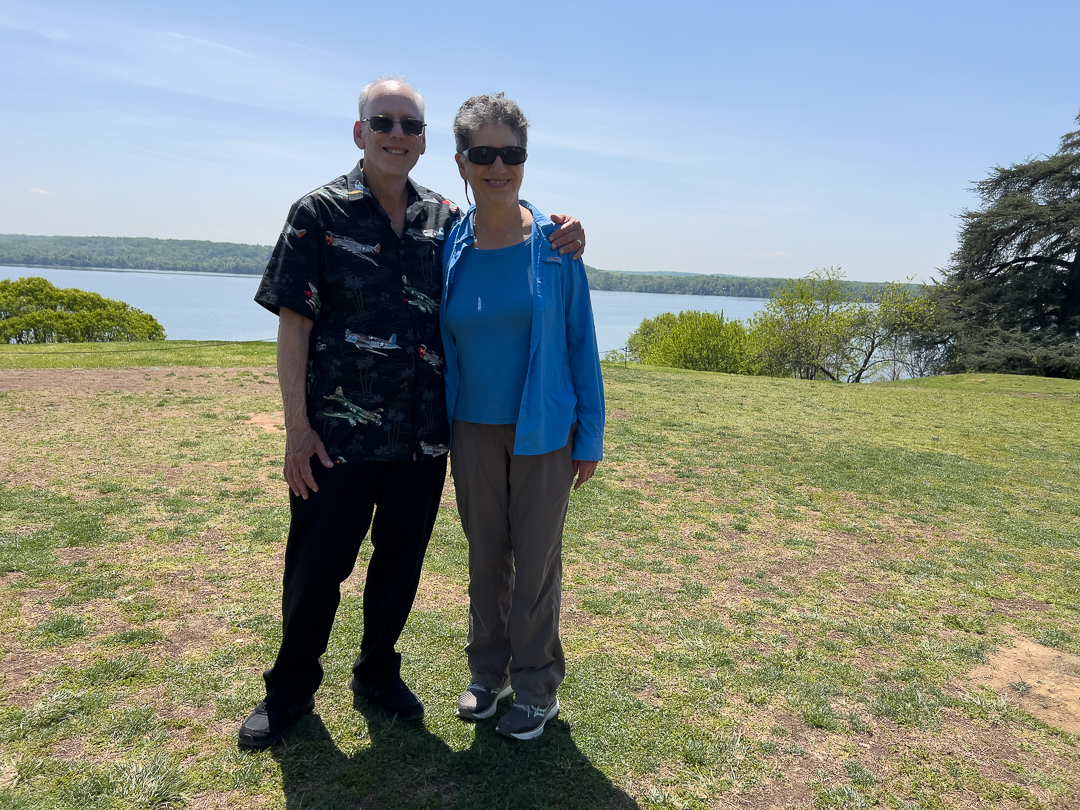 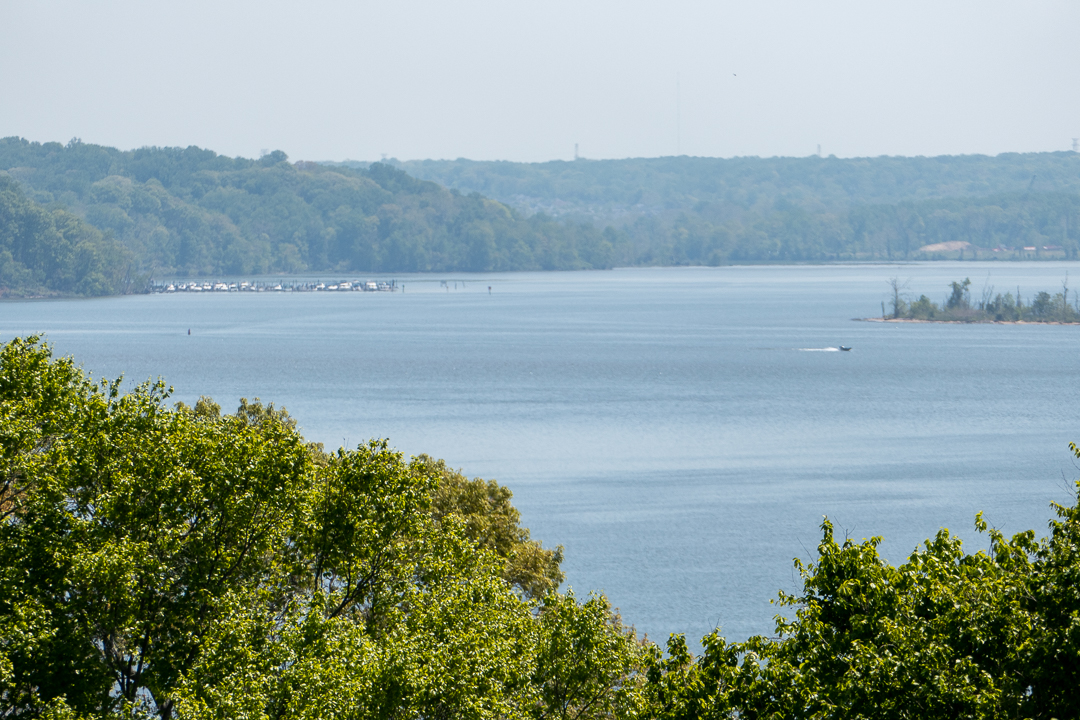 Of course there were flowers to enjoy, too. 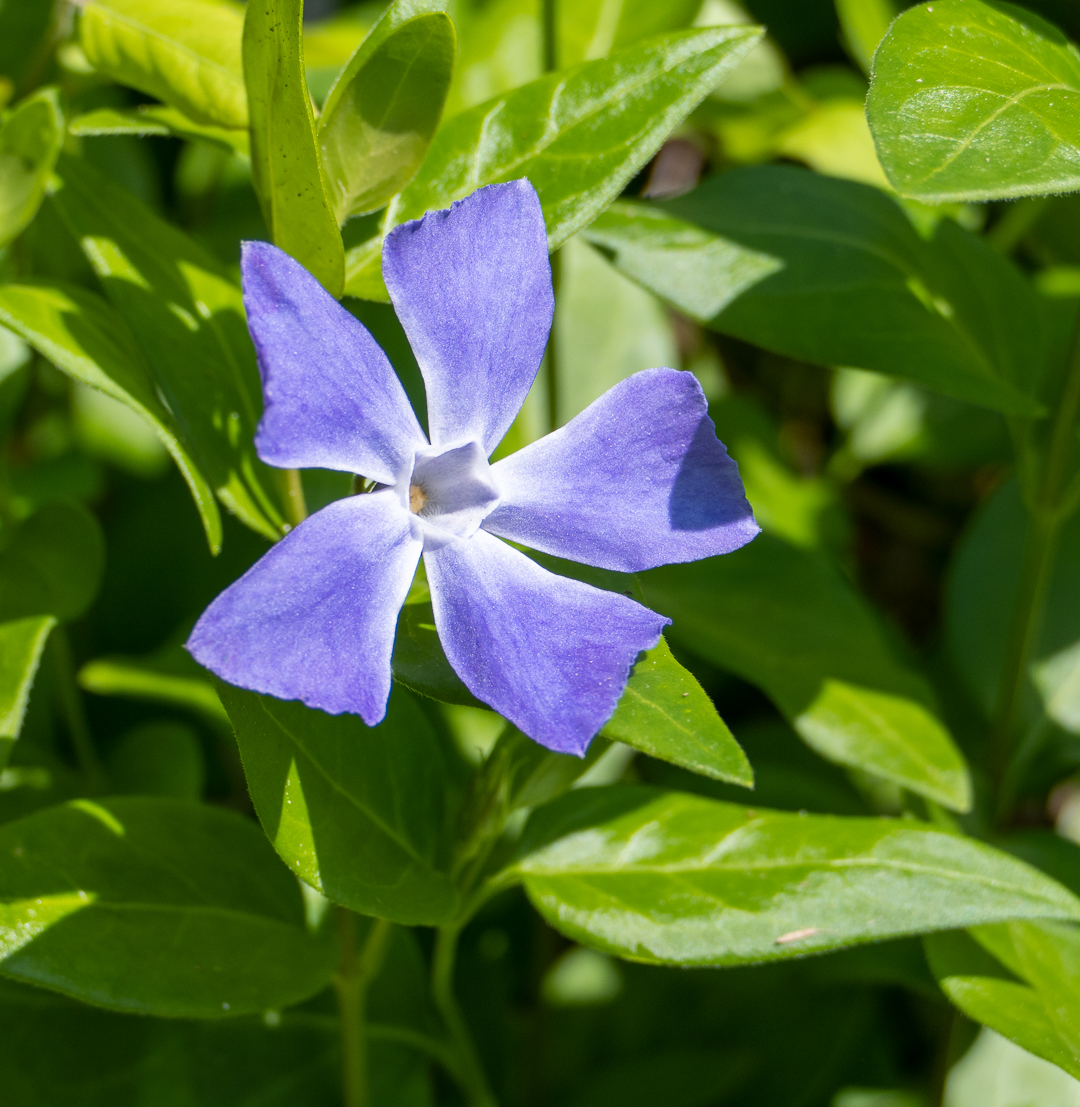 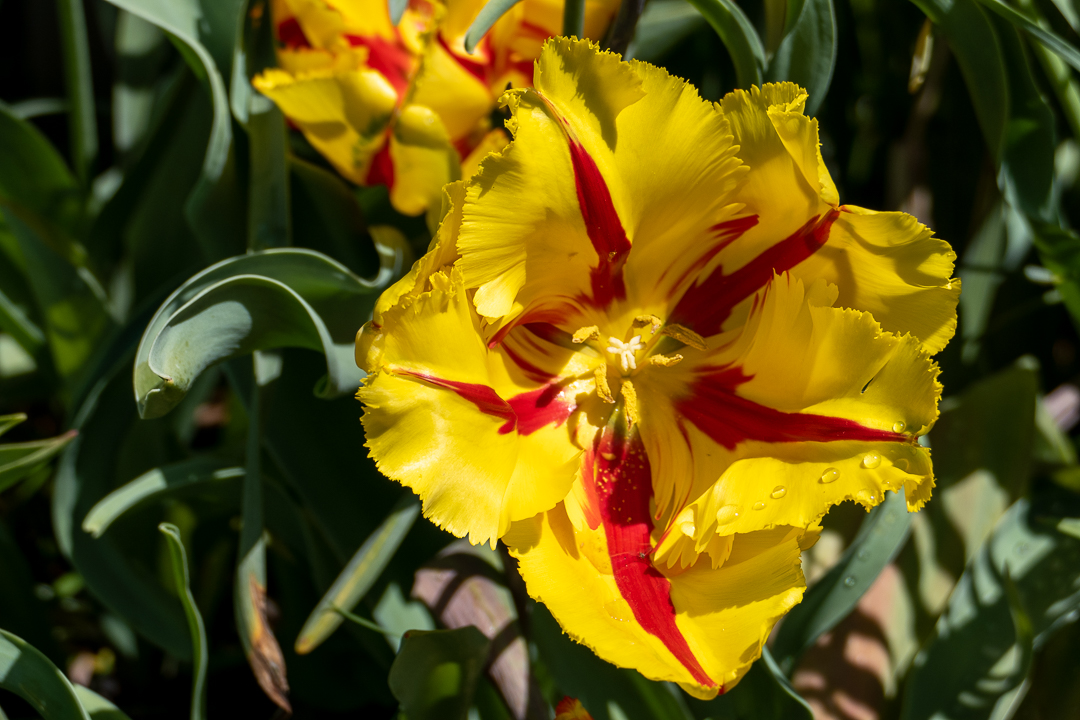 We got back to the ship and I took advantage of the last of the high-speed wifi from the Wharf; I had to be outside to get a good signal, which meant that the helicopters doing practice runs were very loud. One of the other guests said that they saw a Presidential copter at least once, but I don’t think I got a photo of that one. 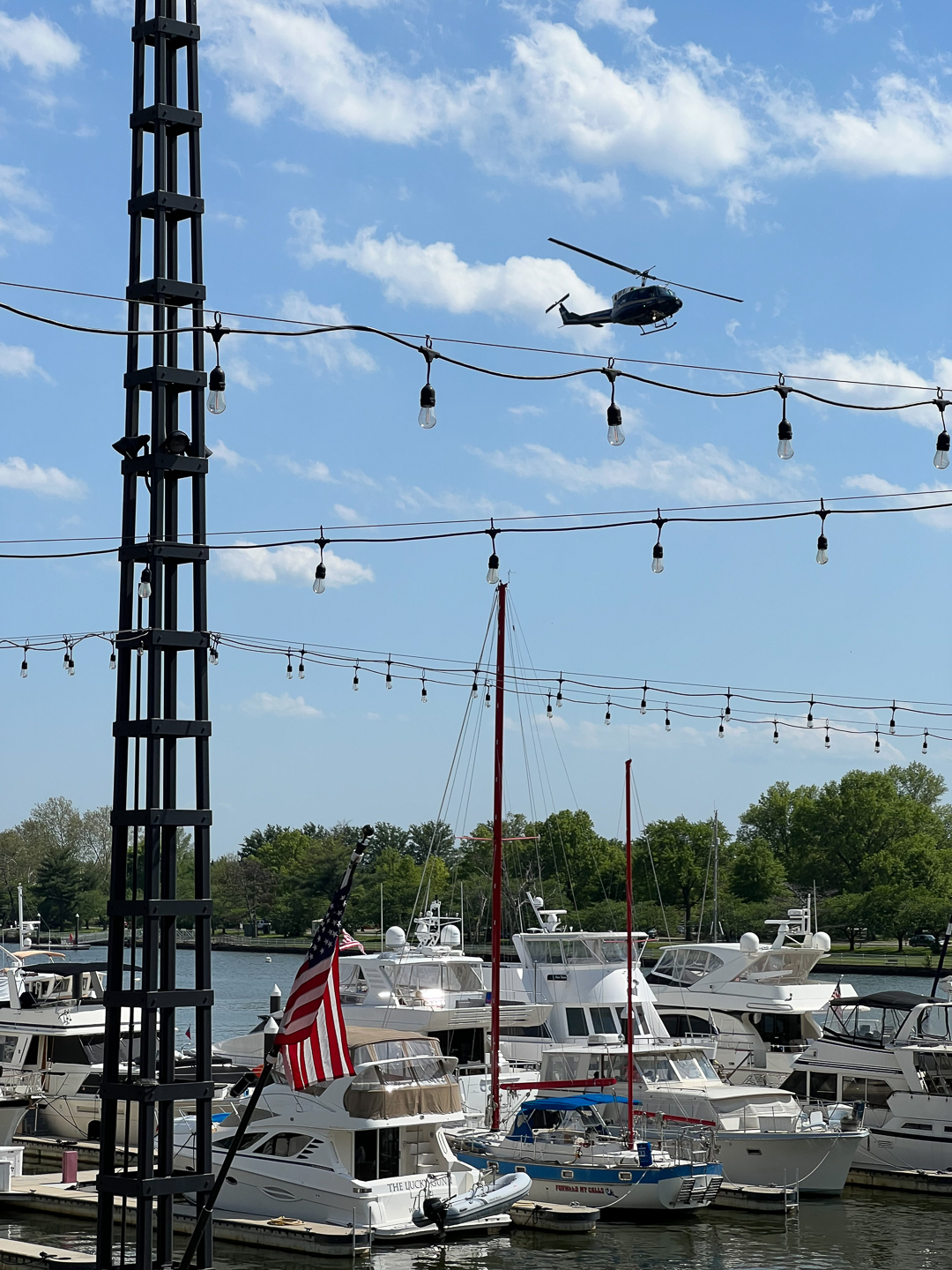 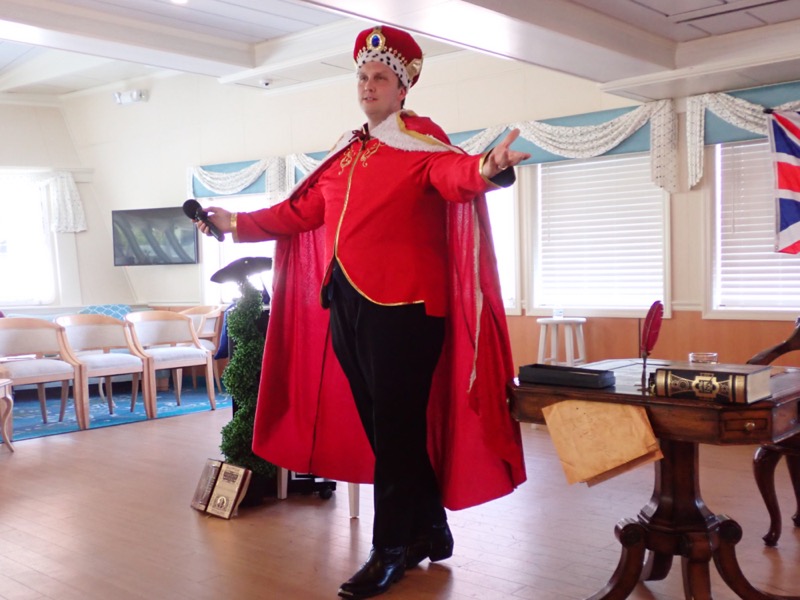 We’re en route to Cambridge, Maryland for tomorrow’s tours; it will be a much quieter place than the Wharf. Internet connectivity may be limited tonight, so I’m posting now while we’re still very near DC.